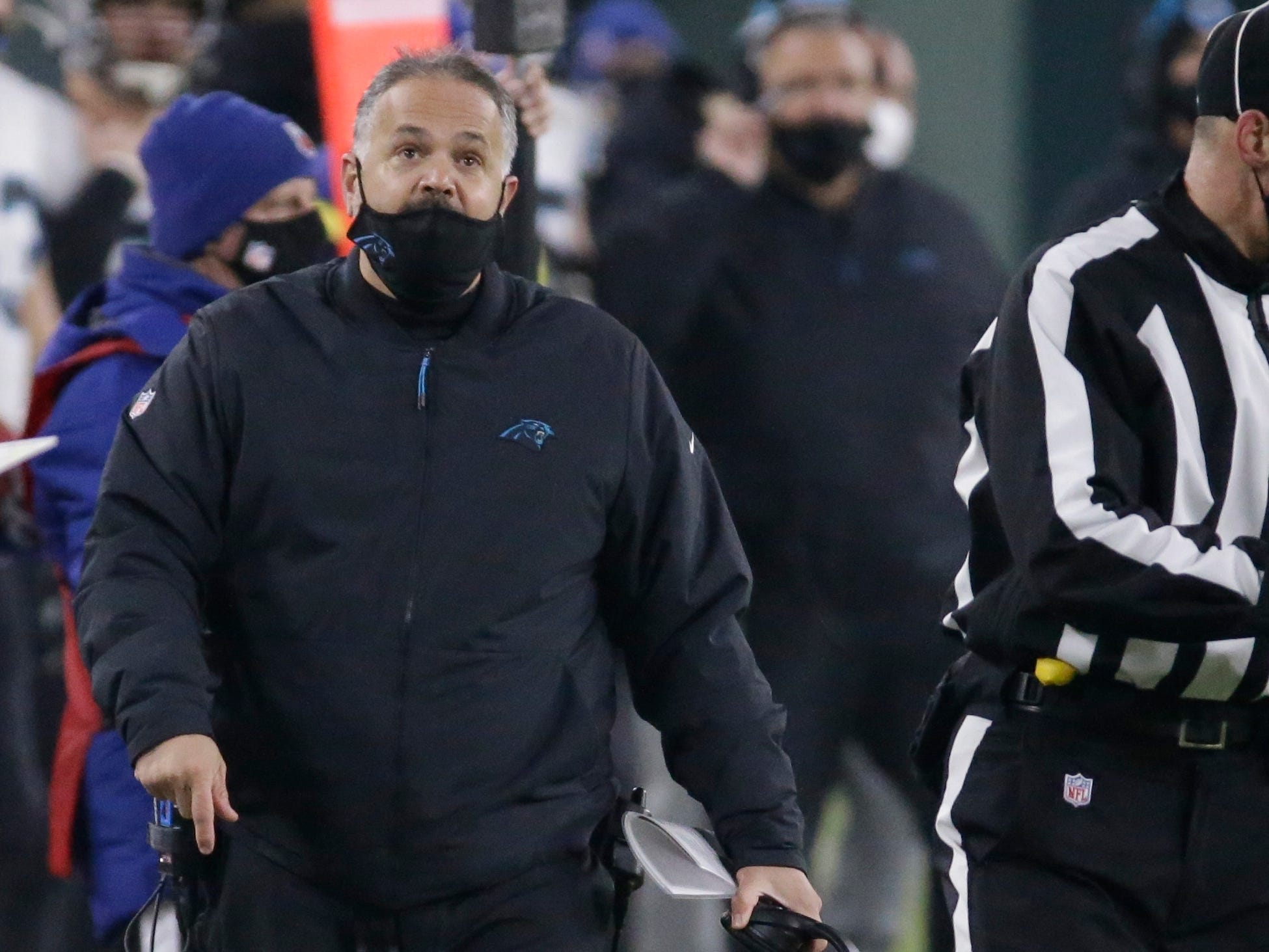 Trailing 24-13 in the fourth quarter, the Panthers got the ball back with just 3:39 remaining in the game, needing a field goal, touchdown, and two-point conversion to tie the game.

The Panthers’ offence made quick work, marching down the field against a Packers defence playing back to avoid giving up a game-changing play. Teddy Bridgewater found wide receiver DJ Moore around midfield, who broke free from a trio of Packers defenders and rushed into the red zone.

Give him some YAC! ????@idjmoore gets the @Panthers in position for a quick field goal. One score game at the 2-minute warning.

With the Panthers so close to the end zone, one might think that they’d take as many shots as they could at scoring the touchdown they needed to begin their comeback. Instead, Rhule opted to send out his kicker to kick a field goal.

On Twitter, many fans were perplexed by the Panthers’ decision â€” the team needed a touchdown and were knocking on the door of the end zone. Why would they give up the chance to get a score they so desperately needed?

I don’t understand the panthers kicking a field goal before the 2 minute warning. You are inside the red zone.

Some even claimed conspiracy, as the Panthers had entered the game as 8.5-point underdogs against the Packers, meaning the field goal suddenly swung the game from a betting perspective.

Panthers kick a field goal down 24-13 on 1st and 10 and the spread was 8.5 but tell me again how the NFL isn't totally fixed. And don't forget 90% of money and everyones teasers/parlays needed GB.

Some experts were confused by Rhule’s decision to kick the field goal early. On Monday, Peter King of NBC Sports wrote that he was considered naming Rhule his “Goat of the Week.”

“Rhule has to have a meeting with his analytics people this week,” King wrote. “The situation: Carolina, down 11 with 2:08 to go, FIRST down at the Green Bay 15-yard line. Panthers had one timeout left. The decision: Panthers kick a field goal to make it 24-16. Then they opted against an onside kick.”

King cited Pro Football Focus, which dropped the Panthers’ chances of winning the game from 5.5% after Moore’s big gain to 4.1% after the successful field goal.

But taking a closer look at the situation, it’s clear that Rhule’s decision was one based on sound logic, and his savvy play against the clock nearly worked out for the Panthers.

Heading into the start of the drive, the Panthers’ biggest opponent was not the Packers defence, but rather the clock. After Moore’s big gain down the sideline, the Panthers had just two chances left to stop the clock â€” their last remaining timeout and the two-minute warning.

Had Carolina continued to push towards the end zone, they would have hit the two-minute warning on their next play. After a touchdown, the only way to get the ball back would be to convert an onside kick. Given the low rate at which kicking teams have recovered onside attempts in recent years, it makes sense that Rhule wanted to put his fate in the hands of his defence.

And to Rhule’s credit, his plan did give the Panthers’ offence a shot at tying the game. After forcing a three-and-out from the Packers, Carolina got the ball back, trailing by eight with 55 seconds remaining. That drive sputtered, with the Panthers turning the ball over on downs before they could even cross midfield, but the Panthers had a shot of completing the comeback thanks to Rhule’s clock management.

End-of-game scenarios like this are never clear cut, and there’s still a good argument for Rhule to have tried for the touchdown first and figured out the field goal later. That said, there’s nuance to this, and watching how the final minutes played out, it’s clear that Rhule had a plan in mind, and that plan was executed all the way up until the Panthers turned the ball over on downs on their final drive.

You might disagree with Rhule’s clock management, but you can’t say his plan was a bad one.