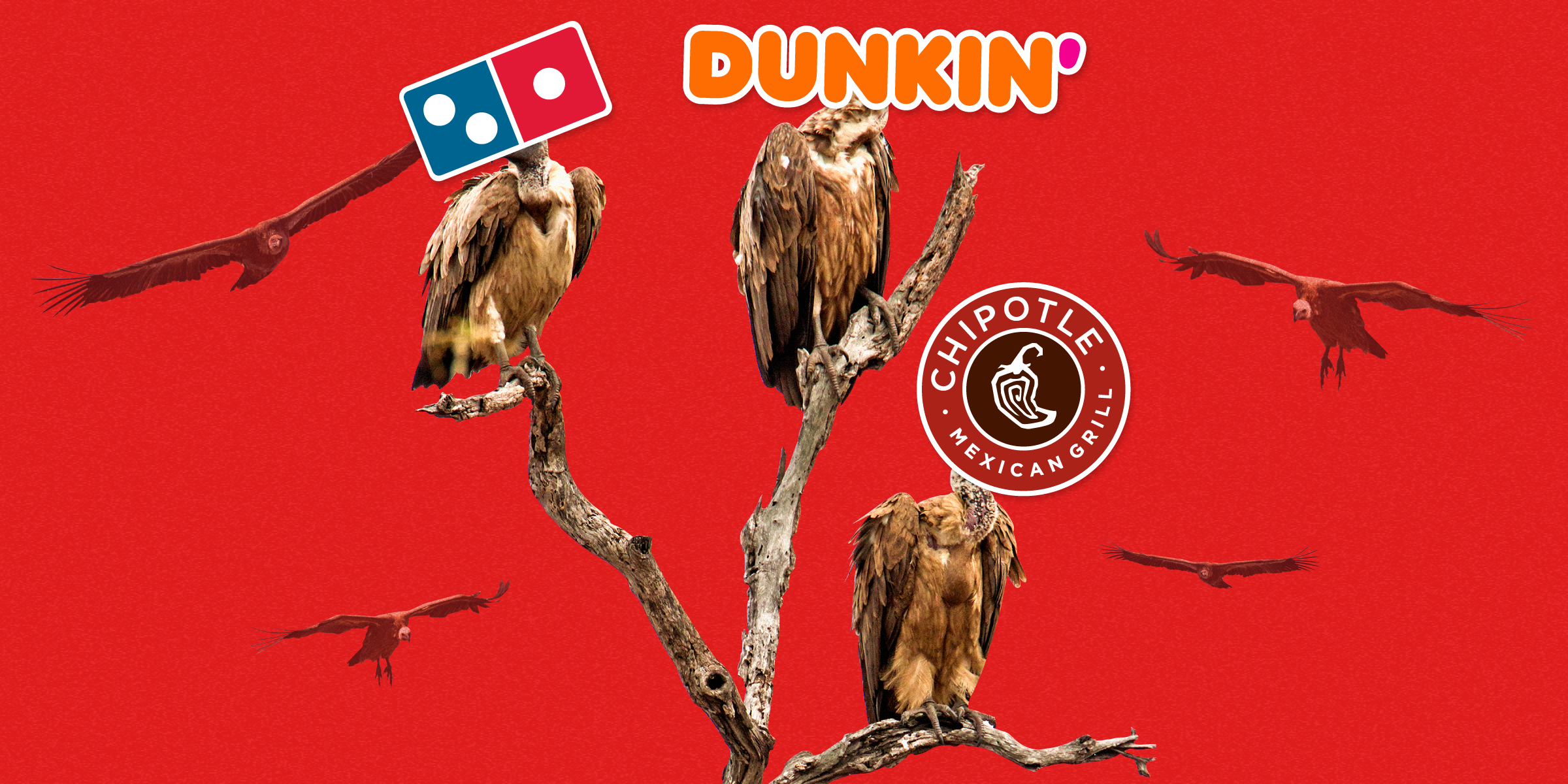 iStock/Getty Images; Samantha Lee/Business InsiderFast-food executives have been emphasising real estate opportunities as the silver lining of the pandemic.

After falling in love with Dublin’s pubs on a study abroad trip, Elliott Nelson abandoned his plans of becoming a lawyer and decided instead to open up an Irish pub in economically depressed downtown Tulsa, Oklahoma. He knew he’d face difficulties, but he never imagined the challenges the pandemic would bring.

That single Irish pub, McNellie’s, is now McNellie’s Group. It employed over 700 people across twenty restaurants before the pandemic. But now with Paycheck Protection Program money long gone and no additional aid in sight, Nelson is being forced to consider shutting down some of his restaurants permanently. And a major chain already has its sights set on one of those restaurants.

In other words, the pandemic is paving the way for chains to take over the American restaurant industry. As independent restaurants struggle to stay afloat, the looming domination of chains seems inevitable. 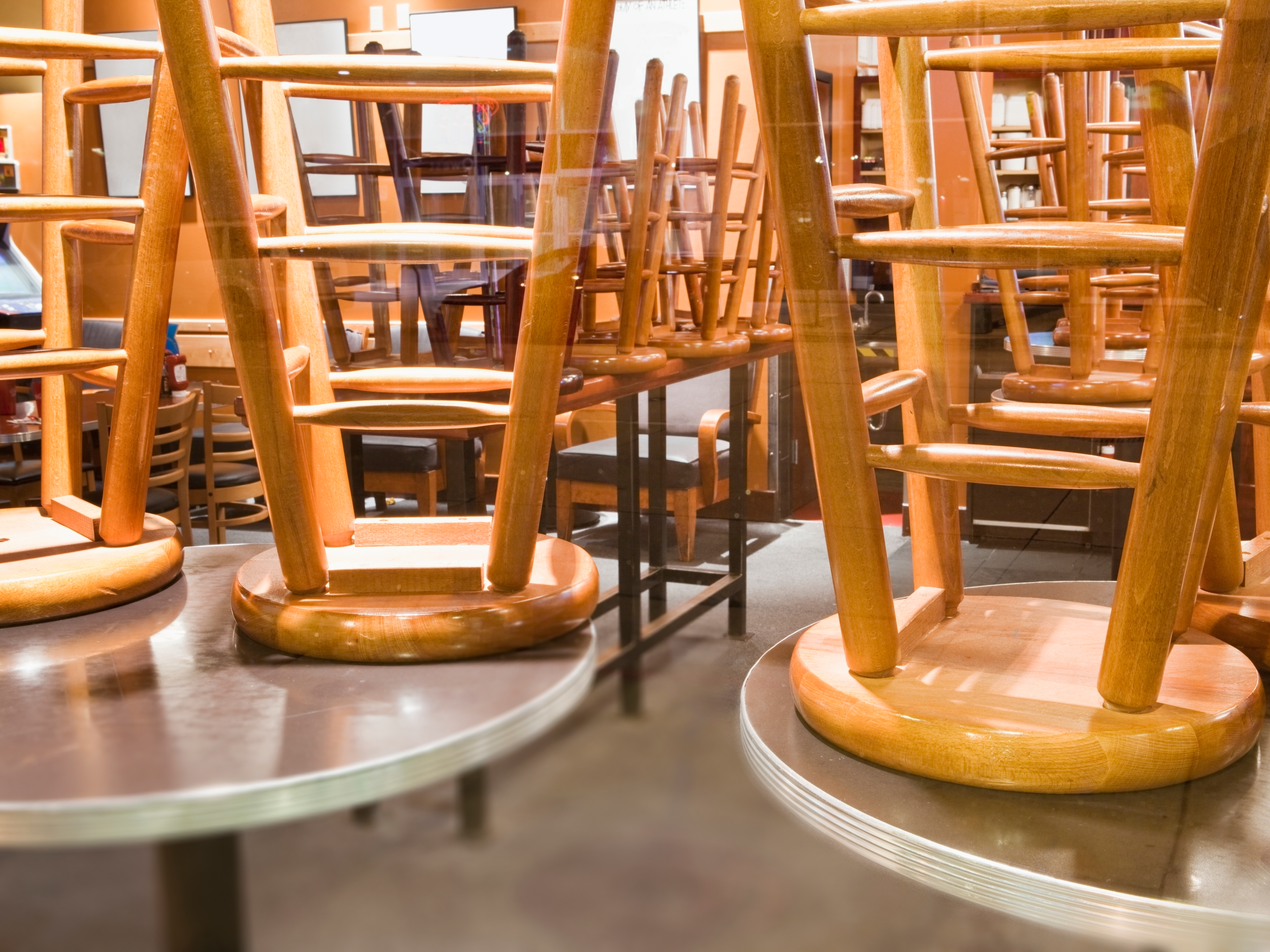 GettyThousands of restaurants across the US have already been forced to shutter.

Fast-food executives have been emphasising real estate opportunities as the silver lining of the pandemic.

Dunkin’ executives said that the impending closures of independent local coffee shops presented opportunities for franchisees. In a statement, Dunkin’s senior director of franchising development, Steve Rafferty, said that “franchisees, who are small, independent business owners, are always looking for new development opportunities, in the communities where they live and work.”

Domino’s CEO Ritch Allison said that the pizza chain planned to speed up expansion, thanks to real estate opportunities that “weren’t available in the past.” The pizza chain declined to comment further on its plans.

Restaurant Business reports that Chipotle has been reaching out to restaurants that aren’t even closed yet, offering to buy out their leases in the case they are “looking for relief.” Laurie Schalow, Chipotle’s chief corporate affairs and food safety officer, said that the chain continues to “open new restaurants and sign new leases to satisfy customer demand for Chipotle restaurants.”

“As new construction has slowed in many markets, we are seeing an increase in brokers reaching out to us with new lease opportunities,” Schalow said. “We work through a network of brokers in each market, who know our site criteria for opening a successful Chipotle, and they bring deals to us where the landlord is already looking for a new tenant.”

As restaurants close up shop, these departments will spot desirable real estate in regions where chains wish to expand. With landlords lacking the leverage they had prior to the pandemic and corporate real estate lawyers on hand, chains are in an enviable position when it comes to negotiating rents.

“Some of the major franchise chains that have franchisees that really remained successful through this thing are going to want more units,” Libava said. “And they’re going to be able to snag them … cheap.”

Why chains will profit off the restaurant apocalypse 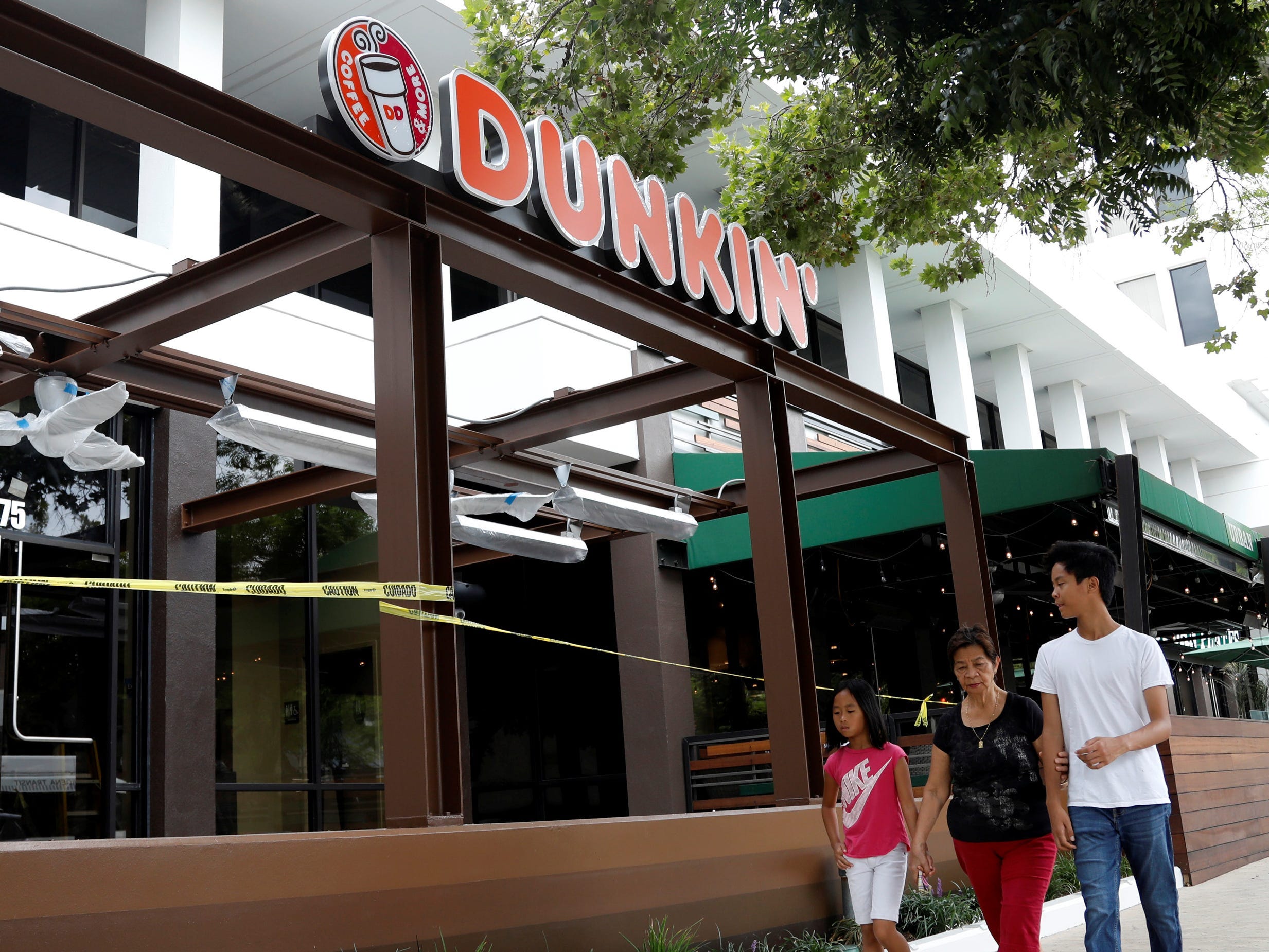 ReutersDunkin’ believes that the pandemic could create real estate opportunities.

“It’s not going to be pretty” for the kind of person who eats locally sourced food and seeks out cute independent coffee shops in the coming months, Libava said. While he notes many franchisees are run by local small business owners, the shock of seeing countless independent restaurants taken over by global brands will leave a bad taste in many people’s mouths.

A Bank of America report from early July found that spending at big chains was down just 4% year-over-year, compared to a 25% drop for independent restaurants and small chains.

Chains are more likely to be fast-food and fast-casual concepts that are better prepared for to-go food than independents, the Bank of America report notes. The majority of these major restaurant companies invested in digital ordering and delivery prior to the pandemic, while mum-and-pop shops scrambled to transition to a model that relies on a thriving take-out business.

In New York alone, a report by the office of New York Comptroller Scott Stringer found that at least 1,289 restaurants closed permanently in the city between March 1 and July 10.

One neighbourhood staple forced out of business by the pandemic was Bennie’s Thai Cafe in Manhattan’s Financial District. Thai immigrant Bennie Boon and her husband James had opened the restaurant in 1996.

“We made it through the dark days of 9/11, the recession and Superstorm Sandy, but the COVID-19 pandemic was just too much for us to undertake,” the Boons wrote in a message to customers posted on their door.

“The pandemic is going to result in many vacant restaurant spaces around the city, which will provide an opportunity for better-capitalised restaurant companies to swoop in and take over these spaces if they see a good business opportunity, Andrew Rigie, the executive director of the NYC Hospitality Alliance, told Business Insider. “Unfortunately, many small business owners won’t have the capital to start opening new restaurants.”

Across the country, independent restaurant owners see the writing on the wall. 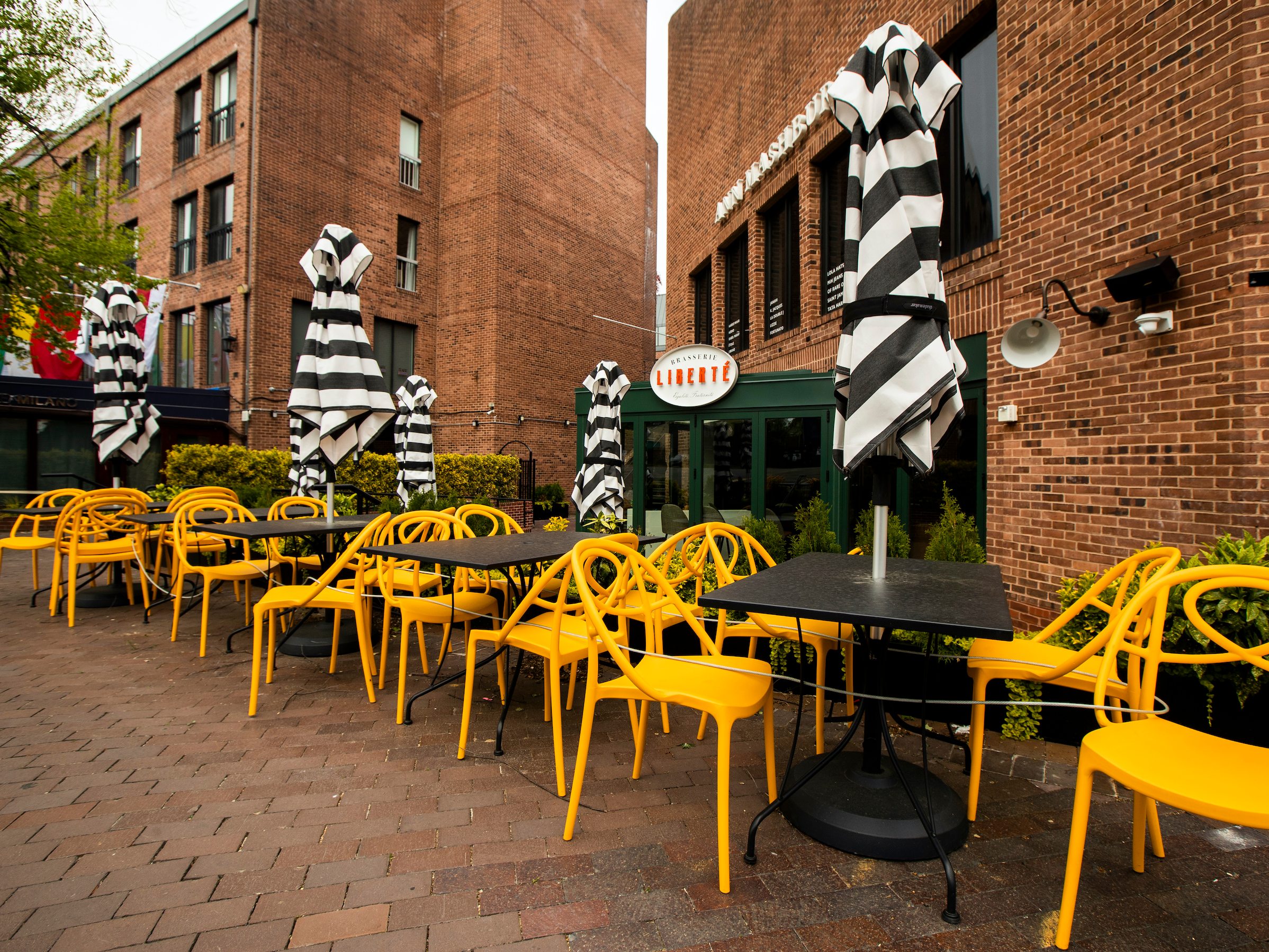 Manuel Balce Ceneta/AP PhotoMore restaurants are expected to close permanently in the US.

As the pandemic stretches on, more closures seem inevitable.

“Get a vaccine, it will turn around,” said Robert Rattet, an attorney who specialises in bankruptcies. “Without a vaccine, you’ll have more closures.”

“Winter is coming,” Rattet added, noting that restaurants who were able to survive through the summer and early fall will have a much more difficult time serving customers outdoors when winter rolls around.

Libava agreed that the coming months bring more closures. Even a vaccine doesn’t guarantee a return to restaurants, he said, noting that anti-vaxxers could cause problems even after scientists find a solution.

Companies buying restaurants now, Rattet said, are betting on a brighter post-vaccine future. At this point, chains – especially fast-casual and fast-food chains – are more likely to have the funds to gamble on recovery than independent restaurant owners, many of whom are struggling to pay their bills.

Nelson, the Tulsa pub owner, said he expects many independent restaurant owners to exit the industry altogether because of the pandemic.

“It’s going to be hard to muster up the energy to want to keep going and do it again,” Nelson said. “How would you feel if the biggest thing you worked really hard on was replaced by Taco Bell? So much of your soul goes into building unique stuff, and if you see it become so homogenous, that’s especially heart-wrenching.”