Palm oil is cheap and easy to grow.

It’s no wonder why the versatile product is the most consumed oil in the world, making its way into half of all packaged products,according to the World Wildlife Fund.

But palm plantations have long drawn the ire of conservationists for the toll they take on the environment, from deforestation to the millions of tons of greenhouse gases they generate.

Recently, palm plantations in Guatemala have come under pressure to prove they’re environmentally sustainable, but the official process is costly and can take years. And even if they do achieve sustainability, plantations still often clash with local communities over the rights to land and natural resources.

Business Insider Weekly visited two palm plantations in Guatemala to see how palm oil has impacted both the villages and companies at the centre of the conflict.

In Guatemala, one sustainable palm oil plantation has been accused of polluting a local water source. 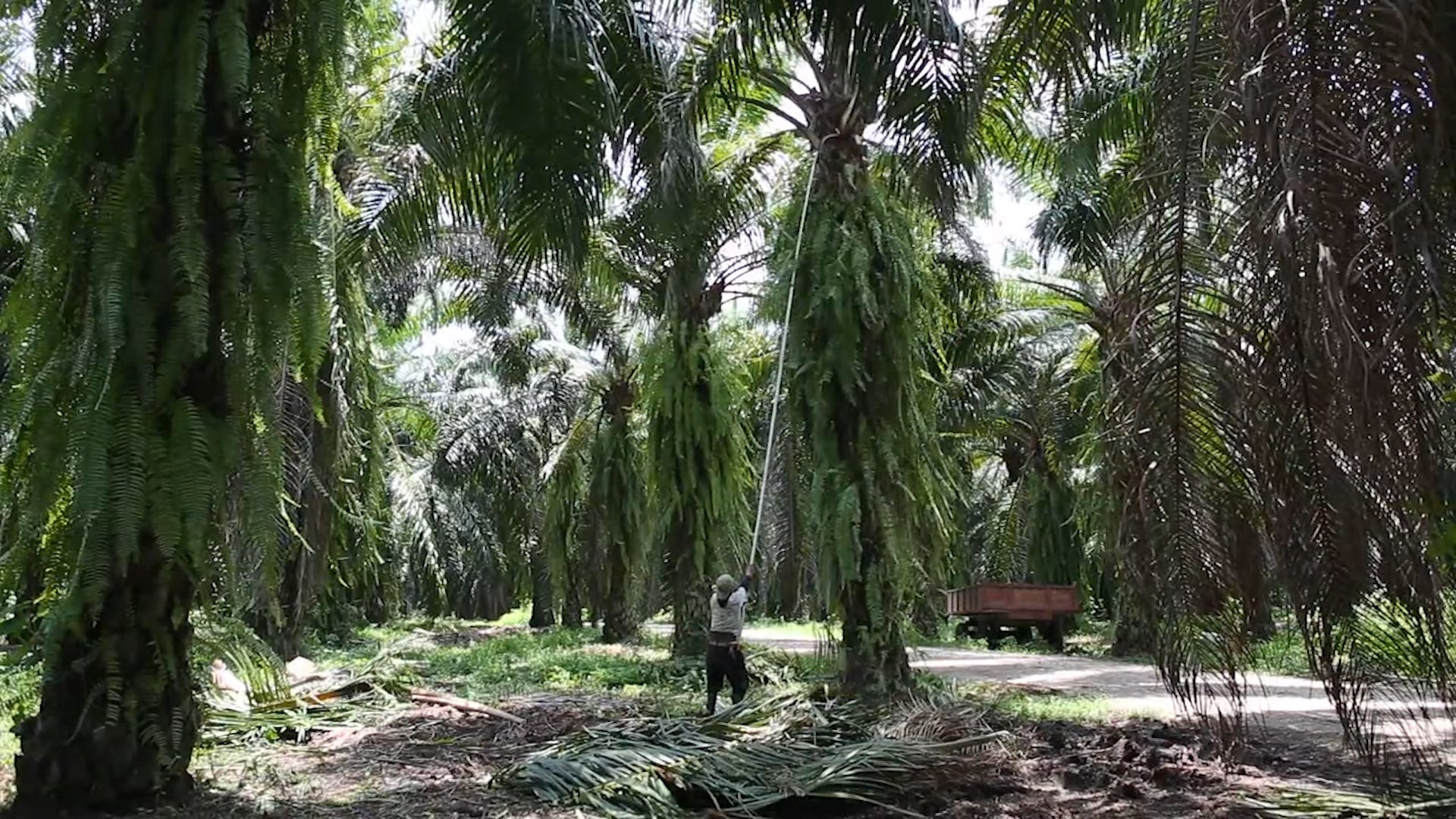 BloombergPalm producers around the world have struggled with the environmental consequences of palm oil, such as deforestation.

The palm oil industry has brought around 28,000 jobs to Guatemala, as well as over $US1 billion in investment over the past 20 years, according to Grepalma, a national association of palm growers.

But it has also created tension with local communities.

In the village of Sonora, near a palm plantation called Palmas del Ixcán, activists say some locals have to walk about 40 minutes each way for clean drinking water. The activists claim Palmas del Ixcán polluted their local creek after it arrived in the region in 2008.

“The towns where most of the oil palm companies are, are where the indigenous towns are located,” local activist Javier Coc told Business Insider Weekly. “They depend on Mother Earth, water, air. They were left without any place to work the land.”

Some locals also say the plantation backed down from a promise to provide wells for villagers because of the high costs, something the plantation denies.

In a statement to Business Insider Weekly, Grepalma, a countrywide association of palm growers representing Palmas del Ixcán, said the company rents plots in the village of Sonora, but doesn’t have any plantations there. Grepalma acknowledged the company carried out a construction project about two years ago that dirtied the water from a local stream, but denied the company ever offered to build wells.

In January, Palmas del Ixcán was certified sustainable by a consortium called the Roundtable of Sustainable Palm Oil, or RSPO, which has set worldwide standards for what is considered sustainable palm oil.

A 2019 audit of Palmas del Ixcán for RSPO mentioned that residents of a different village, La Chapina, complained the plantation had allegedly polluted a nearby creek called Limón. The report didn’t mention the Sonora community or its creek.

According to the report, Palmas del Ixcán responded to this allegation that analyses and monitors the water, and takes samples twice a year in accordance with local regulations. RSPO noted that the audit team found “the company must continue monitoring the water.”

And the same company pressured locals to sell their land and work for the plantation, a report found. 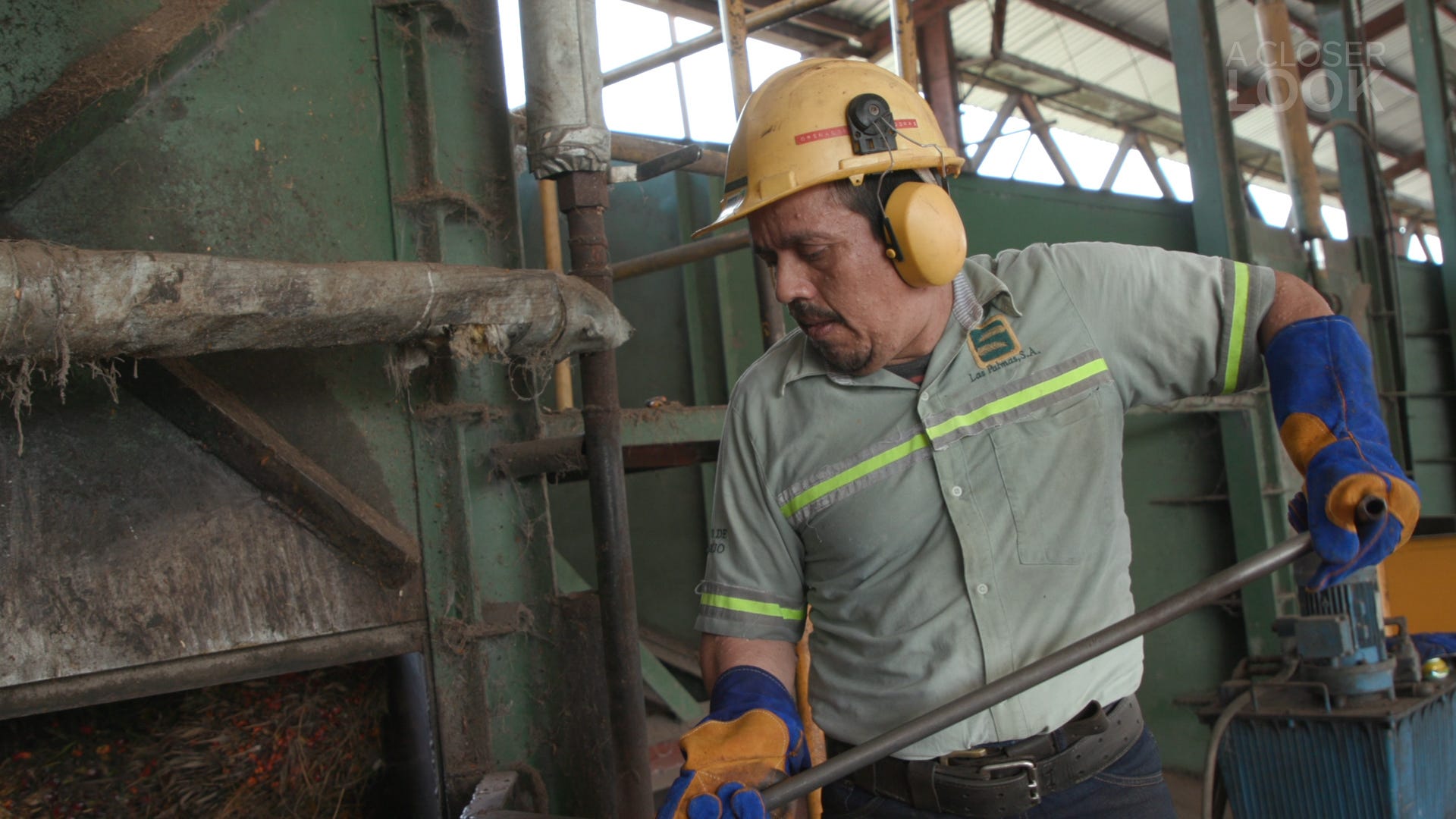 Meranda Yslas/Business Insider WeeklyThe palm industry has brought thousands of jobs to Guatemala, according to one estimate.

A consortium called the Roundtable of Sustainable Palm Oil, or RSPO, has set worldwide standards for what is considered “sustainable” palm oil, which includes tracking impact on local communities.

Palmas del Ixcán was certified sustainable in January, 12 years after arriving in Guatemala.

But some of the company’s practices have caused some to question about what the sustainable label really means.

Chief among them is Palmas del Ixcán’s alleged practice of land grabbing. A 2013 Oxfam report found that the plantation used intermediaries, or “coyotes,” to pressure small-scale farmers into selling them their land.

The plantation exerted pressure on villages by “surrounding properties and blocking their owners’ free transit,” Oxfam wrote. In some cases, the coyotes paid families just 1,500 quetzals, or $US150, for their land – far below the reported market price of 7,000 quetzals, or $US900.

“They sent straw men, with money from the company, that pretended to be farmers, to buy the land,” local activist Herber Sandoval told Business Insider Weekly. “Once they had the land, they transferred them over to the companies,” he claimed.

The practice has led to increased socioeconomic and food insecurity, Oxfam said, as the purchases result in less land being available for farming.

Many of the small-scale farmers who sold their land now work on the palm oil plantation, almost all of them under the table, Oxfam found.

In an email to Business Insider Weekly, the plantation denied through Grepalma pressuring the locals to sell their land.

“On the contrary, we have worked together with the communities, offering them employment and opportunities for development through our ‘Associate Producers’ program by which we help new businessmen,” the statement read

General manager Felix Antonio Alvarez Briz put it differently: “We believe that these have been areas that have been a bit forgotten. Let’s put it that way,” he said. “We are not going to judge who is or isn’t to blame.”

Meanwhile, the high costs of going sustainable cost another palm plantation a huge contract with Walmart. 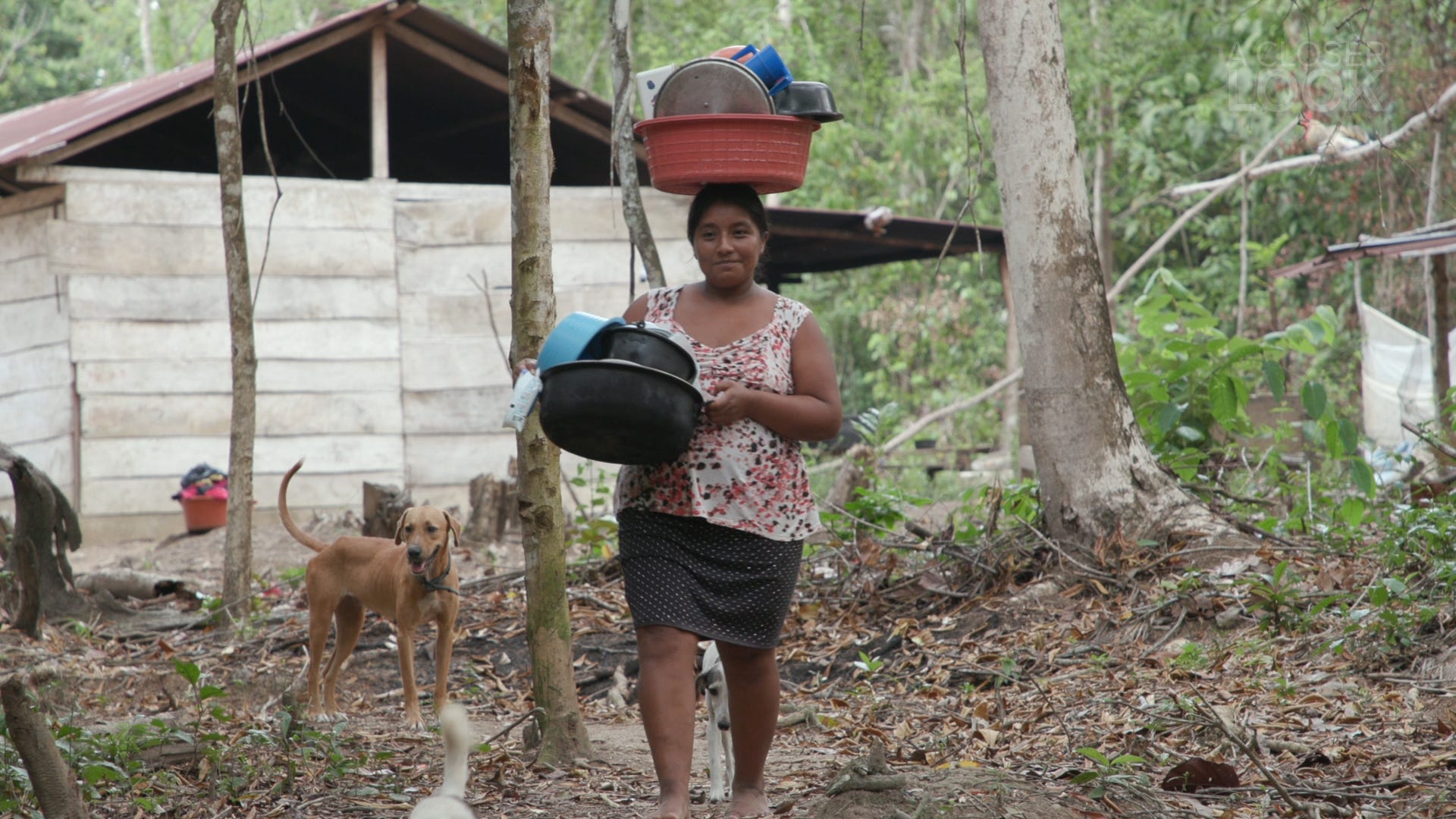 Meranda Yslas/Business Insider WeeklyIn Guatemala, the towns where most palm oil companies are located are also where indigenous tribes live.

Meanwhile, another palm oil plantation in Guatemala, Las Palmas, has had different fortunes.

Like Palmas del Ixcán, Las Palmas was certified sustainable by the RSPO. But its path to sustainability was costly and time-consuming, and strict sustainability guidelines continue to cause it stress.

For Las Palmas, the path to sustainability started with an ultimatum. In 2015, its biggest customer, Walmart, said the plantation would need to obtain a sustainability certificate to continue supplying for it. The American retail giant had pledged to use only sustainable palm oil in its private-label products by the end of 2020.

Las Palmas is smaller than Palmas del Ixcán. But the process of obtaining that certificate – and keeping it – is taking a toll on the business.

Molina said he had to research local laws, hire personnel, and work closely with local communities to work toward certification, which the plantation obtained in August 2016.

“The certification actually opened our eyes and that we need to comply with all the laws. Sometimes you don’t even know what laws applied to your company or to (your) industry,” he said. “It just takes time, but you can do it.”

But going sustainable comes with a hefty price tag. Molina says he spends $US17,000 every year on audits alone.

About 20% of global palm oil production is certified as sustainable, according to RSPO. Many producers find that it’s tough to pass those extra costs onto buyers.

To get certified, companies first have to become members of RSPO. They then submit evidence, like maps and satellite images, that show how their presence has changed the land, whether they have cut down trees or planted too close to streams.

The next step is a plan to make up for previous damage and protect the land going forward. Companies pay for a third-party audit, which RSPO uses to finalise the certification. The process can take up to five years in some cases.

Las Palmas managed to keep supplying the giant retailer for a couple of years after getting certified. But it didn’t last long – the plantation is no longer a Walmart client.

Las Palmas’ CEO told Business Insider Weekly in an email that Walmart wanted him to drop his prices, but he couldn’t sell for less because of the high costs of going sustainable.

A Walmart spokesperson said in an email to Business Insider that it was “a business decision” based on a variety of factors like price, quality, and demand.

“Walmart makes business decisions with suppliers based on a variety of factors such as price, availability, quality, customer demand, and factory audits and sourcing certifications across our global retail markets,” the statement read.

As for Palmas del Ixcán, it also lost a major client. Mars, the manufacturer known for making Snickers and Milky Way candy bars, dropped the plantation from its list of palm oil providers. The company is reducing the number of mills it sources from, from 1,500 to 100 by the end of this year.

One thing is for certain: Whether or not 100% sustainability is possible, the costs of certification are impossible to ignore.