Palantir, a secretive tech company started by members of the 'PayPal mafia' with close ties to the Trump administration, could be one of the biggest tech IPOs ever. Take a closer look at how it makes money 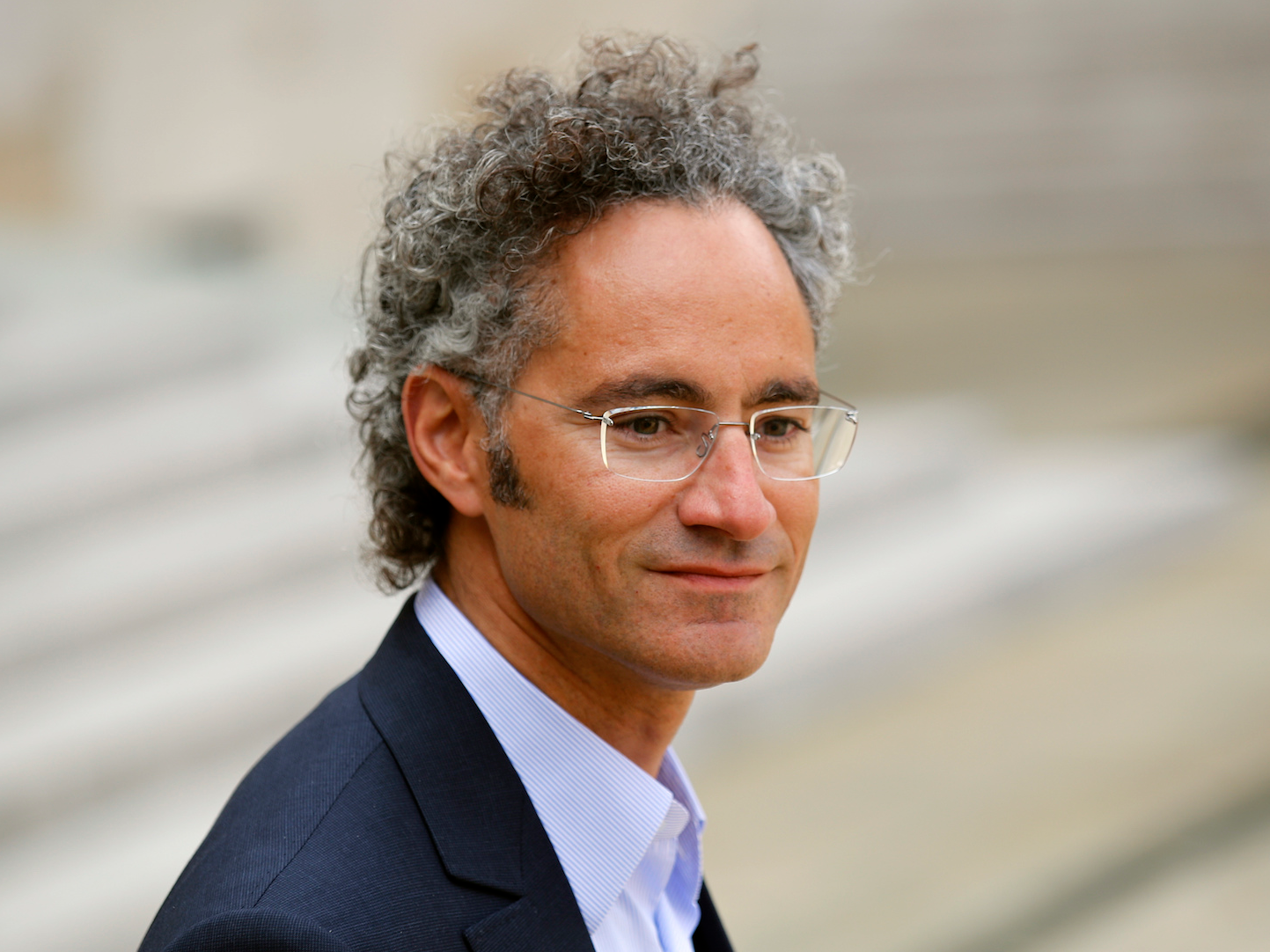 The big-data company Palantir has confidentially filed its paperwork to go public, the company announced Monday.

Palantir, first launched in 2003, has been secretive for most of its existence. Rumours about its plans to IPO have been around since last year, but Business Insider and others reported last month the $US20 billion company is preparing go public as early as September.

Palantir’s earliest claim to fame is through one of its cofounders: venture capitalist Peter Thiel, who serves on Facebook’s board of directors and is one of President Donald Trump’s biggest backers in Silicon Valley.

Since 2003, Palantir has grown into one of the most valuable startups in the country, with a $US2.75 billion in venture capital raised and a $US20 billion valuation – despite the fact that it operates under a veil of secrecy.

Palantir also works closely with the US government and law enforcement agencies, counting the FBI, CIA, the Department of Defence among its customers. Palantir has boasted about the good that it does, especially as pertaining to its work with government agencies: Previously, CEO Alex Karp has said that he hears about a foiled terrorist attack in Europe almost every week.

However, Palantir has found itself scrutinised for its dealings with Immigration and Customs Enforcement, the US agency responsible for enforcing President Donald Trump’s crackdown on undocumented immigrants in the country. WNYC reported in 2019 that ICE agents use the company’s apps in the field during workplace raids.

Activist organisations have long protested Palantir for working with ICE by providing the software that makes many of its core operations possible. That controversy has touched Amazon as well, as Palantir relies on Amazon’s cloud to run its big data software.

At the same time, Palantir’s creators are going on the offensive, criticising tech companies that don’t work with the US government and proclaiming Palantir’s patriotic bona fides. Karp has even blasted other tech companies for what he perceives as a reluctance to work on defence-related projects. Joe Lonsdale, a VC who cofounded Palantir but is no longer involved in company’s operations, said last year that Palantir is “probably the most patriotic company” in Silicon Valley.

Here’s what to know about this richly valued and controversial data-mining company. 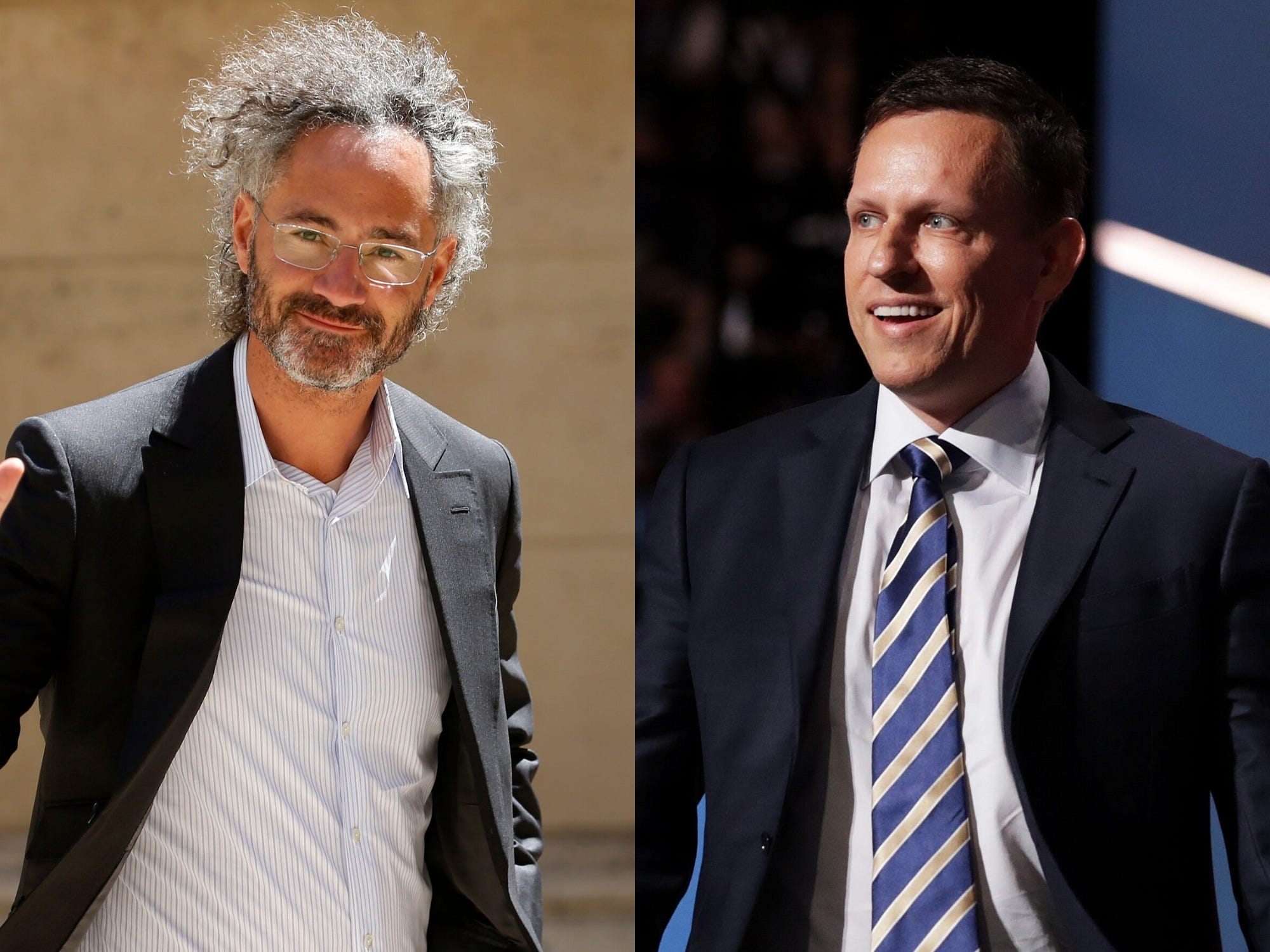 Based in Palo Alto, California, Palantir was founded in 2003 by a group of PayPal alumni and Stanford computer scientists, including CEO Alex Karp and venture capitalist Peter Thiel.

Palantir creates software to manage, analyse, and secure data.Its name comes from a mystical, spherical, mystical object in the “Lord of the Rings” that allows its owner to “see from afar.” In total, the company has raised $US2.75 billion in venture capital.

As for Karp, he is a self-described socialist, even though Palantir works with large corporations and government agencies to provide big data tools.

The company was born out of Thiel’s experience working at PayPal, where credit card fraud cost the company millions each month. To solve the problem, PayPal built an internal security application that helped employees analyse suspicious transactions.

VICE reported Palantir’s software allows law enforcement to enter a licence plate number and quickly get an itinerary of the routes and places the vehicle has travelled. Police can also use it to map out family and business relationships. Palantir’s technology has also been used in New Orleans for predictive policing, according to The Verge – a practice that has been shown to increase surveillance and arrests in communities of colour.

Palantir has been involved in various lawsuits in the past few years. For example, in 2017, Palantir settled a lawsuit from the Department of Labour saying that its hiring practices discriminated against Asians.

In 2016, Oracle reportedly considered buying Palantir, but the deal never panned out.

As a privately held company, Palantir’s valuation is believed to be anywhere from $US11 billion to $US41 billion, depending on who is doing the estimates. PitchBook pegs its valuation at $US20 billion.

Why is Palantir so secretive? 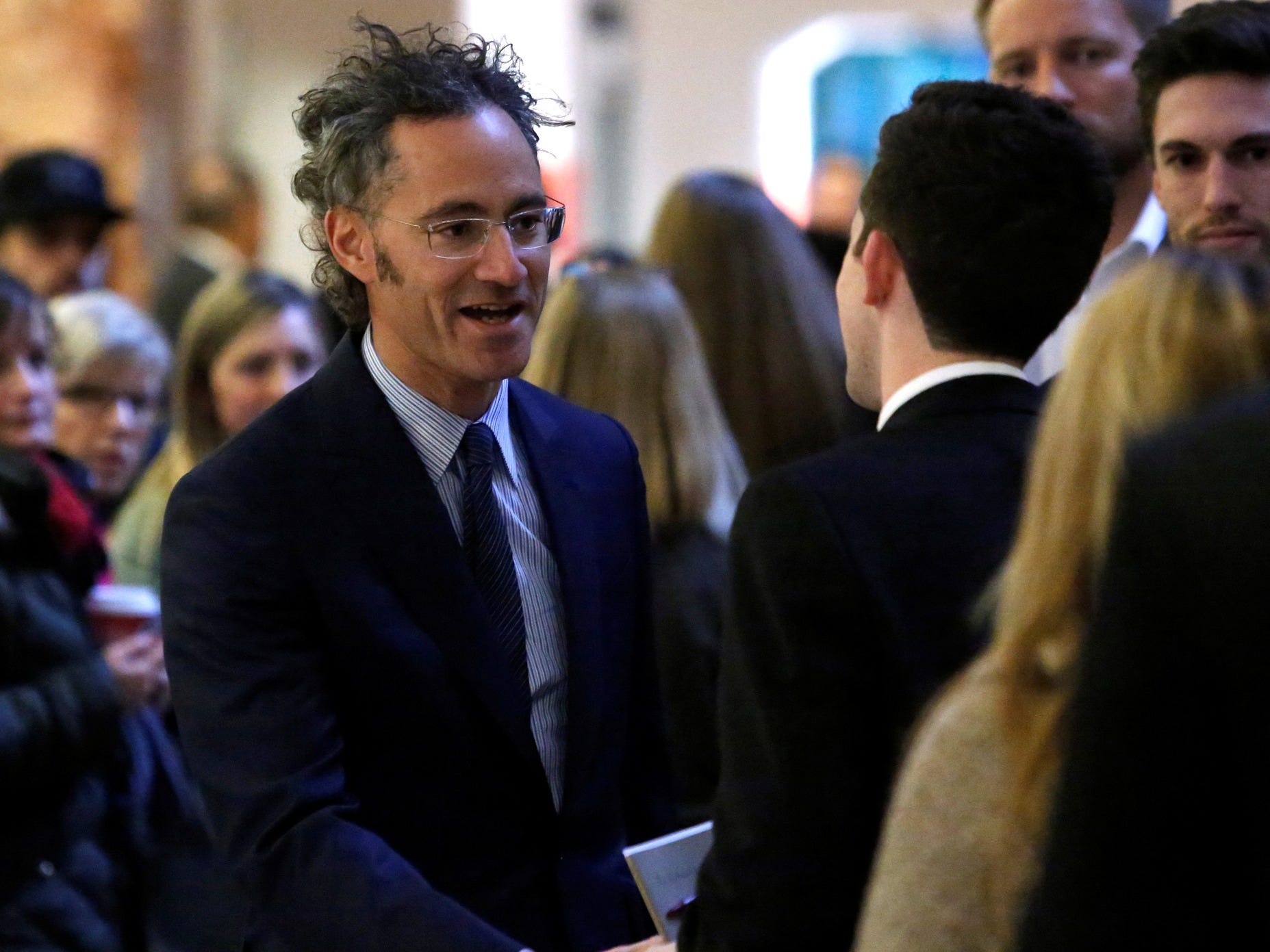 Palantir is notoriously tight-lipped. That’s because many of its customer agreements include non-disclosure clauses due to the nature of their work. As a result, Palantir tends to keep a low profile, sharing almost no information about how its software is used or its own finances.

Earlier this year, Bloomberg reported Palantir expects to generate $US1 billion in revenue this year and to break even for the first time in its 16-year history.

While it counts commercial businesses and nonprofits as customers, it also works with many government organisations, banks, and legal research firms. Some customers include Credit Suisse, JP Morgan Chase, the Department of Defence, Merck, Airbus, the NSA, the FBI, and the CIA.

Working with government agencies is a core part of Palantir’s business. For the first several years, Palantir only sold its data analysis products to US government agencies. Palantir works with various military organisations and combat missions to gather information on enemy activity, track criminals, identify fraud, plan logistics, and more.

For example, its software has been used by the Marine Corps to gather intelligence, and it’s building software for the US Army to analyse terrain, movement, and weather information in remote areas. It’s even been rumoured to have been used to track down Osama Bin Laden, although Palantir did not comment directly on it.

Palantir has also been selective about the customers it works with. For example, Karp previously told Fortune that Palantir turned down a partnership with a tobacco company “for fear the company would harness the data to pinpoint vulnerable communities to sell cigarettes to.”

What is Palantir doing with ICE? 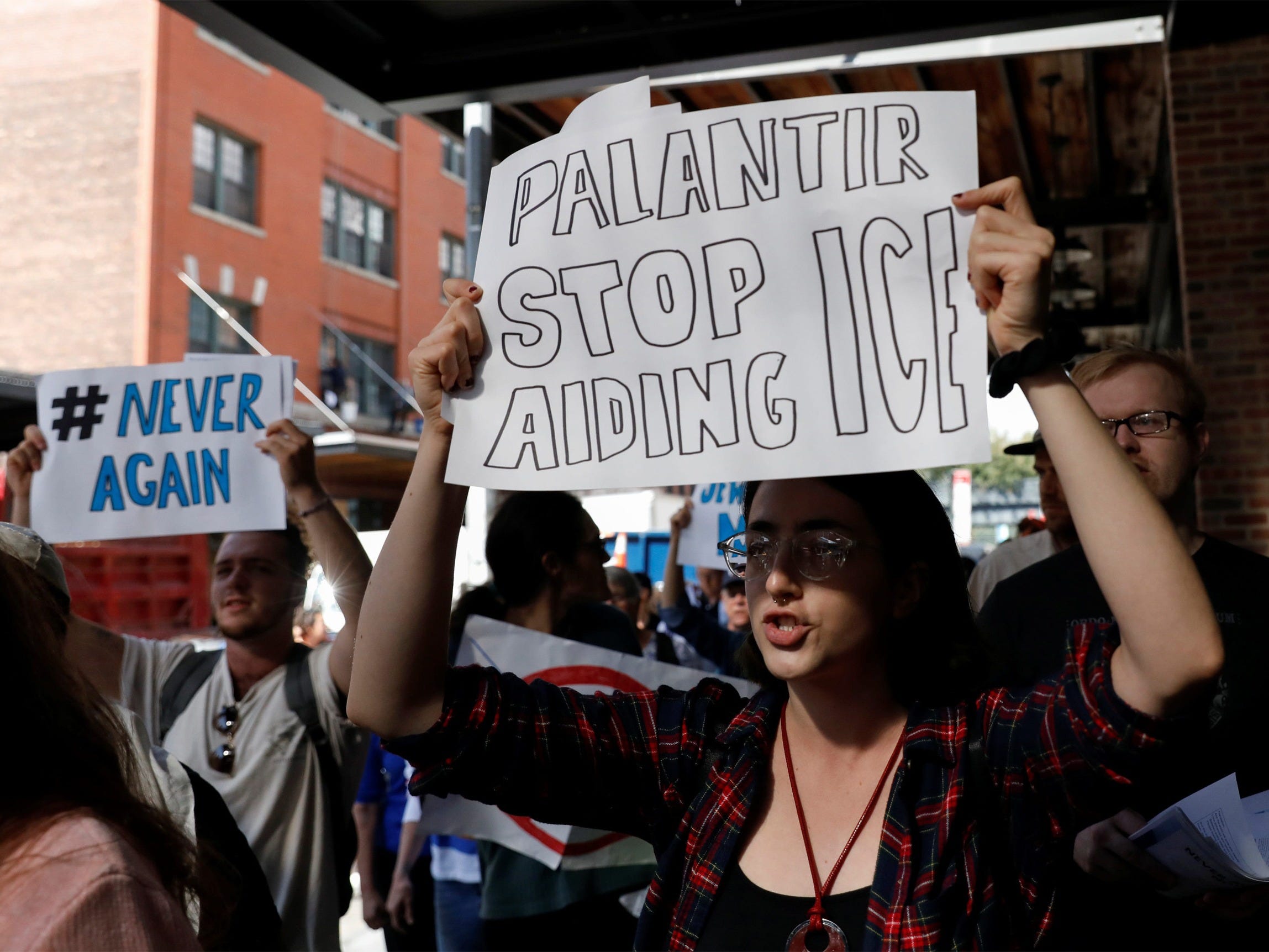 According to USAspending.gov, Palantir has received over $US170 million in contracts with ICE, including active contracts worth about $US94 million. Palantir provides investigative case management software to ICE to gather, store, and search troves of data on undocumented immigrants’ employment information, phone records, immigration history, and more.

Some Palantir employees have reportedly “begged” the company end the ICE deal, but Karp has insisted the data is being used for drug enforcement, not separating families. Palantir also said ICE uses its technology for investigating criminal activity like human trafficking, child exploitation, and counter-terrorism.

However, Mijente – a national group for Latinx and Chicanx organising – reported last year that ICE agents used Palantir’s software to build profiles of undocumented children and family members that could be used for prosecution and arrest. WNYC also reported in 2019 that ICE agents used a Palantir program called FALCON Mobile to plan workplace raids. This app reportedly allowed them to search through law enforcement databases with information on people’s people’s immigration histories, family relationships, and past border crossings.

Two days after an ICE reportedly sent an email in 2018 notifying staff to use the FALCON app, ICE raided nearly 100 7-Eleven stores across the country.

Why are people protesting Amazon? 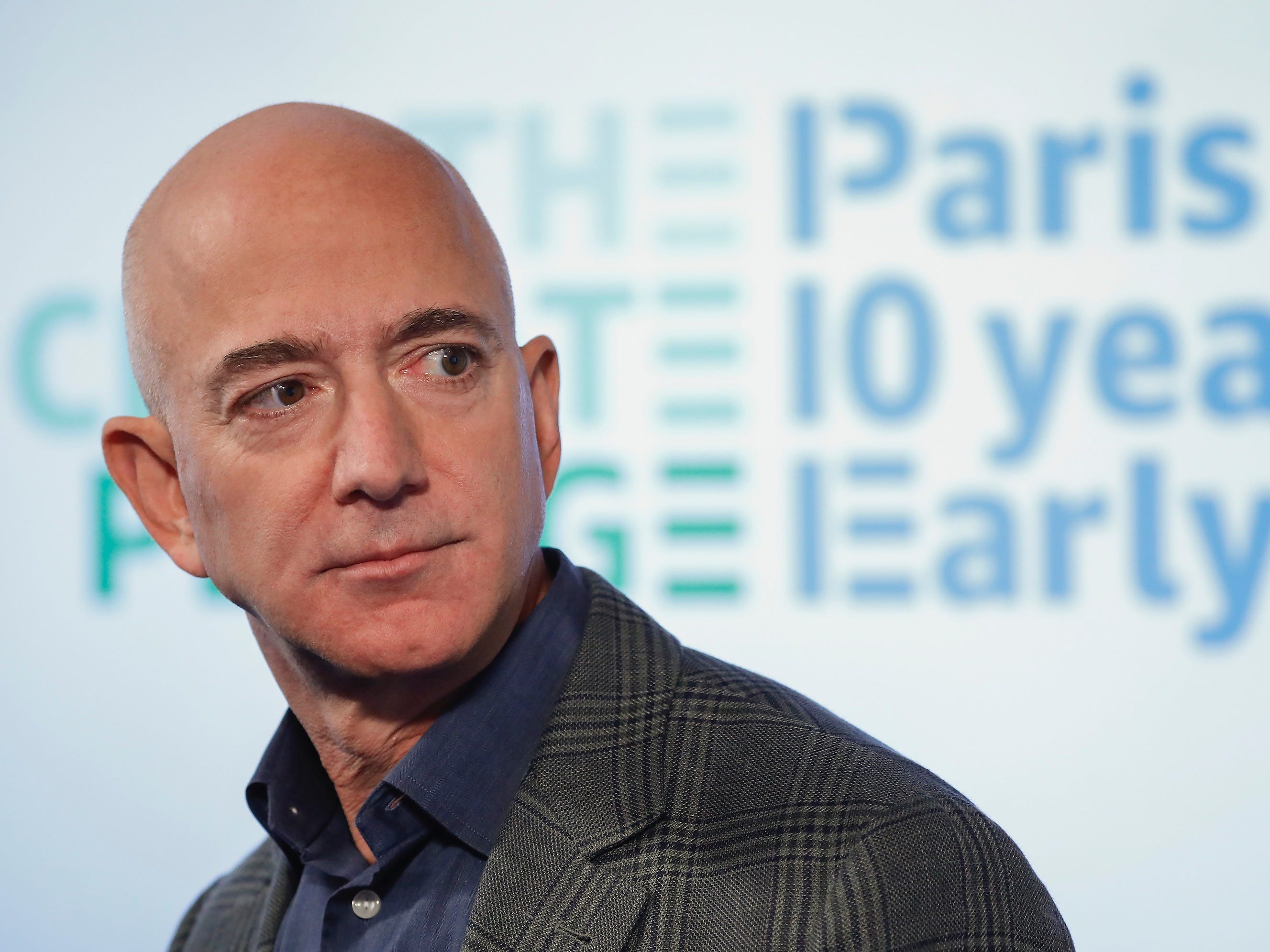 All this has also sparked protests against Amazon, since Palantir relies on Amazon’s cloud to run its software. Previously at the Burning Man festival, Mijente brought a giant cage to protest Amazon and Palantir’s involvement with ICE.

Later that week, at an Amazon Web Services conference, activists interrupted the keynote in protest of Amazon’s ties to Palantir and ICE.

In a statement at the time, an AWS spokesperson told Business Insider.

“As we’ve said many times and continue to believe strongly, companies and government organisations need to use existing and new technology responsibly and lawfully. There is clearly a need for more clarity from governments on what is acceptable use of AI and ramifications for its misuse, and we’ve provided a proposed legislative framework for this. We remain eager for the government to provide this additional clarity and legislation, and will continue to offer our ideas and specific suggestions.”

When will Palantir go public? 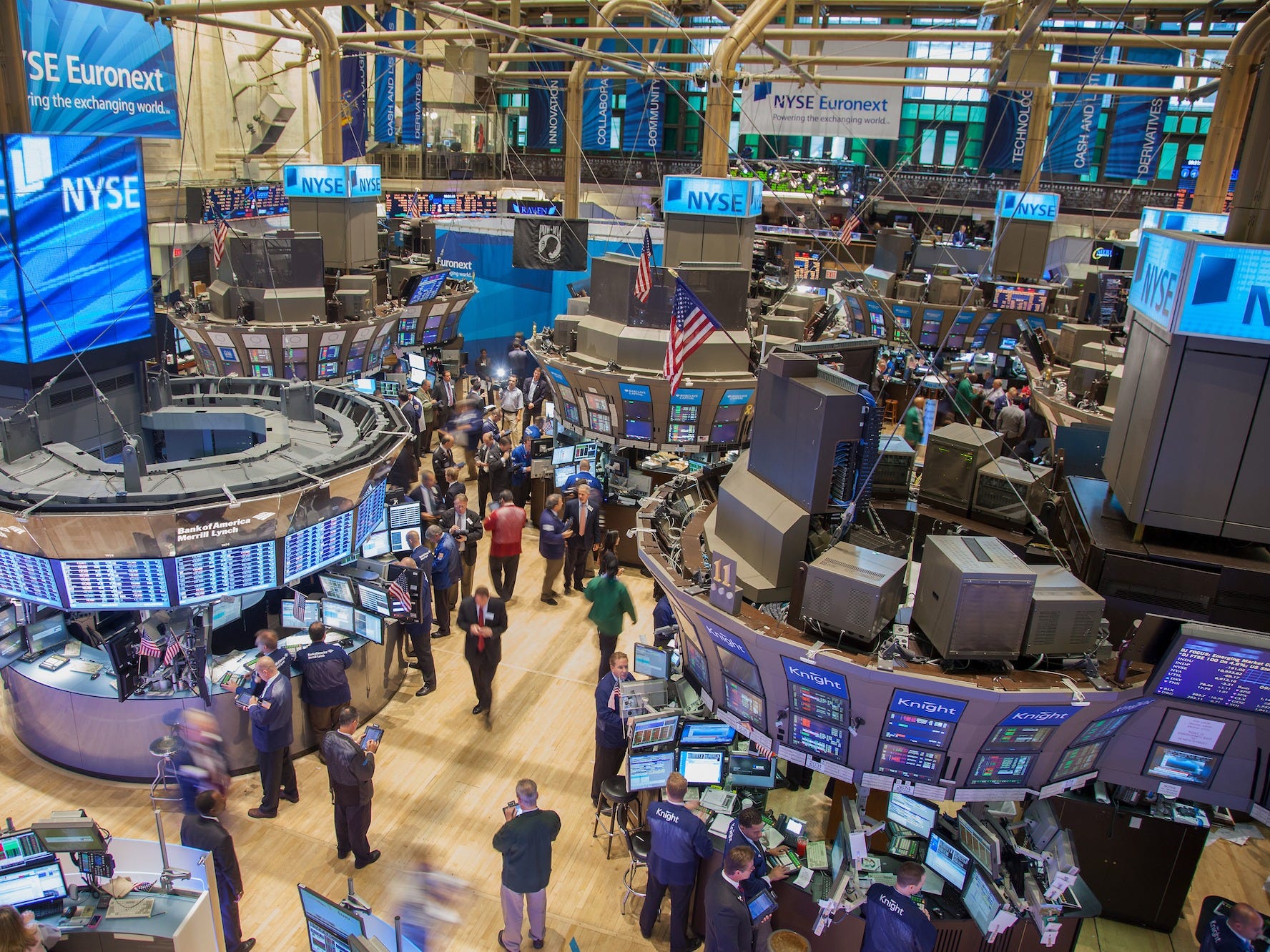 Palantir’s IPO had long been anticipated, but rumours about its plans picked up in 2019. The company was reportedly in talks with Credit Suisse and Morgan Stanley for an IPO in the second half of 2019, when bankers floated a $US41 billion valuation for the company.

But Palantir announced Monday it had filed a draft of its IPO paperwork with the Securities and Exchange Commission, weeks after Business Insider and other news outlets reported the company was prepping its S-1 filing. It’s unclear which banks Palantir is working with now on its S-1, or whether the company will pursue its IPO through a direct listing.

It’s been five years since Palantir raised its last funding round, which valued the company at $US20 billion. Since then, secondary shares have hinted at a valuation between $US8 billion and $US12 billion.

Palantir is on track to go public by September, setting itself up as one of the most highly anticipated public listings of the year, given that the pandemic has disrupted other companies’ IPO plans.