Manny Pacquiao would be 'too much' for Floyd Mayweather if the boxers fought for a second time, trainer Freddie Roach said 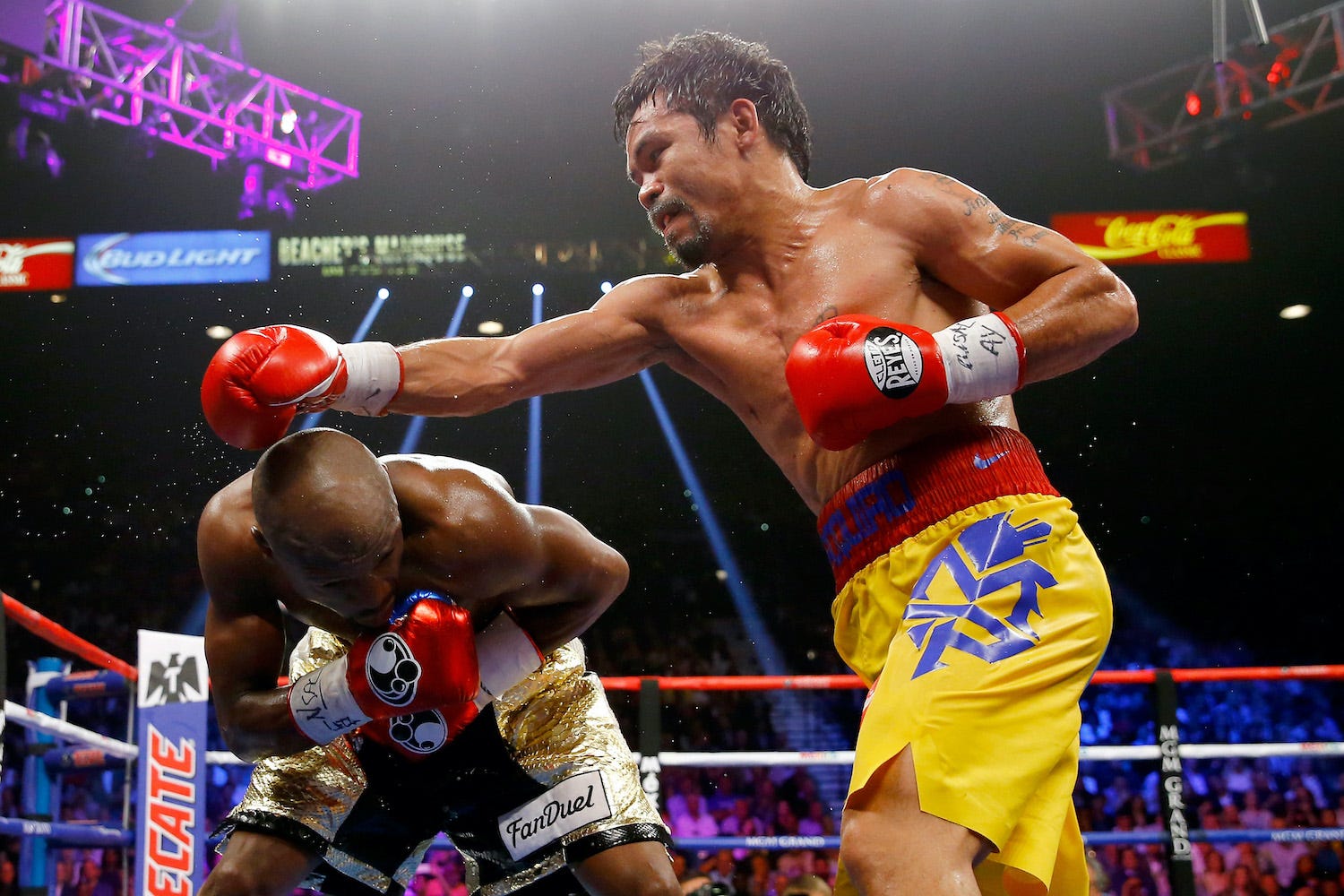 Manny Pacquiao would be “too much” for Floyd Mayweather if the two boxers fought for a second time today, Freddie Roach said.

Mayweather convincingly beat Pacquiao in a 2015 super-fight, out-landing his welterweight rival in 10 of the 12 rounds, hitting him with more than three times as many jabs by the end of the fight.

It later transpired that Pacquiao entered the ring with a shoulder injury, something which his team said hindered his abilities on the night.

Hearing talk of a lucrative rematch is no surprise considering Mayweather’s apparent willingness to return to the fighting in 2020, and the status the first fight continues to have as the best-selling combat sports event of all time.

“What he would like best is [to fight] Mayweather one more time,” Roach, Pacquiao’s long-time coach, told Boxing Scene recently.

“[After] the fourth round of that fight he told me my shoulder is shot. I said, ‘OK, Manny, go out there, do the best you can, don’t get hurt,’ and he says, ‘Of course’,” Roach said.

“And so he would like to get that one back one more time.”

Roach went on: “Watching the fight with no commentary it was a pretty close fight. He fought well but he can fight much better and with much more activity.

“I think the activity would be too much for Mayweather.”

Mayweather has been talking up a ring return

Leonard Ellerbe, the CEO of Mayweather Promotions and Mayweather’s long-time right-hand-man, told Insider earlier this year that the retired boxer’s new goal in life is to make a billion dollars through real estate investment.

Insider asked Ellerbe about rumours Mayweather could also earn money by making a comeback, and he told us: “You never know … stay tuned.”

In the months since, Mayweather has been linked with fights involving the Japanese MMA firm Rizin FF (again), the former two-weight UFC champion McGregor (again), and the UFC lightweight champion Khabib Nurmagomedov.

The UFC president Dana White even said this month that Mayweather “wants to fight.”

Regardless, Roach and Pacquiao are not getting their hopes up.