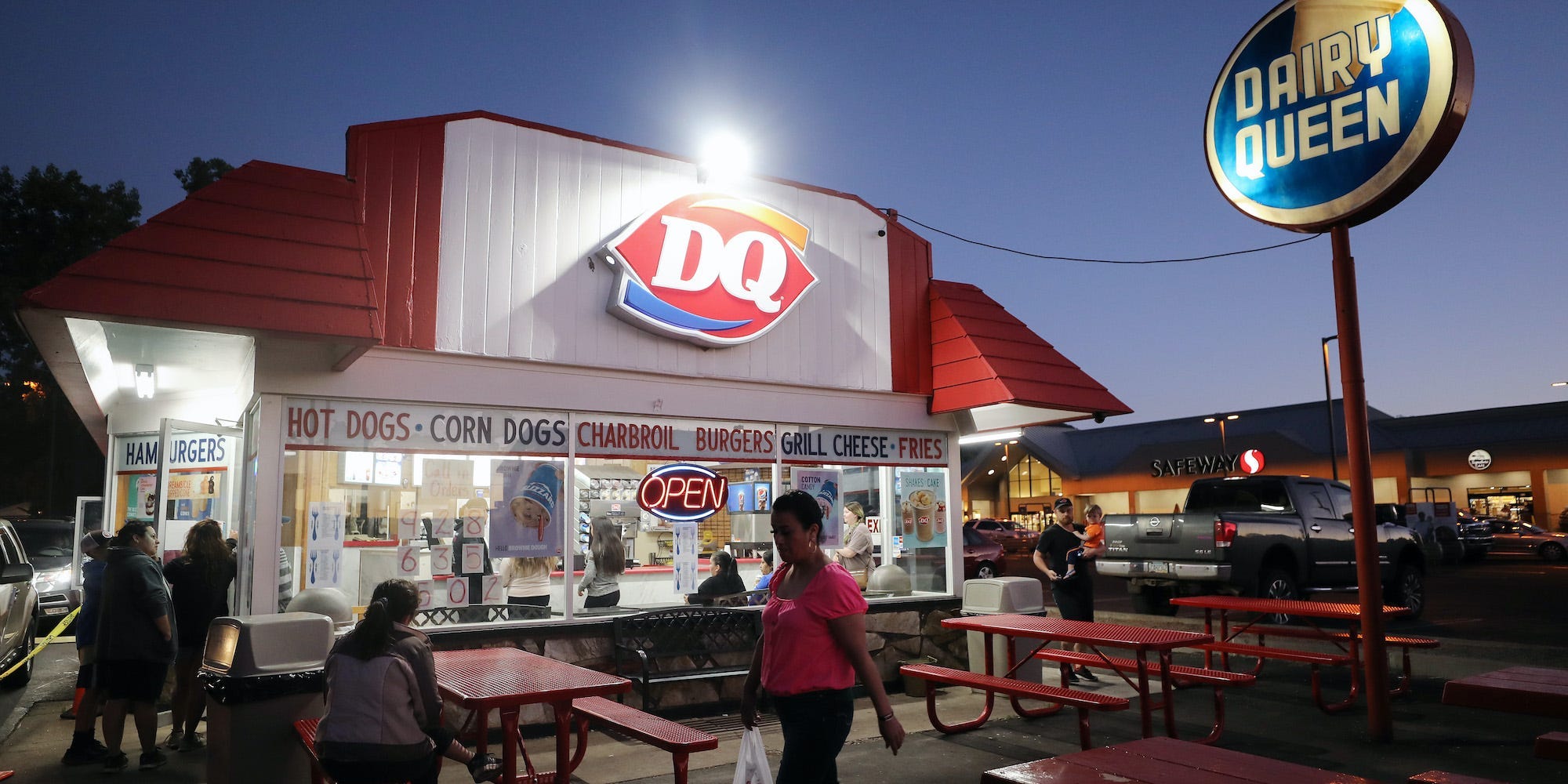 Photo by Mario Tama/Getty ImagesPatrons gather at a Dairy Queen restaurant amid the coronavirus (COVID-19) pandemic on May 25, 2020 in Williams, Arizona.

More than 900 customers kept repaying one kindness with another by paying for the meals of the people in the cars behind them at a Minnesota Dairy Queen’s drive-thru, CNN reported.

Tina Jensen, the manager at the Dairy Queen in Brainerd, about two hours northwest of the capital St. Paul, told CNN she sees something like this happen every once in a while, but said this latest pay-it-forward chain lasted far longer than it has in the past.

It began when a man drove up during the store rush hour on December 3 and asked to pay for the car behind him in addition to his own order. When the customer in that car was told her meals were already paid for, she did the same for the next car, and it just kept going, Jenson told Today.

This time, however, after the first day, the last customer gave the cashier $US10 to start the chain back up again the next day. The acts of kindness continued for more than two days. Jenson gave updates on how many cars had participated on the store’s Facebook page.

“I will say it over and over and over again, you never know who you’re gonna touch when you do something. We don’t know how many people that we could have touched in a bigger way,” Tina Jensen, the Brainerd Dairy Queen general manager, told ‘Good Morning America.'”

Heidi Bruse was part of the chain of cars who paid it forward.

“During times like these it kinda restores your faith in humanity a little,” Bruse told CNN. “The way the world is now you see a lot of anger, tension, and selfish behaviour. What we witnessed was pure kindness and it was a breath of fresh air really.”