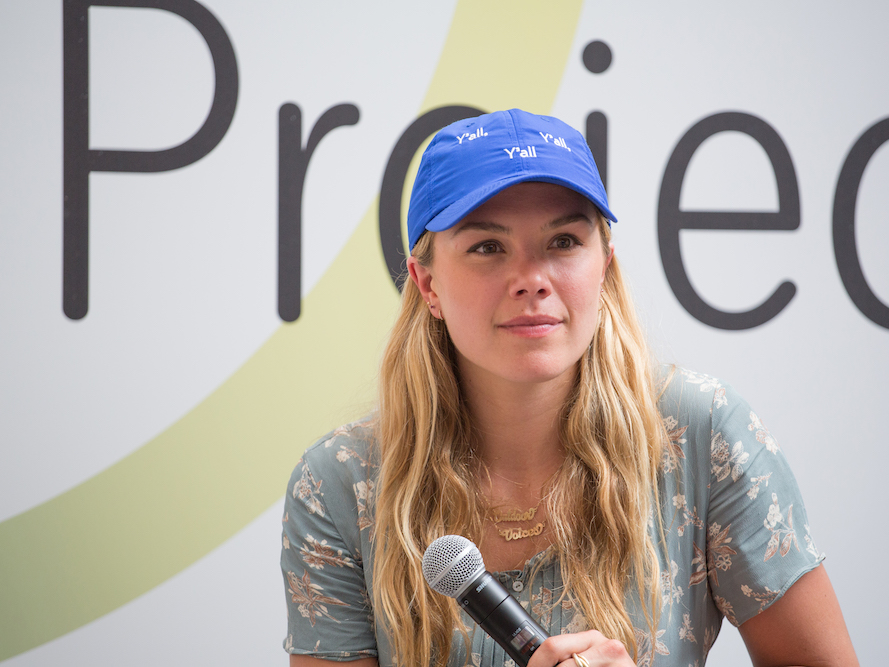 Haney, who founded the brand in 2014, served as its CEO until February this year, when the company announced that she was stepping down and would be replaced by an interim CEO, Cliff Moskowitz, the president of InterLux.

At the time, it was agreed Haney would stay on in the role of “founder” and as a board member. But days after, she resigned.

Several weeks later, an explosive New York Times investigation detailed the downfall of the brand and Haney’s disagreements with investors, including the tension between her and Mickey Drexler, the former CEO of Gap and J.Crew who was an investor in, and chairman of, Outdoor Voices.

While Haney will not resume her role as CEO, she will take an active role in the company as one of its board members, WWD reported. Moskowitz has stepped down from the interim CEO position, however, and the company is looking for a replacement.

In a statement to WWD, Haney said that her time away from the company was “painful”, but it was ultimately “a gift.”

“Stepping out of day-to-day operations has allowed me to spend time with my family, look hard at things I would have done differently, and recharge my creative vision,” she said.

“In stepping back, I’ve been able to see what I’m best at and what I’m not. I am a creative leader and now know just how important a seasoned operator is to bringing this vision to life.”

The company announced on Sunday that Ashley Merrill, the founder and CEO of luxury sleepwear brand Lunya, invested an undisclosed amount into the brand via her investment management company NaHCO3 and would be joining the company as chairman of the board.

As Outdoor Voices is a private company, it does not disclose company financials, but according to the Times investigation the company had a valuation of $US110 million in 2018, which dropped to $US40 million at the start of this year, before the pandemic took hold.

Phillip Niels, another board member and partner at Oakwell Capital, told Business of Fashion that Merrill’s investment was a “material” amount and denied that the company would use it to pay off supplier debt that had built up during the pandemic.

“This investment is for growth purposes,” he said. “We’re going to use it to invest in building out the business and the people.”

For Haney, the mission remains the same as it was from day one: “To build the number-one recreation company and ‘Get the World Moving,'” she told WWD.

“However, the ‘how’ we get there has significantly changed – and for the better. Now it’s about bringing it to life as a healthy sustainable business that drives value for our customers, team, and shareholders,” she added.