Justin Tallis/ GettyChiquita is just one company with a controversial mascot.

PepsiCo has announced that Aunt Jemima is changing its name and dropping its image of a Black woman, but it’s not the only product with branding rooted in racist stereotypes.

From mascots that have been called racist to controversial ad campaigns, the marketing world has made some questionable decisions over the years.

These are some branding decisions for which food companies have come under fire.

The Aunt Jemima mascot has changed over the years, but its racist connotations prompted the company to rebrand. The Aunt Jemima mascot was created in the late 1800s and based off a minstrel song called “Aunt Jemima.” A former slave named Nancy Green was hired to portray the character on the company’s branding. Since then, the mascot has been compared to “mammy,” a racist stereotype portraying a Black woman who is content with slavery.

The parent company PepsiCo has since announced that the brand’s name and mascot will change.

“We recognise Aunt Jemima’s origins are based on a racial stereotype,” Kristin Kroepfl, Quaker Foods North America’s chief marketing officer, said in a statement. “While work has been done over the years to update the brand in a manner intended to be appropriate and respectful, we realise those changes are not enough.”

Uncle Ben’s rice, which also has a Black mascot, is planning to change its “visual brand identity.” Uncle Ben was first introduced in 1946 as the Black face of a white company. Dressed in a bow tie and addressed as “uncle,” the character evoked a servant. As the civil-rights movement progressed, the company received pressure and criticism for using what seemed like a Black servant to make sales. In 2007, the company rolled out a new marketing campaign that made the new mascot, Ben, the chairman of the board.

“As a global brand, we know we have a responsibility to take a stand in helping to put an end to racial bias and injustices,” Mars said in the statement. “As we listen to the voices of consumers, especially in the Black community, and to the voices of our Associates worldwide, we recognise that one way we can do this is by evolving the Uncle Ben’s brand, including its visual brand identity.”

It added that it does not “know what the exact changes and timing will be, but we are evaluating all possibilities.”

Cream of Wheat was criticised for using an offensive name. 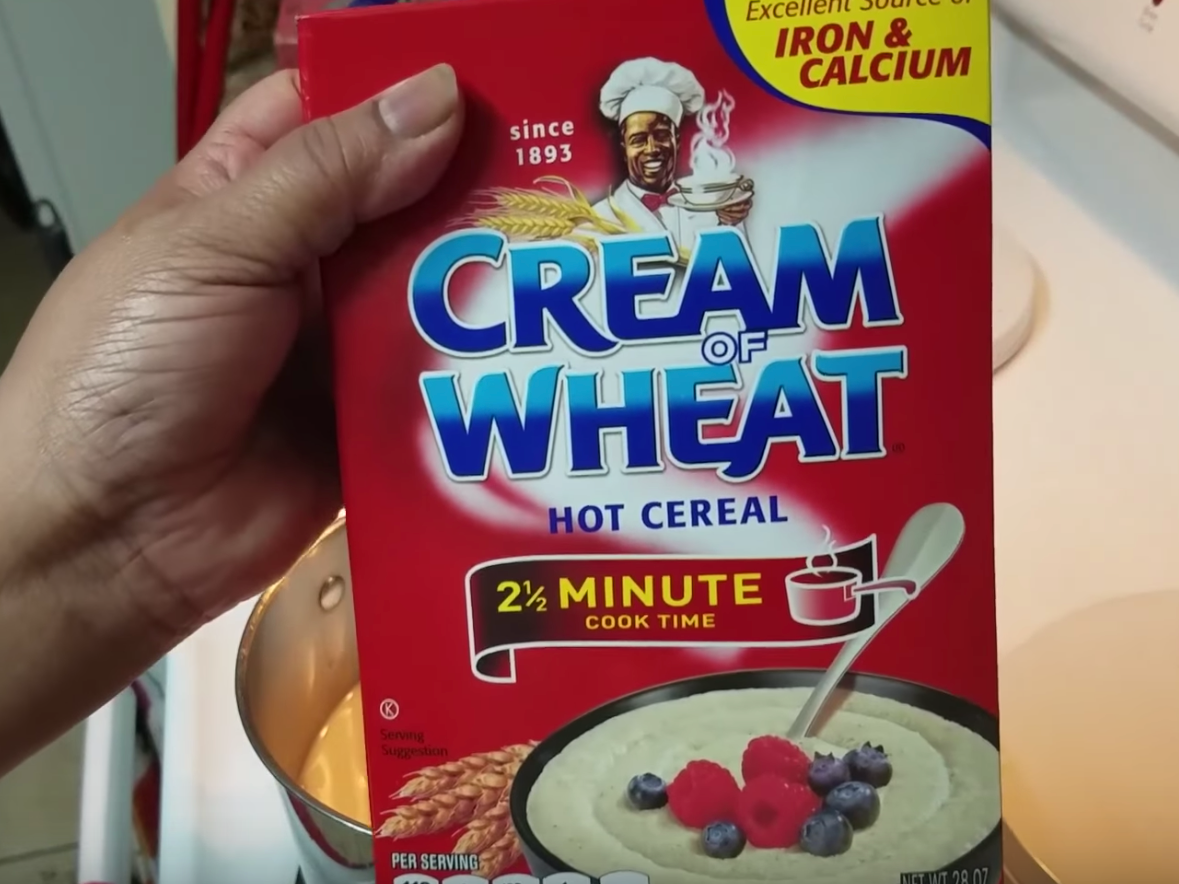 In 1901, Cream of Wheat introduced its mascot, Rastus, a smiling Black chef. The term “Rastus,” however, has long been considered an offensive term for Black men, inciting backlash for the brand. In 1925, Rastus was taken off the Cream of Wheat packaging and replaced with Frank L. White, a Black chef who can still be found on the boxes today.

Frito-Lay ran into some trouble in 1967 when Frito Bandito was introduced. 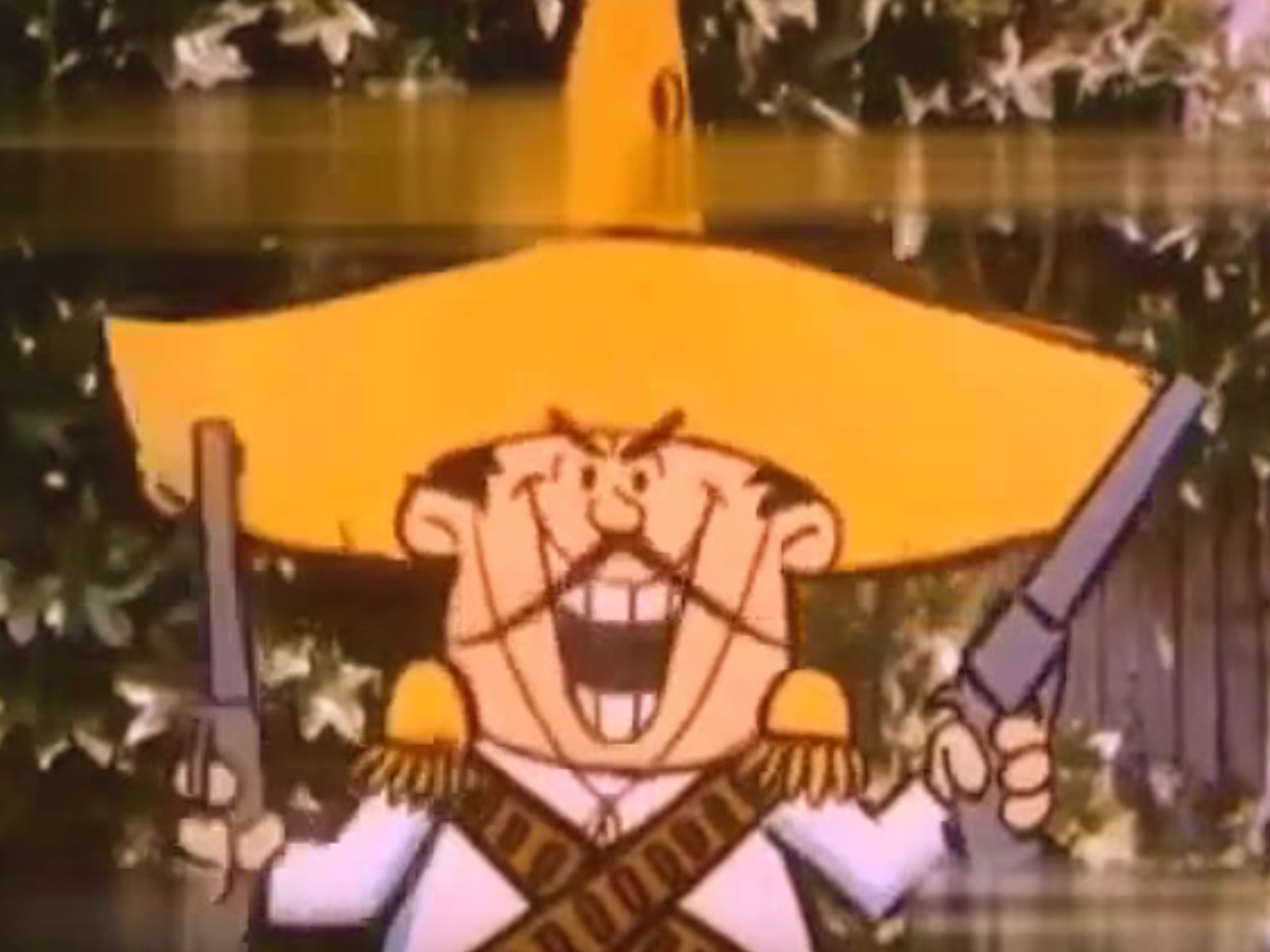 Frito Bandito was introduced in the late 1960s to help sell Frito-Lay chips. He was a stout, mustache-sporting, sombrero-wearing bandit who stole corn chips. Frito Bandito was accused of perpetuating Mexican stereotypes. In 1971, the company ended the campaign after people threatened to boycott the brand.

Chiquita has also been accused of perpetuating a stereotype about Latinas. In 1944, Chiquita used a banana dressed as a sultry woman as its mascot, something critics said perpetuated the stereotype of Latina women being hypersexual. Today the logo is a woman wearing a fruit hat, channeling Carmen Miranda. Some say the logo exoticizes and even sexualizes Latin America and the tropics. The logo and mascot are still used to market the bananas. 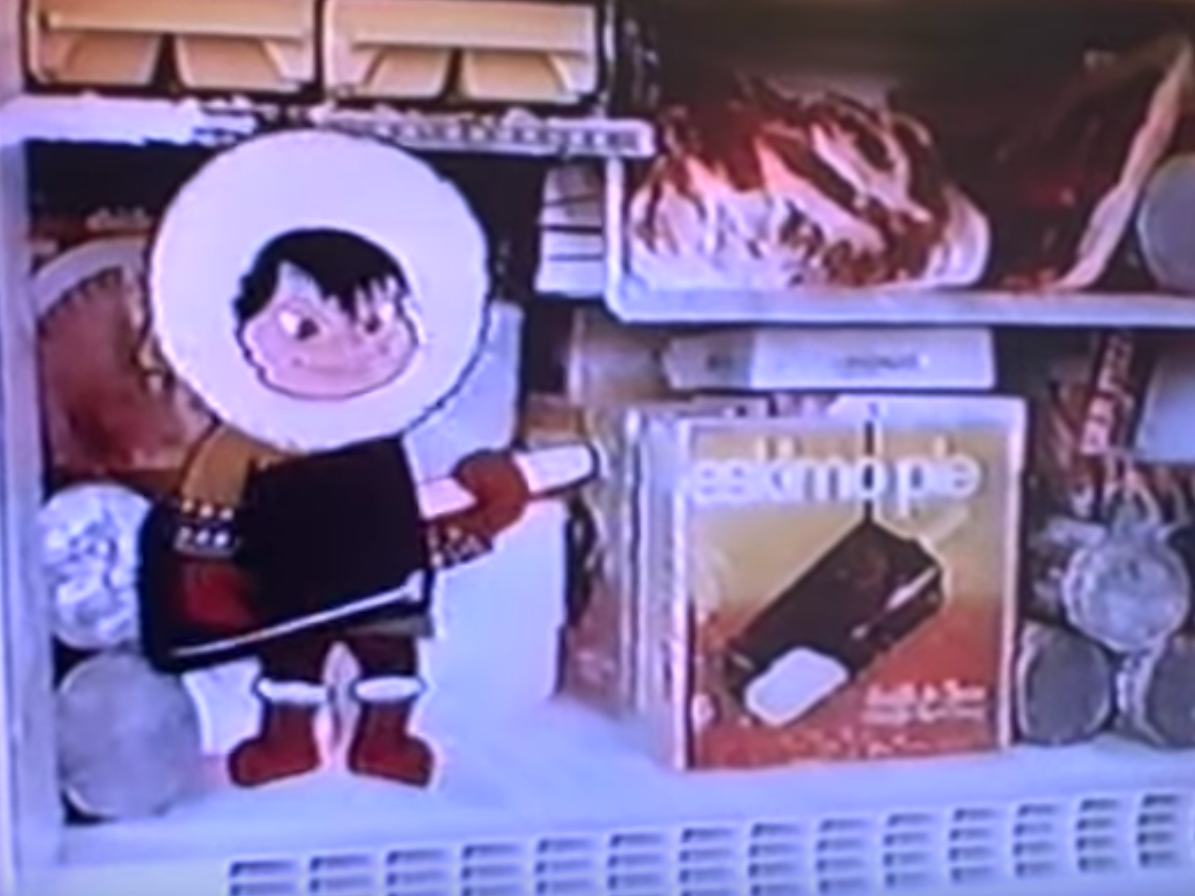 Though Eskimo Pies are a delicious ice-cream snack, they are steeped in controversy. Many consider the word “Eskimo” to be rooted in a derogatory term for Inuit and Yupik people. The company’s branding remains the same.

Land O’Lakes removed a drawing of a Native American woman from its packaging. The image had long been criticised as a racist stereotype. 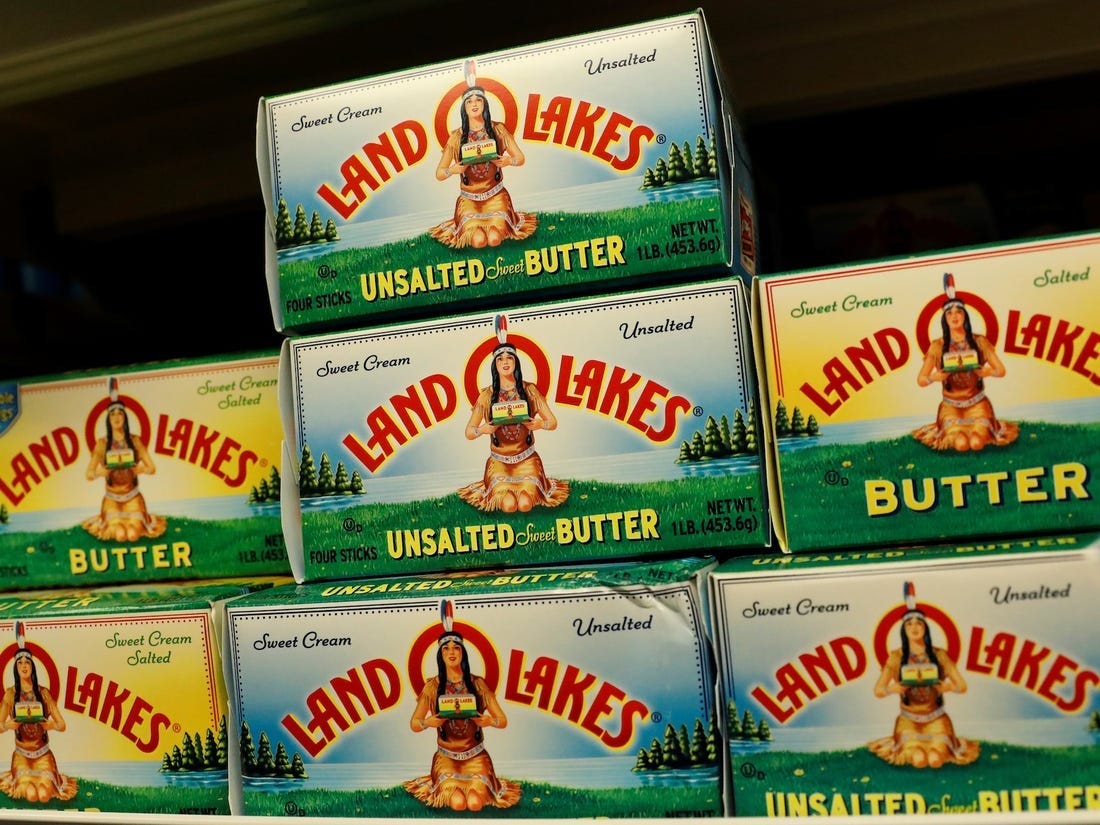 The woman on the box of every Land O’ Lakes butter box knelt on green grass in front of bright blue water and held a box that also had the same image, so it repeated into infinity. The company had come under fire for using Native Americans as the face of a white-owned brand.

In February 2020, Land O’ Lakes announced it would remove the woman from the logo.