Harpreet Singh Rai, like many CEOs, found himself unexpectedly pivoting his company’s priorities this year as the coronavirus outbreak upended daily life and business around the globe.

Rai, who is CEO of the Finland-based Oura Health, had already intended to work with health institutions on medical studies. But what he didn’t foresee was that his company would be distributing thousands of its $US300 health tracking rings to frontline healthcare workers beginning in March as part of an effort to curb the spread of a global pandemic.

“We really wanted to work with researchers to share data openly as many wearable companies don’t,” Rai said to Business Insider.

The Oura is comfortable to wear, but it does feel noticeably thicker than your average piece of jewellery. That being said, once you get used to it, you forget it’s there. It doesn’t buzz, vibrate, or light up like other wearables, and it’s less cumbersome to wear to sleep than a smartwatch or fitness band.

Among its most high-profile fans are Twitter and Square CEO Jack Dorsey, Salesforce CEO Marc Benioff, and Twitter co-founder Biz Stone, but the ring also gained attention outside of the tech sphere after it was spotted on Prince Harry’s finger. It counts Michael Dell as well as co-founders of companies such as YouTube, Twitch, and Skype among its investors.. This study, which was announced in late March, aims to find a way to detect COVID-19 early by measuring a wearer’s skin temperature and heart rate among other metrics. Oura has distributed 2,000 rings to medical centres across California, New York, and Massachusetts, with two hospitals in San Francisco being among the first to get them.

The company is also inviting all of its approximately 150,000 Oura ring users to participate, and 30,000 people have already signed up since the initiative kicked off in March. Those participating in the study wear Oura rings to measure changes in the body and report symptoms and any diagnosis through a questionnaire.

The study is ongoing and the current data is still being analysed, meaning researchers are far from extracting meaningful conclusions about COVID-19 from the study. But they’re already beginning to see early trends that may eventually help the medical community learn more about what happens after people recover from COVID-19.

“One of the really interesting things that I’m seeing in this data as I start my analysis is that some people really don’t recover back to their baseline,” Ben Smarr, a bioengineering and data science assistant professor for UCSD working on the study, told Business Insider.

While some participants who reported feeling sick look like a “textbook” case of illness – their bodies experience some changes in heart rate variability and respiration and then return to normal when they recover – a small subset of people didn’t follow that usual cycle. It’s unclear if this is related to COVID-19.

“When you look at sort of the patterns over time, the frequencies that their hearts keep coming back to for example, those just change,” Smarr said. “They just become different.”

But it’s too soon to know precisely what that means as it relates to the coronavirus. Researchers need more time, more data, and more analysis of that data before they can begin to understand how useful the Oura ring can be useful in detecting illness early.

And because the coronavirus is so new, little is known in general about whether it will impart any long-term effects. 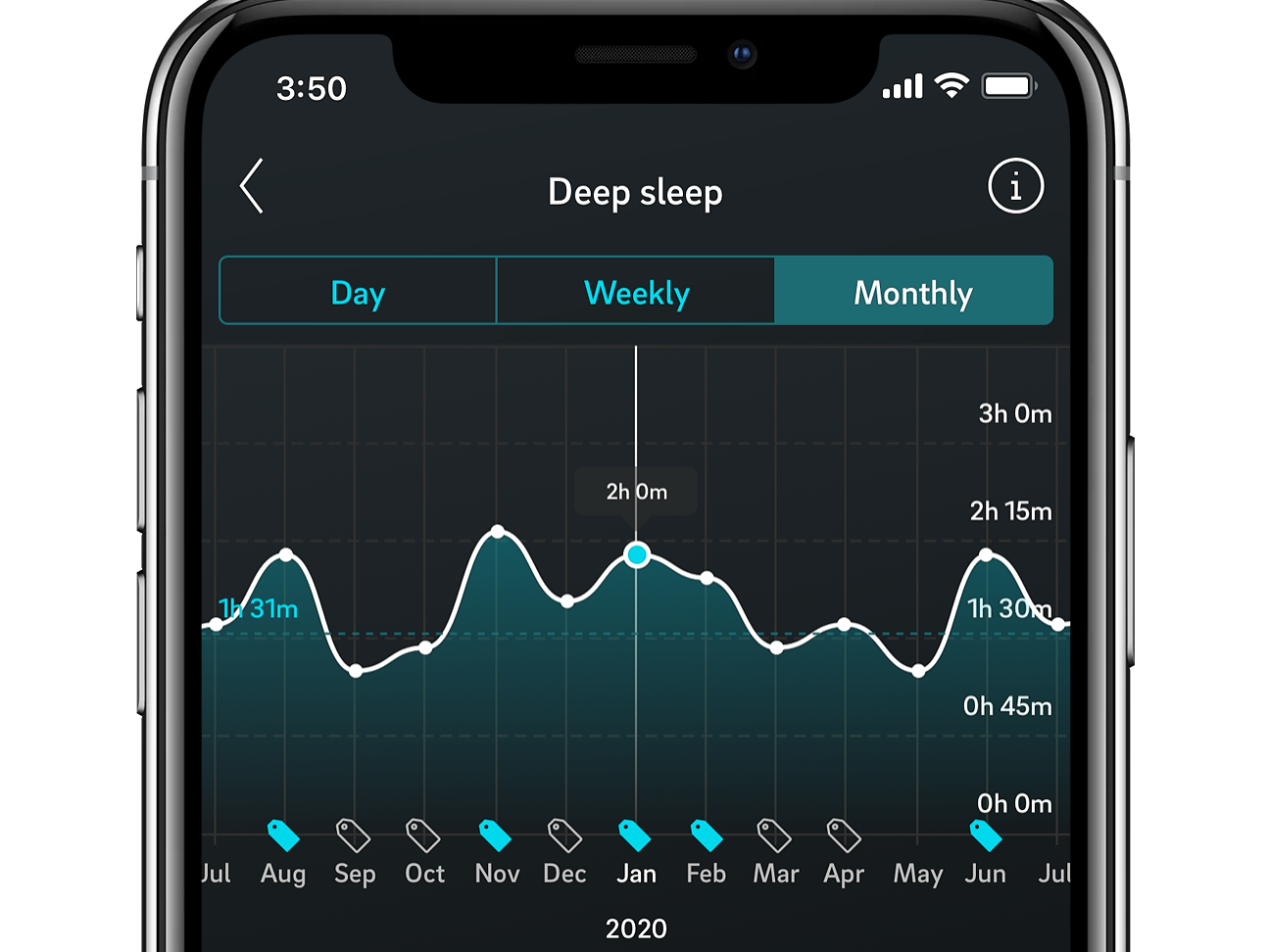 Oura HealthOura has mostly been known as the sleep tracker of choice for Silicon Valley’s elite, but it also monitors heart rate and temperature, making it helpful to researchers.

Some early studies coming out of China have suggested that the coronavirus may have lasting impacts on the body for some people. For example, after conducting blood test on 34 patients over the course of their hospitalisation, scientists in China found that some biological markers, like liver function, didn’t return to normal, according to the Los Angeles Times.

Still, even that study is considerably small, and since the virus has been spreading for only a few months, it’s impossible to know what long-term survivors may experience years from now.

Smarr said the researchers are taking two important steps to help them fill in the gaps when it comes to data. They are in the process of trying to obtain COVID-19 antibody tests for all participants, and have begun sending monthly follow-up surveys to discern if respondents have any existing conditions that may influence how illness impacts their bodies. Some participants have sought out their own COVID-19 tests, but no tests have been distributed through the study yet.

“What we would like to know is: not just did you feel sick around the time COVID was going around, but was this really COVID?” said Smarr. “So what we’re trying to do is get as much of that context as possible.”

Smarr hopes that in addition to detecting symptoms, the research could be used to help those who may be eventually experience long-tail impacts from the virus, should there be any.

“A lot of the focus initially remains on early detection of course,” Smarr said. “But very soon a lot of people are going to have to switch to dealing with the aftermath.” 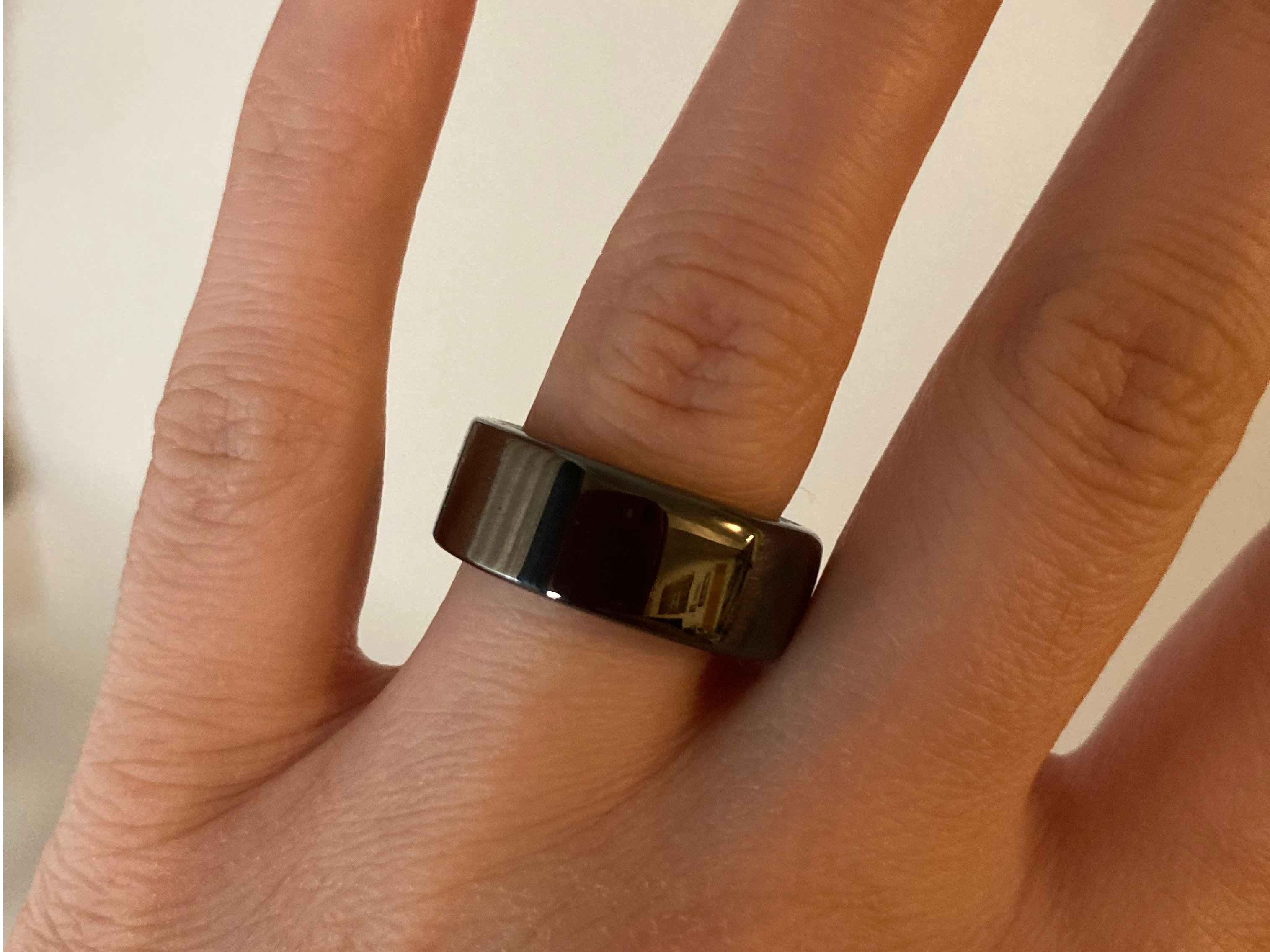 Lisa Eadicicco/Business InsiderThe Oura doesn’t buzz, vibrate, or light up like other wearables, and it’s less cumbersome to wear to sleep than a smartwatch or fitness band.

Oura’s efforts are also another example of how tech companies large and small are putting their efforts and resources toward preventing the spread of COVID-19. Among the most high-profile examples of tech stepping in to curb the virus is Apple and Google’s joint effort to launch a contact tracing program that can be executed through smartphones.

Oura also isn’t the only wearable tech company investigating how devices worn on the body can be used to detect illness. Smart wristband maker Whoop also announced that it’s partnering with the Cleveland Clinic and Central Queensland University in Australia on a study that involves collecting data from self-identified COVID-19 cases.

As for Oura, Rai says the company is refocusing some of its priorities on finding ways to better help wearers understand when they may be getting sick. That will involve refining the ring’s features and participating in more health studies. As an example, Rai said the company is looking at adding more features into the Oura app that can alert users when they might be coming down with symptoms of an illness.

“Probably for the next year, anytime someone gets sick they’re probably going to be a little more worried than normal,” Rai said. “So I think, how can we help consumers understand when to take it easy, perhaps even a day or two in advance before they feel it.”

There are still a lot of questions around what will come of the Oura study. But Smarr says the researchers may be close to taking a first step toward being able to detect whether people are becoming sick before they realise it.

“I suspect that people will keep analysing this data for years and keep making new improvements as new techniques come out,” Smarr said. “And so while I hope we have something useful very soon, I don’t think that will be the end of the story.”