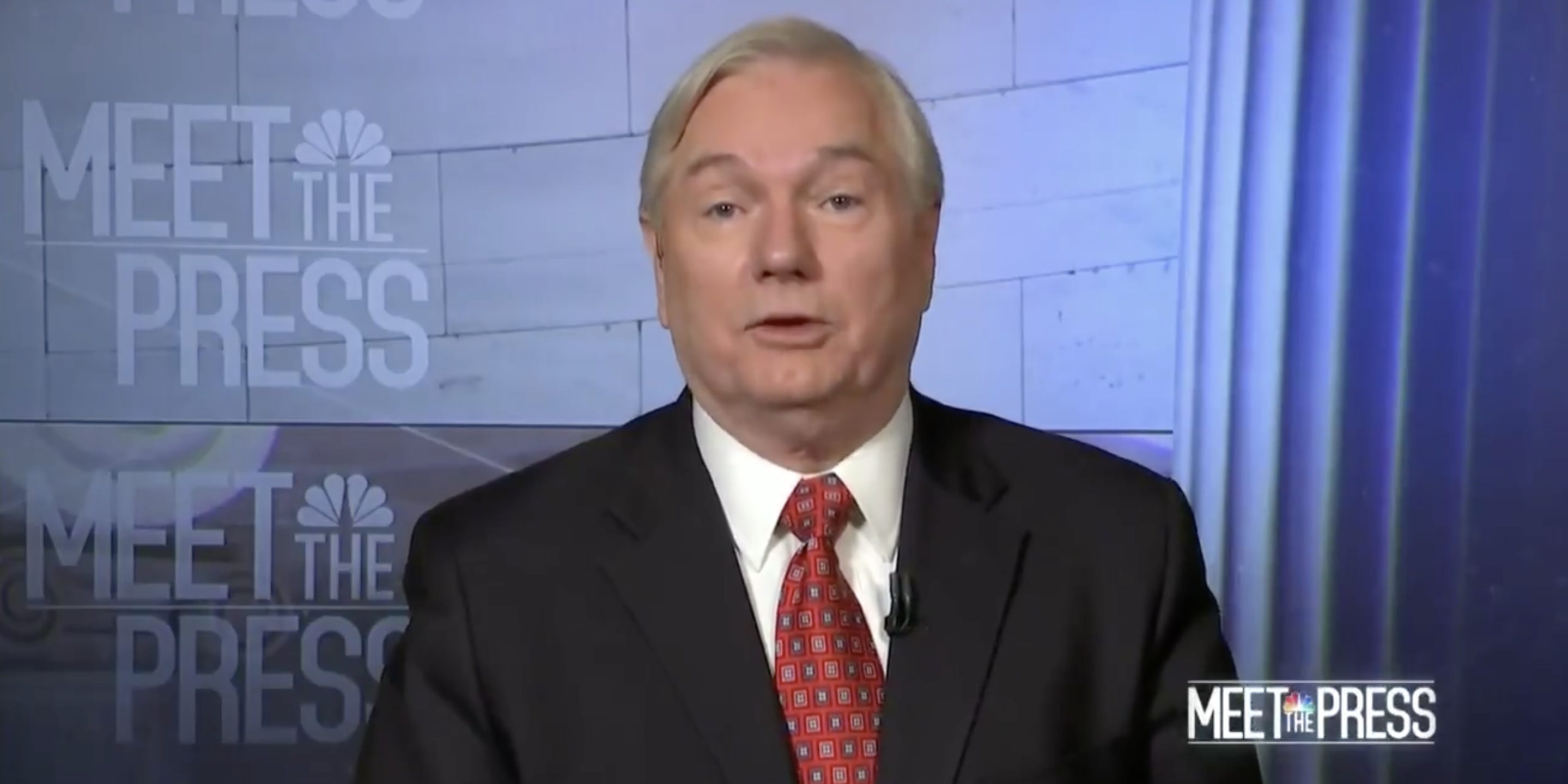 Meet the Press/NBCDr. Michael Osterholm, the director of the Center for Infectious Disease Research and Policy at the University of Minnesota, during an appearance on NBC News’ ‘Meet the Press’ on Sunday, October 18, 2020.

Dr. Michael Osterholm, the director of the Center for Infectious Disease Research and Policy, warned Sunday about the current state of the pandemic in the US despite a continued decline in new cases.

“We are in the eye of the hurricane right now,” he said during an appearance on NBC News’ “Meet the Press.” “It appears that things are going very well – you even see blue skies. We’ve been through a terrible terrible year.”

According to data analyzed by Johns Hopkins University, the number of new daily cases of COVID-19 diagnosed each day has fallen to less than 70,000 new cases each day – down from a peak earlier this year where new daily cases surpassed 200,000.

Vaccinations have also been accelerated as supply has increased following the emergency authorization of the single-shot Johnson & Johson vaccine in late February. Biden said on March 6 all adult Americans could be vaccinated by the middle of May.

But Osterholm said there was reason for concern over the spread of the more contagious B.1.1.7 variant of the virus, which was first discovered in the United Kingdom and has since “wreaked havoc” on Europe.

“Many of these countries have been in lockdown now for two months just to try to control this virus,” Osterholm said of European countries hit hard by the variant.

The warnings come amid relaxed public health measures that health officials have warned are premature. States across the US have begun to once again scale back measures to stem the spread of COVID-19. Several states including Texas, Mississippi, Iowa, Montana, and North Dakota, have rescinded mask mandates.

Experts have also warned that spring break vacationers could spread the highly contagious variant in the coming weeks, even as the Centers for Disease Control and Prevention continue to discourage travel.