THEN AND NOW: The cast of the original 'Spider-Man' 18 years later 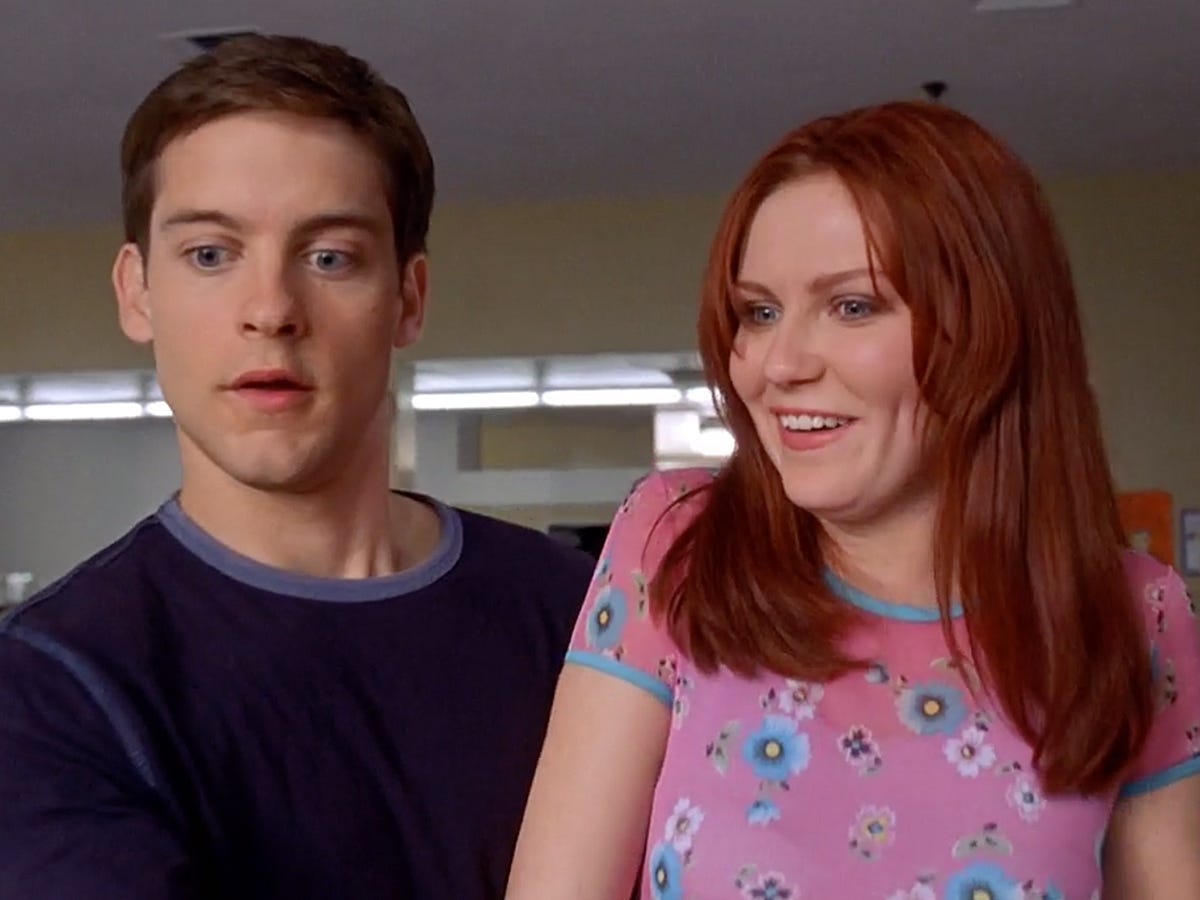 Before Tom Holland and Andrew Garfield made their debuts as Spider-Man in separate film adaptations, Tobey Maguire was the first actor to portray the webslinger on the big screen.

The first “Spider-Man” movie in Sam Raimi’s trilogy, which starred Maguire and Kirsten Dunst, was released in theatres in May 2002. The film focused on Peter Parker, whose life as an ordinary teenager was changed after being bitten by a genetically modified spider. With his new identity, he took on the role of the “friendly neighbourhood Spider-Man” and looked out for New York citizens.

“Spider-Man” was well-received by critics and led to two sequels that were released in 2004 and 2007.

Here’s what the stars have been up in the 18 years that have passed since the movie came out. While on a field trip to a genetics lab at Columbia University, a spider got loose and bit Peter on his right hand. As a result, he was gifted with fast reflexes, perfect vision, strength, and webs that shot out of his wrists.

Maguire went on to star in several movies after “Spider-Man,” but he’s laid low for the most part. 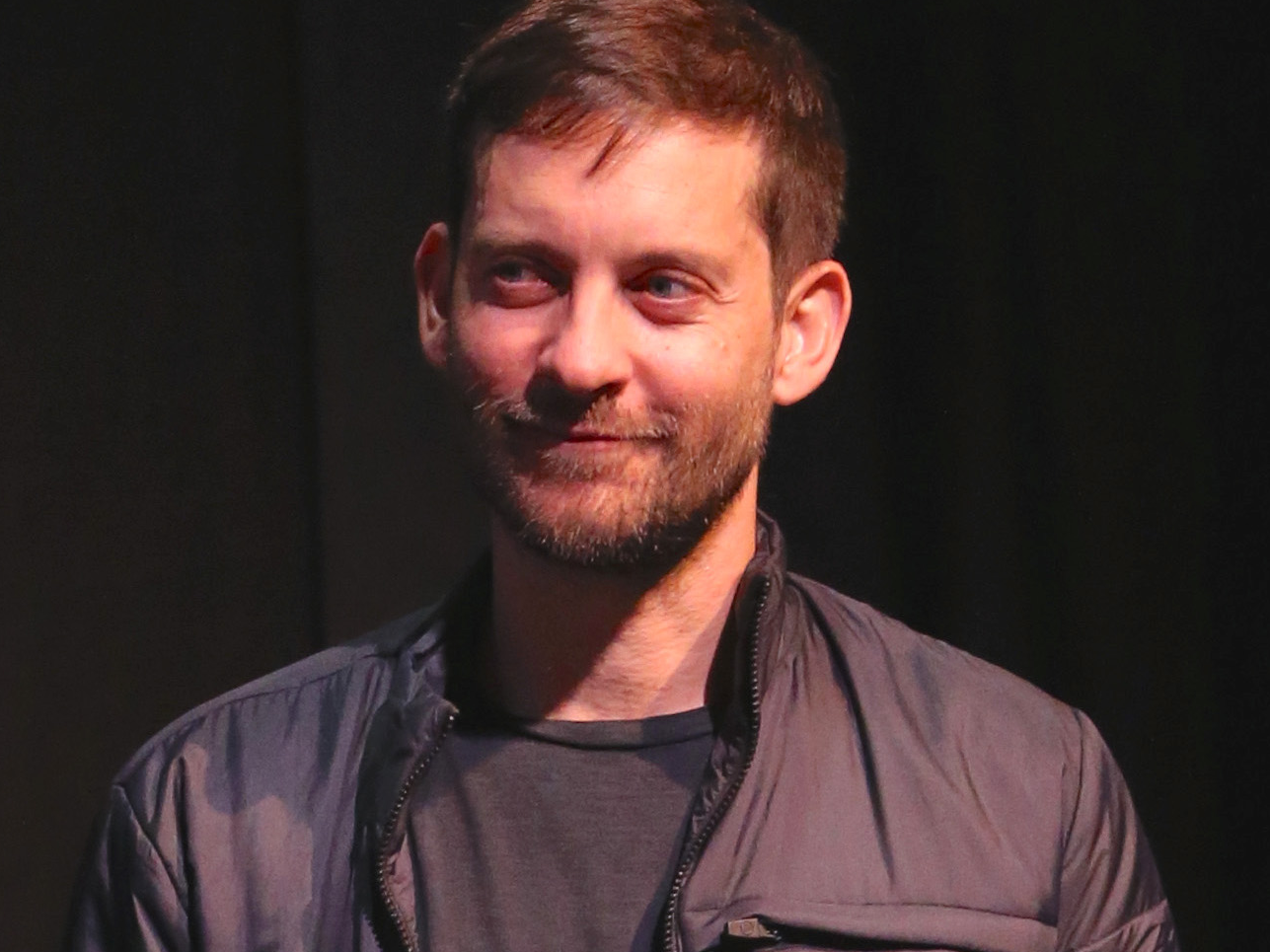 He starred alongside Jake Gyllenhaal and Natalie Portman in the 2009 drama “Brothers” (which earned Maguire a Golden Globe nomination) and portrayed Nick Carraway in the 2013 “Great Gatsby” remake with Leonardo DiCaprio.

More recently, Maguire voiced the adult version of Tim in the 2017 animated movie “The Boss Baby.” He’s also produced movies like “Boyz in the Wood” and “The 5th Wave.”

Maguire was allegedly involved in illegal gambling (Ben Affleck and Leonardo DiCaprio also reportedly participated) that was led by Molly Bloom. Bloom wrote a 2014 memoir about the gambling ring and a movie based on the story was released three years later, starring Jessica Chastain.

In 2011, the actor was sued for allegedly winning $US311,000 from Bradley Ruderman, the CEO of Ruderman Capital Partners. Maguire reportedly settled the poker lawsuit later that year. She was Peter’s next door neighbour who pursued acting after graduating from Midtown High. After Spider-Man saved her life, she pulled down half of his mask and the two shared the now-iconic upside-down kiss in the rain.

Kirsten Dunst stars on a new Showtime series called “On Becoming a God in Central Florida,” which premiered in summer 2019. On the show, which is described as a “dark comedy,” Dunst portrays “a minimum-wage-earning water park employee who will eventually scheme her way up the ranks of Founders American Merchandise: the cultish, flag-waving, multi-billion-dollar pyramid scheme that drove her family to ruin.”

For her role on the series, Dunst got a 2020 Golden Globes nomination for best performance by an actress in a musical or comedy television series. The show also got renewed for a second season.

After “Spider-Man,” Dunst portrayed the titular character in Sofia Coppola’s “Marie Antoinette.” She also reunited with Coppola for 2017’s “The Beguiled.”

In addition to guest starring on shows like “Portlandia” and “Drunk History,” the actress also played Peggy Blumquist on “Fargo,” which is where she met fiancé Jesse Plemons. The couple welcomed their first child together, a son, in May 2018. As the son of a businessman, Harry was raised in a wealthy household and believed that buying gifts for people fixed problems and dressing in fancy clothing looked impressive.

Franco most recently starred on HBO’s “The Deuce,” which ended in October 2019 after three seasons. After “Spider-Man,” Franco starred in movies like “Pineapple Express,” “Milk,” “127 Hours,” and “Spring Breakers.” Franco’s 2017 movie “The Disaster Artist,” based on director Tommy Wiseau and his cult film titled “The Room,” was received well by critics and fans, earning an Oscar nomination.

During an appearance on CBS’ “The Late Show With Stephen Colbert,” the actor said the Twitter accusations were “not accurate,” but added that he supported “people coming out and being able to have a voice because they didn’t have a voice for so long. So I don’t want to shut them down in any way, and I think it’s a good thing and I support it.”

In her memoir, Busy Philipps, who costarred with Franco on “Freaks and Geeks” also alleged that he assaulted her while they were filming a scene for the series.

Sister-in-law Allison Brie also came to Franco’s defence shortly after Scarlett Johansson publicly called out the actor for wearing a Time’s Up pin.

Despite allegations, Franco continued working on HBO’s “The Deuce,” in which he portrayed twins Vincent Martino and Frankie. Costar Maggie Gyllenhaal addressed the decision to keep Franco during an interview with SiriusXM.

“You know, we at the time that the accusations against James came out in the LA Times we read them all, we took them very seriously,” she said. “We spoke to every woman on the crew and in the cast to find out if they felt respected and what their experience of working with James was and everyone said that they had been totally respected by him.” The Oscorp leader grew vengeful after the company’s board members agreed to a buyout from competing brand Quest. In addition to killing the members at a parade, Spider-Man (who he found out was Peter) became the Green Goblin’s top enemy.

Dafoe recently starred alongside Robert Pattinson in the black-and-white film “The Lighthouse.” Vianney Le Caer/Invision/APWillem Dafoe in May 2019.

In 2018, the actor also starred alongside Jason Momoa in “Aquaman.”

He portrayed Vulko and told CinemaBlend that his experience working on the DC film in comparison to “Spider-Man” was “very different.”

Aside from “Aquaman,” you may have also seen the four-time Oscar nominee in “The Fault in Our Stars,” “The Florida Project,” and “John Wick.” In the movie, Uncle Ben was the character who uttered the famous line, “With great power comes great responsibility.” Columbia PicturesRosemary Harris as May Parker in ‘Spider-Man.’

She ended up in the hospital after the Green Goblin attacked her, but recovered.

Harris is primarily known for her theatre work and recently received a lifetime achievement award at the 2019 Tonys. Charles Sykes/Invision/APRosemary Harris in May 2019.

The 92-year-old actress first appeared on Broadway in the ’50s, beginning with “The Climate of Eden.” She also starred as Mrs. Higgins in “My Fair Lady.” In addition to her lifetime achievement award, Harris also won a Tony for best actress in a play for “The Lion in Winter.” 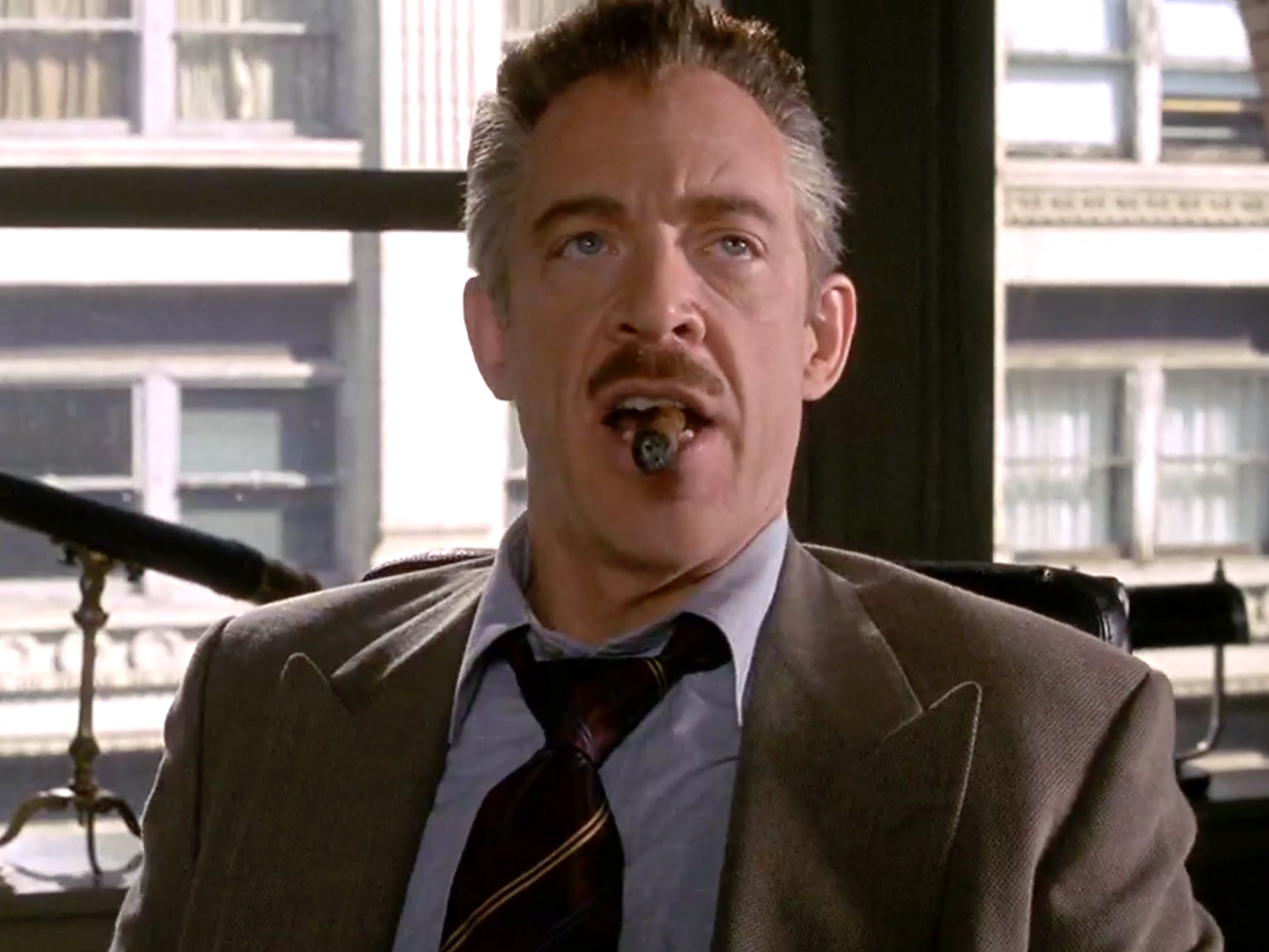 Even though people praised Spider-Man and called him a hero, Mr. Jameson was sceptical of the masked figure’s true intentions. In trying to build his photography portfolio and earn some money, Peter approached him for a job as a photographer at the newspaper. Simmons also reprised his “Spider-Man” role for 2019’s “Spider-Man: Far From Home” and said that fans expect to see more of the character in upcoming projects.

The actor has appeared on plenty of TV shows and movies throughout his career, including the animated series “Justice League Unlimited,” “Archer,” “Law & Order,” “BoJack Horseman,” and “The Simpsons.”

For his role as an intense music instructor in the 2014 movie “Whiplash,” the actor earned a SAG Award, a Golden Globe, and an Oscar. 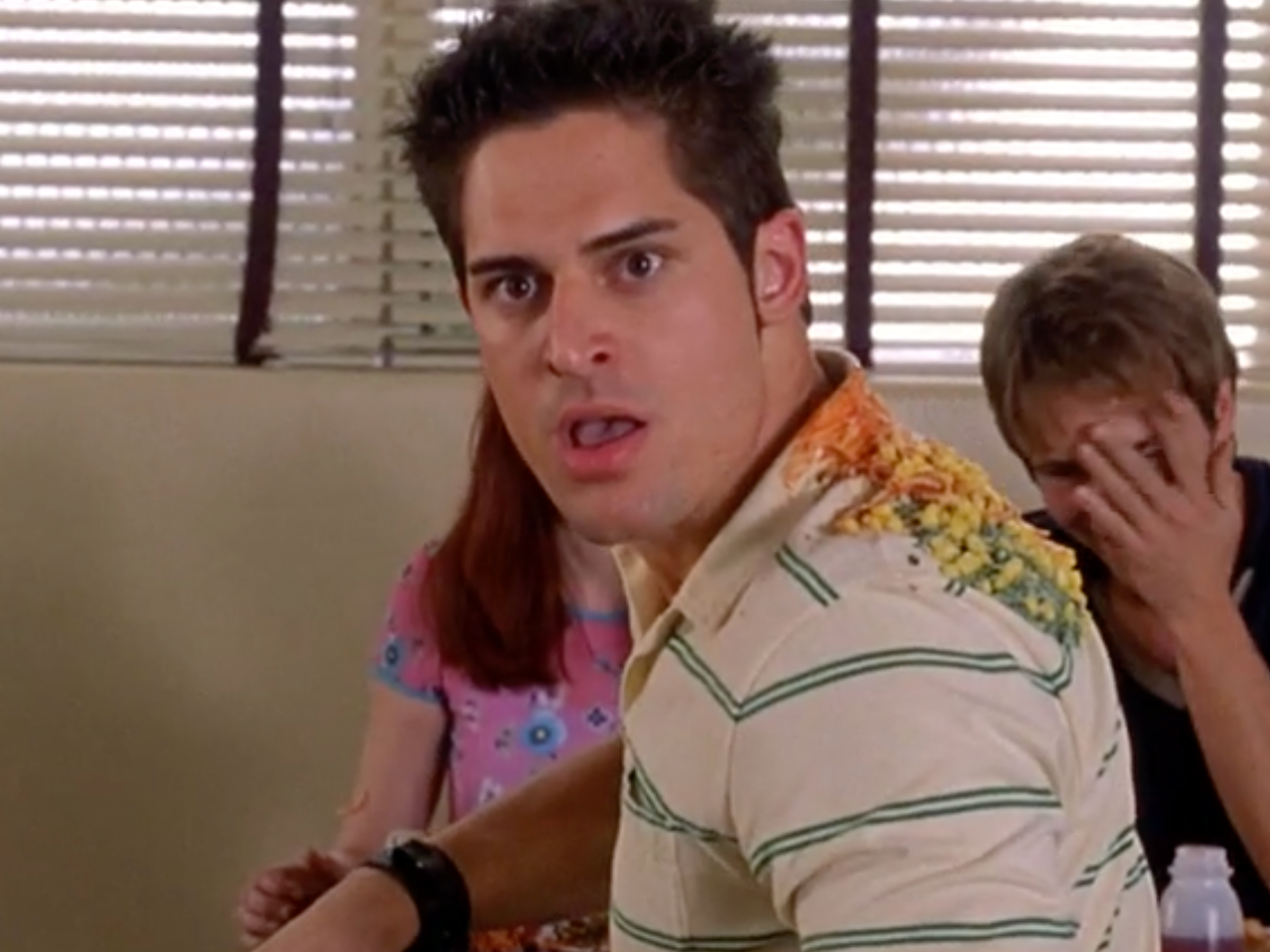 He got into a fight with Peter after the latter accidentally used his web powers to launch a plate full of food in Flash’s direction while in the cafeteria. MJ also broke up with him following their high school commencement ceremony.

Manganiello made his debut as Deathstroke/Slade in DC’s 2017 movie “Justice League.” The actor showed up as the villain in a post-credits scene. While at San Diego Comic-Con in 2018, Manganiello told MTV that there have been discussions for Deathstroke to appear in another project, but nothing’s solid yet.

“All I can say is, for the hardcore fans, it’s in the works,” the actor said. “They want the character to happen, it’s just when he happens.”

In 2020, it was revealed that he will appear as Deathstroke in Zach Snyder’s 2021 cut of “Justice League.”

After “Spider-Man,” Manganiello became known for his roles as Owen Morello on “One Tree Hill” and Alcide Herveaux on “True Blood.” He also starred alongside Channing Tatum in “Magic Mike” and its 2015 sequel.

In addition, Manganiello has guest-starred on shows like “How I Met Your Mother,” “One Day at a Time,” and “The Big Bang Theory.”

Outside of acting, Manganiello married “Modern Family” star Sofia Vergara in 2015. In an interview with Cigar Aficionado magazine, the actor said that the “biggest adjustment” was “coming to grips with the idea that someone who is not related to you could possibly love you that much. She was it for me.”

Octavia Spencer has a minor role as a check-in girl at the wrestling event that Peter participated in. Peter was hoping to win the cash prize of $US3,000 if he could last three minutes in the ring with an undefeated opponent. Spencer’s character was sceptical about Peter’s odds and called him “small fry.”

Spencer is now a leading lady and Oscar winner. The actress went on to star in hit movies like “The Help” (in which she won an Academy Award playing Minny Jackson), “Fruitvale Station,” “Snowpiecer,” “Hidden Figures,” and “The Shape of Water.”

In 2019, Spencer terrified audiences in the horror movie “Ma.”

She also starred alongside “Breaking Bad” actor Aaron Paul in Apple TV Plus’ “Truth Be Told” and voiced a character in Disney/Pixar’s “Onward.”