An Oregon family fleeing wildfires ran out of gas as they drove away from the blaze, and had to abandon their car and boat to get to safety 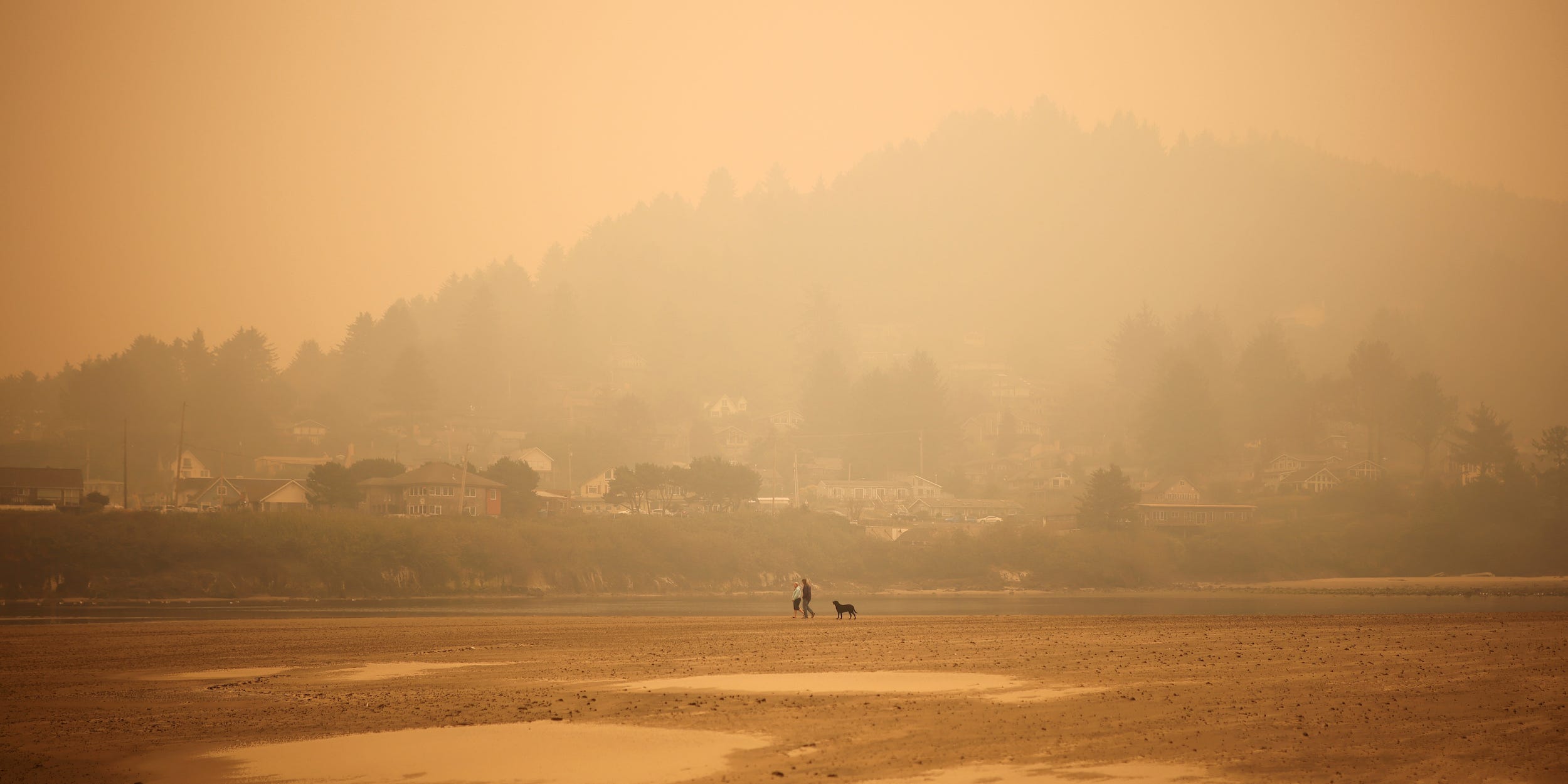 Carlos Barria/ReutersPeople walk by the Pacific Ocean coast as smoke from wildfires covers an area near Yachats, Oregon..JPG

An Oregon family ran out of gas while fleeing a wildfire on Tuesday morning, and they had to abandon their car and boat in a parking lot to get to safety.

Allison Hargett, from Gladstone, Oregon, told CNN that she, her husband, her 6-year-old daughter, and their friends were camping at Detroit Lake State Park near Salem when they were told to evacuate at around 1 a.m. because of the Beachie Creek Fire.

As they drove away from the campground behind their friends’ vehicle, the Hargetts ran out of gas.

“[Our friends] were in front of us and saw that we pulled over and turned around, tossed their stuff in the back seat and told us to get in and let’s go,” Hargett told CNN. “They saved us.”

Hargett recorded video of the Beachie Creek Fire as they drove home â€” footage shows trees engulfed in flames and an orange sky.

The Beachie Creek Fire started on August 16 and has since burned more than 132,000 acres. According to the National Fire Coordinating Group said the fire is burning “very steep terrain,” which makes it more difficult for firefighters to access.

The families made it home safely, but Hargett doesn’t know the status of her boat or car.

“We are also devastated to lose our vehicle and boat … but we are OK at least,” she told CNN.

Marion County, where Salem is located, declared a state of emergency on Tuesday and issued evacuation orders in multiple cities, according to Oregon Live.

“We care deeply about the safety of all of our community members. The extreme fire activity in the area poses an imminent danger to anyone who chooses to remain in the evacuated area,” Marion County Sheriff Joe Kast said in a statement to Oregon Live. “I encourage anyone still in the Santiam Canyon to leave immediately following the deputies out of the area. I cannot say when the conditions will allow deputies and other emergency responders to return to the area to render assistance. Please leave now.”