Giphy ruined GIFs, and Facebook ruined the internet. They're perfect for each other.

On May 15, Facebook announced that it had purchased Giphy, the searchable GIF repository, for a reported $US400 million. The service will be under the Instagram umbrella; Giphy is already integrated with the app.

Since it was founded in 2013, Giphy has grown into an essential tool for millions of internet users who can’t quite express themselves in words and need a character from Doctor Who to help. Facebook’s acquisition, then, makes perfect sense: one company that has made the internet less creative fun and more formulaic is buying another company that has done the same.

In their early days, GIFs were a hallmark of internet fluency

At the start of the 2010s, animated GIFs were the most versatile file format on the internet, having grown out of their rudimentary MySpace form. These GIFs were more dynamic than still images but more lightweight than uploading a full video, making them easy to drop into things like email. The animated GIF was particularly popular on Tumblr, where obsessive fans clipped out their favourite TV characters and moments and facial expressions in order to assemble moodboards.

In tandem, popular Tumblr blogs like What Should We Call Me recontextualized these images as “reaction GIFs,” which are exactly what they sound like. Instead of sending an eyeroll emoji, you can use a GIF of Tina Fey rolling her eyes. 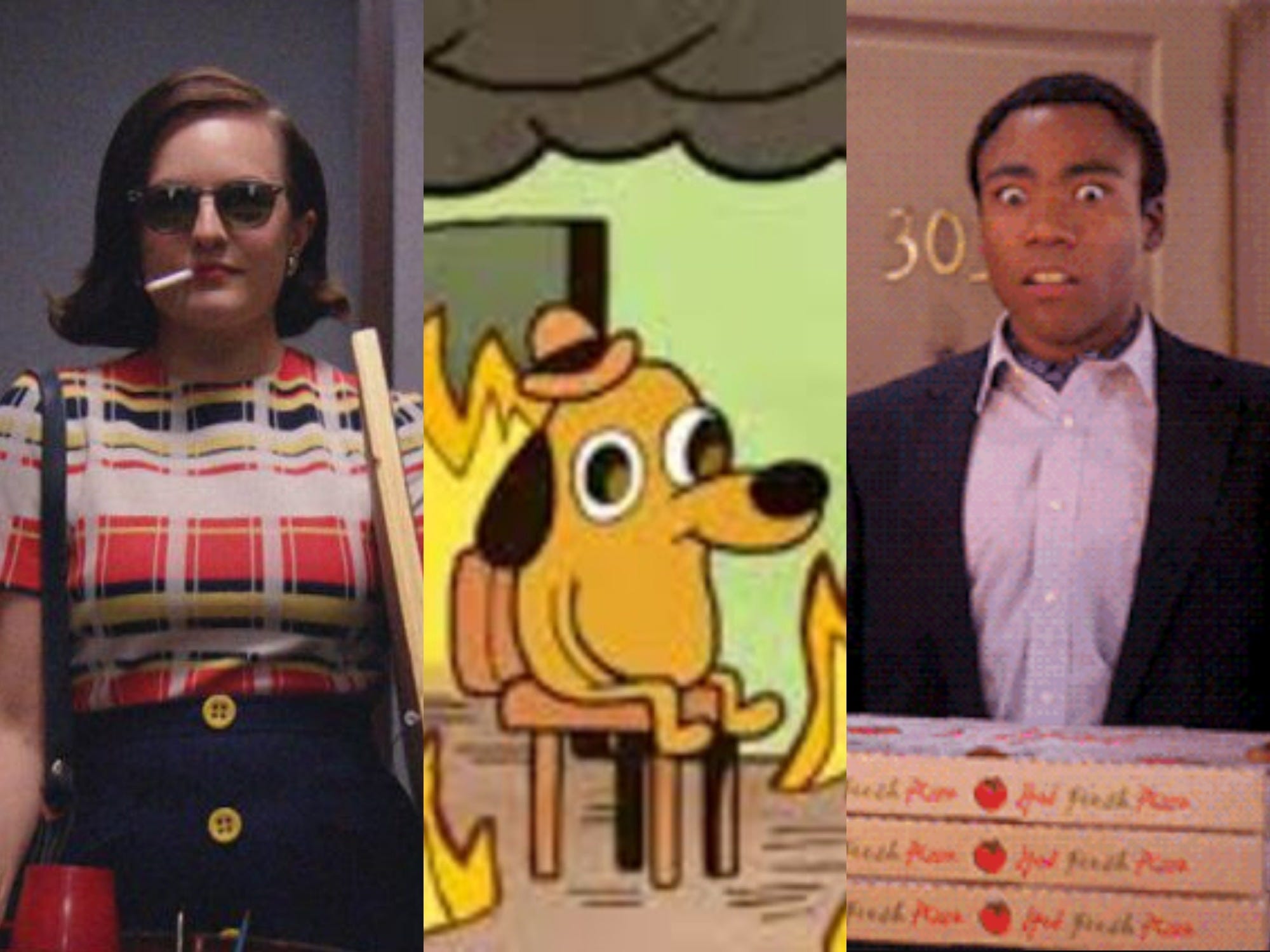 The ability to make a GIF was, for a brief window, a specialised skill only practiced by people with working copies of Photoshop, exporting individual frames from video clips and layering them. Media organisations that didn’t want to run afoul of copyright restrictions began GIFing pop culture into shareable bits perfect for social media. (See: ‘Mad Men’ GIF For The Ages, Buzzfeed, 2009.)

And then Giphy stepped in

But there was no easy way to find just the right GIF, and that’s where Giphy came in. Founded in 2013, Giphy scraped a bunch of GIFs from the internet, tagged them, indexed them, and ranked them algorithmically. Suddenly, GIFs were available to everyone, not just the obsessives with the folders.

Shortly after Giphy was founded, Twitter announced support for uploading GIFs (actually re-encoding them as video files to save bandwidth) in 2014. Soon after, in 2015, Facebook relented as well. In 2016, Apple released iOS 10, with Giphy search tools integrated into its messaging software.

Whether by design or intent, Giphy’s search tools led to a noticeable monotony in GIF culture. The same principles that apply to Google also seem to apply to Giphy: if you’re not in the top three results, you might as well not exist. Reaction GIFs became flattened and less diverse.

If you’re active on Twitter, at least once a day – assuming you follow normies or are a normie – you’ll see Jonah Hill dragging his finger across his neck, or this one particular spit take, or Michael Jackson or Stephen Colbert eating popcorn, or the guy from Australia’s Got Talent with his jaw on the floor, or Meryl Streep and JLo applauding at the Oscars, or Jay-Z nodding his head. Giphy’s integration with larger platform also forced the company to sweep some of the more, um, eccentric parts of GIF culture under the rug.

This pattern of behaviour – growth, increased scrutiny, eventual homogeneity – is what makes Giphy perfect for Facebook, an enormous company that tries to serve so many disparate audiences it has no idea what it stands for, and whose sorting algorithm has made the once-vibrant web into a stale and infuriating place.

Facebook is structured around the News Feed, which means that anyone trying to get attention on the platform caters to the whims of that algorithm. It’s why all headlines seem to have the same format, and why videos and livestreams started appearing more frequently. By funelling all of the internet through a dominant, centralised system with its own internal – and opaque – rules, everything begins to look the same.

Facebook and Instagram’s dominant aesthetic is lowest-common-denominator cutesy pablum that feigns having a point of view or personality without actually having one. Such is the cost of aggressively centralizing disparate audiences onto a single service. Facebook consolidated the internet, sucking up diverse message boards and blogs and fan websites, and made it boring and formulaic and a slog. Giphy centralised GIF culture in the same way.

Facebook has also acquired a company that is hooked into many of its competitors, posing significant privacy and antitrust issues. 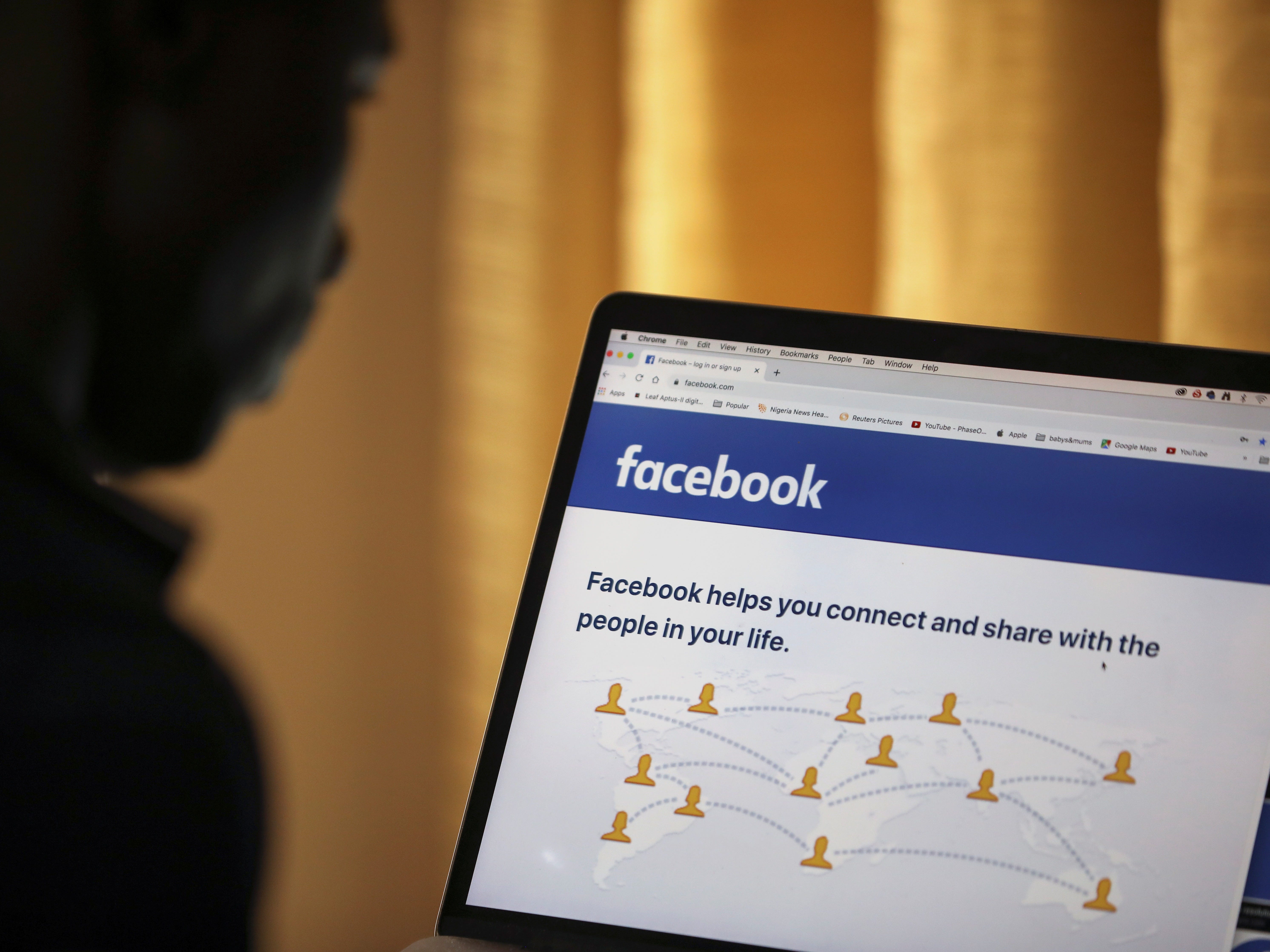 ReutersMan opens the Facebook page on his computer in Abuja

Disney briefly took GIFs of Baby Yoda off of Giphy last year, due to a momentary (and largely unexplained) spat over copyright. But that was when Giphy was a relatively small company. Now it’s part of Facebook, and rights holders may be much more eager to go after Facebook’s very fat wallet.

It’s entirely possible that Facebook might choose to purge these possible IP headaches rather than deal with the associated costs and paperwork, wiping out years of accumulated digital memorabilia – and further flattening the already paltry landscape. (This would not be a new strategy: years ago, Yahoo acquired Geocities, only to unceremoniously kill it off when it couldn’t figure out what to do with it.)

It’s entirely possible that Facebook might choose to purge these possible IP headaches rather than deal with the associated costs and paperwork, wiping out years of accumulated digital memorabilia – and further flattening the already paltry landscape.

Giphy and Facebook have both made the web boring and predictable and stifling. Just as Facebook’s News Feed became a crutch for users, a convenient and perilous way to let automated systems do your web-surfing for you, Giphy’s database is also a crutch, making the formerly individual task of GIF gathering and curation into a project of the collective hive mind. Both have had a stultifying effect on internet culture. These two companies were made for each other.

Brian Feldman is a full-time gamer living in Brooklyn. He writes about technology on occasion.