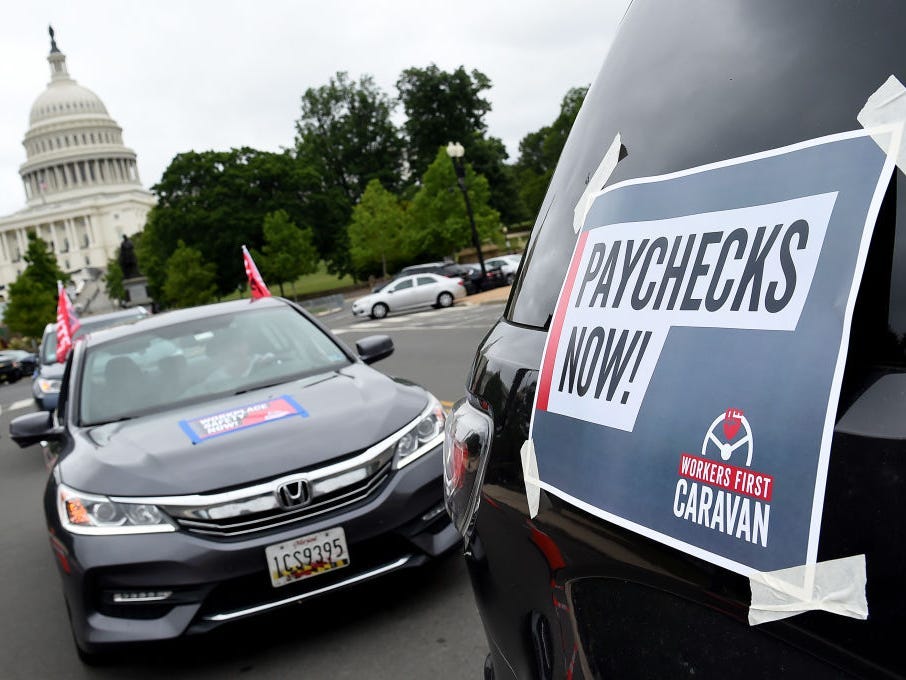 OLIVIER DOULIERY/AFP via Getty ImagesLabour organisations called for car caravan demonstrations across the US to protest record unemployment on June 17.

A Tuesday note from Bank of America Research predicts a correction for the stock market â€” and also showcases the disconnect between Wall Street and the rest of the economy.

In a chart, BofA researchers show how as the S&P 500 has climbed to record highs, Main Street indicators have in most cases stayed far below pre-pandemic levels. 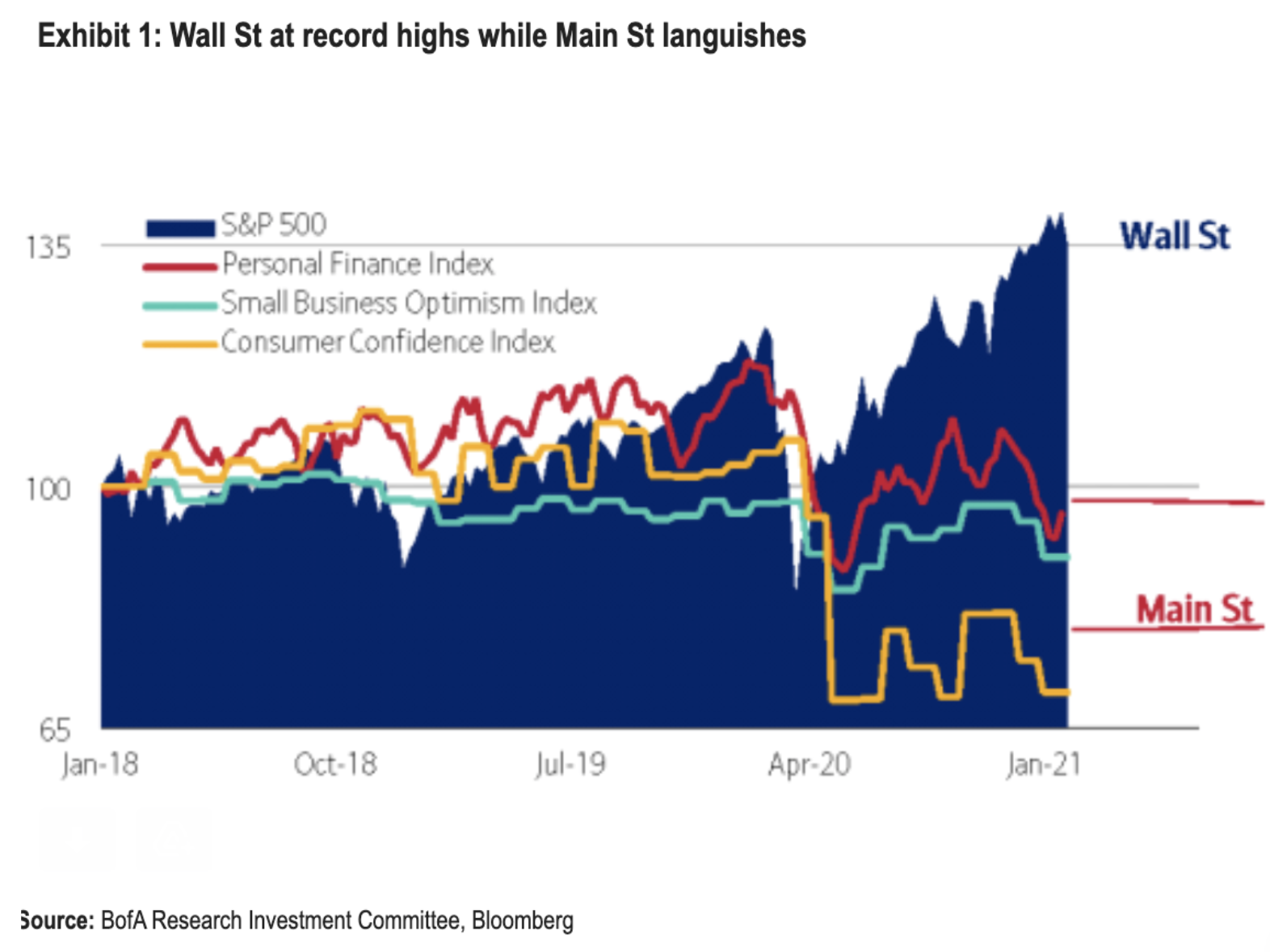 In December, consumer confidence unexpectedly fell to its lowest level since August, although it saw some improvement in January. On the other hand, the Present Situation Index â€” “based on consumers’ assessment of current business and labour market conditions” â€” fell further in January, according to a press release from the Conference Board.

The Small Business Optimism Index, which gauges the state of small business based off 10 key indicators, also dropped in January, falling below a historic average.

A rebounding economy, but not employment

Projections from the nonpartisan Congressional Budget Office (CBO) saw the country’s GDP returning to pre-pandemic levels in mid-2021, with the economy growing by 4.6% over the full year.

But the CBO didn’t see such a rosy picture for unemployment.Without additional relief, it said the unemployment rate won’t return to pre-pandemic rates for a decade.

Notably, the CBO projections don’t factor in any additional stimulus relief, including the $US1.9 trillion relief package currently being negotiated. David Kelly, the chief global strategist at JPMorgan Funds, said the potential positive impacts that the stimulus package could include bringing the unemployment rate below 5% by the end of the year.

It’s another entry in the story of America’s uneven pandemic recovery, where millions â€” particularly women of colour and younger workers â€” remain unemployed and many are falling into poverty as concern grows that markets are in a a bubble. In fact, a “baby bubble” may be forming, DataTrek cofounder Nicholas Colas said in a note on Wednesday.

Wall Street and Main Street are still “historically disconnected,” as Insider reported in late 2020 â€” and that could just send stocks higher.