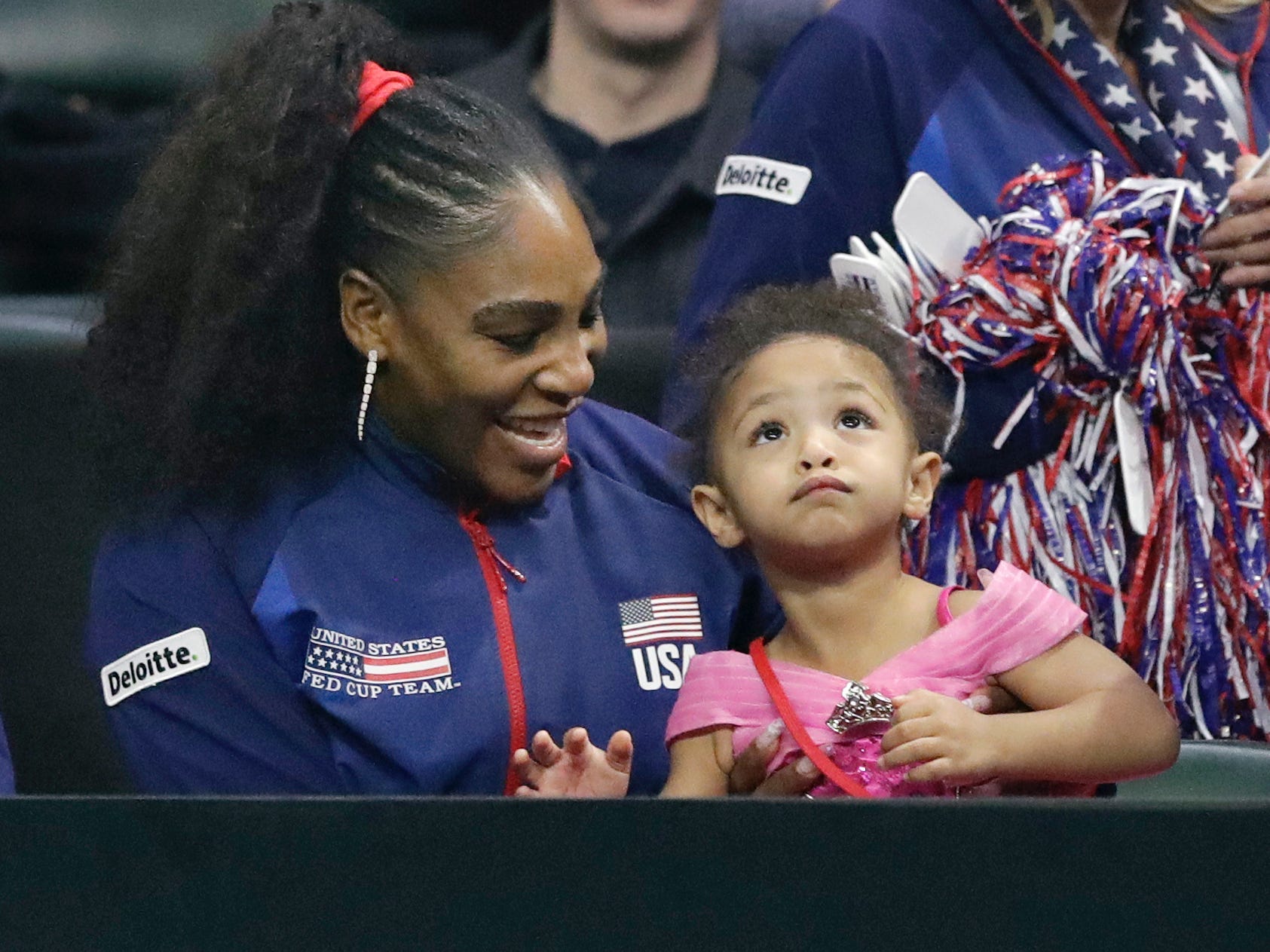 AP Photo/Elaine Thompson3-year-old Olympia Ohanian has some big shoes to fill as the daughter of Serena Williams, one of the greatest professional tennis players in history.

Olympia Ohanian is about to take the court for the very first time, and if her genetics have any say in the matter, she may very well be tennis’ next big star.

After all, the three year old is the daughter of one of the greatest tennis players in the history of the game.

In a video posted to her Instagram story on Thursday, 23-time Grand Slam champion Serena Williams announced that she signed Olympia up for tennis lessons. She warned fans “don’t even start with me” before informing viewers that she wouldn’t be teaching the toddler herself. 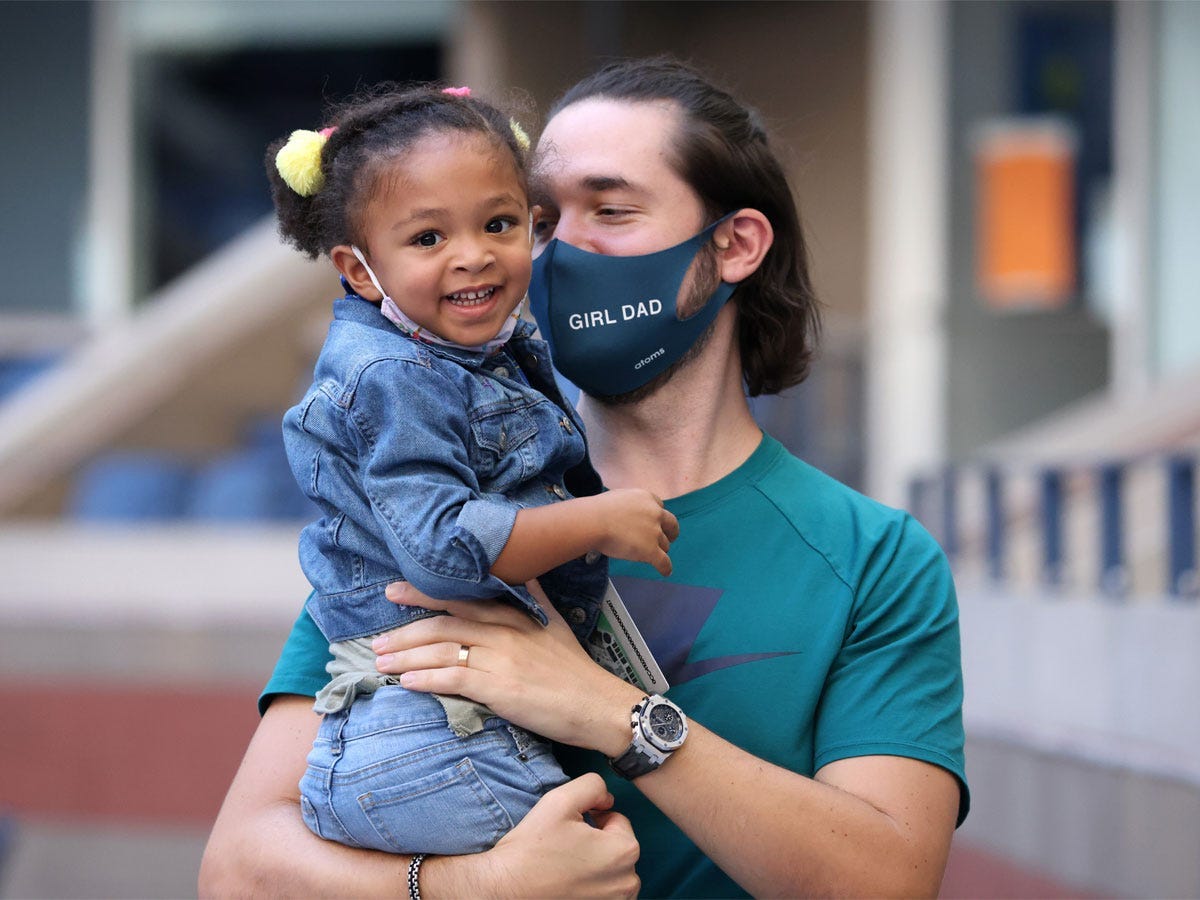 Instead, Williams and her husband, tech entrepreneur Alexis Ohanian, hired an instructor to teach their daughter the game. But there’s a catch; the coach has “no idea” that Olympia is the child of tennis royalty.

“We’ll see how that goes,” Williams said with a smile.

Williams insisted that she’s “not a pushy mum” but that she has distinct preferences in playing style and wants to “make sure [the instructor is] good at teaching Olympia techniques.” As a 73-time singles tournament champion, an eight-time WTA No. 1 player, and a four-time Olympic gold medalist, the 39 year old is more than justified in asserting her preferences on the matter. 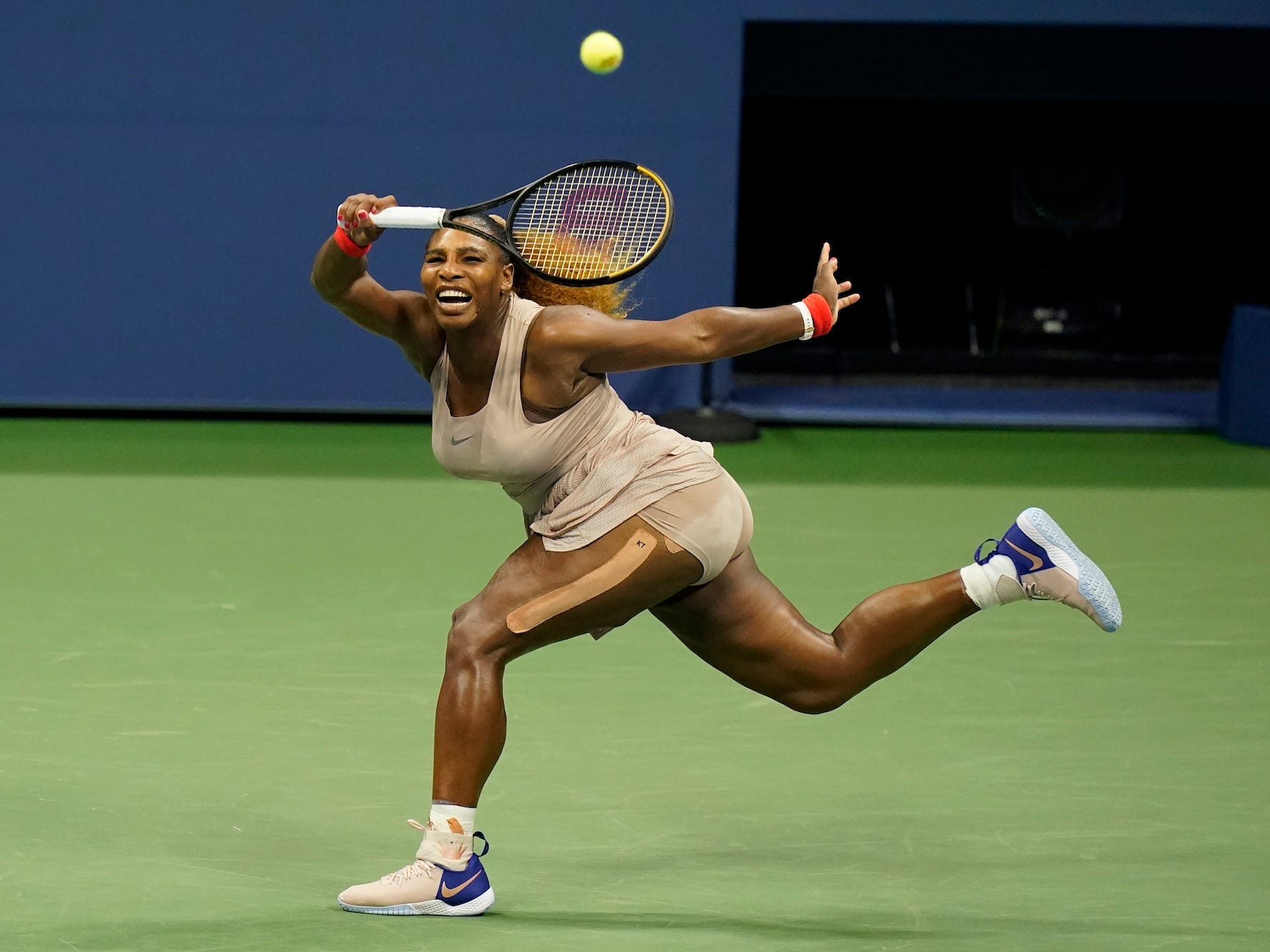 Frank Franklin II/APSerena Williams plays a match at the 2020 US Open.

Later in the clip, she lifted a tiny Wilson-brand racquet into view and noted that “Olympia got a cute racquet like mine.” Wilson has been Williams’ sponsor since the early goings of her professional career, so its only fitting that Ohanian begin her foray into tennis with the racquet that’s served her mum well for more than two decades.

The duo even enjoyed a mother-daughter film session prior to the little tyke’s first lesson on Friday. Together, Williams and Ohanian watched a clip of the former playing a match at the US Open â€” where she’s won a record-tying six titles â€” as the tennis legend provided commentary about open stances and speed that her three-year-old daughter almost certainly did not understand. Shortly thereafter, Ohanian insisted on watching cartoons intead.

Naturally, Williams outfitted her daughter in Nike gear before dropping her off for her first session on the court. She left so as not to be distracting and insisted that she’s “not like an overprotective mum, no matter what Alexis says.”

Check out the full series of videos from Williams’ story below: