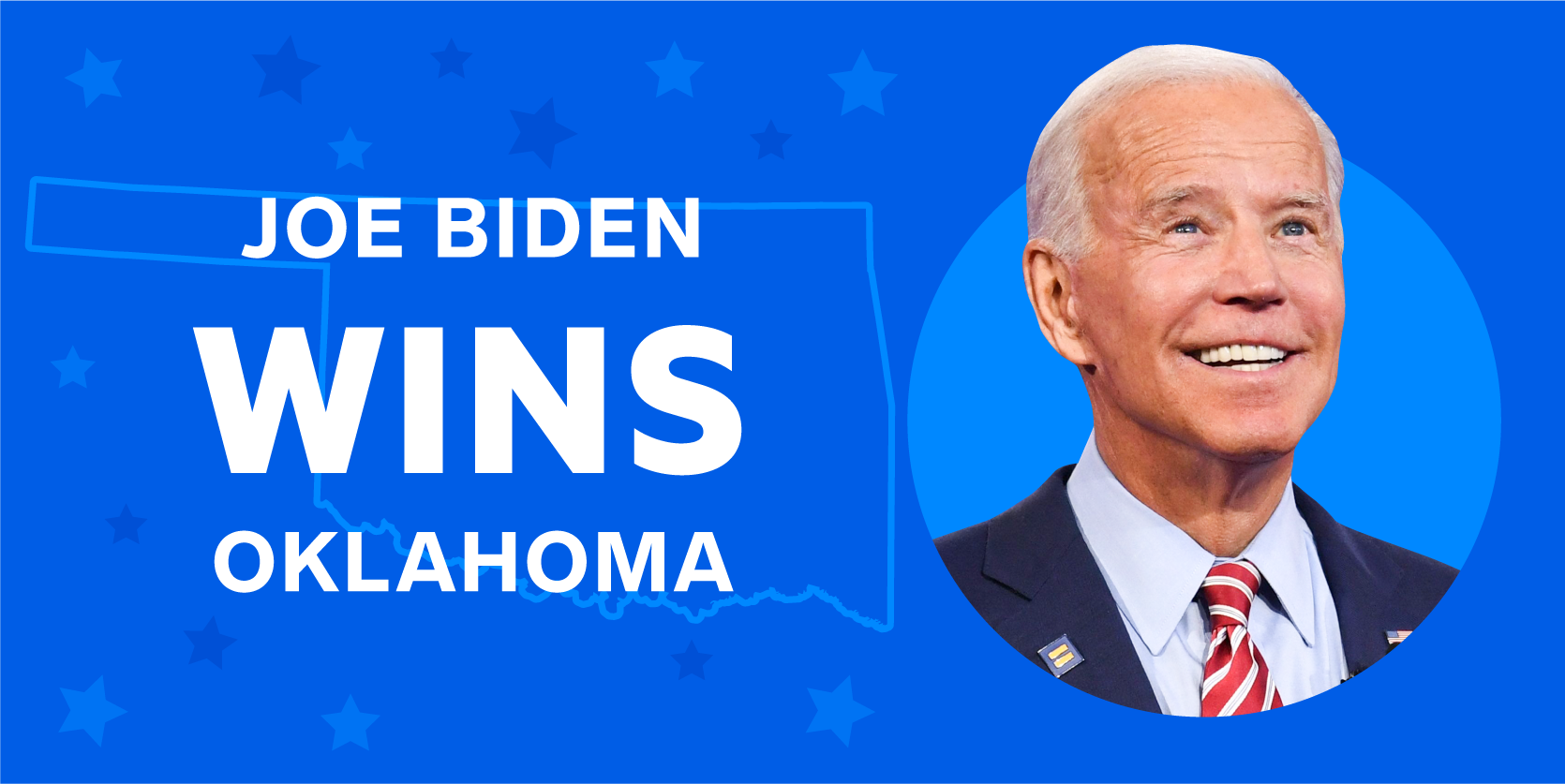 Former Vice President Joe Biden is projected to win the Oklahoma primary, according to Decision Desk HQ and Insider.

Check out the live vote counts and results happening in real time.

With nearly 100% of the vote in, Former Vice President Joe Biden has amassed more than 38% of the vote count, with Sen. Sanders also set to pick up delegates with 24% of the vote. Biden is projected to win every single district in the state.

It’s one of many southern states that proved to break hard for Biden on Super Tuesday, with Biden also earning wins in Alabama, Arkansas, North Carolina, Tennessee, and Virginia.

Sen. Elizabeth Warren currently sits in fourth place behind Biden, Sanders, and former New York City Mayor Mike Bloomberg – a tough blow to the Massachusetts senator who was born in the Sooner State. As the race stands, neither Bloomberg nor Warren will pick up statewide delegates, but both could stand to add to their total at the congressional district level.

Regardless, Oklahoma represents another solid victory for Biden in what has been a strong showing through Super Tuesday.

Oklahoma is one of the smaller Super Tuesday states with 37 delegates – accounting for 0.9% of the total delegates allocated in the primary process – up for grabs.

Of the 37 pledged delegates:

The rest will be allocated based on the statewide vote.

As usual, there’s a 15% threshold, above which presidential candidates get delegates.

After heading into the night with just eight delegates and not a single first-place finish in the popular vote, Sen. Elizabeth Warren will look to regain some ground in Oklahoma, where she was born and raised. Former Vice President Biden, meanwhile, looks to add to his recent success in South Carolina with a win in the state.

Hillary Clinton won the Democratic Oklahoma primary in 2008, but eight years later, Sen. Bernie Sanders won the state with a 51.9% share of the popular vote.