What Do You Think Of Google's DoubleClick Upgrades? What do DoubleClick’s publishing and advertising clients think of the huge changes Google’s announced for the product yesterday?(Among other moves, Google did away with DoubleClick’s DART for Publishers and Google Ad Manager.)

After all the complaints we heard about a month ago, we’d like to know.

In January, we were inundated with complaints from DoubleClick customers saying that Google hadn’t done nearly enough with the company since fully integrating it about a year and a half ago.

One client told us “the atmosphere at DoubleClick is bleak and service to the clients is woeful.”

Many very large advertisers and publishers for DFA and DFP have been told by DoubleClick that they will not service their accounts any more and that to stay using these services they will have to look to a third party (Acceleration, a south African company, mainly) to continue using them.

I have also seen the roadmaps for DFA, DFP and Dart search; all of them are bleak, barely worth mentioning. The net result is that almost all DoubleClick’s customers that I know of are in the process of moving their business elsewhere (it takes time).

An executive at one of the top holding companies told us that since it acquired DoubleClick, Google has invested some in the product, but not enough. He complained: “There was a significant advance made by Google last year, the first one in 8 years. It was a re-skin. The back-button works now. “

But then, yesterday, Google published a blog post announcing huge changes to DoubleClick.

So, what do the publishing and agencies types think of the changes? Let us know in the comments or email us at [email protected]

For the past few years, we’ve been investing in a suite of solutions — AdSense, ad-serving technology and the DoubleClick Ad Exchange — to help online publishers make the most money possible from their content, whether they sell advertising directly through their own sales force, through an ad network such as AdSense, or a combination of both.

For major online publishers — including social networks and online communities, entertainment sites, e-commerce sites and news sites — managing, delivering and measuring the performance of ads on their websites can be a hugely complicated process. A publisher’s ability to manage this process can have a significant impact on how much money they make from their online content.

Imagine you’re a major online publisher with a popular global surfing website and an ad sales team. Every second of every day, you have difficult decisions about what ads to show and how to measure their relative performance. For example:

This is really just scratching the surface. Managing ad space can involve faxes, emailed orders, the manual scheduling of different ad campaigns across multiple sites and difficult decisions about how to allocate ad space most effectively.

But we see an opportunity to improve ad serving even further by combining Google’s technology and infrastructure with DoubleClick’s display advertising and ad serving experience. Since we acquired DoubleClick in March 2008, our engineering and product teams have been working with online publishers to tackle the obstacles that prevent them from maximizing revenues from their websites.

The upgraded DFP includes a wide variety of features that will help publishers to get the most value out of their online content:

To reflect our continued investment in DoubleClick’s products, as well as the central role of DoubleClick’s technology products within Google’s display advertising business, we’re also today unveiling some changes to the DoubleClick logos — including typeset changes, incorporating a new “by Google” theme and retiring the “DART” brand. 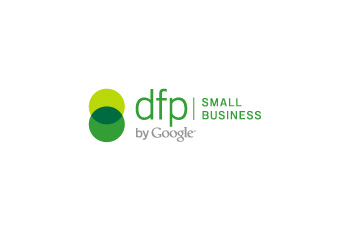 The upgraded DoubleClick for Publishers is a perfect example of our continuing innovation in this area, and we believe that it will add significant value to online publishers’ content. You can read more about the features of the upgraded DFP on the DoubleClick blog and on the DFP website.