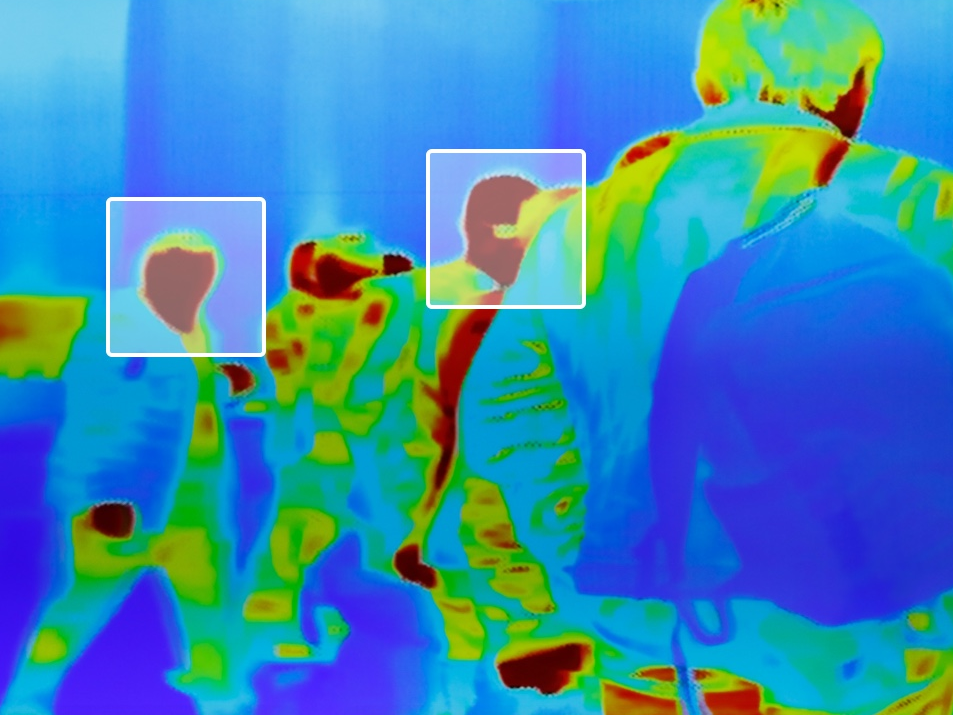 KognizA screenshot from the interface of a ‘HealthCam’ sold by Kogniz, a facial recognition startup.

As stay-at-home orders begin to lift across the US, companies are taking wary steps to return to normal in the wake of COVID-19 – and some are turning to high-tech surveillance tools to monitor the health of their workers and reduce the chance of spreading the virus.

Offices across the US are buying thermal cameras that can rapidly scan a mass of workers and flag whether specific employees appear to be running a fever in real-time. They’re now in high demand – Amazon reportedly spent $US10 million on thermal cameras from a blacklisted Chinese company to use in its warehouses and stores this month.

One facial recognition startup, Kogniz, has started adding heat detection parts to its surveillance camera systems. The company’s “HealthCam” devices that combine heat detection and AI tools are now flying off the shelf, according to cofounder Daniel Putterman.

“We’re selling a lot of them,” Putterman told Business Insider. “It’s been like this rolling thunder of people realising that this is one of the few tools that they’re going to have to go back to work.”

Kogniz has sold more than 100 units of its HealthCam, which starts at $US7,000, to retail chains, manufacturers, and “high tech campuses,” according to Putterman. The 25-person company now plans to hire more than 20 new salespeople in the coming weeks and has secured enough microbolometers – heat-detection parts – to produce “many thousands of units” going forward.

The startup is now fielding offers from larger retailers as well as potential public sector clients “all the way up to the federal level,” Putterman said. 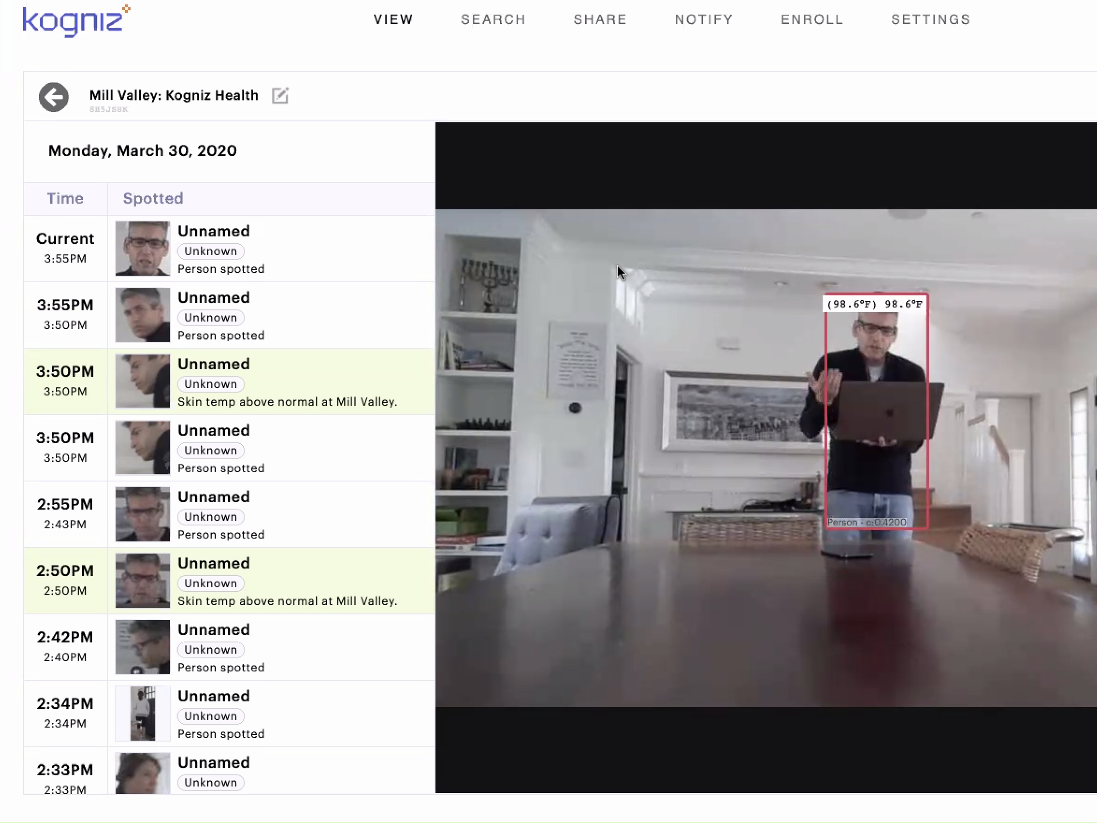 KognizA Kogniz demo shows how the company’s technology logs people who appear on camera over time.

Putterman says Kogniz’s systems are fitted with AI that can also detect how far apart people are, which could help employers enforce social distancing, and can use facial recognition to track individuals’ movements over time to enable employers to trace a worker’s contacts if it turns out they’re sick.

Thermal cameras aren’t a perfect tool for screening people for a fever – they only detect the temperature of a person’s skin, not their internal temperature, and typically have a margin of error of a few degrees Fahrenheit. Kogniz is building AI to reduce that margin of error by factoring in everyone’s temperature across a single room to create a baseline, and by taking readings from different parts of people’s face to make them more reliable.

Some privacy advocates are fiercely critical of such technology, especially its potential to be deployed in public spaces. Electronic Frontier Foundation researchers Cooper Quintin and Matthew Guariglia wrote that “a new network of surveillance cameras with dubious thermal measuring capabilities is not a tool we should deploy.”

But Putterman is unfazed by such criticism, arguing that public health concerns outweigh the need for privacy.

“We’re at a point now where if you want to remain completely anonymous, you can stay at home,” Putterman told Business Insider. “I just don’t believe that your temperature is private information.”