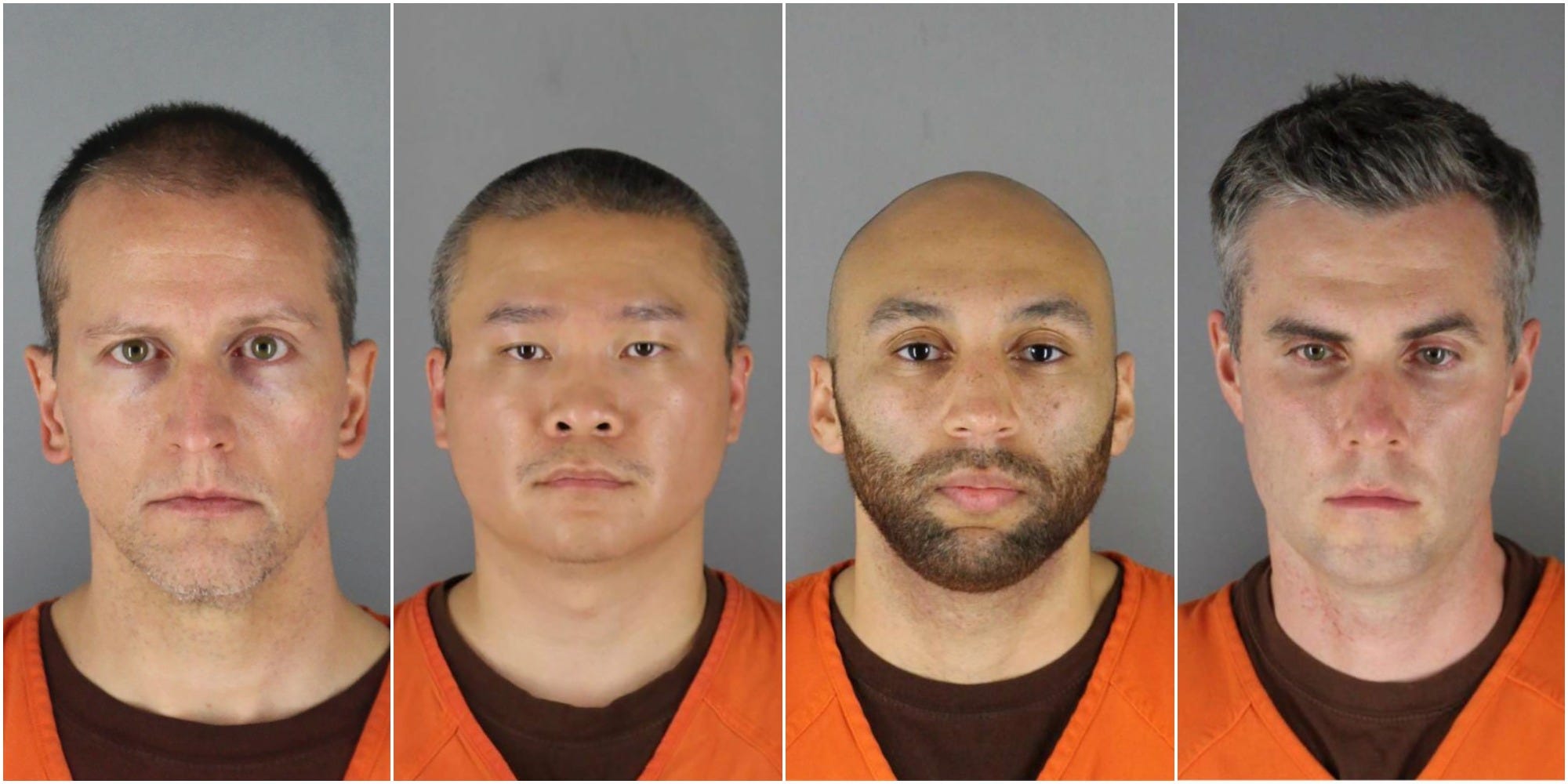 The four former police officers who were charged in the killing of George Floyd in Minneapolis all appear to be turning on one another, each claiming he thought someone else was in charge during the incident that ignited new calls for police accountability and racial justice, The Washington Post reported.

According to The Post, the dispute centres on the rookie officers arguing that they looked to Chauvin, a veteran officer, for guidance and Chauvin contending that he was only assisting in the arrest.

“There are very likely going to be antagonistic defences presented at the trial,” Earl Grey, a lawyer for Lane, wrote in a legal motion filed this week cited by The Post. “It is plausible that all officers have a different version of what happened and officers place blame on one another.”

Prosecutors have argued for a joint trial, but lawyers for all four men are arguing for separate trials over concerns their clients could be “scapegoated” by the others, The Star Tribune reported.

On Friday, a judge will hear arguments on whether the cases should be separate, but for now a joint trial is scheduled for March 8 in Hennepin County District Court.

Chauvin’s lawyer Eric Nelson argued that the other three defendants might conspire to imply Chauvin is guilty of the third-degree murder charges but not the other charges. That would help them avoid conviction since they’re not charged as accomplices in that count.

“As is evident from pretrial pleadings, the other three defendants are prepared to place the blame for Mr. Floyd’s death squarely on Mr. Chauvin’s shoulders,” Nelson wrote. “Such a possibility is less likely if Mr. Chauvin were tried separately from the other defendants.”

Former MPD Officer Thomas Lane's attorney filed a motion opposing a joinder, meaning he wants a separate trial (the state wants all four officers tried together in one trial.)

Lane also filed a motion for a change of venue, suggesting the trial be held in Washington or Dakota Co pic.twitter.com/IeHyPw4eZf

Nelson argued that Chauvin did not know the full extent of the situation when he arrived at the scene and suggested that Floyd died of a drug overdose and not from Chauvin kneeling on his neck for several minutes.

He blamed Kueng and Lane, who were trying to get Floyd into a squad car when Chauvin arrived, for Floyd’s death.

Thomas Plunkett, an attorney for Kueng, said he intended to “shift blame onto Chauvin during trial,” The Tribune reported.

Chauvin is a 19-year veteran of the force and had 18 complaints against him before his encounter with Floyd.

Grey and Plunkett argued that their clients were “rookies” on the force who looked to Chauvin for guidance. While both had contact with Chauvin while they were in training, they were not in training at the time of the incident, and Chauvin had no direct supervisory role over them at the time.

The lawyer for Thao previously argued that since Thao was busy “controlling angry bystanders” and couldn’t see exactly what was happening when Floyd was pinned down, it put him in a separate situation from the other three officers.

According to The Post, authorities in Minneapolis are locking down the area surrounding the courthouse ahead of the hearing on Friday because of planned protests.

Protests erupted in Minneapolis and across the country after Floyd’s death on May 25. Some of the protests turned violent with damage to both public and private property, and police officers themselves faced scrutiny in many cases for some of the brutal tactics used against demonstrators.