The COVID-19 jobs crunch is already 10 times worse than the 2008 crisis, and a 2nd wave could leave 80 million people unemployed by the end of 2020, OECD warns 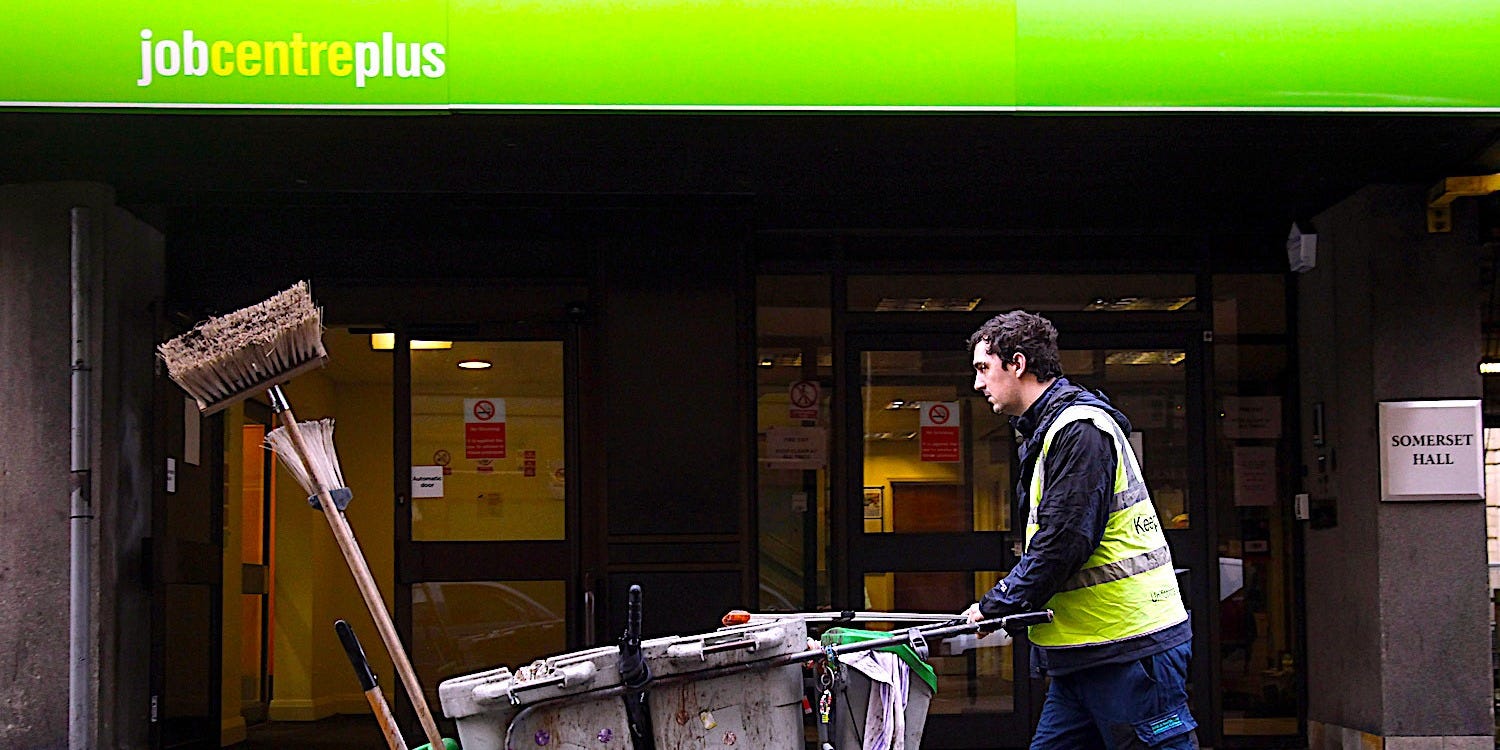 A second wave of coronavirus infections around the world could leave 80 million people in the world’s developed nations in unemployment, according to the latest report from the Organisation for Economic Cooperation.

More brutally, the unemployment rate for the US stood at 11.1%.

The inter-governmental organisation highlighted that the current impact on jobs has been 10 times higher than the effect seen during the global financial crisis between 2007-08.

“Up to 10 times fewer hours were worked in some countries, compared with the first few first months of the 2008 financial crisis,” the report noted. 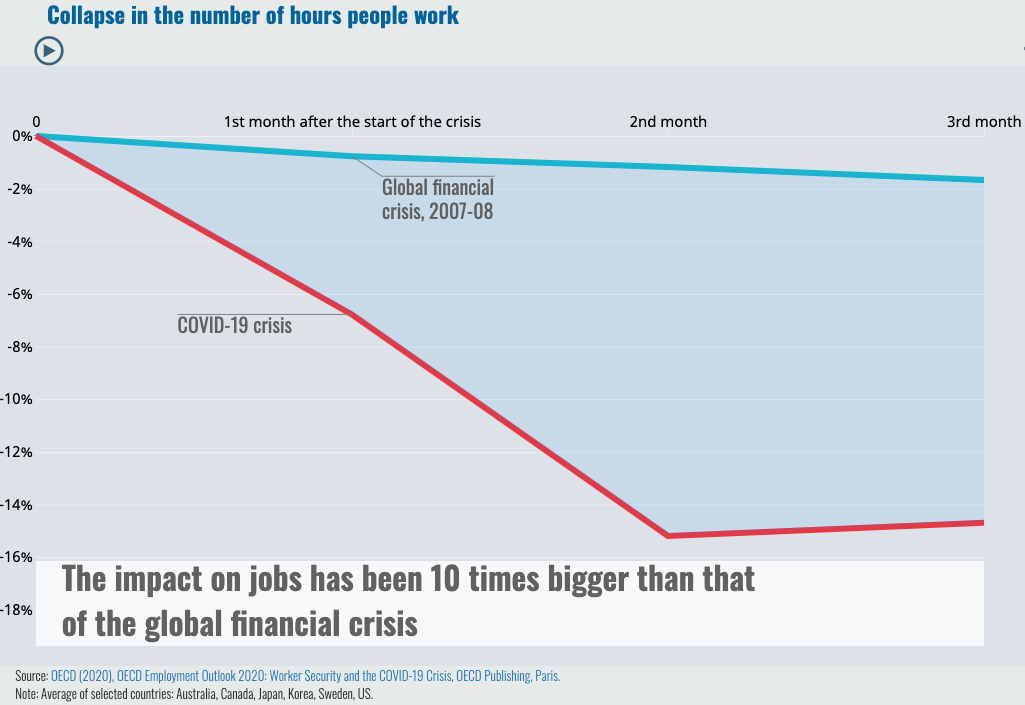 The total workforce of the 37 members of the group is some 666 million people, meaning that a 12% unemployment rate would leave just shy of 80 million people out of work. 80 million is roughly the population of countries like Germany, Turkey, and Iran.

“A jobs recovery is not expected until after 2021,” the report added.

The organisation said its latest numbers were “stark,” its projections “bleak,” and it underlined the possibility of a “double-hit” scenario in its economic forecasts.

That double hit would see unemployment rates decline a little, before spiking again during a second wave of infections and renewed lockdown measures.

You can see the forecast in the chart below: 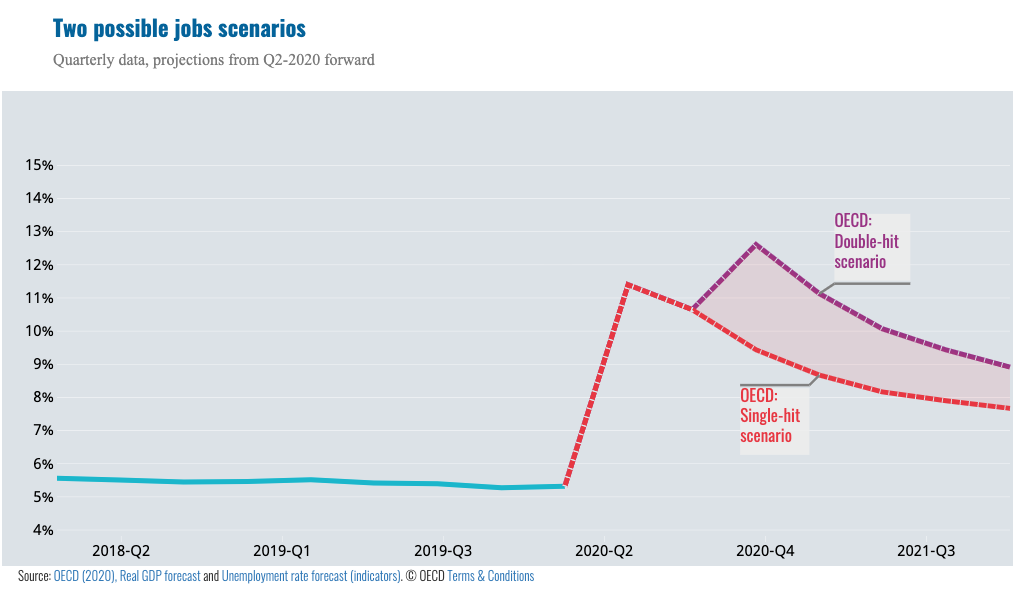 2020 graduates face dim job and internship prospects in the short run while their older peers face the second heavy crisis in their “still young” careers, the report said, and highlighted that women are more greatly impacted by rising unemployment than men.

However, the report also highlighted that strict confinement measures helped many countries contain their number of fatalities.

Enhancing personal hygiene measures, ensuring use of masks, and continuous enforcement of physical distancing policies such as banning large gatherings and encouraging working from home to continue could minimise risks of a second wave, it said.

“Countries can prevent a second pandemic wave, and a consequent lockdown, if they implement comprehensive packages of public health interventions to contain the spread of the infection until a vaccine or effective treatment become available,” OECD said.


JPMORGAN: The coronavirus crisis has decimated one of the safest defences against stock-market crashes. Here are 4 ways to pivot your portfolio now.