Barack and Michelle Obama are the 'world's most admired man and woman,' new global poll shows 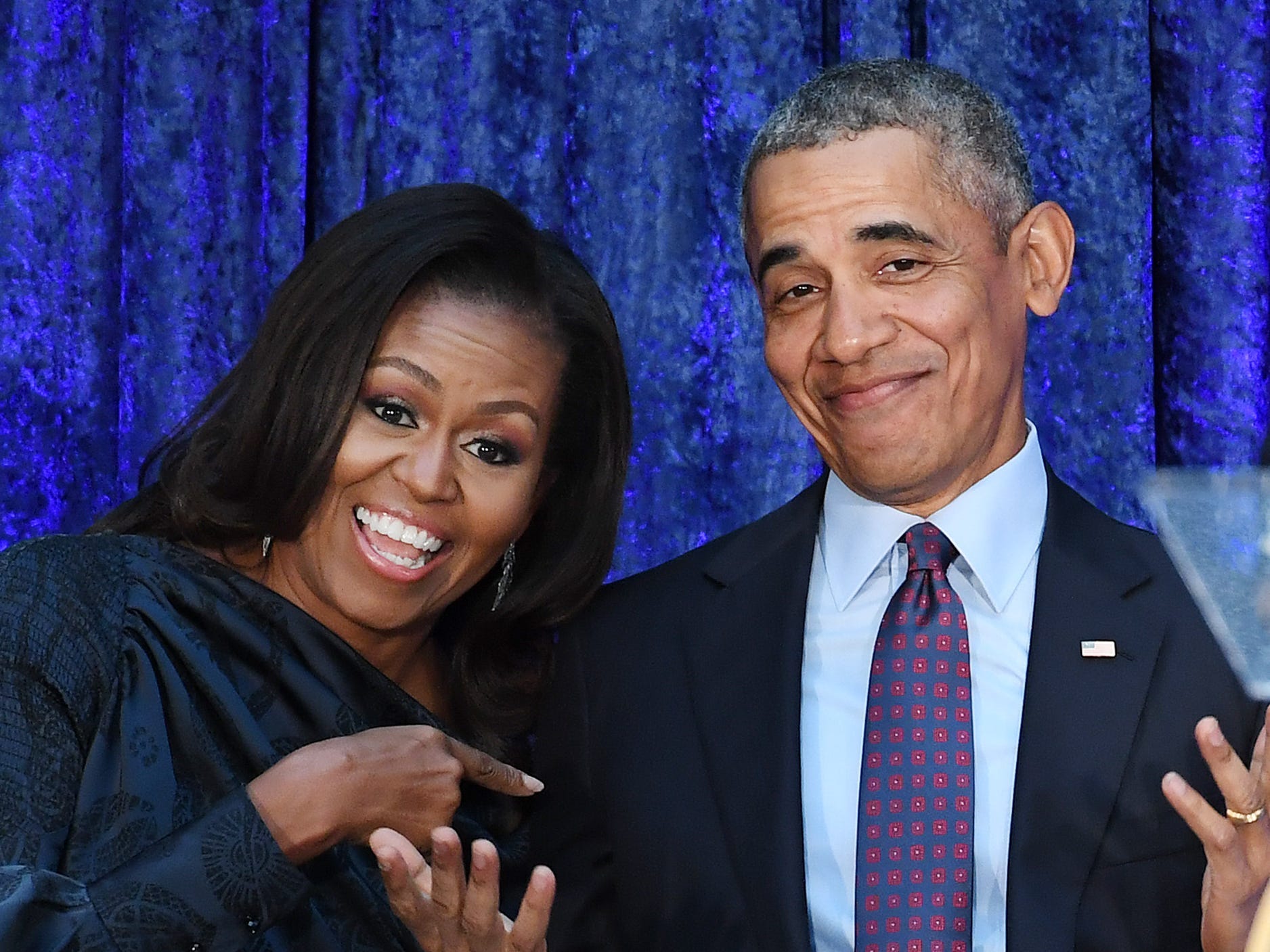 Former president and first lady Barack and Michelle Obama side by side topped the “world’s most admired” list for men and women, according to a 2020 YouGov poll.

The poll surveyed over 45,000 people in 42 countries and territories, the London-based public opinion data analytics firm said on its website. Since first starting the poll in 2014, this is the first time former President Obama topped the list over Bill Gates and other political and economic leaders, according to YouGov.

Obama is closely followed by Gates, who is trailed by Xi Jinping (3rd), Elon Musk (9th), Russian President Vladimir Putin (12th), and President Donald Trump who is ranked at 15. A number of sports stars and celebrities were also named on the list including Cristiano Ronaldo, Lionel Messi, Michael Jordan, Jackie Chan, and Keanu Reeves.

According to YouGov, Obama tops the “most admired list” in 22 out of the 42 regions polled, outranking Trump in all countries except Russia, where Trump places 11th, and Obama at 15th, YouGov said.

In an annual poll by Gallup last year, Trump and Obama tied as the “most-admired American man,” a title Obama has held for 12 consecutive years.

Former first lady Obama was also joined by many sociopolitical leaders on the list for “world’s most admired” women, which included Queen Elizabeth II in 3rd place, German Chancellor Angela Merkel at 12, former United States Secretary of State Hillary Clinton at 13, Greta Thunberg at 18, and first lady Melania Trump at 19.

“By contrast” to the list for men which “contains more people from political, business and sporting backgrounds,” celebrities dominate the list for women, YouGov said. Second to Michelle Obama on the list is Angelina Jolie, followed by Oprah Winfrey who was ranked at 4th place, Jennifer Lopez at 5, Taylor Swift at 9, and BeyoncÃ© at 11.