Barack Obama said social media should be regulated and treated as publishers, as Facebook, Twitter, and other platforms face potential Section 230 revisions 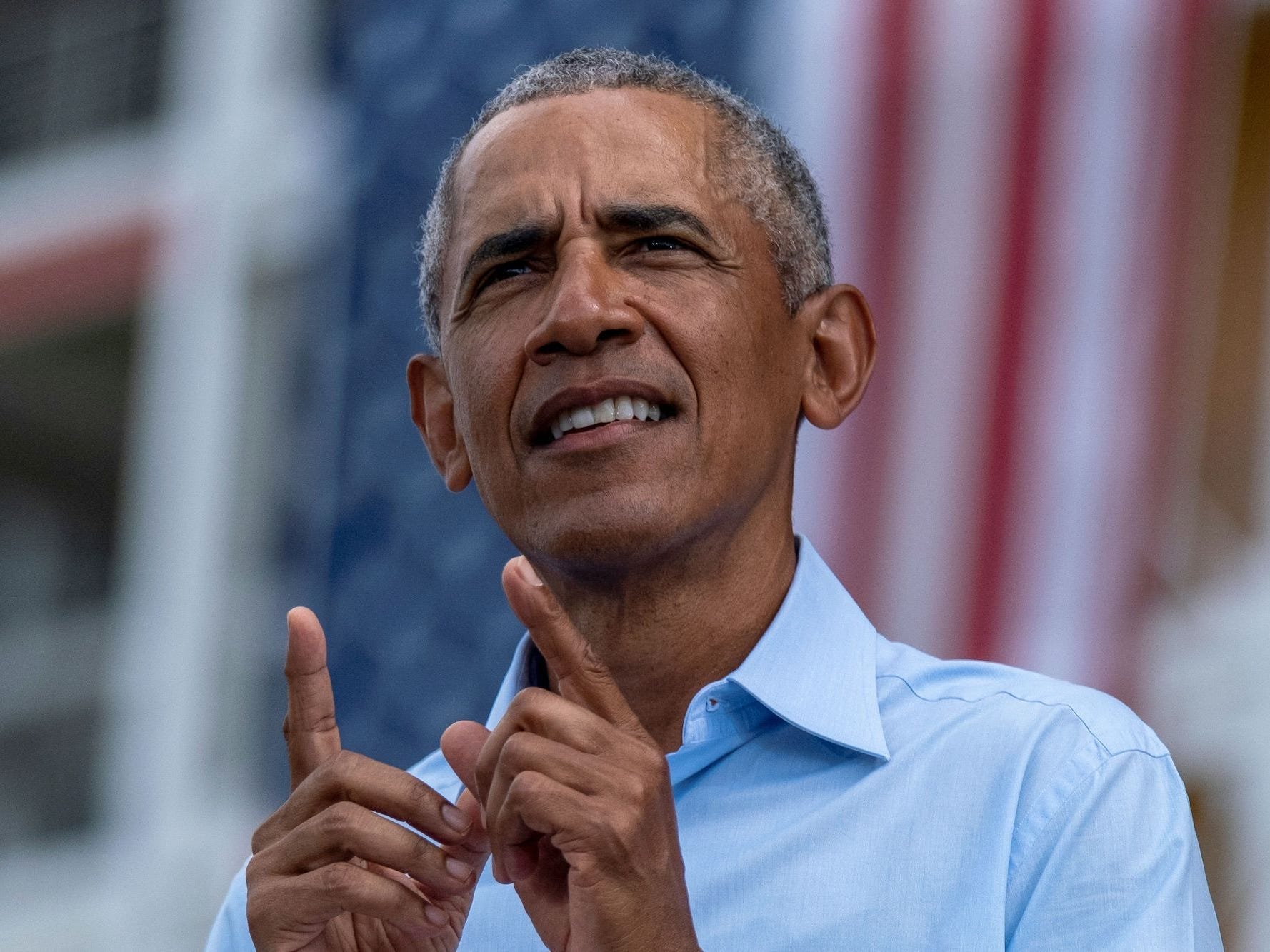 RICARDO ARDUENGO/AFP via Getty ImagesFormer US President Barack Obama speaks at a Biden-Harris drive-in rally in Orlando, Florida on October 27, 2020.

Former President Barack Obama said social media companies should be regulated in some capacity as tech firms continue to argue that they shouldn’t be treated as publishers.

In an interview with The Atlantic, the former president said tech companies are still “making editorial choices” despite insisting they do not operate as newspapers and other news outlets do, whether those editorial decisions are made with algorithms or otherwise.

“The First Amendment doesn’t require private companies to provide a platform for any view that is out there,” Obama told The Atlantic. “At the end of the day, we’re going to have to find a combination of government regulations and corporate practices that address this, because it’s going to get worse.”

He also alluded to the danger of deepfake videos, which use artificial intelligence to change someone’s face in a video to another’s, effectively showing something that didn’t happen. The former President himself has appeared in one such video in 2018 when he appeared to call President Donald Trump a “dips—.”

Facebook and its tech peers are protected by an internet law called Section 230, which prevents them from being liable for content that people post on their platforms. Introducing revisions to the law has largely been a bipartisan issue, with Republican and Democratic lawmakers alike agreeing that tech firms should no longer be shielded by Section 230. However, they differ slightly in their motivations: Democrats wish for changes to limit the spread of misinformation and hate speech, and Republicans are pushing for changes to curb alleged discrimination against conservative content, a theory backed by scant evidence that the right has been peddling.

President Trump has fuelled the crusade to revise Section 230 since Twitter started fact-checking his posts in May. Multiple branches of the US government are now zeroing in on changing the internet law, as Business Insider’s Aaron Holmes explains.


Read more:
The future of Facebook, Twitter and Google is under attack in Washington DC. Internet companies are mapping out a new strategy mixing confrontation and conciliation.

President-elect Joe Biden has said that he wants to revoke Section 230. When Biden was vice president under Obama, the administration was largely hands-off when it came to the tech industry.

Facebook CEO Mark Zuckerberg has long said that he doesn’t wish for the company to be the “arbiters of truth.” He and the leaders of other tech firms maintain that Section 230 protects free speech on the open internet.

The CEOs of Facebook, Twitter, and Google appeared in a virtual Senate hearing in late October to discuss Section 230 protections. Twitter CEO Jack Dorsey warned lawmakers that stripping back Section 230 could “collapse how we communicate on the Internet” and Zuckerberg said that “without Section 230, platforms could potentially be held liable for everything people say” and could “face liability for doing even basic moderation, such as removing hate speech and harassment that impacts the safety and security of their communities.”