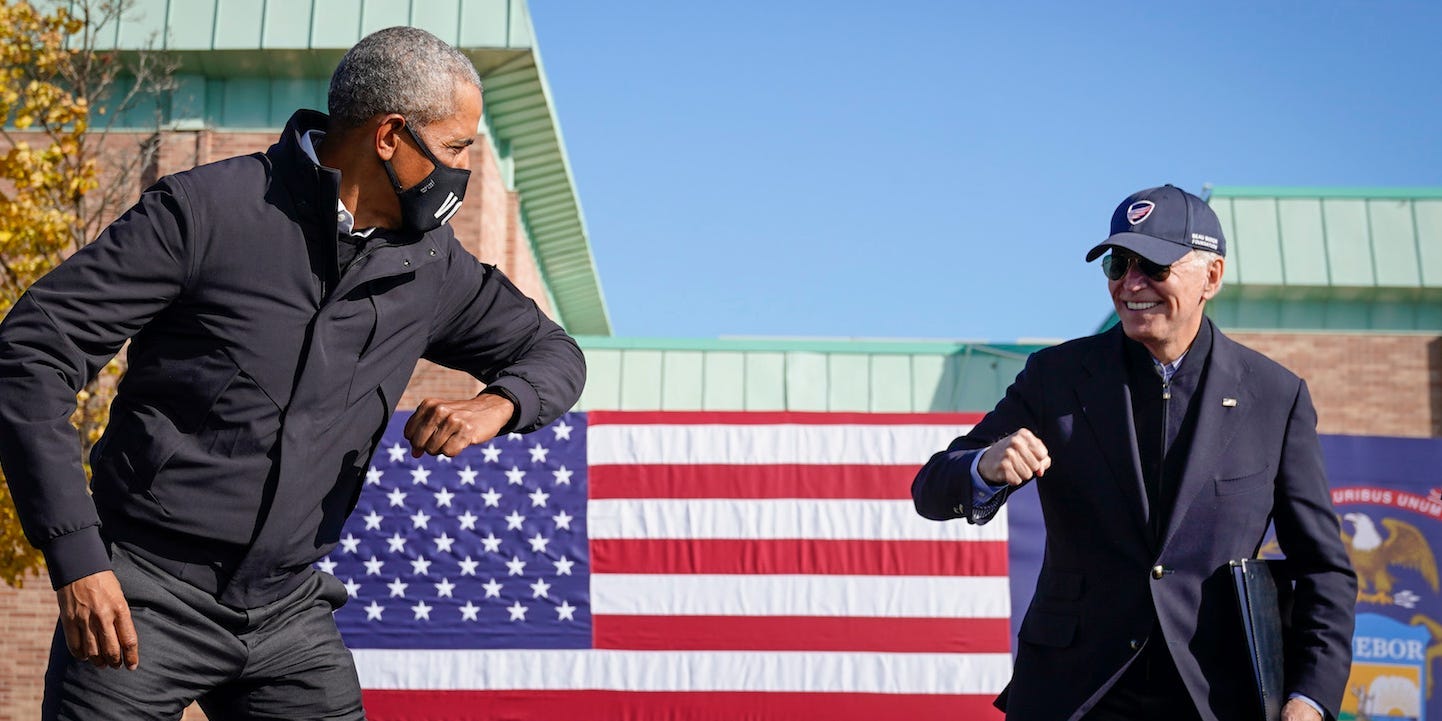 Drew Angerer/Getty ImagesFormer President Barack Obama and Democratic presidential nominee Joe Biden greet each other with a socially distant ‘air’ elbow bump at the end of a drive-in campaign rally at Northwestern High School on October 31, 2020 in Flint, Michigan

Former President Barack Obama said in an interview that aired Sunday with CBS News that he wasn’t likely to show up in President-elect Joe Biden’s cabinet but offered to help the incoming president in “any ways” he could.

When CBS This Morning anchor Gayle King asked if the former president had an interest in joining his former vice president’s administration in an official capacity, Obama laughed.

“There are probably some things I would not be doing, ’cause Michelle would leave me,” Obama said. “She’d be like, ‘What? You’re doin’ what?'”

While Obama did extend an offer to help the president-elect in “any ways” he was able, he said that Biden did not need his advice. As Business Insider previously reported, there are a number of notable people who could show up in the cabinet of the 46th president.

“I’m not planning to suddenly work on the White House staff or something,” Obama told King.

Obama also said Sunday there were no “factual scenarios” that would prohibit the president-elect and vice president-elect from assuming office in January, though he said President Trump’s repeated refusal to concede and unsubstantiated allegations of widespread voter fraud “disappointing.”

“It’s been sort of par for the course during these four years,” the former president said. “They obviously didn’t think there was any fraud going on, ’cause they didn’t say anything for the first two days.

“But there’s damage to this, because what happens is that the peaceful transfer of power, the notion that any of us who attain an elected office â€” whether it’s dogcatcher or president â€” are servants of the people. It’s a temporary job,” Obama added.

The interview comes ahead of the release of the first part of the former president’s memoir, titled “A Promised Land” and due out on November 17.