Oath Keeper militants planned out their attack at the Capitol, even holding trainings in the weeks before, and looked to Trump for direction 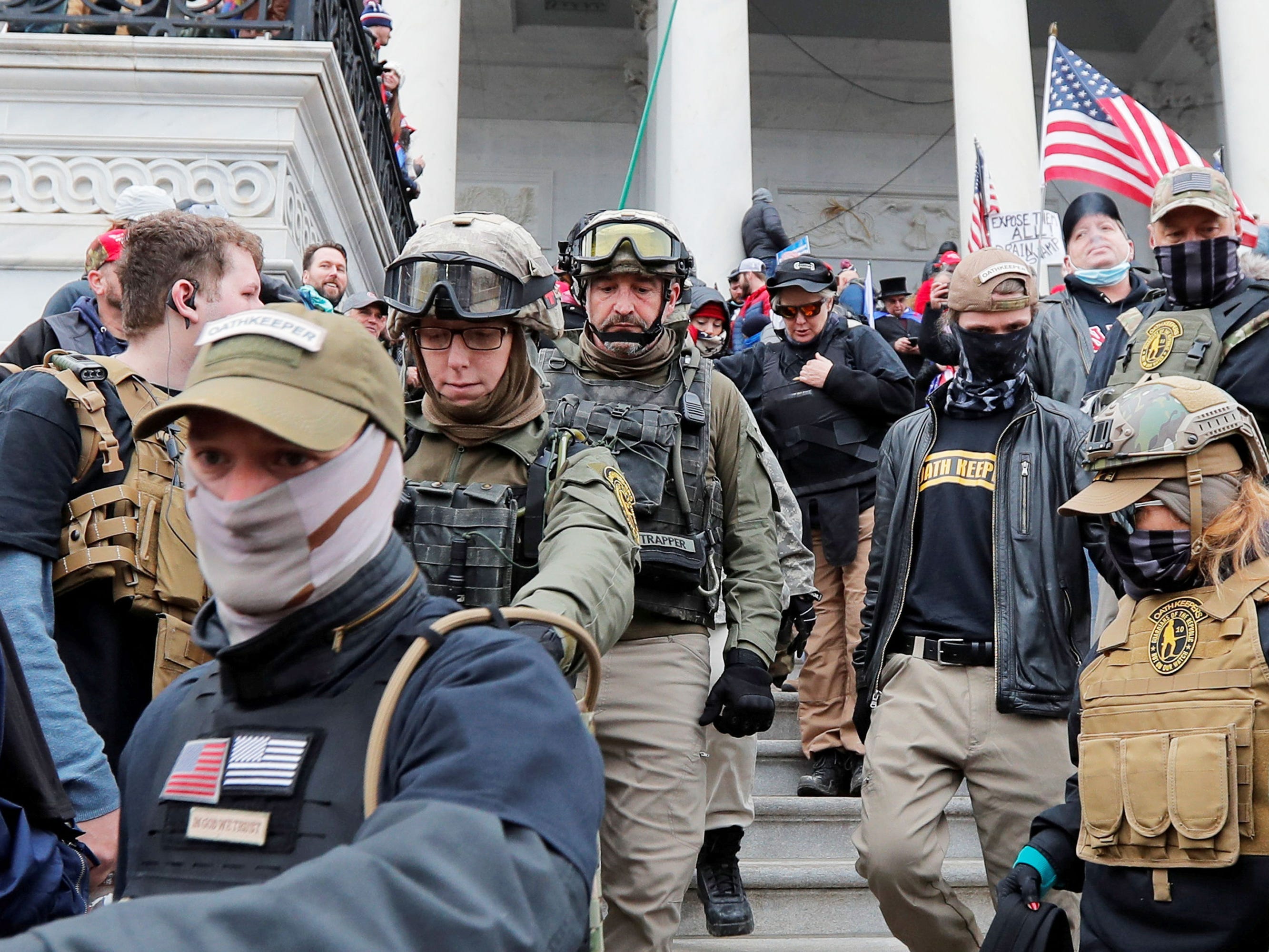 REUTERS/Jim Bourg/File PhotoJessica Marie Watkins (second from left) and Donovan Ray Crowl (centre), both from Ohio, march down the east front steps of the U.S. Capitol with the Oath Keepers militia group .

As Jessica Watkins broke past law enforcement officers on January 6, marching into the Capitol building, she could hardly contain her delight.

Everything was going according to plan.

“We are in the mezzanine. We are in the main dome right now. We are rocking it,” she told her fellow Oath Keepers, according to court filings. “They are throwing grenades, they are fricking shooting people with paintballs. But we are in here.”

Clad in camouflage, combat helmets, bulletproof vests, and gloves with reinforced knuckles, Watkins declared victory once they penetrated the rotunda.

It was a culmination of two months of planning from the Oath Keepers, an extremist militia that seeks to overthrow the US government, federal prosecutors say in court filings for cases against Watkins and other members of the group.

But Watkins â€” an Ohio bartender â€” said she only came to Washington, DC, because President Donald Trump told her to.

He hosted and spoke at the “Stop the Steal” rally a short walk away from the Capitol building, perpetuating the lie that he really won the 2020 presidential election and that Vice President Mike Pence and the members of Congress certifying the vote for Joe Biden were complicit in stealing it.

“I am concerned this is an elaborate trap. Unless the POTUS himself activates us, it’s not legit. The POTUS has the right to activate units too. If Trump asks me to come, I will,” Watkins said in November, according to text messages prosecutors obtained. “Otherwise, I can’t trust it.”

Court filings from prosecutors against three members of the Oath Keepers in the past month â€” Watkins, Thomas Caldwell, and Donovan Crowl â€” demonstrate the extent of how the right-wing militia planned their attack on the Capitol on January 6, and how they looked at Trump for cues of what to do that day. The issue is at the heart of the impeachment proceedings against Trump taking place in Congress.

The Oath Keepers coordinated with “30-40” people that day, Watkins wrote in messages prosecutors obtained, with 10 of them reportedly being official members of the group. And they were not the only organised right-wing group that participated in the attack on January 6.

As prosecutors and independent reporting has indicated, the Proud Boys and members of the Three Percenters, another militia, had also planned out their activities. Many of the other people who stormed the Capitol that day did not appear to come to Washington with clear plans â€” other than believing Trump’s lies that the 2020 election was stolen and that they needed to act.

“It is our duty as Americans to fight, kill and die for our rights,” Watkins texted a contact on November 17.

“We need to go underground if this coup works,” she texted a few days later.

Oath Keepers had plans for January 6, and held trainings to get ready

The Oath Keepers, prosecutors say, had extensive plans to storm Congress on January 6. The militia recruits extensively from former law enforcement officers and members of the military.

And their activities on the day of the insurrection were driven by their belief that the election was stolen and that it was up to them to uphold their oaths to the Constitution. In text messages rife with spelling errors, Watkins told acquaintances that the United States “would be over” if Biden took office.

“If Biden get the steal, none of us have a chance in my mind. We already have our neck in the noose. They just haven’t kicked in the chair yet,” Watkins told an acquaintance in November, according to texts prosecutors obtained. 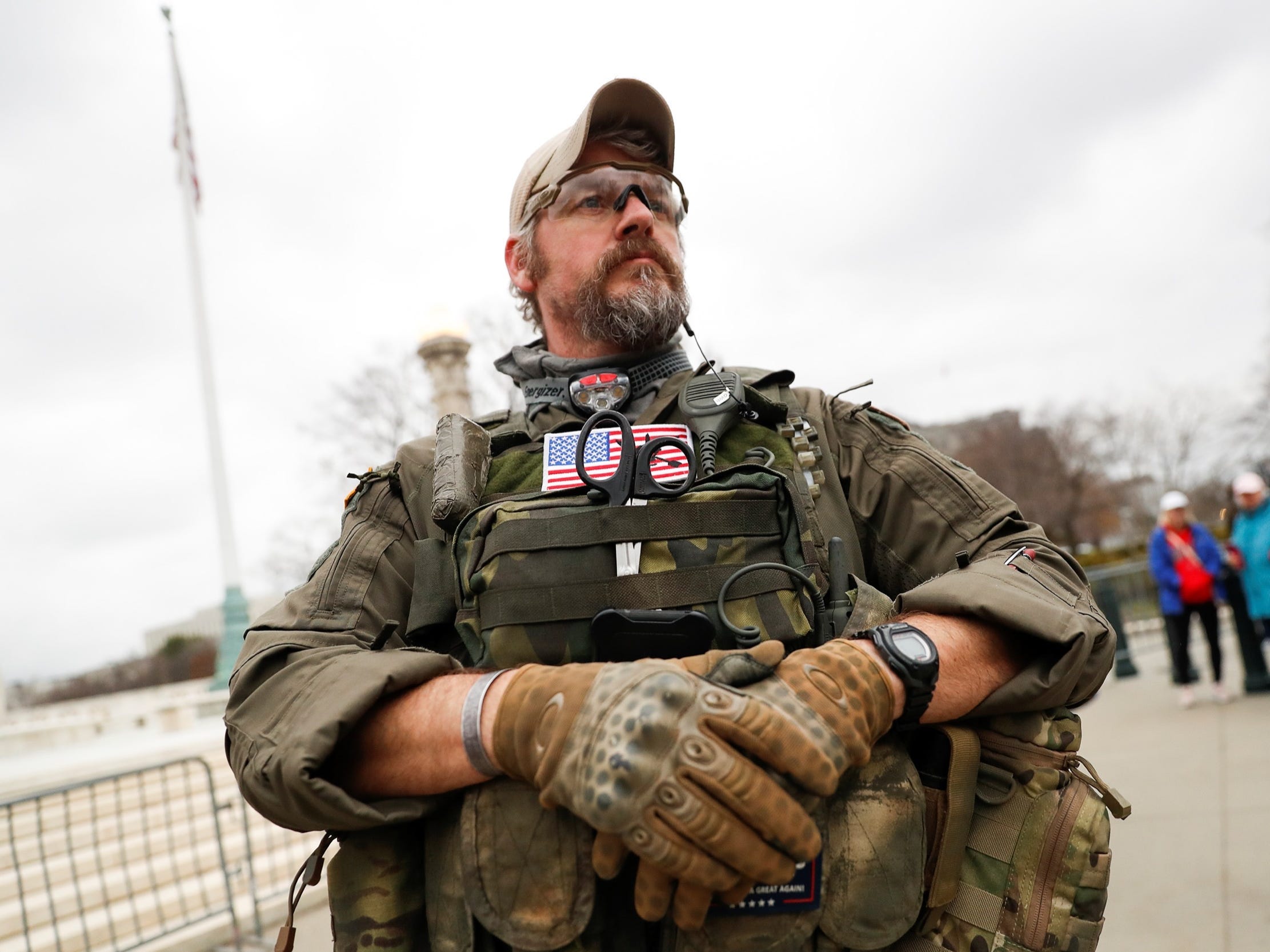 REUTERS/Shannon StapletonA man who said he was an Oath Keeper providing security looks on ahead of the U.S. Congress certification of the November 2020 election results during protests in Washington, U.S., January 5, 2021.

Caldwell has some of the same ideas in mind, telling a fellow Oath Keeper he believed he would be upholding the Constitution, according to charging documents.

“They have morphed into pure evil even blatantly rigging an election and paying off the political caste,” he wrote. “We must smite them now and drive them down.”

Ahead of the insurrection, Watkins personally trained recruits to get them into fighting shape, prosecutors say.

“Basic Training is mandatory … I need you fighting fit by innaugeration,” she told one recruit.

The training plans were scheduled well in advance: “The election is imminent. We do have Basic Training/FRX coming up in January though â€¦ others who join before then without experience will be REQUIRED to attend for the full week,” she told another recruit in late October. 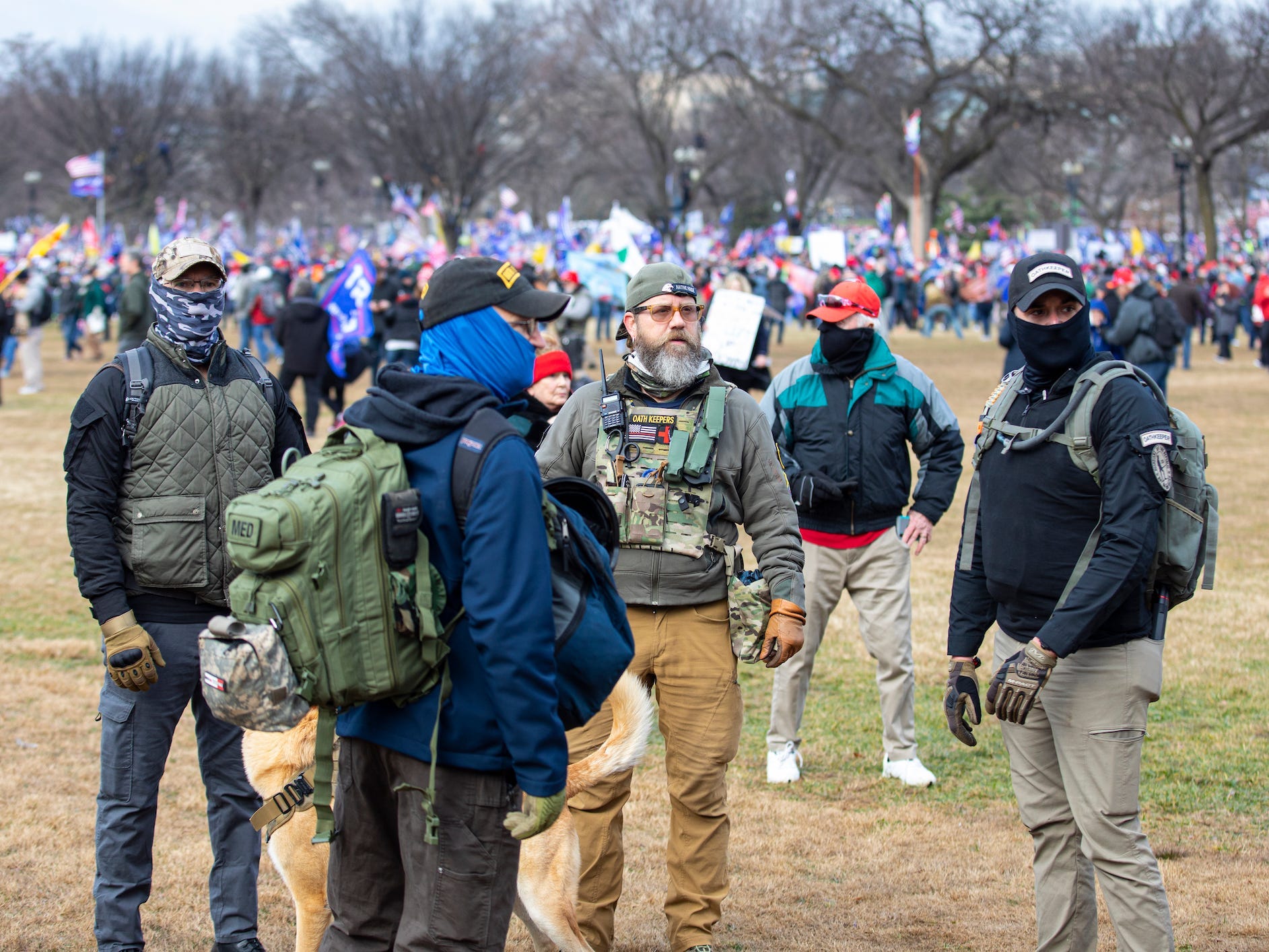 Robert Nickelsberg/Getty ImagesMen belonging to the Oath Keepers, a far-right militia made up of current and former military, police, and first responders, are seen at the trump rally on January 6, 2021.

Prosecutors say that the Oath Keepers also planned to bring weapons. Caldwell and Watkins talked about having a “quick reaction force” nearby who could supply guns to participants in the riot if needed, according to messages prosecutors obtained.

That day, members of the group also reportedly acted as personal security for Roger Stone, a former Trump aide, near the Capitol building.

The Oath Keepers communicated that day on Zello, a walkie-talkie app. Once they entered the building â€” “forcing their way to the front of the crowd” and trying to smash through doors with law enforcement on the other side, according to prosecutors â€” a Zello participant gave them a script.

“You are executing citizen’s arrest. Arrest this assembly, we have probable cause for acts of treason, election fraud,” an unknown male instructed on the channel, according to a filing. 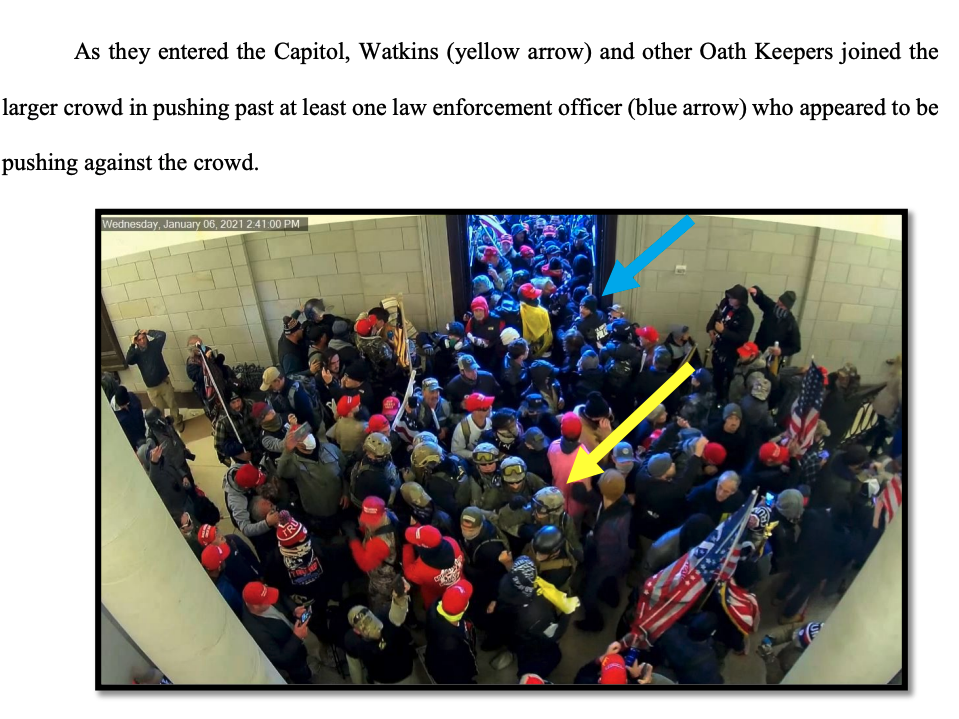 Watkins seemed to happily confirm her breach of the Capitol on Parler, taking a selfie with Crowl in the building’s rotunda.

“Me before forcing entry into the Capitol Building,” she posted on Parler. “#stopthesteal #stormthecapitol #oathkeepers #ohiomilitia.”

“Yeah. We stormed the Capitol today. Teargassed, the whole, 9,” she said in another Parler post. “Pushed our way into the Rotunda. Made it into the Senate even.” 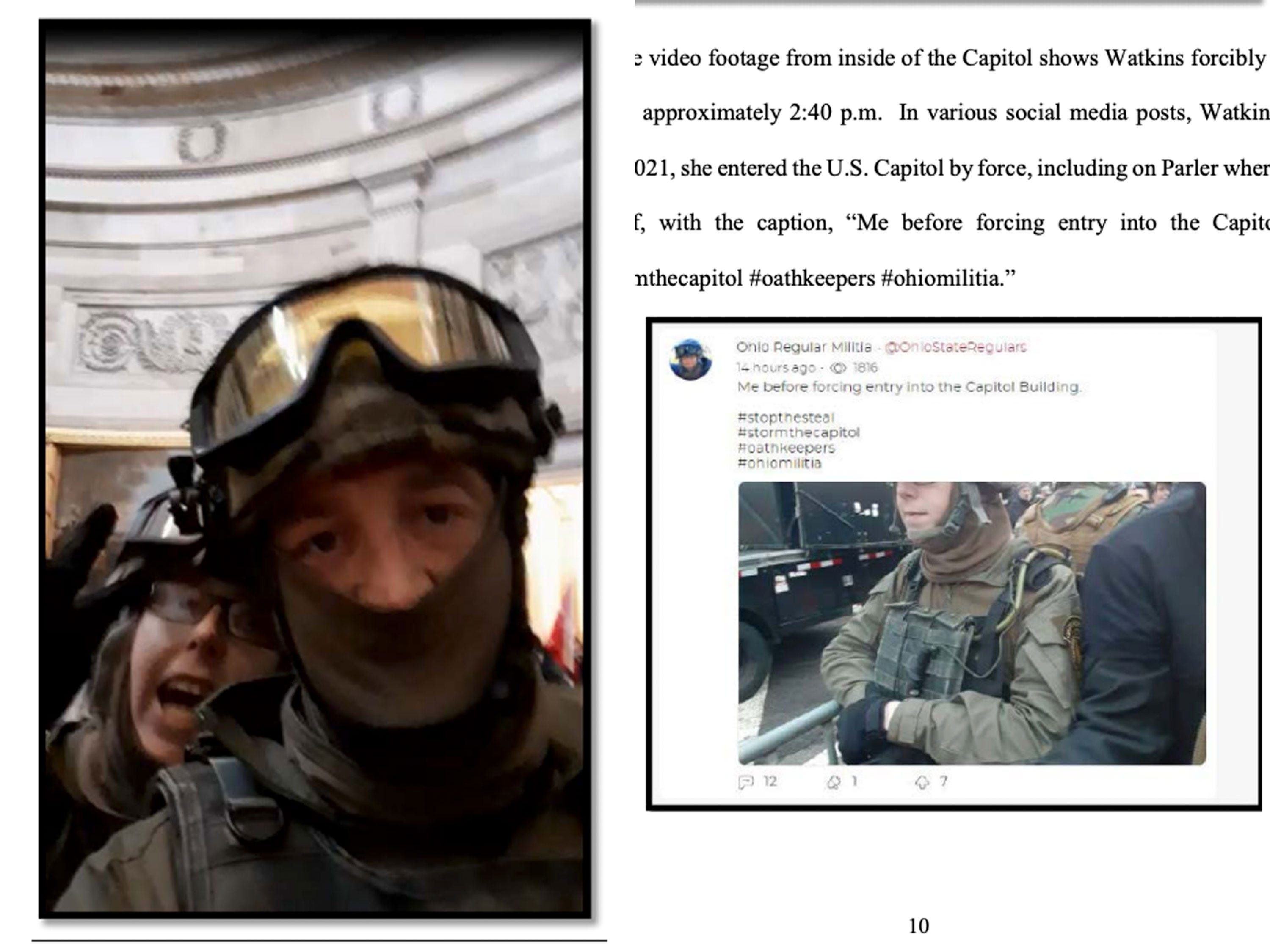 Department of JusticeThe selfie with Watkins and Crowl inside the Capitol rotunda and a Parler post from Watkins. Both were included in a court filing from federal prosecutors.

‘If Trump asks me to come, I will’

While Oath Keepers laid their plans to stop Biden from becoming president, they looked at Trump for direction and backing, prosecutors said in court filings.

“If Trump asks me to come, I will,” Watkins wrote in a text message in November. She told Crowl that Trump’s “Stop the Steal” rally was what they needed.

“We plan on going to DC on the 6th [because] Trump wants all able bodied Patriots to come,” she said in a message prosecutors obtained, adding: “If Trump activates the Insurrection Act, I’d hate to miss it.”

That “permission from Trump,” as prosecutors said Watkins described it, extended beyond just the insurrection.

Watkins said her colleagues stationed nearby with guns would be activated at Trump’s command, referring to “guys outside DC with guns, [awaiting] orders to enter DC under permission from Trump, not a minute sooner,” according to messages prosecutors obtained. 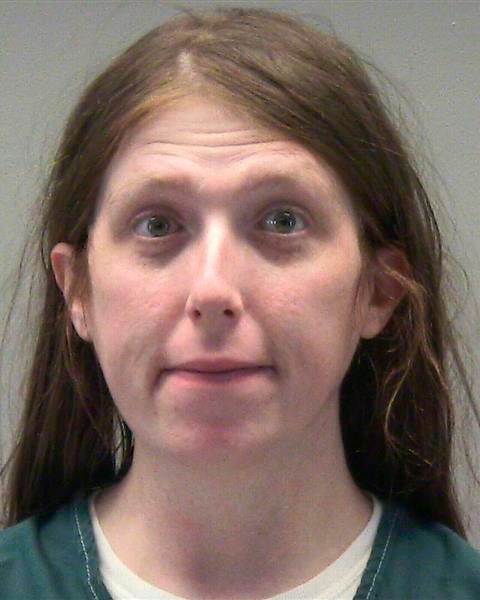 Biden was inaugurated on January 20.

The three militia members were indicted a week later on charges related to their activity in the insurrection. They haven’t entered a plea yet, and are currently battling in court over whether they should be permitted to be released from jail ahead of their trials.

“It is difficult to fathom a more serious danger to the community â€” to the District of Columbia, to the country, or to the fabric of American Democracy,” prosecutors wrote in a memo asking that Watkins remain detained, “than the one posed by armed insurrectionists, including Watkins, who joined in the occupation of the United States Capitol.”