As Cruz headed to Cancun, Beto O'Rourke made welfare calls to suffering Texans and AOC raised $1 million for relief efforts in 4 hours

David J. Phillip/APRoads in Spring, Texas, were covered with snow and sleet on Monday.

As Sen. Ted Cruz faced calls to resign after flying to Mexico as a storm left many people in Texas without power, other politicians were raising funds for relief efforts and making welfare calls.

Almost half a million Texans remained without power on Thursday after arctic weather knocked out key energy infrastructure. At least 20 people in the US have died in the conditions. 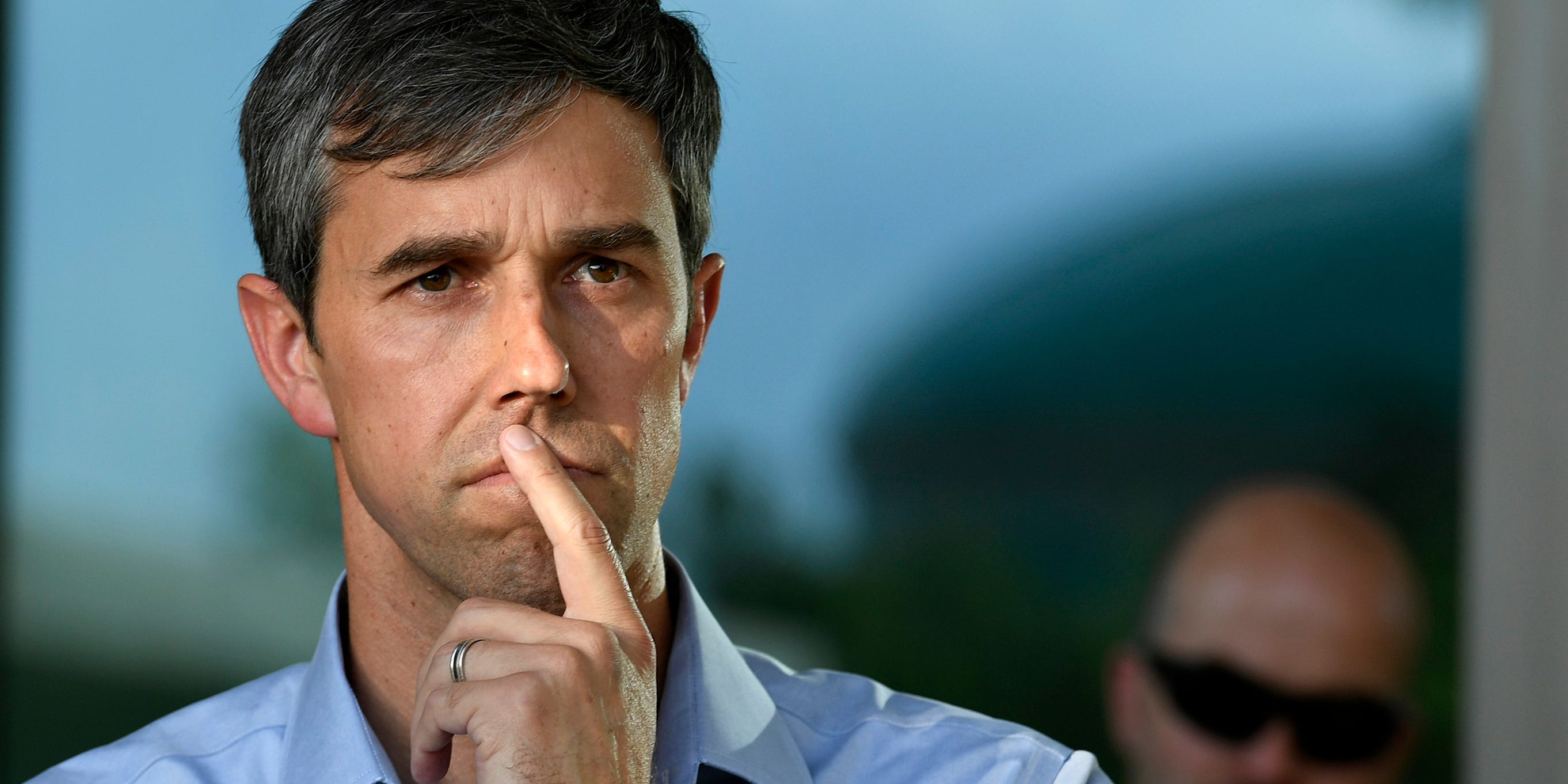 On Wednesday and Thursday, as Cruz made and then abandoned a trip to Cancun, his former Democratic rival Beto O’Rourke was running a phone-bank effort to contact older Texans.

BIG THANKS to the volunteers who made over 784,000 phone calls to senior citizens in Texas today.

You helped to connect them with water, food, transportation, and shelter.

And you made sure that they knew we were thinking about them and that they matter to us.

O’Rourke, who ran against Cruz in the 2018 midterm election, said volunteers had contacted more than 784,000 people, offering advice on securing food, transportation, water, and shelter.

O’Rourke had criticised Cruz before the senator abruptly decided to return to Texas, telling MSNBC on Thursday that Cruz was “vacationing in Cancun right now when people are literally freezing to death in the state that he was elected to represent and serve.”

O’Rourke also thanked Rep. Alexandria Ocasio-Cortez, who on Thursday helped to raise money for relief efforts in Texas. The funds will go directly to five organisations that are providing food, shelter, and other resources to people affected by the storm, she said.

Ocasio-Cortez, who represents a district in New York City, launched the fundraiser on Twitter on Thursday afternoon. In less than two hours it had raised $US325,000, and she said about two hours later that it had hit $US1 million.

Ocasio-Cortez said Texans should “continue to demand” Cruz’s resignation over his role in the Capitol riot in January and over his Cancun trip.

We officially raised $1 million for Texas relief at 9:17pm.

Cruz is facing backlash to his decision to vacation in Cancun. He said he had planned to stay in the city until Saturday but rushed back to Texas on Thursday after he saw the “firestorm” brewing about his trip. 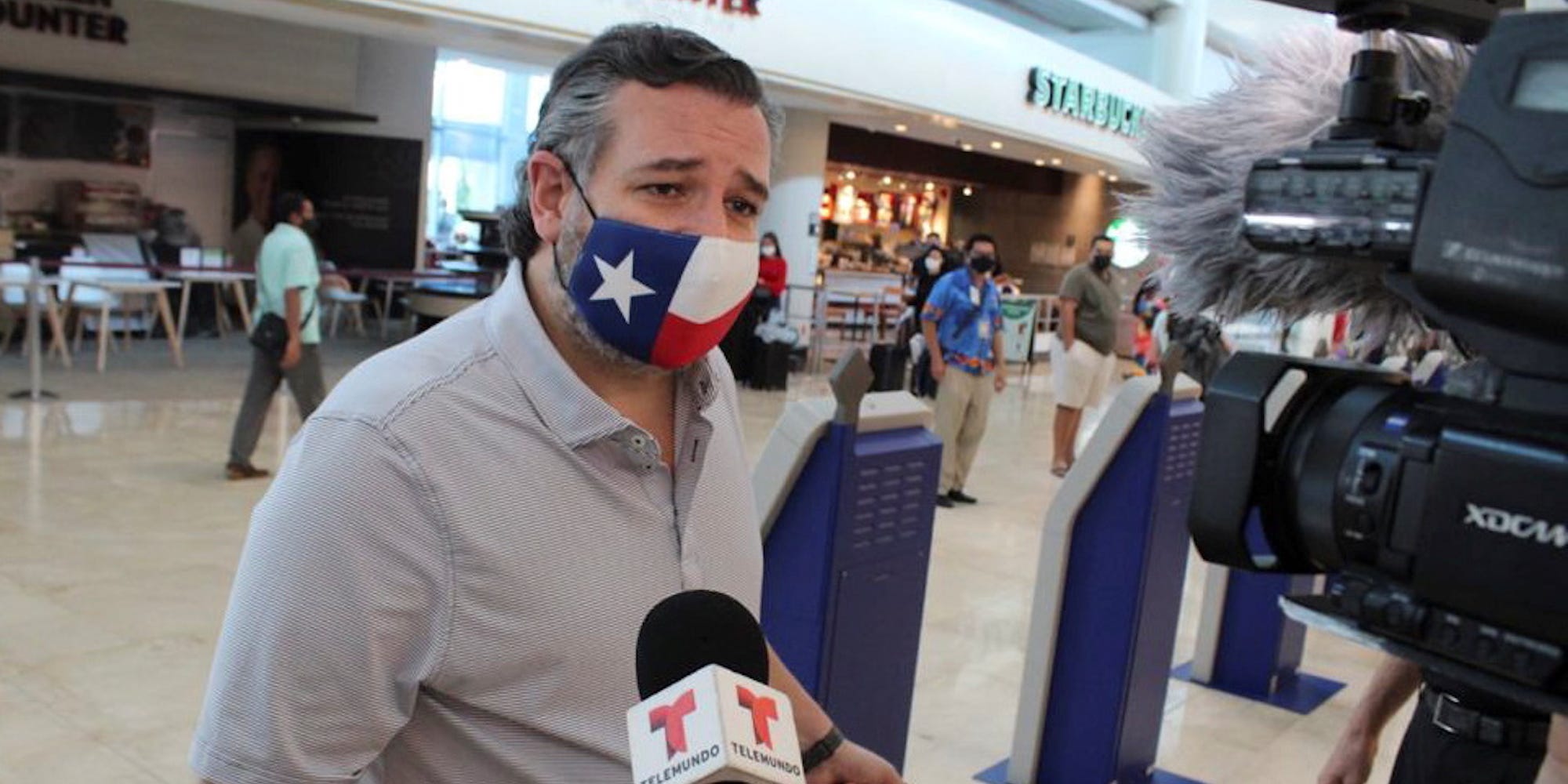 Stringer/ReutersRepublican Sen. Ted Cruz at the Cancun International Airport in Mexico before boarding a plane back to the US on Thursday.

“When I arrived and saw the initial firestorm, what had started as second thoughts that I had as soon as we left grew even greater,” he said.

“It was obviously a mistake, and, in hindsight, I wouldn’t have done it,” he said.

The Electric Reliability Council of Texas said on Wednesday that it had made “significant progress” in restoring power but that outages would continue through the week.