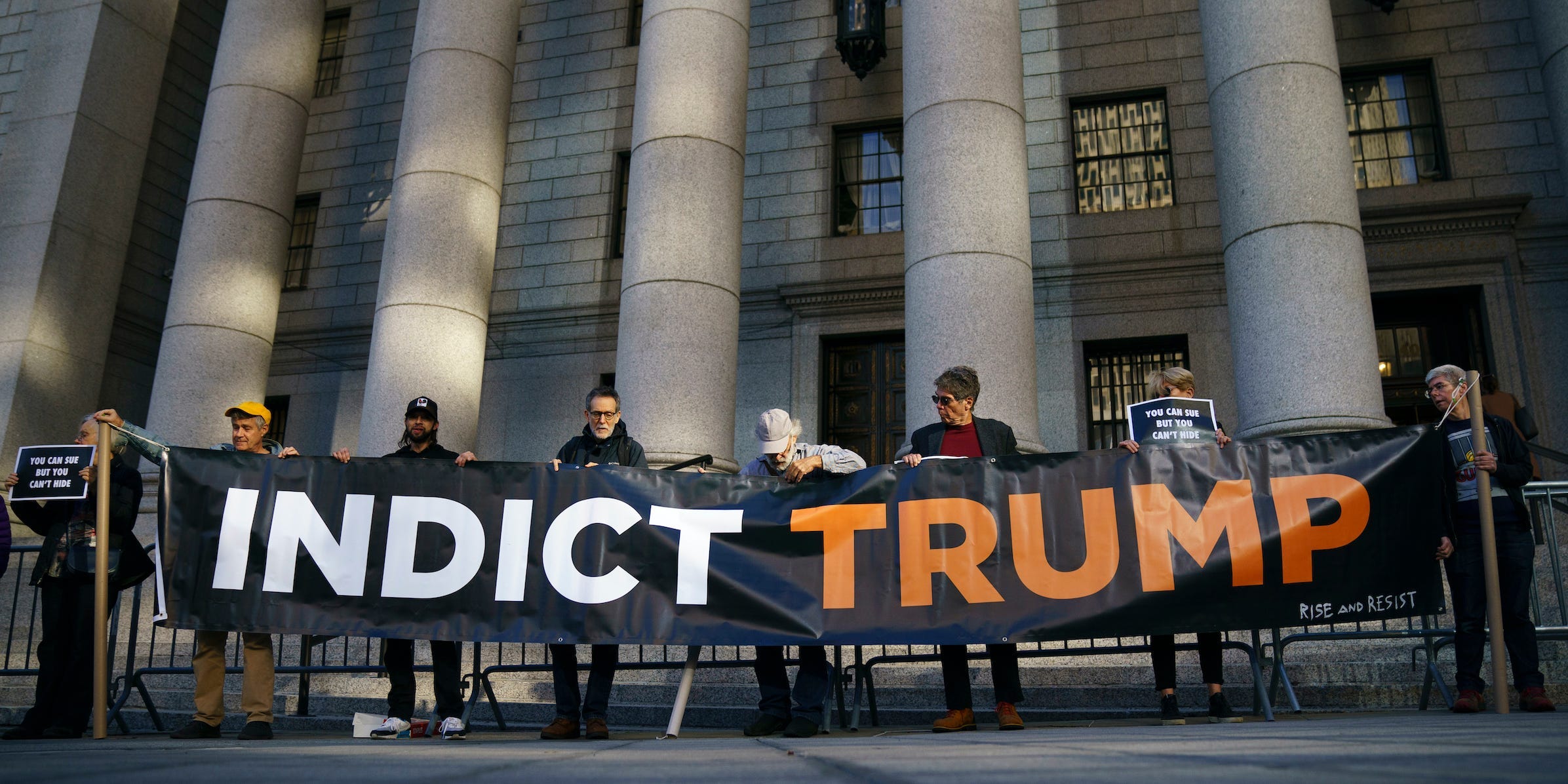 President Donald Trump’s closely held finances snapped back into the spotlight this week after The New York Times published a lengthy investigation into his federal income tax returns, which he has not released to the public.

The report has also renewed focus on a drawn out legal battle the president is engaged in with the Manhattan district attorney’s office, led by Cyrus Vance, Jr. That’s especially true since the DA’s office hinted in a court filing last week that Trump could be investigated for tax fraud and has extensively cited previous media coverage â€” including The Times’ â€” as reason to subpoena his tax returns.

The Times investigation painted a damaging portrait of a president who raked in millions every year but paid just $US750 in income taxes in 2016 and 2017. In 11 out of the 18 years of financial records examined by The Times, Trump paid no federal income taxes at all. “Over the past two decades, Mr. Trump has paid about $US400 million less in combined federal income taxes than a very wealthy person who paid the average for that group each year,” the outlet reported.

The president also wrote off many of his personal expenses â€” like spending $US70,000 to style his hair â€” as business expenses and reported major financial losses, which he benefited from because the write-offs reduced his tax bill.

Trump denounced the Times reporting as “fake news” over the weekend.

The president’s personal defence attorneys are currently fighting Manhattan prosecutors over a subpoena for eight years of his tax returns, though some of those documents might already be in prosecutors’ hands because of New York state procedures.

The subpoena seeks Trump’s financial records as part of an investigation into whether the Trump Organisation violated state laws through its involvement in facilitating illegal hush money payments to the adult film actress Stormy Daniels shortly before the 2016 election.

The case went all the way to the Supreme Court, with Trump’s lawyers making the broad and unprecedented claim that the president has “absolute immunity” from any criminal investigation while he’s in office.

In July, the court ruled 7-2 in favour of the Manhattan DA’s office but allowed Trump to keep fighting the subpoena on other grounds in the lower courts.

Last month, a federal judge again struck down Trump’s efforts to block the subpoena, describing the president’s actions as “unprecedented,” “far-reaching,” and “perilous” to the rule of law.

“As this Court suggested in its earlier ruling in this litigation, that notion, applied as so robustly proclaimed by the President’s advocates, is as unprecedented and far-reaching as it is perilous to the rule of law and other bedrock constitutional principles on which this country was founded and by which it continues to be governed,” US District Judge Victor Marrero wrote in his ruling.

Trump’s lawyers appealed the ruling to the US Court of Appeals for the Second Circuit, which is scheduled to hear arguments in the case on Friday.

In last week’s filing, Vance’s office hinted for the first time that the president could be investigated for tax and insurance fraud. Prosecutors extensively cited media reports, including The Times’ previous reporting on Trump’s finances, as grounds to subpoena his long concealed financial documents.

“The New York Times reported that Appellant engaged in ‘dubious tax schemes during the 1990s, including instances of outright fraud’ and that he ‘helped his parents dodge taxes’ by ‘set[ting] up a sham corporation to disguise millions of dollars in gifts’ and undervaluing assets,” the filing said.