New York Times journalists openly speak out against the decision to run an op-ed by Sen. Tom Cotton calling for military action amid protests 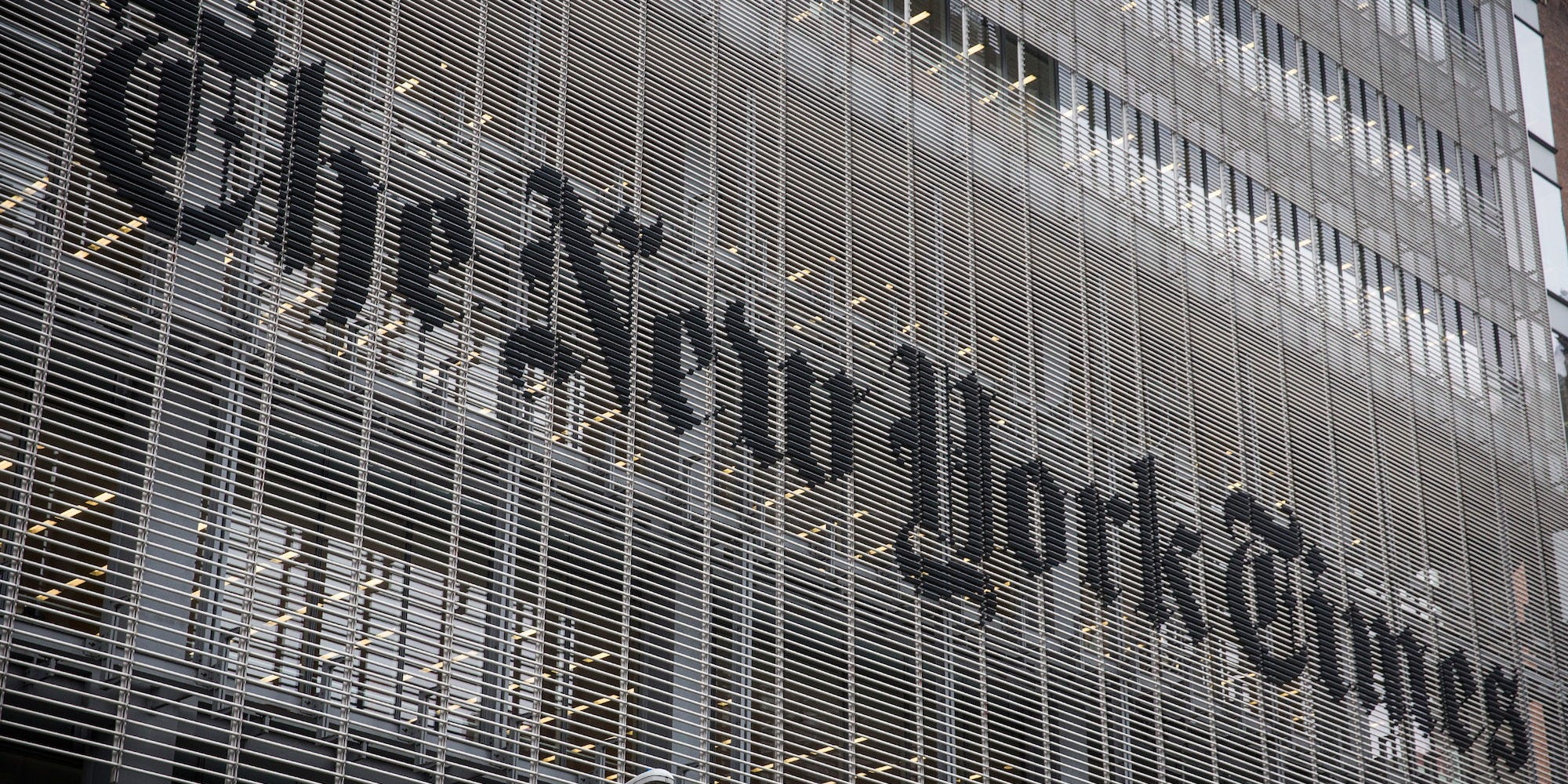 New York Times staff members are openly speaking out against the publication after it ran an op-ed article by Sen. Tom Cotton of Arkansas calling for military action to quell unrest over George Floyd’s death.

Cotton, a Republican, focused his argument around looting in New York, where he said “outnumbered police officers” “bore the brunt of the violence.” In the op-ed article, he encouraged President Donald Trump to use the Insurrection Act to activate the US military to act in a law-enforcement role in some states.

Floyd’s killing by a police officer on May 25 has sparked protests across the US and around the world on the treatment of black people by the police. The protests, which entered their ninth day Wednesday, have largely been peaceful, but incidents of looting and vandalism have sprung up as well.

Law-enforcement officers themselves have also been recorded responding to peaceful protests with violence, however, and deployment of the military, especially against states’ wishes, would mark a major escalation.

In light of Cotton’s article, several Times writers, including the 2020 Pulitzer winner Nikole Hannah-Jones, posted the line “Running this puts Black @nytimes staff in danger” on Twitter, while others condemned the publication’s decision to run the article. Other journalists and Twitter users have also tweeted the line, expressing solidarity with The Times’ reporters.

Amy Qin, a China correspondent for The Times, wrote that it was “surreal and horrifying to wake up on the morning of June 4 – the 31st anniversary of the Tiananmen Square crackdown – to this headline.”

“Times Opinion owes it to our readers to show them counter-arguments, particularly those made by people in a position to set policy,” Bennet concluded in the thread.

“We understand that many readers find Senator Cotton’s argument painful, even dangerous,” he wrote. “We believe that is one reason it requires public scrutiny and debate.”

An article published by the Times media reporter Marc Tracy on Wednesday cited three Times journalists as saying their sources would no longer provide information in light of the op-ed article.

The NewsGuild of New York, a union that represents many Times journalists, told The Times that Cotton’s essay “promotes hate” and “pours gasoline on the fire” amid the times of unrest.

“This is a particularly vulnerable moment in American history,” the statement said. “Cotton’s Op-Ed pours gasoline on the fire. Media organisations have a responsibility to hold power to account, not amplify voices of power without context and caution.”

The Times reported that Bennet had admitted that he did not read the op-ed before its publication during a Thursday meeting with Times publisher AG Sulzberger, according to two people who were also in attendance.

In an internal email sent to staff Thursday, Sulzberger supported publishing the op-ed, writing he believes in the principle of openness to a range of opinions, even those we may disagree with, and this piece was published in that spirit.”

“But it’s essential that we listen to and reflect on the concerns we’re hearing, as we would with any piece that is the subject of significant criticism. I will do so with an open mind,” Sulzberger wrote in the email, citing The Times report. “We don’t publish just any argument – they need to be accurate, good faith explorations of the issues of the day.”

Following backlash for the published op-ed, Eileen Murphy, a Times spokeswoman, said in a statement that the publication reviewed the piece and “the process leading up to its publication.”

“This review made clear that a rushed editorial process led to the publication of an Op-Ed that did not meet our standards,” Murphy said in the statement. “As a result, we’re planning to examine both short-term and long-term changes, to include expanding our fact-checking operation and reducing the number of Op-Eds we publish.”

A spokesperson for Cotton’s office said in a statement to CNN’s Oliver Darcy that they weren’t contacted in advance of The Times’ statement and “our editorial process was similar to our past experiences at the New York Times and other publications.”

“We’re curious to know what part of that process and this piece didn’t meet their standards,” the statement continued.

Cotton later appeared on Fox News, saying that he believes his op-ed “doesn’t meet the New York Times standards. It far exceeds their standards, which are normally below left wing sophomoric drivel.”

“I will say to the world ‘You’re welcome’ for getting the New York Times to run less of the garbage that you normally see in their pages,” Cotton continued.