Norwegian Air abandons long-haul flights, ending its $100 travel between the US and Europe 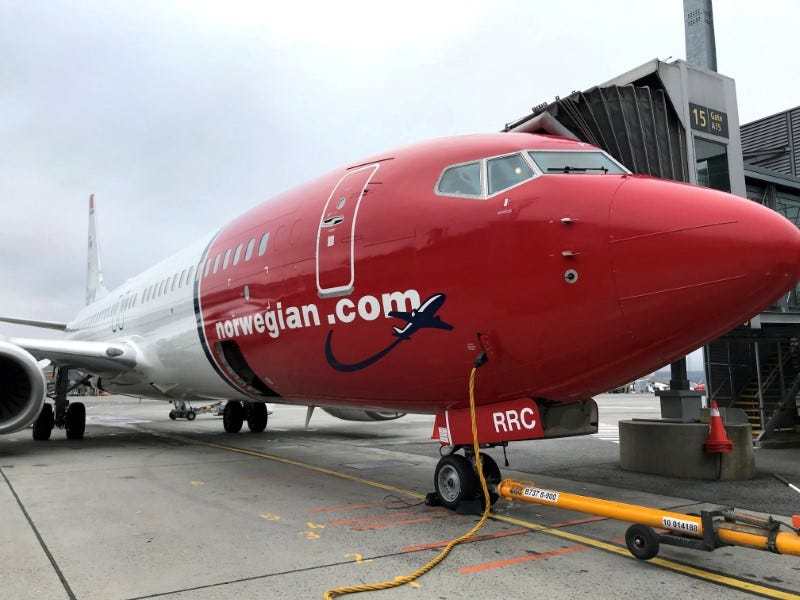 One of Europe’s biggest airlines, Norwegian Air, plans to abandon long-haul flights between the US and Europe and focus on building a scaled-down European network as it struggles to stay afloat during the coronavirus crisis.

The Oslo-based airline will concentrate on offering cheap flights for domestic routes in Norway, across Nordic countries, and to key European destinations, it said in a statement Thursday.

Norwegian, known for its red-nosed aeroplanes and cheap fares, connected cities across the US with cities in Europe, offering nonstop flights for as little as $US100. This has ultimately made transatlantic travel more accessible.

The airline had already slashed the number of long-haul flights by 40% in March.

The airline said Thursday that it had restarted talks with the Norwegian government about financial aid for the restructuring plan.

The proposal would cut Norwegian’s fleet to about 50 aircraft from 140, it said.

“Future demand remains highly uncertain,” the airline said. “Under these circumstances a long-haul operation is not viable for Norwegian, and these operations will not continue.”

It hopes to cut its debt to about 20 billion Norwegian crowns, or $US2.4 billion, and to raise up to 5 billion crowns, or $US591 million, through a mix of new shares and hybrid capital.

About 1,100 crew members are expected to lose their jobs in the UK, along with similar numbers in France, Italy, Spain, and the US, The Independent reported Thursday.

Travel restrictions, quarantine rules, and changing government advice around the world have discouraged people from flying internationally and have left the aviation industry struggling to survive.

The entire fleet of Norwegian’s Boeing 787 Dreamliner fleet had been grounded since March, the low-cost airline said.

Passengers whose future bookings have now been cancelled “will be contacted directly and will be refunded,” Norwegian said.

“Our short-haul network has always been the backbone of Norwegian and will form the basis of a future resilient business model,” Jacob Schram, the CEO of Norwegian, said.

“It is with a heavy heart that we must accept that this will impact dedicated colleagues from across the company,” he added. “I would like to thank each one of our affected colleagues for their tireless dedication and contribution to Norwegian over the years.”