Stocks across Asia-Pacific markets are lower today amid rising geo-political tensions in the region.

It follows a sell-off in overnight markets, as global stocks got the jitters from rising levels of animosity between the US and North Korea.

Overnight there was more tough rhetoric from US President Donald Trump, who told reporters that his “fire and fury” comment “maybe wasn’t tough enough”.

Although South Korean and Indian stocks have climbed to new record highs this year as global capital moved into Asian emerging markets, the research team at Capital Economics cited three reasons why they don’t expect the recent growth to last.

“First, the ongoing hostility with North Korea is not only likely to keep the MSCI Korea Index under pressure, but could also weigh a little on equities elsewhere in the region,” Capital Economics said.

They also forecast that China’s economy will lose some momentum in the second half of the year, and don’t expect the same conribution to recent growth from the huge IT companies (think Samsung in South Korea, Tencent Holdings and India’s Infosys) in the region.

Nicole Kidman reveals she tried to back out of playing Lucille... 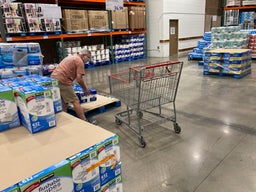