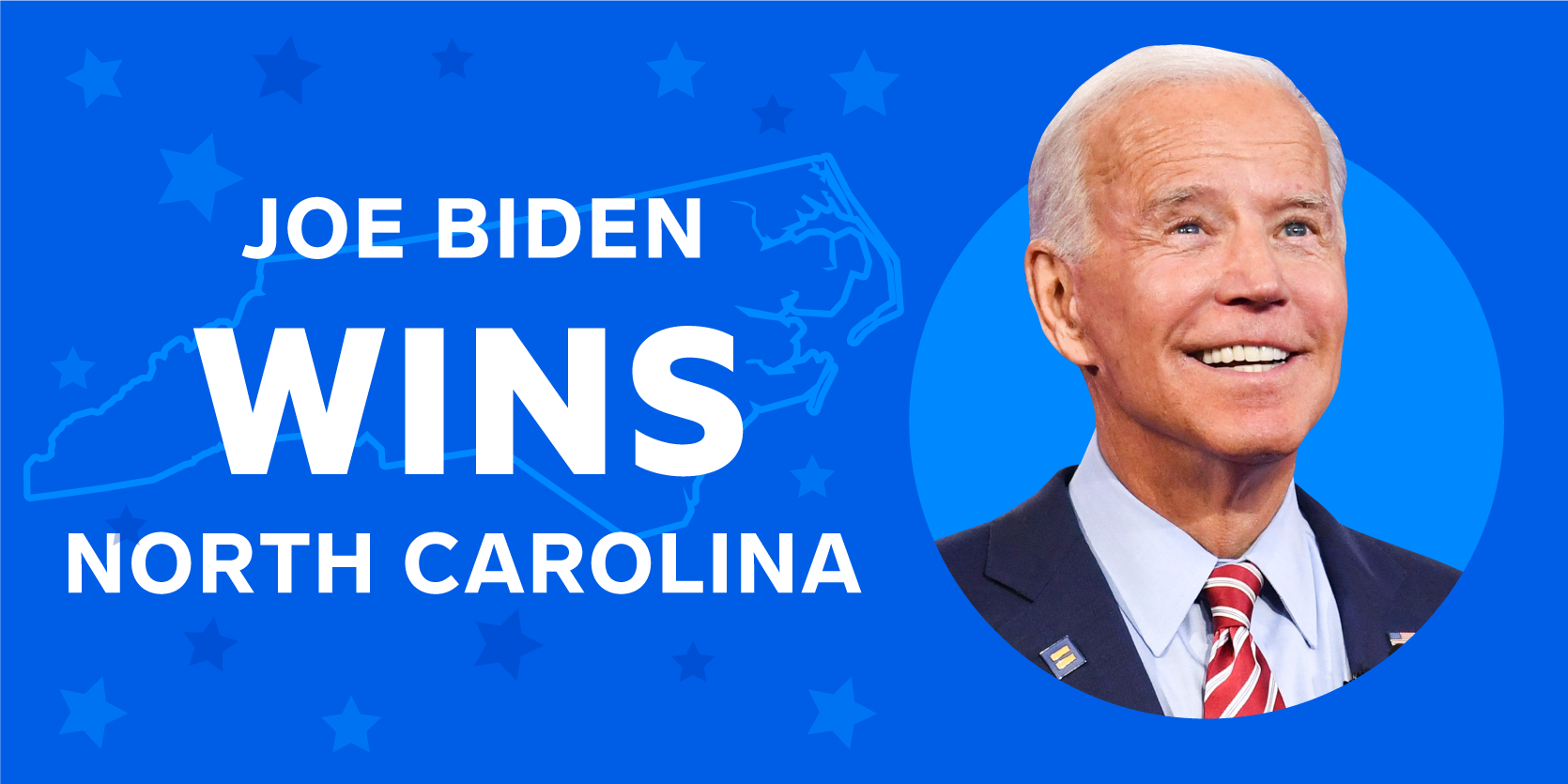 North Carolina has been called for Joe Biden.

Insider and DDHQ are calling “The Tar Heel State” for the former Vice President. Polls in North Carolina closed at 7:30 p.m. Eastern, and we will have live vote counts and results happening in real time.

While Biden and Sanders both easily passed the threshold for delegate viability in North Carolina, Bloomberg and Warren failed to reach the 15% cutoff point in the state.

Biden posted a thank you Tweet to North Carolinians shortly after notching the big win, which marked his second early in the night.

Biden also sped to victory in neighbouring state Virginia to open the night, showing his dominance in southern states widely expected to be battlegrounds in the general election later this year.

Of all the Super Tuesday states, North Carolina had the fourth-most delegates up for grabs with 110, or 2.8%, of the delegates allocated through the primary process. North Carolina is widely considered to be a battleground state heading into the 2020 general election, so the democratic candidates who perform well in the state’s primary may be perceived as the most electable to run against President Trump.

Of the 110 pledged delegates:

Former New York City Mayor Mike Bloomberg looked to earn some of his first delegates in North Carolina after hedging his bets and investing considerably in all the Super Tuesday states. Instead, he struggled to reach the podium in “The Tar Heel State.”

Hillary Clinton won the Democratic North Carolina primary in 2016 with 54.5%, but Sen. Bernie Sanders finished not too far behind with 40.9% of the vote.

The most recent primary polls showed Biden significantly ahead of the pack in North Carolina, with Sanders, Bloomberg, and Warren trailing behind.

According to RealClearPolitics’ average of the latest polling data, Biden leads the field with 25.0% support on average compared with 19.5% for Sanders, 16.5% for Bloomberg, 16.0% for Buttigieg, 9.0% for Warren, and 4.5% for Klobuchar. Buttigieg and Klobuchar have since dropped out and endorsed Biden.

FiveThirtyEight’s election forecastgives Biden a 74% chance of getting the most votes, followed by Sanders at 20%, Bloomberg at 6%, and Warren at less than 1%.