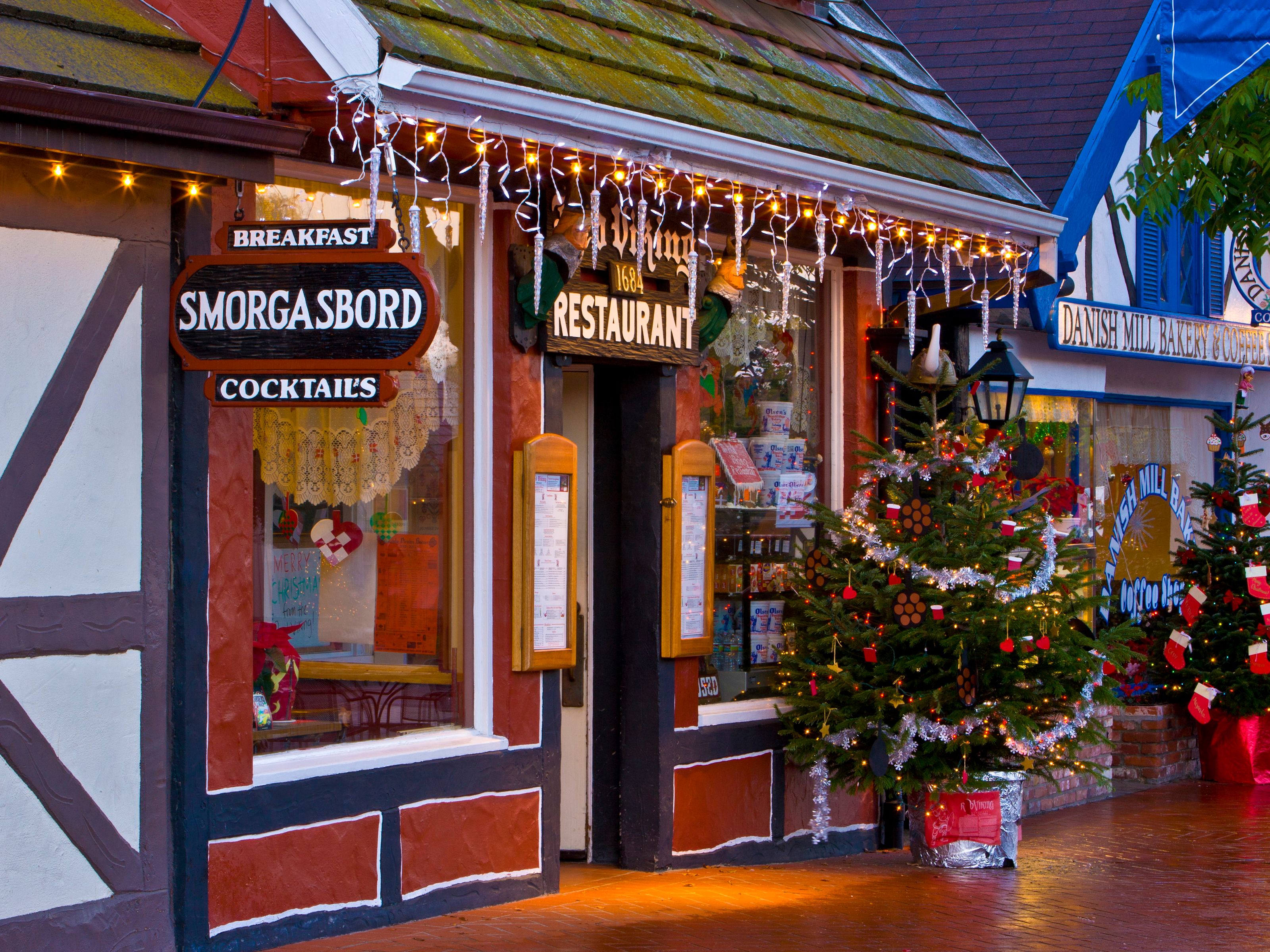 If a trip to Europe isn’t in the cards, there are multiple destinations within North America that look like they were transplanted from overseas.

Whether purposefully modelled to look like European cities or because their architecture was influenced by European settlers, these cities might help you feel like you’re on vacation in Europe.

Here are 12 places in the US, Canada, Mexico, and Puerto Rico that resemble European cities. 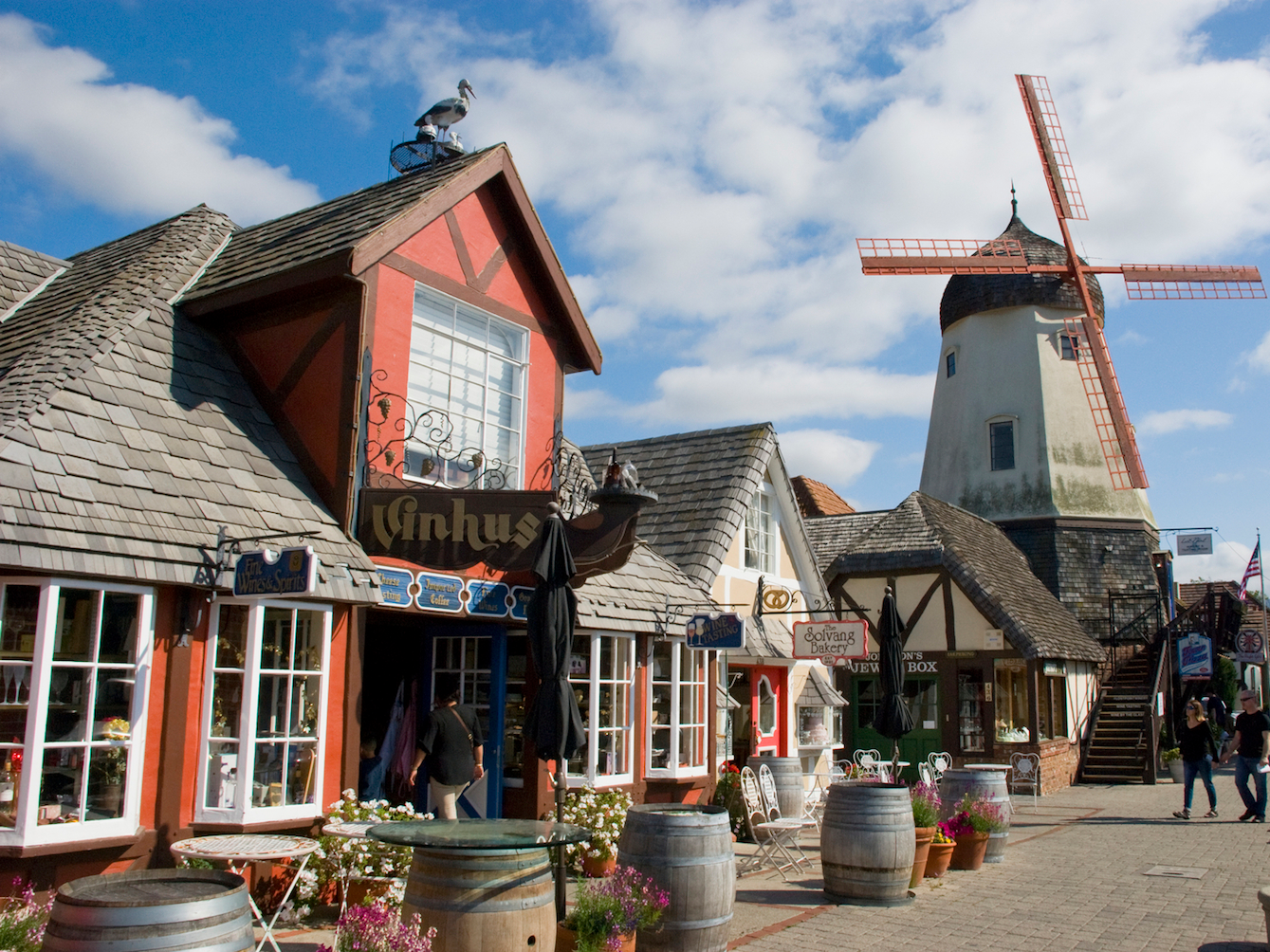 You don’t have to travel to Europe for a taste of Scandinavia.

Situated in California’s Santa Ynez Valley, Solvang(Danish for “sunny fields”) was founded by Danish-American settlers from the Midwest in the early 1900s.

The town boasts Danish flair in the form of architecture (including replicas of Copenhagen’s Little Mermaid statue and Round Tower), bakeries and restaurants, and cultural museums. 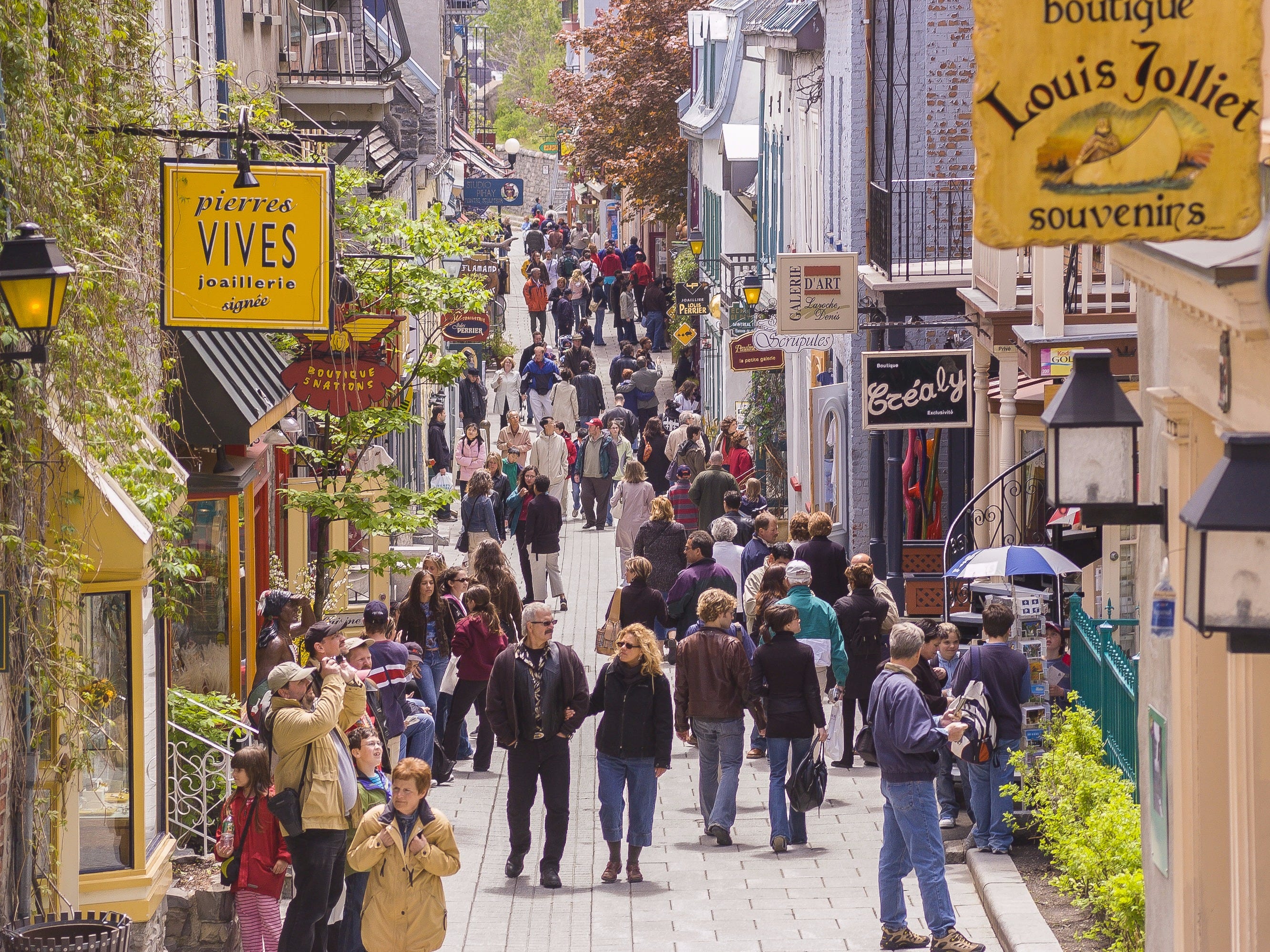 Founded in the 17th century by French explorer Samuel de Champlain, Quebec City is the capital of the eponymous Canadian province.

Old Quebec, the city’s UNESCO-designated historic district, is notable for its scenic cobblestone streets and alleys. The fact that the locals speak French also adds to the European ambiance.

Finally, Quebec’s National Assembly in Upper Town is home to the Parliament Building, an imposing structure, that, according to the Encyclopaedia Britannica, was influenced by the Louvre Museum in Paris.

In Holland, Michigan, there’s a tulip farm and a Dutch theme park. 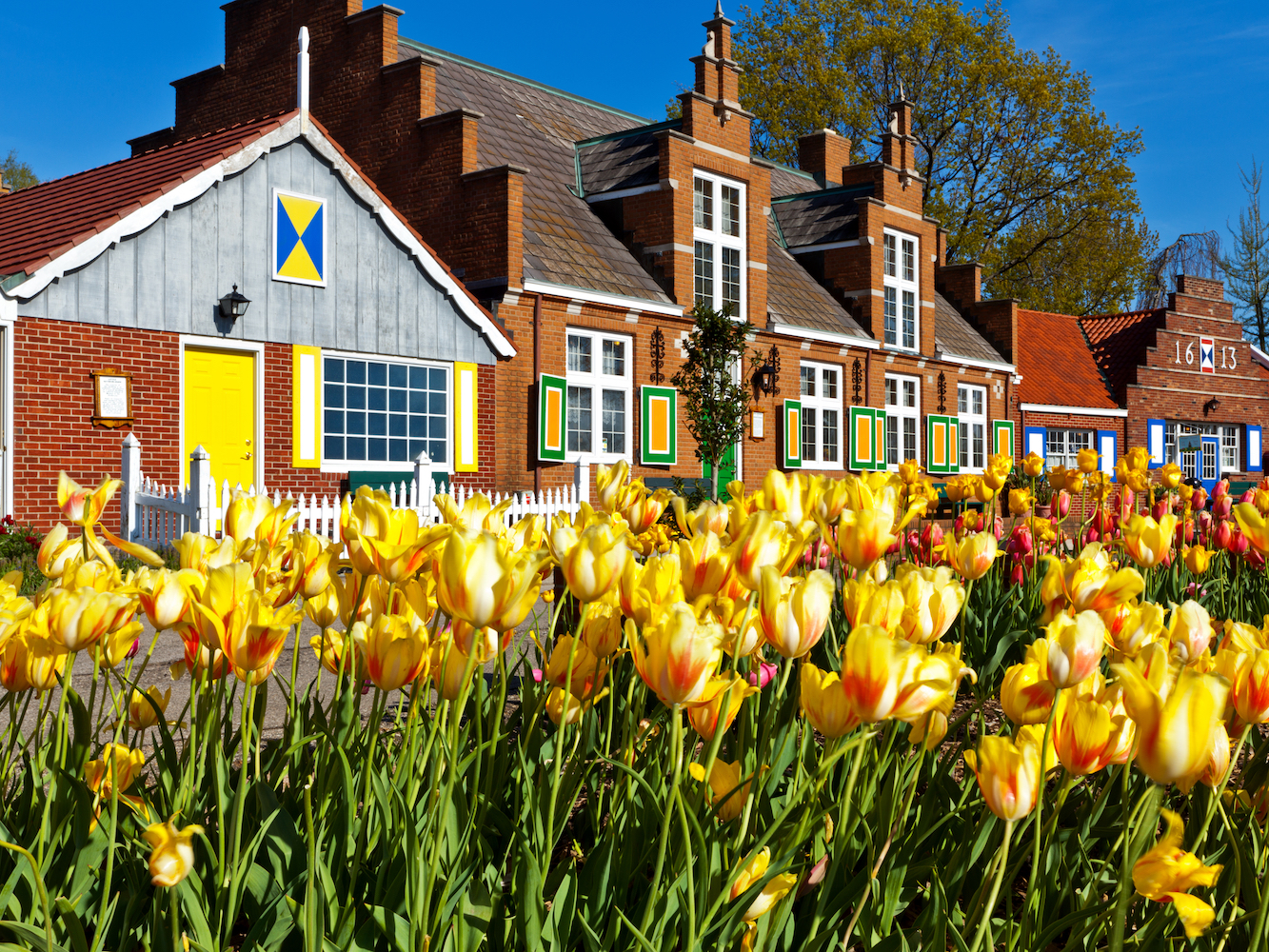 Craig Sterken/ShutterstockYou’ll get a taste of Holland in Holland, Michigan.

If you have tulip fever, the aptly named city of Holland, Michigan, is known for its rich Dutch heritage.

Thanks to attractions like the Veldheer Tulip Farm and the DeZwaan Windmill, the only working, authentic Dutch windmill in the US, you can pretend you’re abroad from the comfort of the Great Lakes State.

Holland is also home to Nelis’ Dutch Village, a historic theme park founded by Dutch immigrants in the 1950s.

Leavenworth, Washington, is the Pacific Northwest’s take on a Bavarian village. 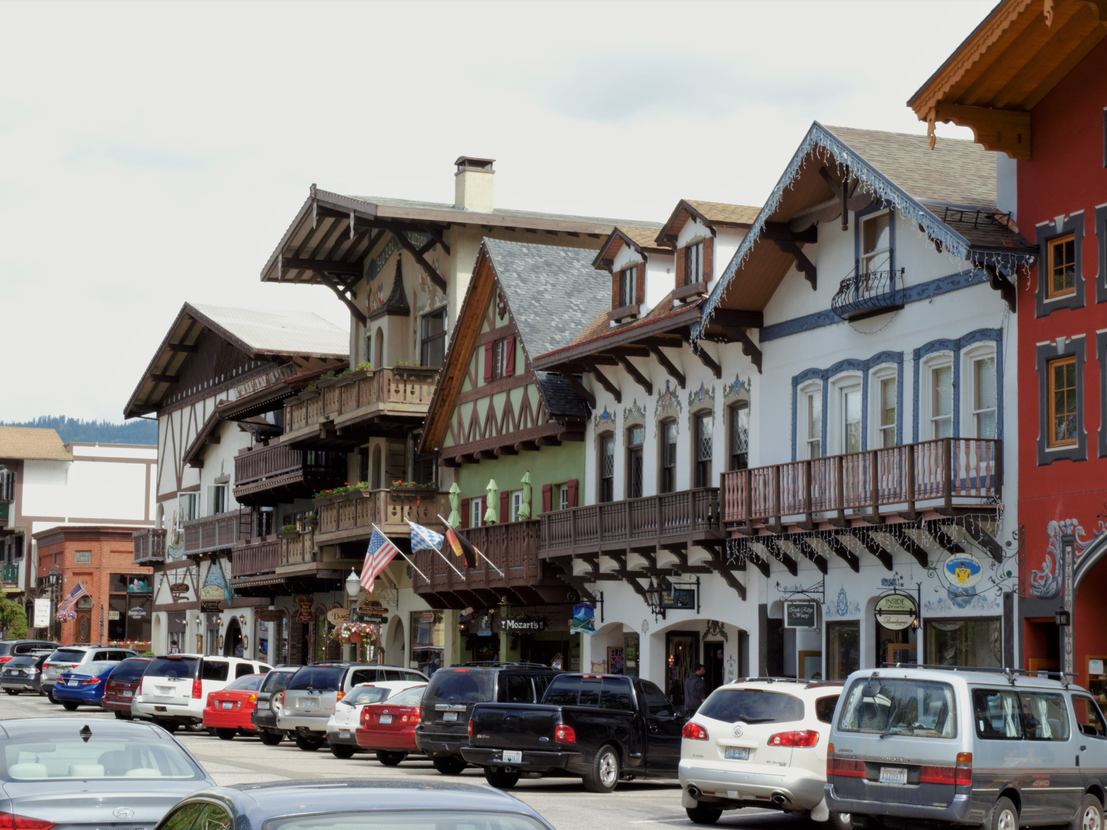 iStockAfter being remodeled, Leavenworth, Washington resembles some parts of Germany.

In the 1960s, inspired by the hills surrounding the town,Leavenworth, Washington, was remodeled to resemble a German village.

More than a gimmick to attract tourists, the town’s Bavarian upgrade included architectural updates such as painted wood storefronts as well as a schedule of year-round programs.

Come for events like the Christmas Lighting Festival and the Autumn Leaf Festival and stay for the rustic shops and gorgeous views of the Cascade Mountains.

Puebla, Mexico, is significant for its Spanish Colonial architecture. 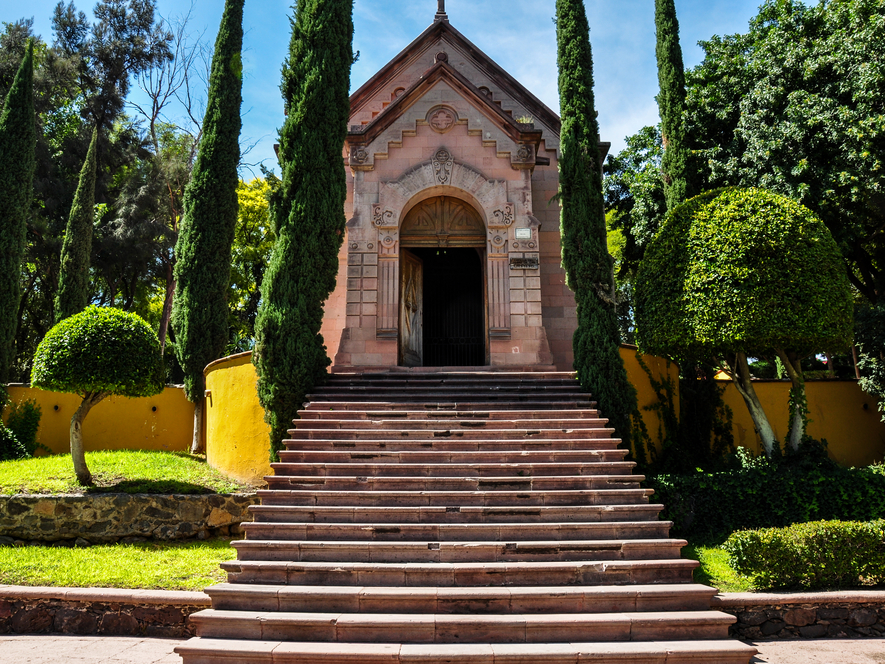 Located about 75 miles from Mexico City, Puebla is known for its Spanish Colonial buildings, including the New Spanish Baroque style Capilla del Rosario (Rosary Chapel) and the Puebla Cathedral, in which designs were sent from Spain and Sevillian architect, Gerónimo Balbas, built the altars for.

Puebla, whose historic centre has been designated a UNESCO World Heritage Site, also has a whole museum dedicated to Baroque art and architecture.

Vail, Colorado, was partially modelled after a Swiss ski resort. 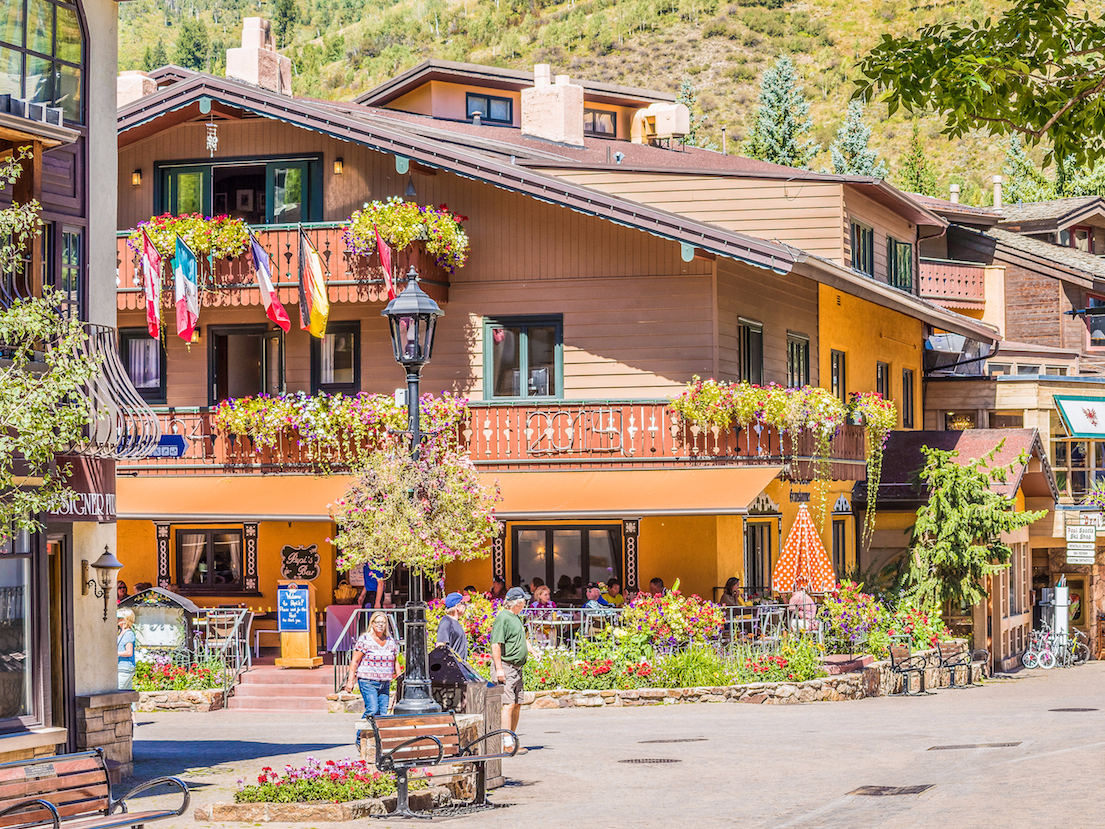 Partially modelled after Zermatt, a Swiss ski resort, Vail is nestled in the Colorado Rockies.

Although it’s famous for its slopes, this high-altitude destination also features pedestrian villages lined with shops and restaurants that were built in the 1960s with inspiration from European alpine architecture.

The architecture in New Orleans, Louisiana, was influenced by French and Spanish settlers. 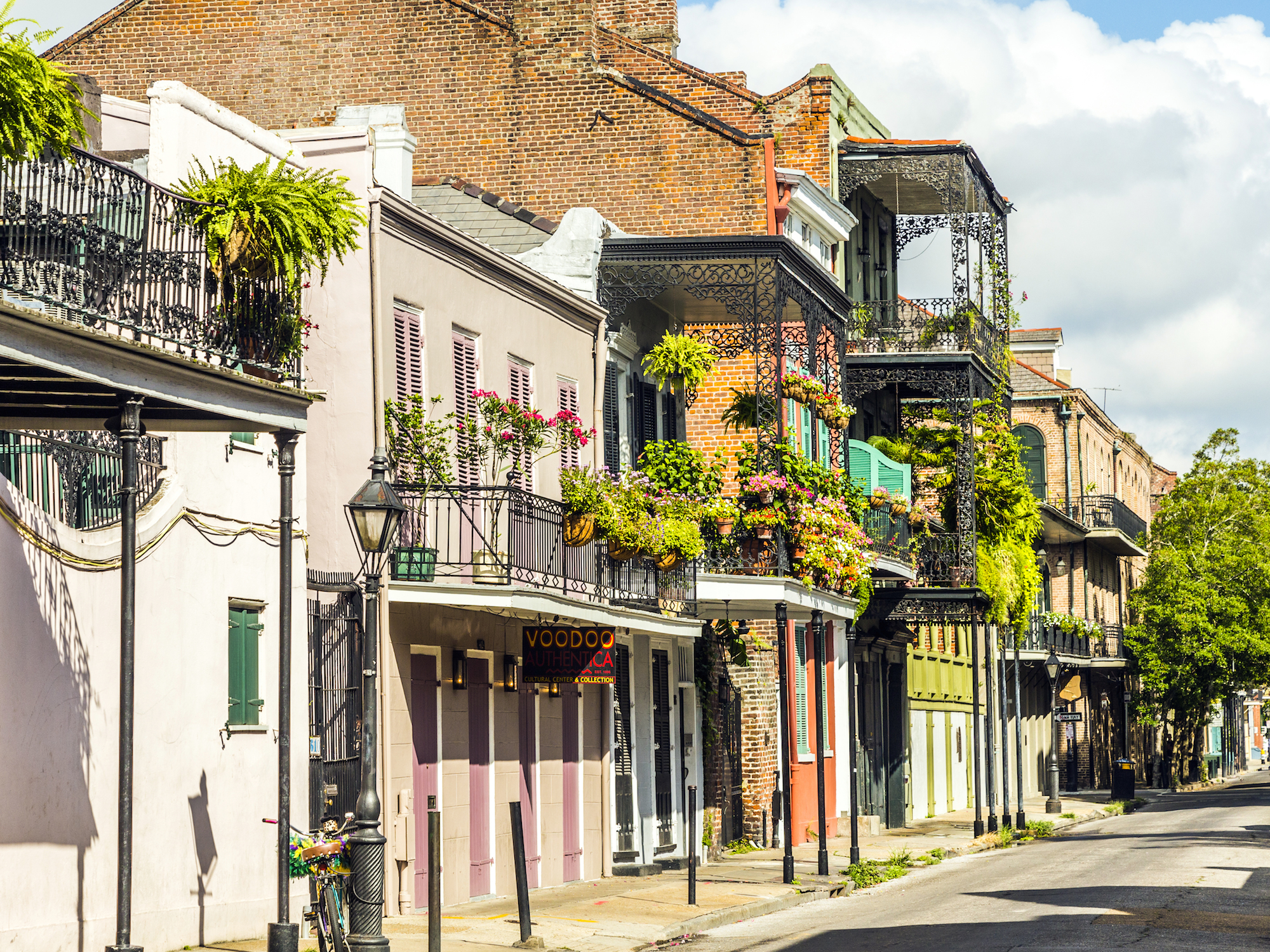 In culture and cuisine, New Orleans has been influenced by French and Spanish settlers, as well as by the Creole descendants of colonists.

With architecture spanning from Spanish Colonial buildings to Creole townhouses, walking through New Orleans feels like stepping into the past.

The French Quarter, despite its name, was more heavily influenced by the Spanish than by the French. That’s because, from 1763 to 1803, France gave up control of Louisiana to Spain.

Much of the original French architecture was destroyed by fires during Spanish rule leading to a rebuilding effort by the Spanish.

Victoria, Canada, has a British vibe. Santi Visalli / Contributor/ GettyThe British Columbia Parliament Buildings in Victoria look like they could be in the UK.

Victoria, built on the traditional territory of the Lekwungen People, takes its name from the titular 19th-century monarch, so it’s no surprise that the city has a decidedly British vibe.

For added sophistication, you can visit Craigdarroch Castle, a mansion designed by Scottish industrialist and immigrant Robert Dunsmuir in the late 1800s. 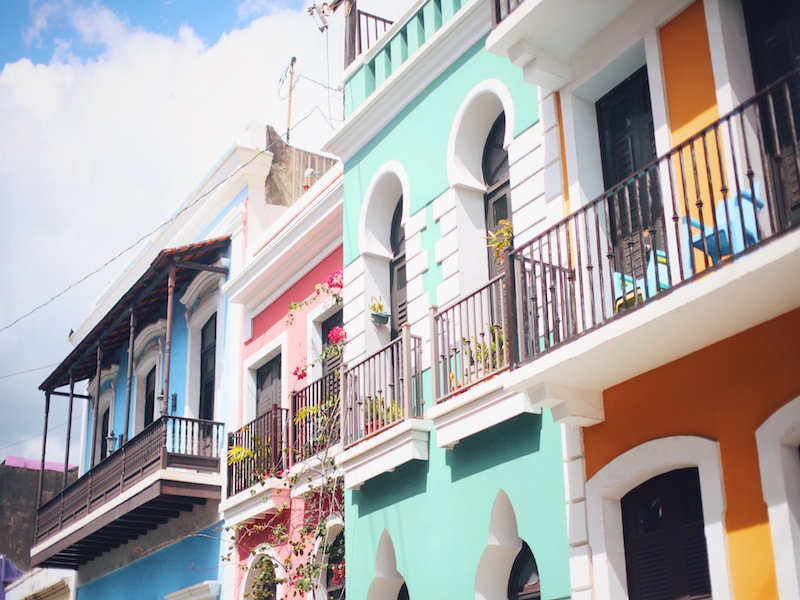 Founded by the Spanish in the 16th century, San Juan was influenced by European design.

In Old San Juan, the Puerto Rican capital’s historic district, architecture spans in style from Gothic to Renaissance to Baroque. If you can’t make it to the Greek isles, a trip to Tarpon Springs, Florida, could be the next best thing.

Nicknamed the “Greek Island” of the US, the city is known for its Greek heritage that dates back over a century.

Beyond demographics, Tarpon Springs’ docks, used in the sponging industry, are lined with boats that would be right at home in the Mediterranean. Jon Bilous/ShutterstockBeacon Hill in Boston, in some ways, resembles neighbourhoods in the UK.

Beacon Hill‘s Federal-style architecture and cobblestone streets are a blast from the city’s British past, while the North End, with its pizza shops and festive parades, may help transport you to Italy.

There are elaborate Baroque and neoclassical buildings in Guanajuato, Mexico. 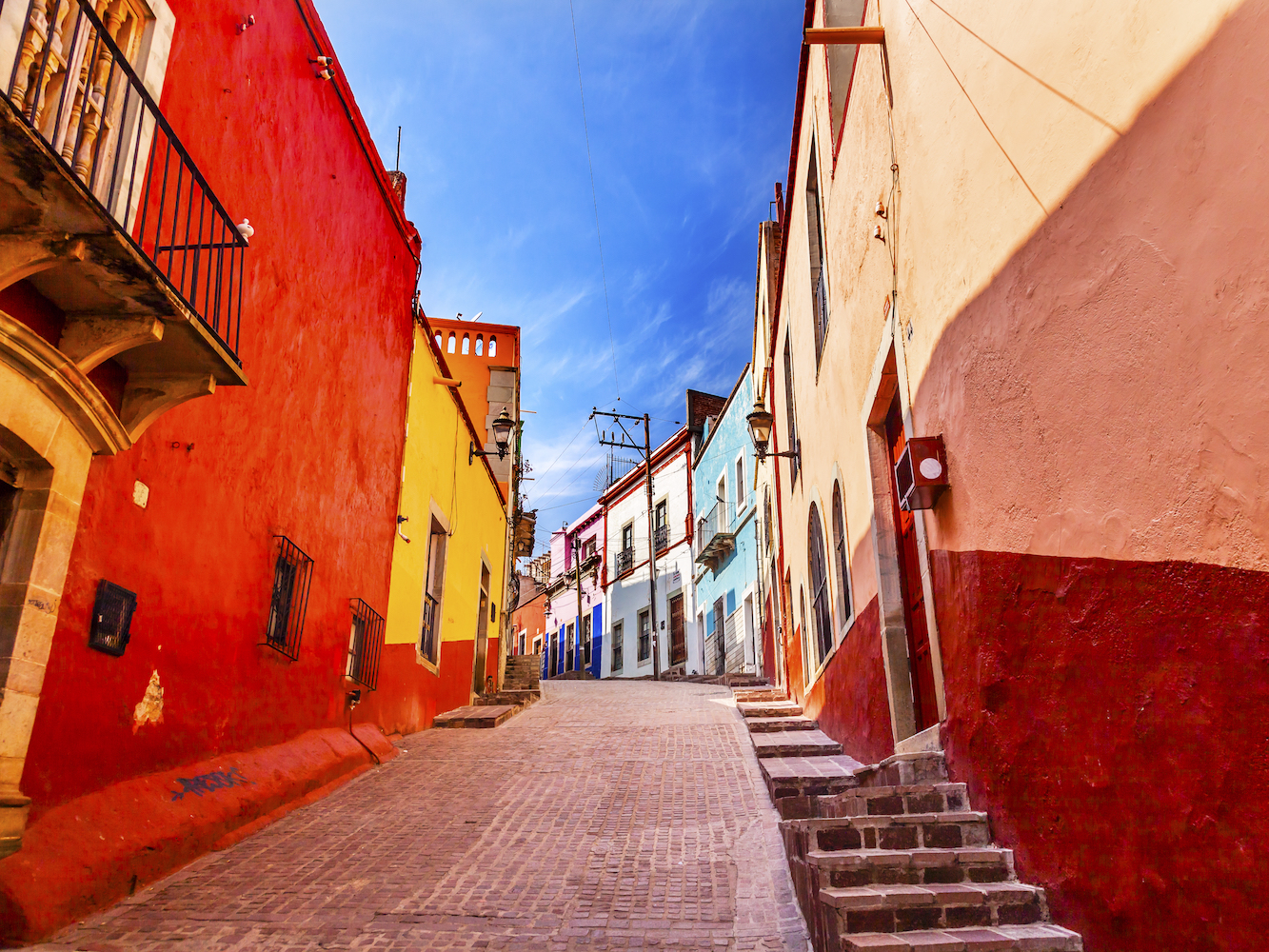 Bill Perry/ShutterstockThe colourful buildings in Guanajuato, Mexico, look they could be in Spain.

Guanajuato, Mexico, a UNESCO World Heritage Site, was founded by the Spanish in the early 16th century.

The city prospered as a silver extraction hub, a lucrative industry that allowed for the construction of elaborate Baroque and neoclassical buildings.

Distinguished for its ornate, Baroque churches, such as La Valenciana and La Compañía, Guanajuato’s colourful houses are just as eye-catching.

19 of the most beautiful campsites around the world

21 of the most ‘Instagrammable’ restaurants in the world