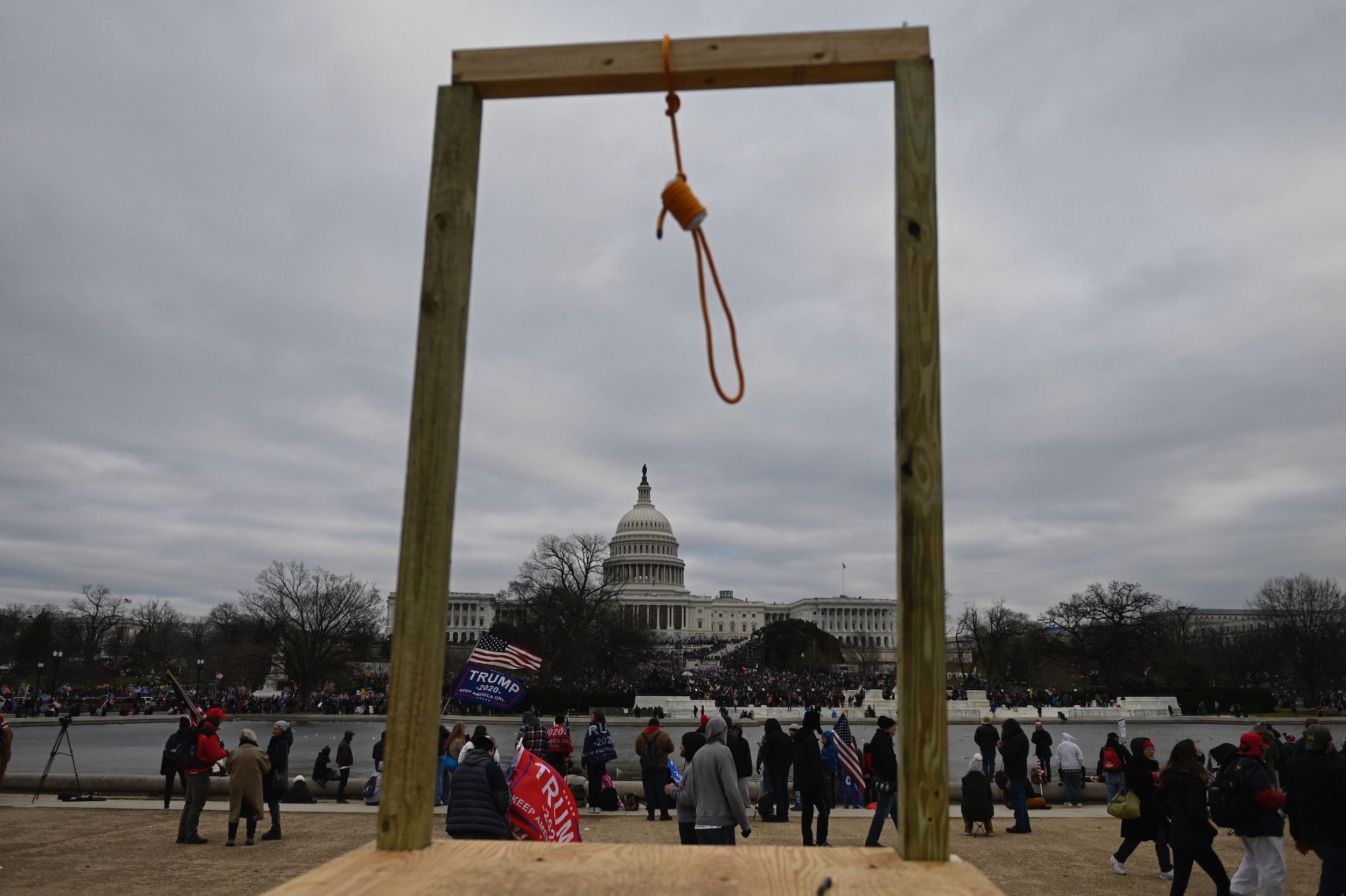 ANDREW CABALLERO-REYNOLDS/AFP via Getty ImagesA noose is seen while supporters of President Donald Trump gather on the West side of the Capitol in Washington, DC, on January 6, 2021.

The United States and much of the world watched in horror on Wednesday as a massive throng of pro-Trump rioters â€” some of whom were armed â€” breached the Capitol building in Washington, DC.

While ambulances and law enforcement officers rushed to a scene peppered with “Make America Great Again” hats and flags, Getty Images posted a photograph of a noose. In the image, the Capitol building can be seen in the distance while a noose hangs on a makeshift gallow. Someone draped in a MAGA flag even stopped to take a photograph.

Another picture, this one with the Washington Monument towering in the background, showed a protester clutching a mannequin with “traitor” written across its white T-shirt and a noose slung around its neck. 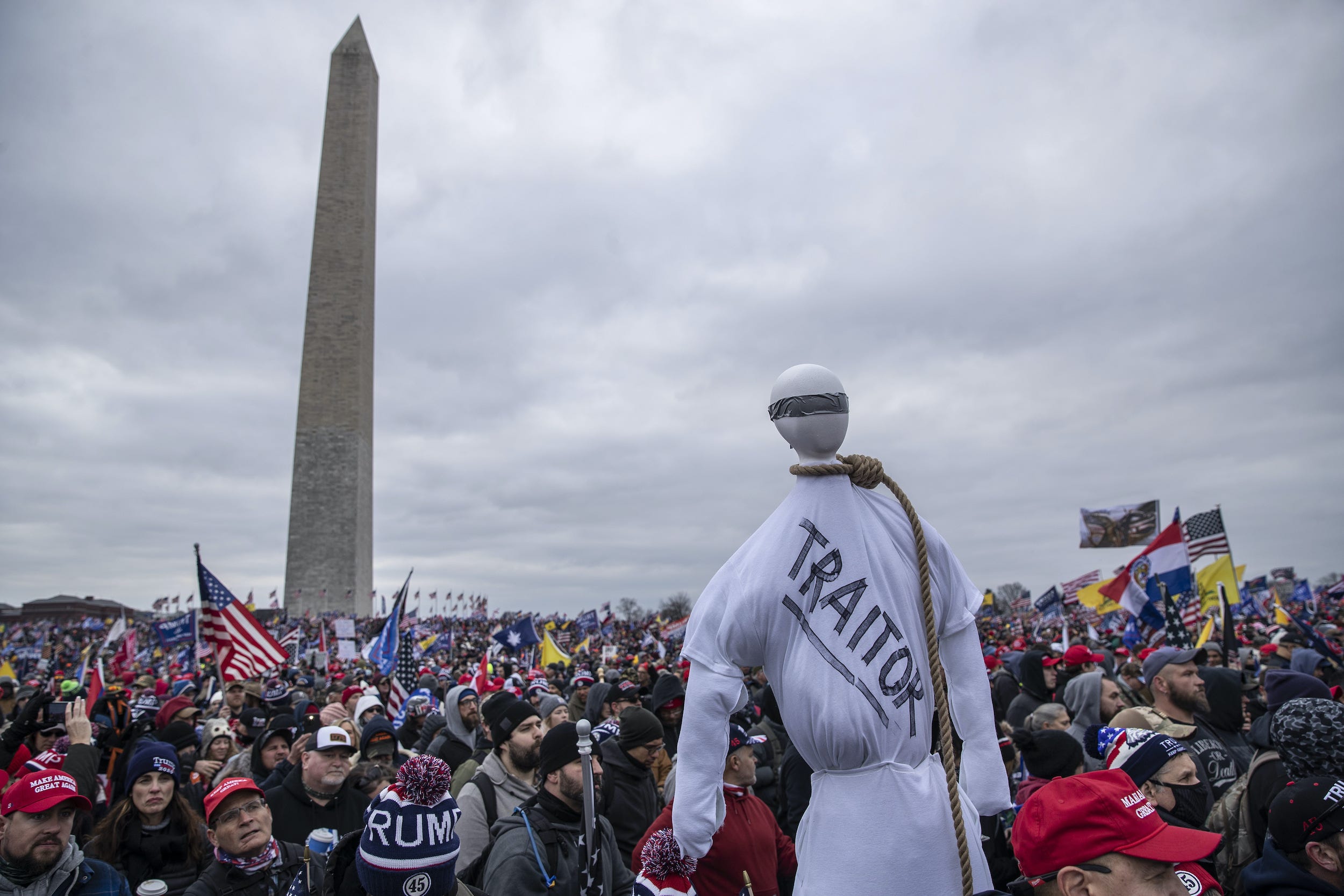 ictor J. Blue/Bloomberg via Getty ImagesA demonstrator holds a mannequin wearing a noose with ‘Traitor’ written on it during a protest at the Washington Monument in Washington, DC, on, Jan. 6, 2021.

Chaos erupted on Wednesday after President Donald Trump addressed his supporters and doubled down on unfounded claims of voter fraud. With two weeks to go before President-elect Joe Biden’s inauguration, Trump refuses to concede the election loss, instead taking turns disparaging Republicans who have deviated from his narrative and pressurizing his allies to help him overturn the result.

After the wide-ranging and grievance-filled speech, Trump returned to the White House, while his supporters marched to the Capitol where members of Congress were attending a joint session to count the Electoral College votes to certify Biden’s victory. More than a dozen senators planned to object to various state’s slates of electors and were accompanied by over 100 House lawmakers. But while they debated over Biden’s win in Arizona, rioters arrived on scene.

The building was evacuated and lawmakers, including Vice President Mike Pence, were rushed to safety. After that, the air was pierced with shouts, tear gas, and flash bangs, a woman was shot in the chest and died, law enforcement officers were injured, and insurrectionists broke into lawmakers’ offices and desks and stole memorabilia. Other footage from the tense scene showed an apparent standoff between armed protesters and Capitol police divided only by a door that was pierced with holes.

The melee sparked bipartisan censure and has been compared to an attempted coup. Still, Trump told his base, “We love you. You’re very special.”