I tasted 5 nonalcoholic spirits, and only the amaretto justified its price tag 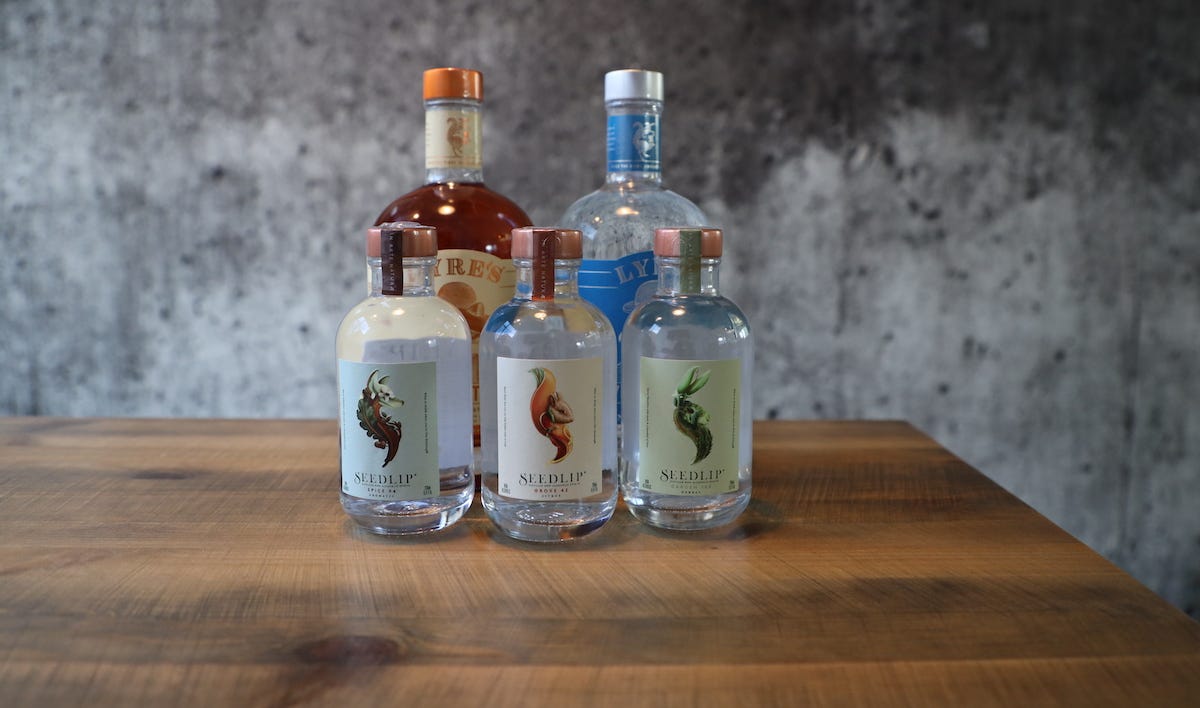 Emma Taylor/InsiderThe bottles are beautiful and would class up any drinks cabinet, regardless of what they taste like.

Being “sober curious” is a growing lifestyle movement across the global drinking scene as millennials are spending less on alcohol than their predecessors. So much so, the number of “dry bars” popping up in cities typically known for their booze-fuelled nights is starting to rise.

People are extending their “Dry January” ambitions well past the four-week challenge and are turning to brands like the artfully designed Seedlip to help fill the alcohol-free drink gap.

During Dry January this year, I taste tested nonalcoholic beers and wine-style drinks to see whether they could replicate the real thing – but I decided not to stop there.

Spirits are usually the most potent alcohol category, and typically the most expensive per bottle for a standard brand. I would be let down if I paid the same for a nonalcoholic drink as I would an alcoholic one and found it was a flop.

I tried five nonalcoholic spirits to see whether they were worth splurging on, and while I thought most of them weren’t worth the money, the boozless amaretto was a brilliantly convincing contender.

The bottles come with cocktail serving suggestions, but since I don’t pretend to be a mixologist, I stuck with a tonic-water mixer.

Our rigorous taste-test approach was slightly adapted for this experiment. 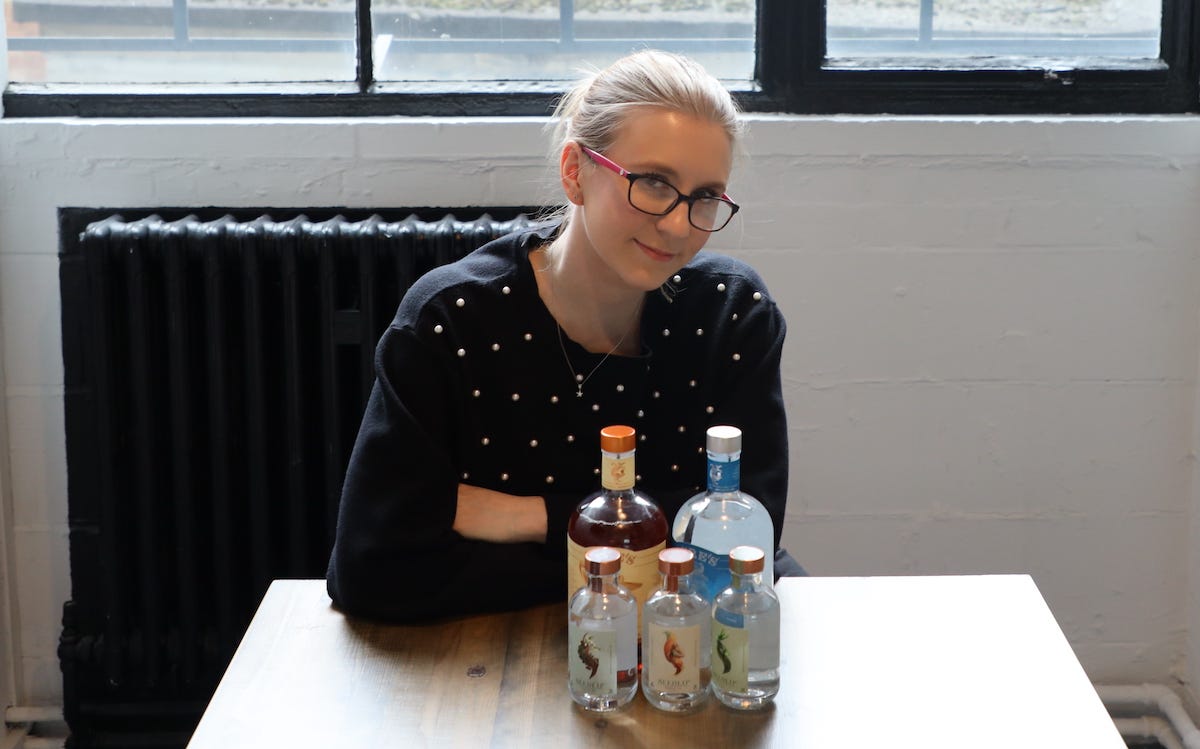 It was still done blind (apart from clearly knowing which one was the warm brown faux-amaretto) and numbered, but I tasted each one neat first for a full hit of flavours then added tonic water as a mixer where it was necessary.

With one exception, all of the spirits were clear and didn’t have any distinguishing visual markers. 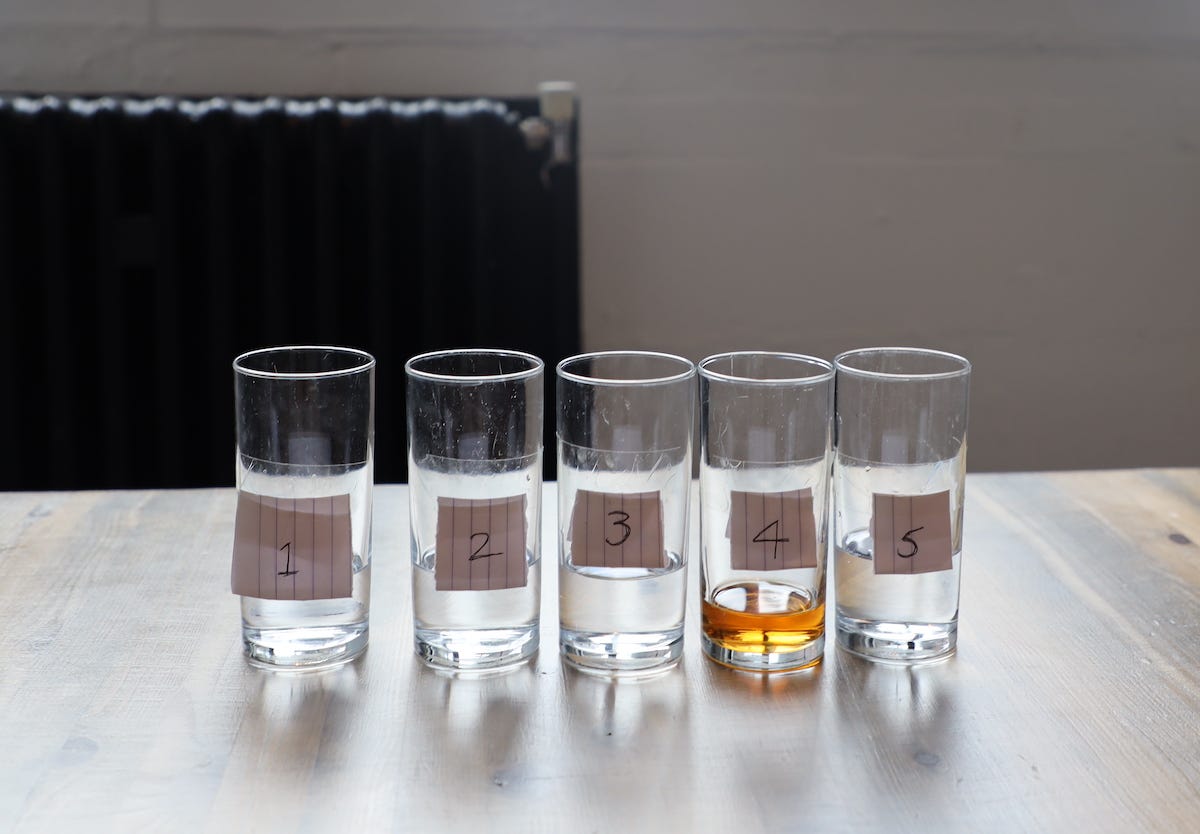 Kiara Keane/InsiderFour glasses of clear liquid aren’t the most photogenic of drinks.

There was also not much point in photographing each glass closely to see what the liquid consistency was like, as four of the five could pass as water.

5. SEEDLIP GARDEN 108: The smell for this nonalcoholic spirit was overwhelmingly woody and reminded me of a garden centre. 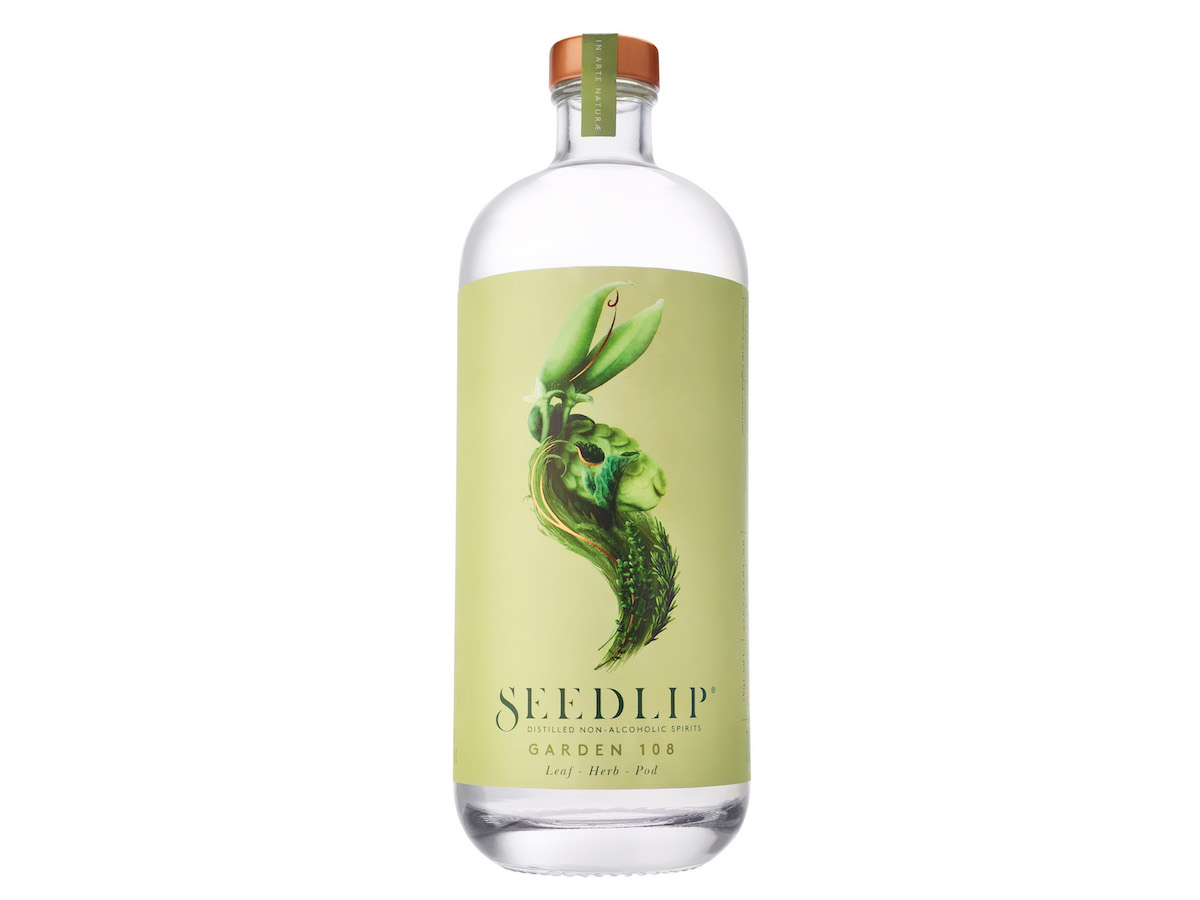 As you can see, the taste did not get better when tonic water was added. 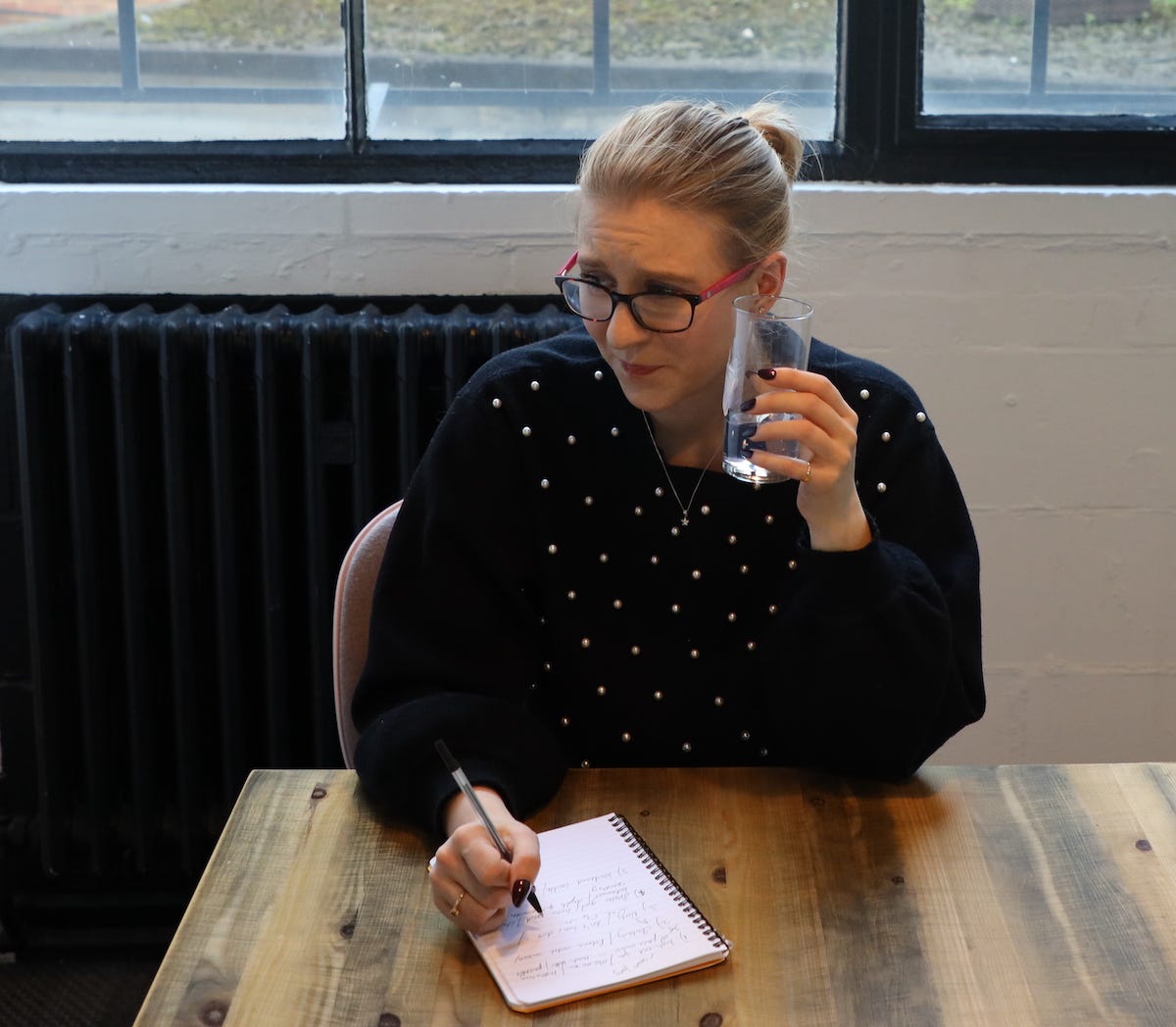 I know people who go nuts for this kind of morning-fresh-air taste, so this was down to my own preference. It’s for a grown-up palate for sure and might go down easier in a cocktail accompanied with other flavours. I did not dislike it, but I wouldn’t choose it. I certainly wouldn’t mistake it for a clear alcoholic spirit.

4. SEEDLIP GROVE 42: My immediate thoughts were “high-end spa” when I sniffed this drink. 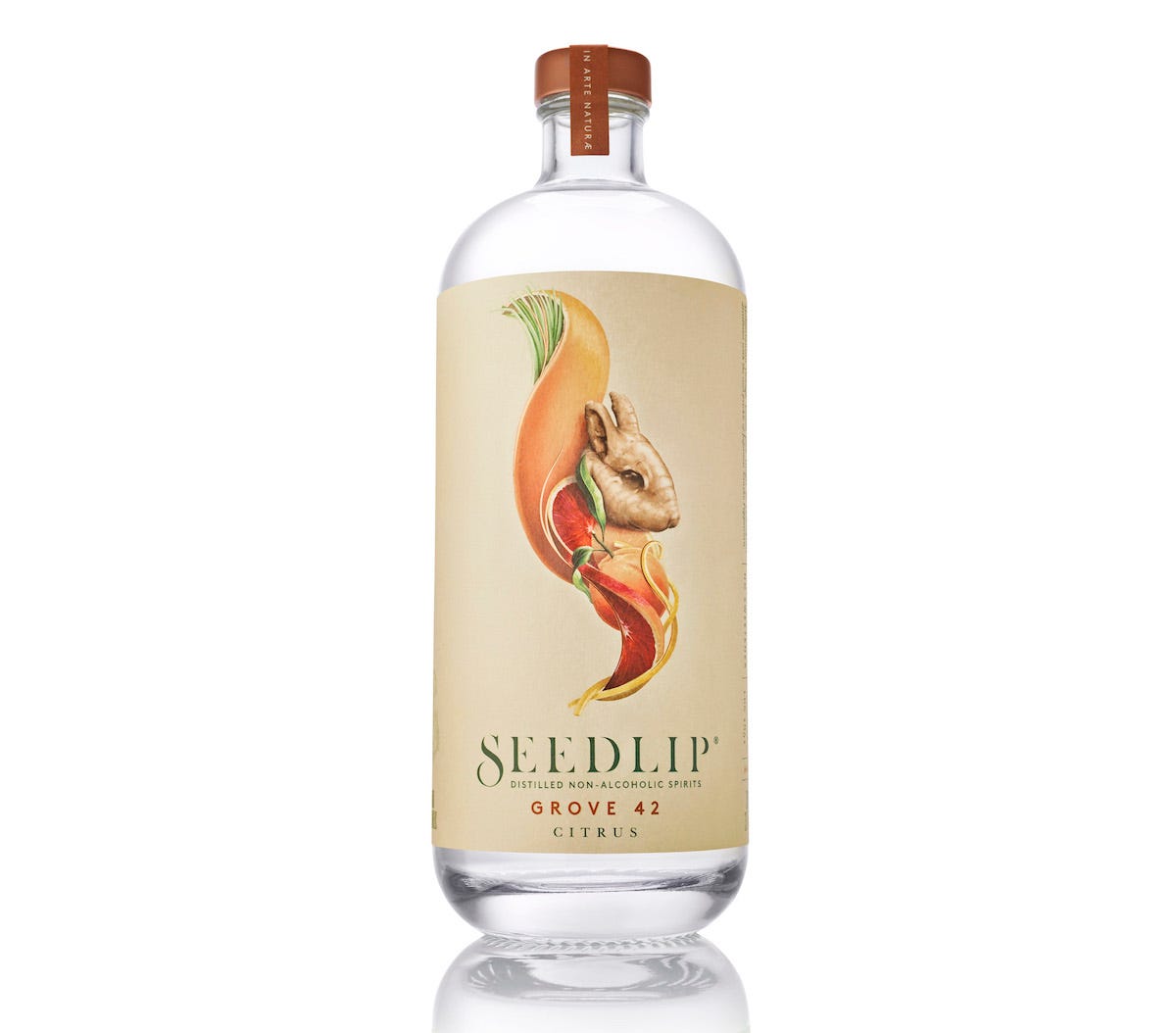 SeedlipThis is what a really good face mask smells like.

It smelled fancy and expensive. Drinking it neat was not great, but it tasted so much better with a standard tonic mixer.

This was a step up from the Garden nonalcoholic spirit flavour. 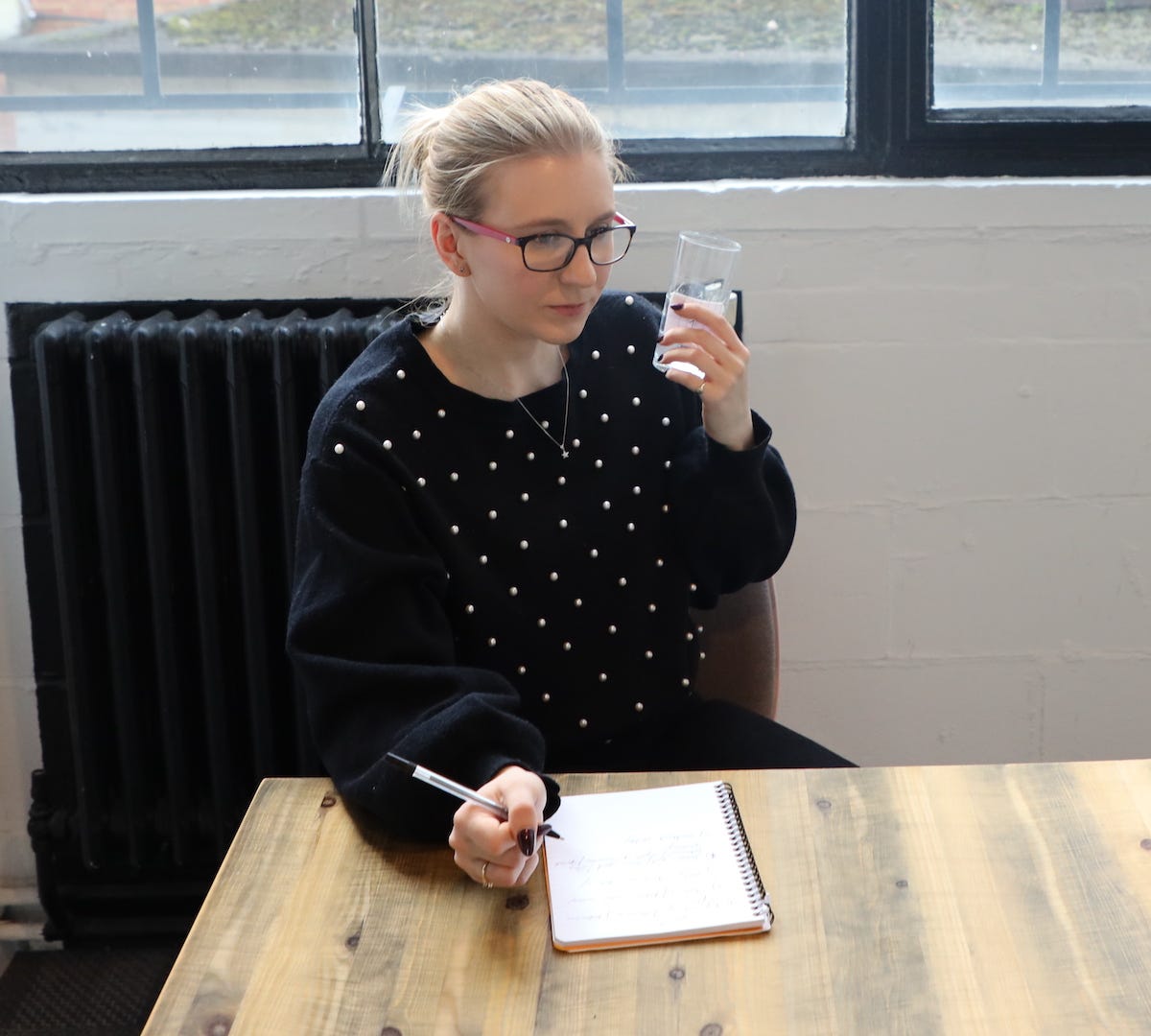 Kiara Keane/InsiderBetter, but not great in my opinion.

Same price and size option as the previous Seedlip choice, the larger bottle is $US30 (£26). I could see this working well as a longer drink, though, rather than a short and sharp hit.

3. LYRE’S DRY LONDON SPIRIT: This tasted sherberty and rang a bell in my sense memory of childhood sweets. 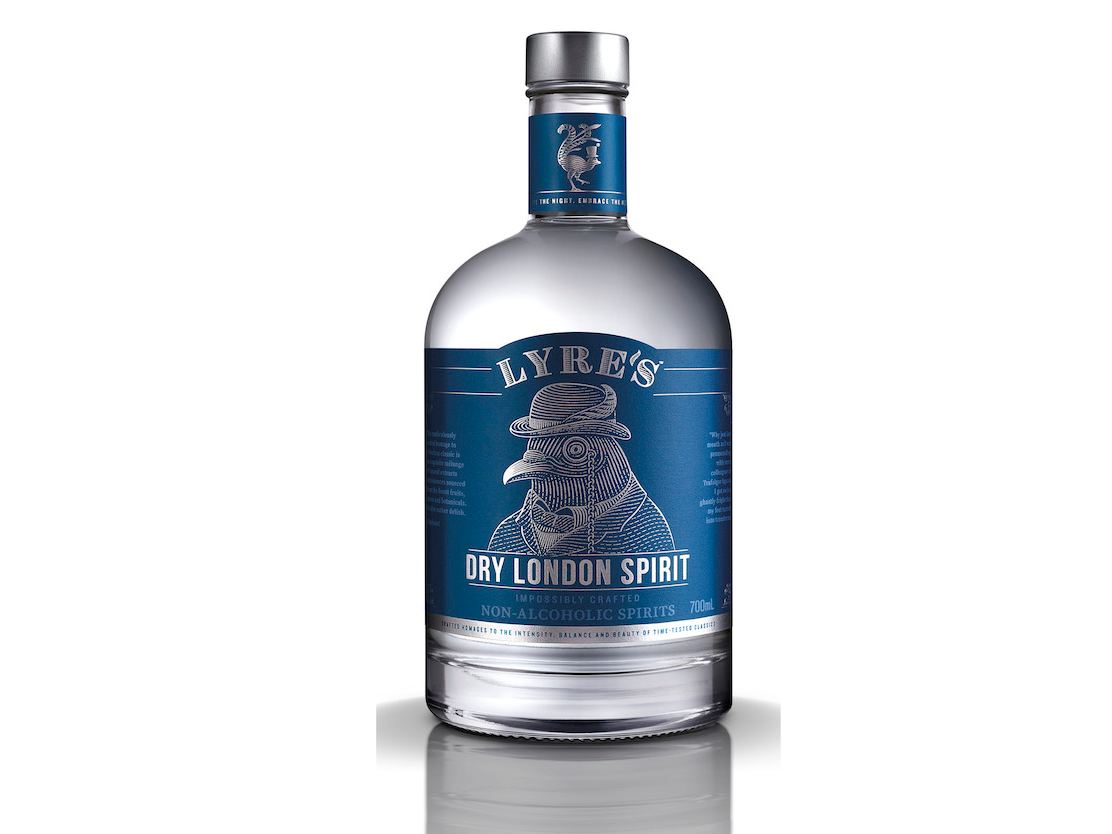 I kept sipping this one as it teased my mind about what it reminded me of. The more I drank it (neat) the more I liked it. When I added the fizzy mixer, I realised it reminded me of parma violet sweets, but a less chalky version.

I’m a self-confessed sweetaholic, so prefer something that veers toward the sicklier end of the scale compared with botanical flavours. 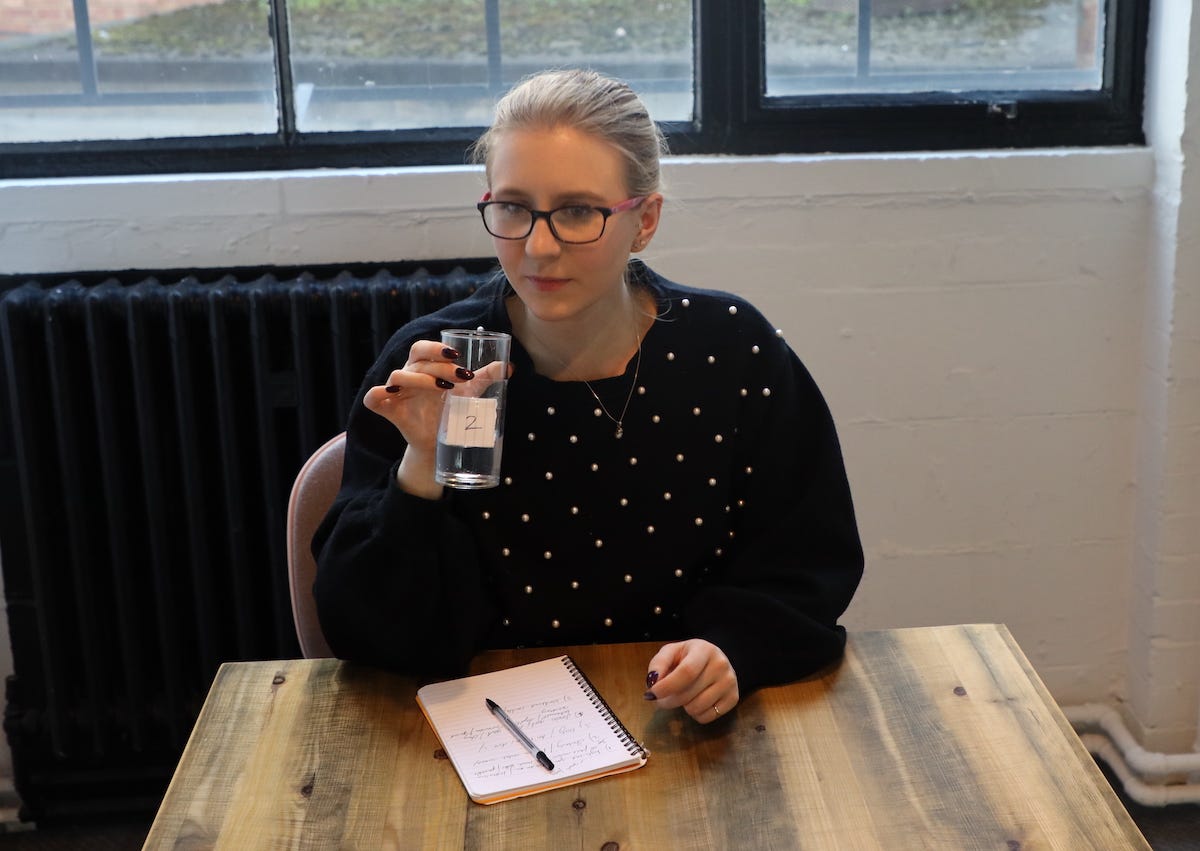 Kiara Keane/InsiderThe Lyre’s Dry London Spirit is not a dupe for an actual G&T.

A 23.6 fl oz bottle from BevMo for $US35.99 (£20.95) is considerably lighter on the wallet than Seedlip, but looking at the ingredients label, this drink is basically all sugar and water (not that that’s a bad thing for taste). Being a “Dry London Spirit,” I was hoping it would taste more like a gin and tonic. Sadly it did not; however, it’s still delicious.

4. SEEDLIP SPICE 94: My favourite of the Seedlips was smokier in flavour than the others. 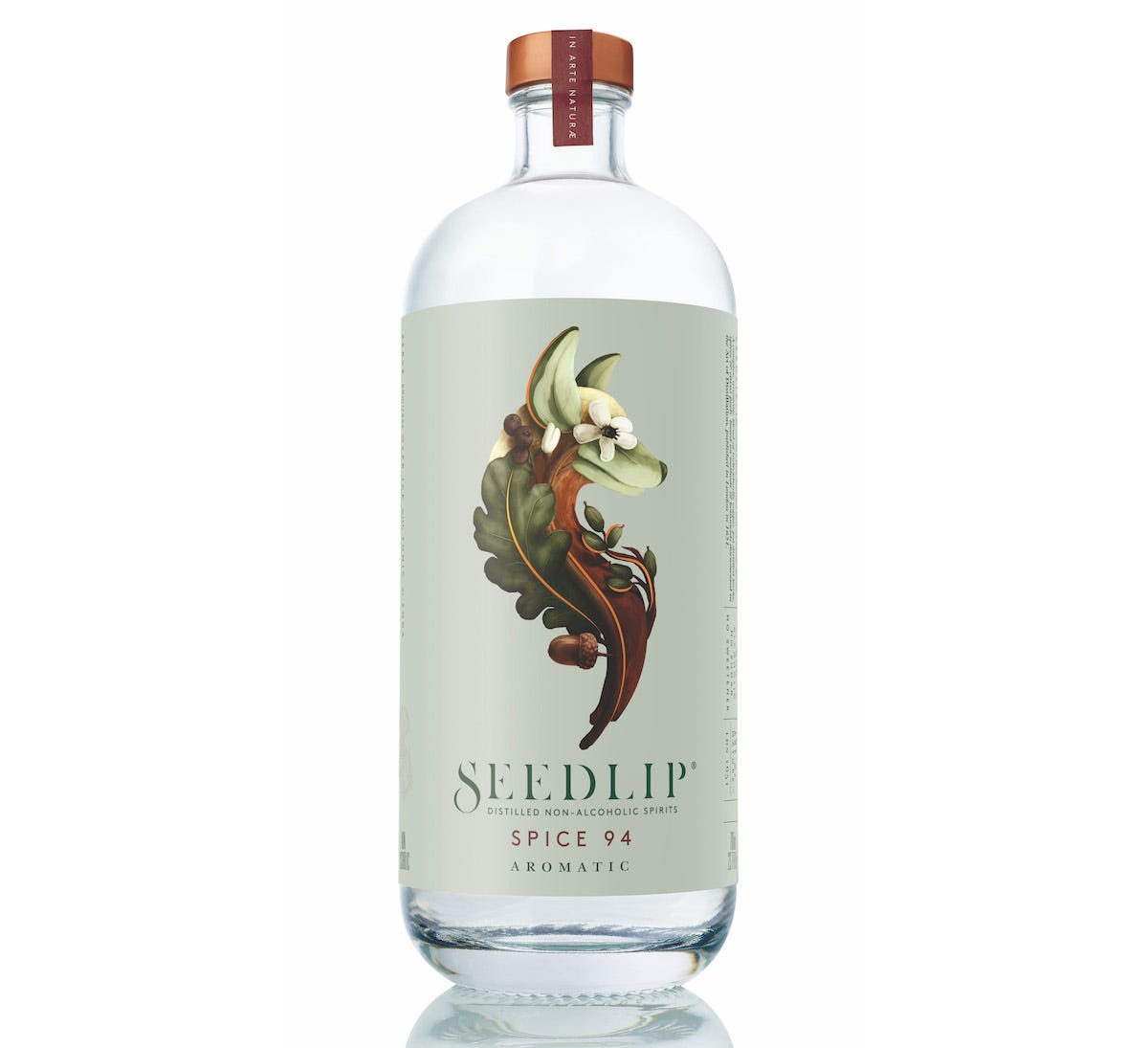 SeedlipAs much as I liked it, I’m not sure I would pay $US30 for a bottle.

It still channeled an earthy tone but was more woodland-candle smell than straight-up shrubbery. Again at $US30 (£26) a pop, these nonalcoholic spirits do not come cheap. It’s basically like paying for a bottle of spirit but without the bottled buzz.

I appreciate the art, science, time, and care that has gone into the Seedlip nonalcoholic spirits. 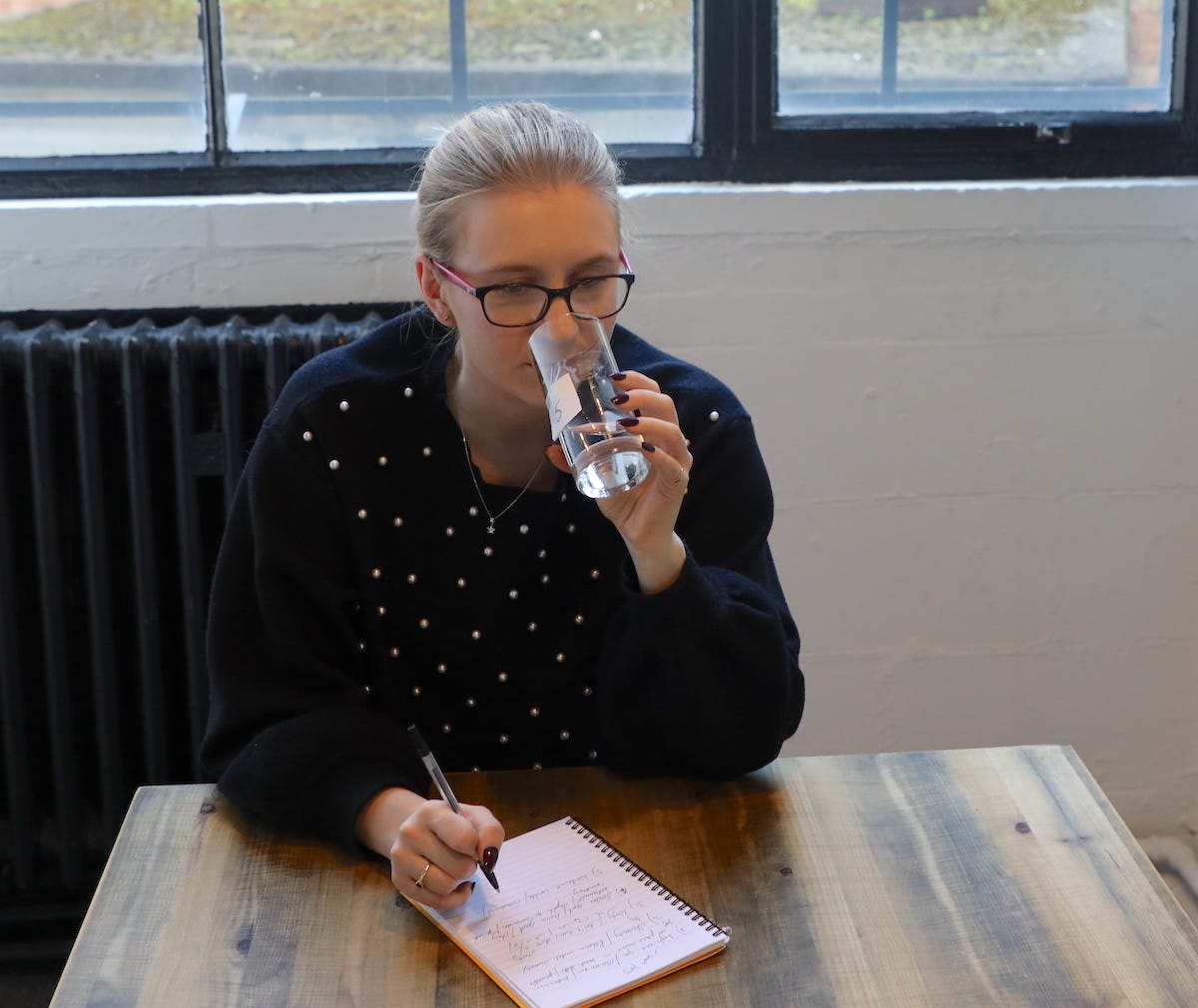 Kiara Keane/InsiderThis is the best of the Seedlip bunch.

I understand that all of those things cost money, but I just couldn’t bring myself to pay the same amount I would for a bottle of the harder stuff. That said, I might be persuaded to treat myself to a nonalcoholic cocktail with this drink at a bar if I weren’t on the booze.

1. LYRE’S AMARETTI: For me, this nonalcoholic spirit bore the closest resemblance to its alcoholic counterpart. It smelled of sweet almond pastries (cherry bakewells, specifically) but without the note of alcohol that sometimes catches through the saccharine scent. Taste-wise, I was surprisingly blown away by how close the Lyre’s version presented to the alcoholic amaretto I know and love to put in my hip flask.

I really enjoyed the sugary hit followed by the warmer glow that balanced out the sweetness. 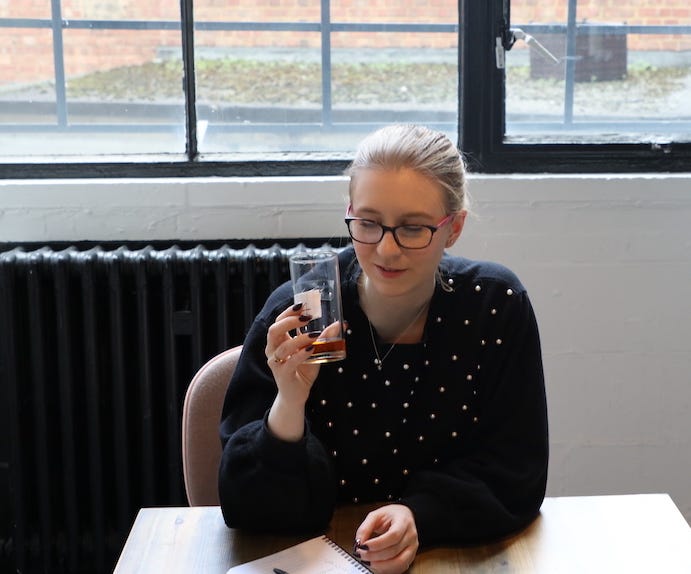 Kiara Keane/InsiderMuch like an amaretto, this drink is sweet and warm at the same time. 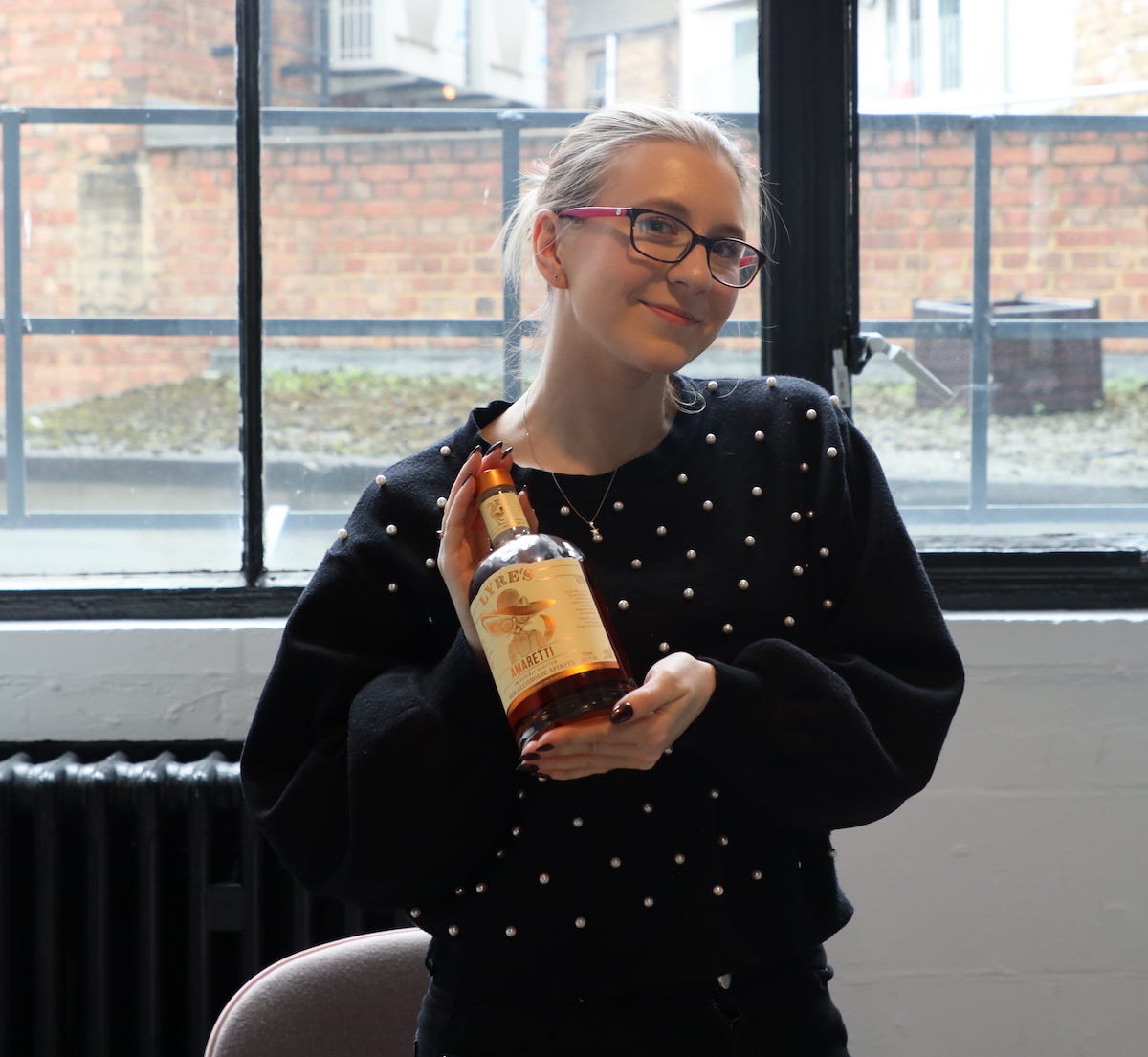 None of the nonalcoholic spirits were undrinkable, and so this taste test purely came down to personal preference and what I feel is an affordable price.

In my book, a nonalcoholic spirit would have to be pretty special to fork out the same for something with an added buzz, and overall I don’t think they are worth the dollar.

But if you’re not drinking alcohol and enjoy the taste of amaretto, do yourself a favour and pick up a bottle or two.