The true story of Empire, Nevada, the tiny desert town from 'Nomadland' that shut down in 2011, forcing all of its residents out 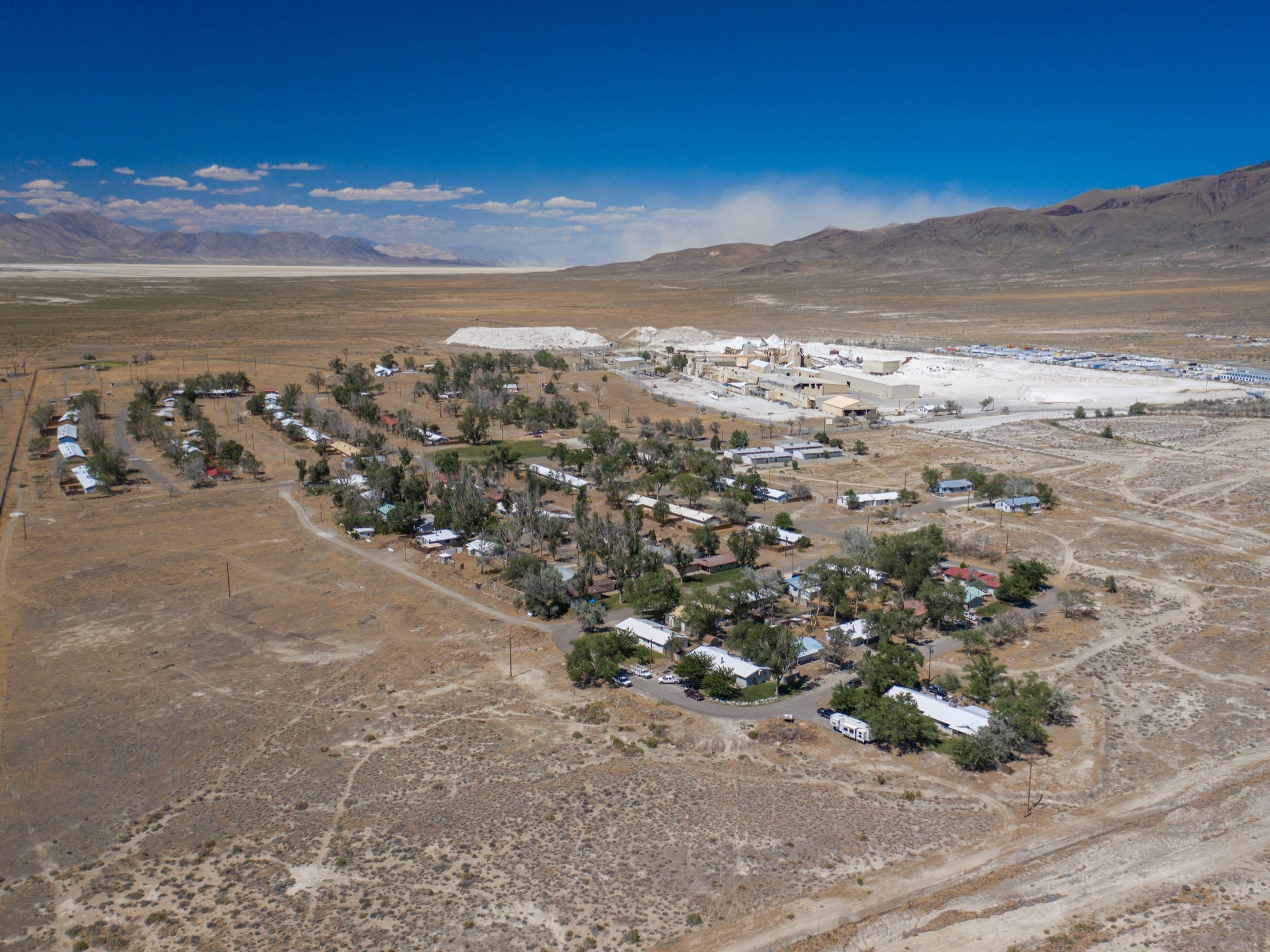 AlamyThe town of Empire, Nevada – a filming location for ‘Nomadland’ – shut down in 2011 and was abandoned for years.

Up until recently, the tiny desert mining town of Empire, Nevada, was a blip off Route 447 in the middle of nowhere south of Black Rock Desert.

Now, thanks to Academy Award best picture nominee “Nomadland,” the area has come into the spotlight.

In “Nomadland,” Empire is the hometown of Fern, the film’s protagonist played by Frances McDormand. When the Empire mine closes down, Fern loses everything and decides to move into a van.

Here’s how Empire, Nevada, went from a company town to a ghost town – and back again – in the space of just 10 years.

Empire shut down in 2011 due to the recession, forcing its residents out

Owned by US Gypsum Corporation, Empire had more than 800 residents at its height, according to the Reno-Gazette Journal, and its facilities included a nine-hole golf course, tennis court, and an Olympic-sized pool.

“We worked and we played together,” former plant manager Lonnie Dyck told NPR.

Then, the Great Recession hit.

In January 2011, USG closed down the mine due to reduced demand for sheetrock, CNBC reported. The company installed a chain-link fence around the perimeter of the town, and its roughly 300 residents were told to pack up and leave.

Over the next five years, Empire became a ghost town.

Weeds grew rampant, and two llamas were brought in to keep the grass in check, according to the Reno-Gazette Journal.

The town’s fate changed when another mining company purchased it

When mining executive David Hornsby first visited Empire in 2015 to scope out the possibility of revitalizing it, he was taken aback by the state of the buildings.

“It was kind of like a bomb went off over there,” he told Insider. “You’d go into some of the old offices, and they’re kind of creepy because there’s still half-full cups of coffee. The calendar is set to January 2011, and there are old phones with the flashing lights saying there’s a message.”

One year later, he purchased the town from USG for $11.38 million. In May 2016, Hornsby moved to the town with his first six employees of the newly minted Empire Mining Company. 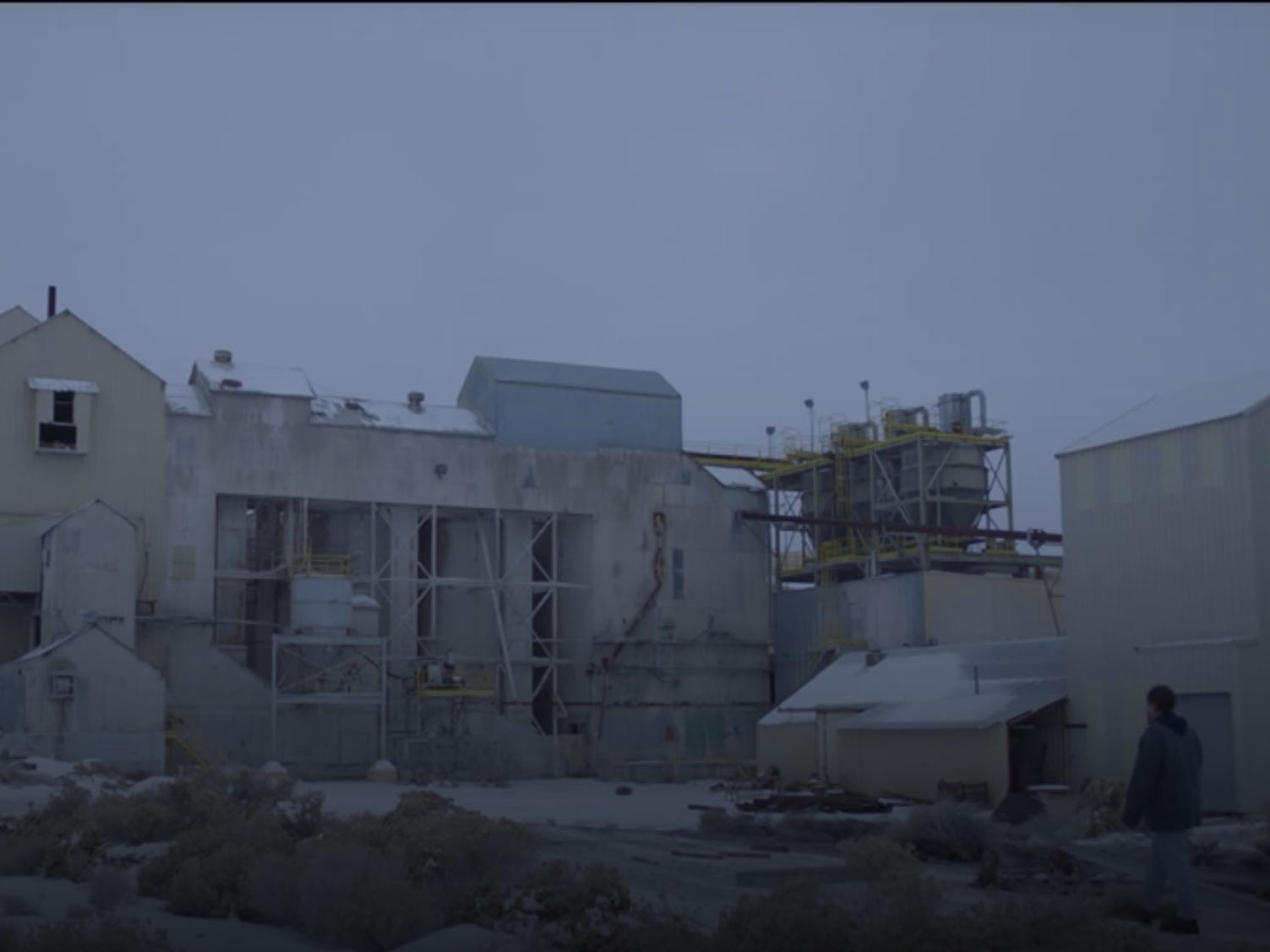 Brandy Wilber, who moved to Empire in July 2016 to join her husband, had a similar first memory of the town.

“It just felt like the end of the world had happened,” she said, speaking of the atmosphere in the mostly empty town. 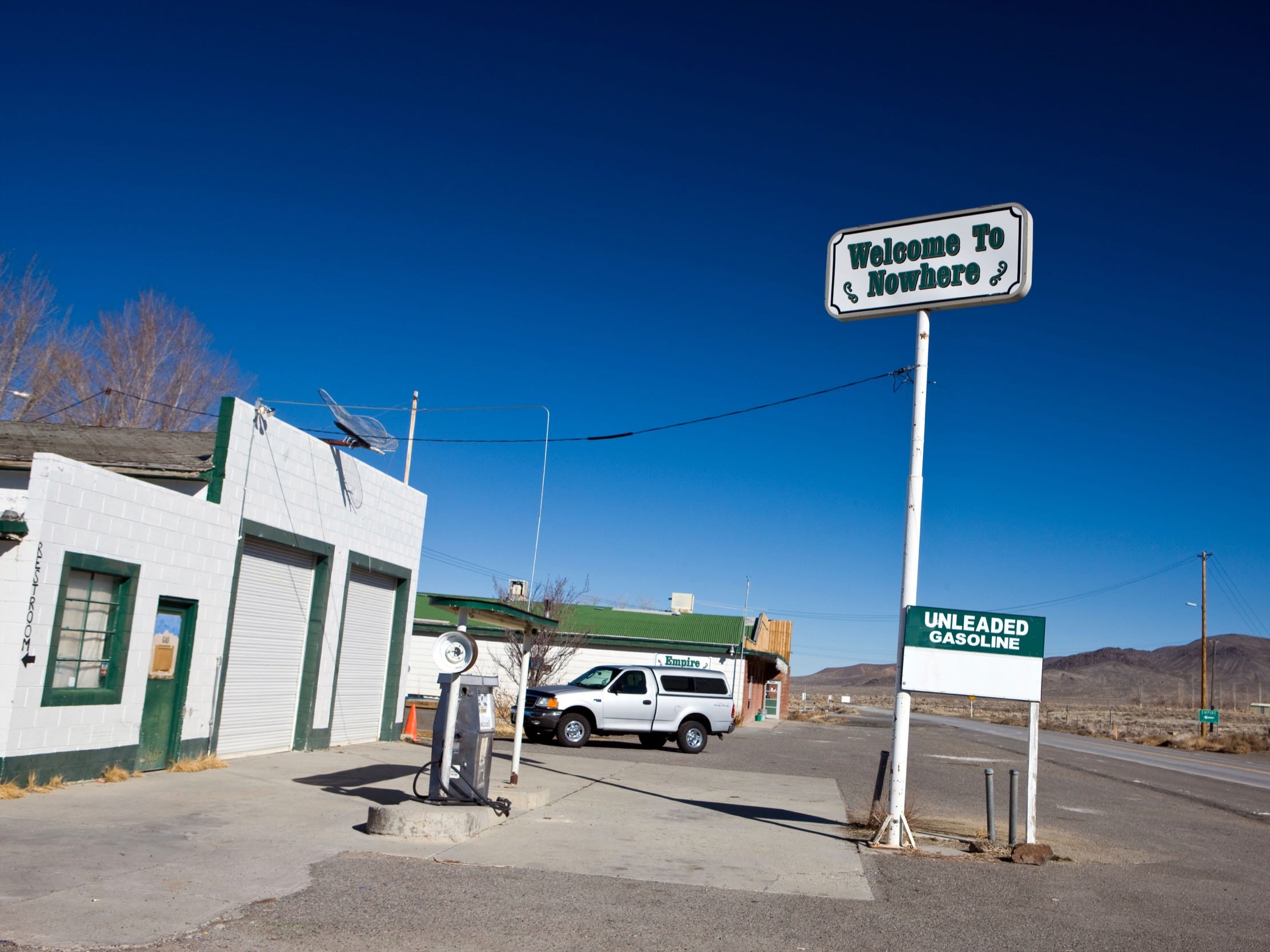 Sixty-five people now live in Empire, Wilber estimates, and the Empire Mining Company has renovated around 30 buildings including homes, a general store, a gas station, a community center, and offices, Hornsby told Insider.

The mine is located six miles down the road from the town.

While the company plans to continue renovating properties in the area, there are certain buildings it has written off because they’re either too expensive to maintain or don’t fit the needs of the community, Wilber said.

For instance, the company filled in the swimming pool, and no one maintains the golf course. 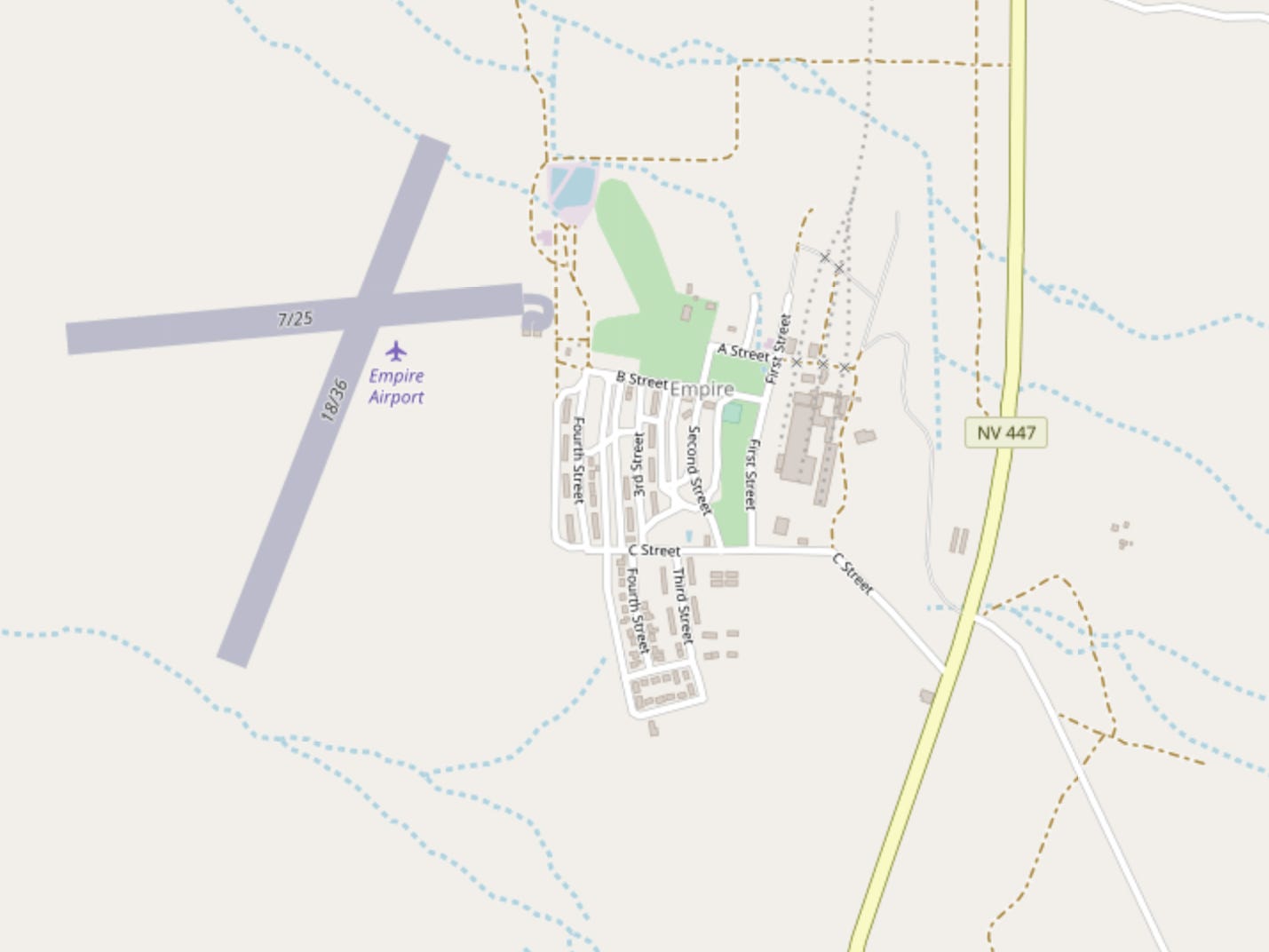 While Empire’s remoteness can be challenging, residents love its sense of community

Wilber, who runs the town store, says that passersby are often surprised to learn that people live in Empire.

The remoteness can be hard on Wilber when it comes to planning doctor visits and groceries, she said. But a tradeoff is the strong sense of community.

“My neighbors across the street from me, they might as well be my family,” she told Insider. “The only thing missing between them and us is blood.”

The llamas have become part of the community, too, Wilber said. She nicknamed them Moe and Joe and feeds them regularly, she said. 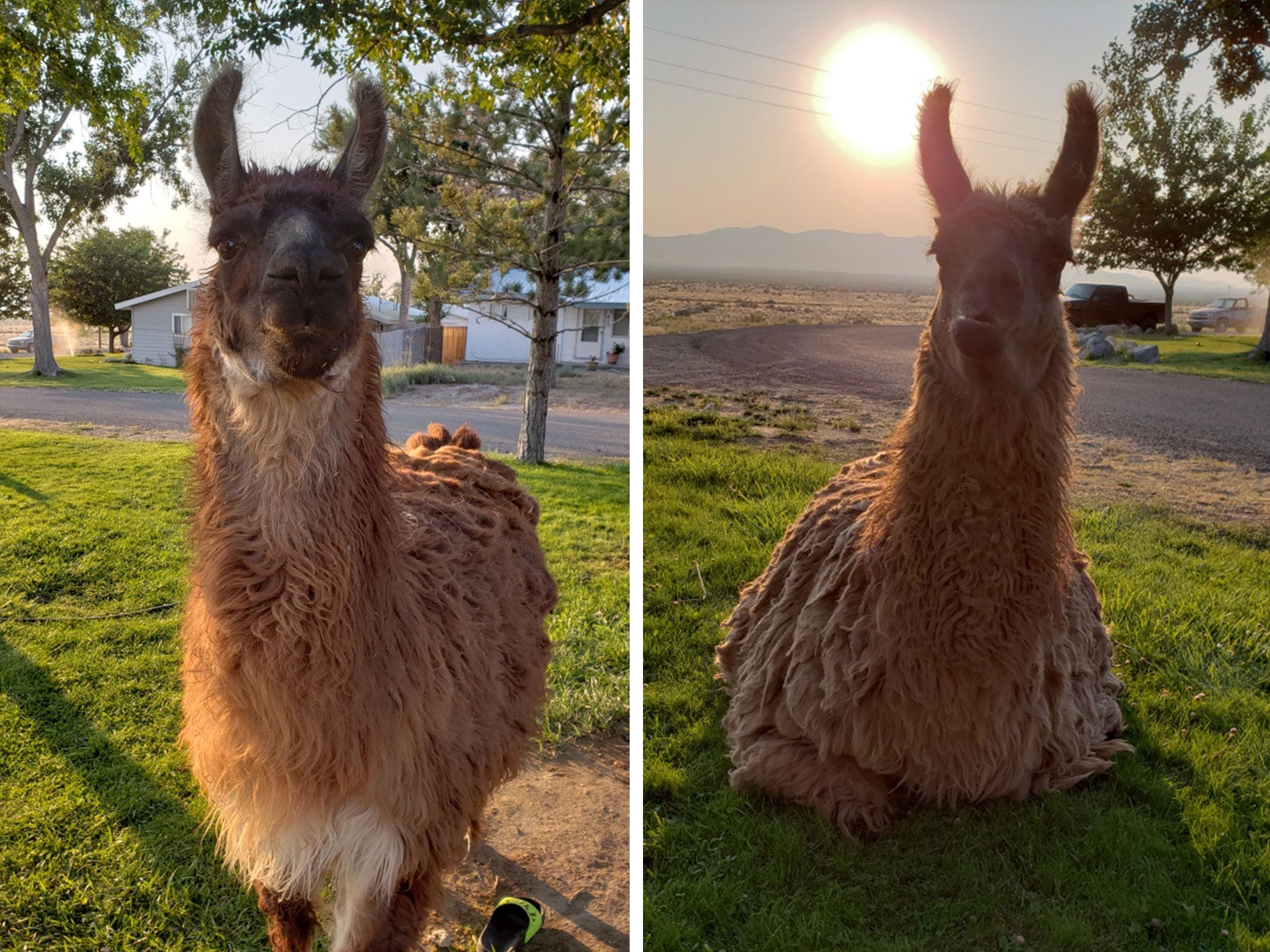 Wilber never imagined that she would be running a store in the middle of the Nevada desert in a company town, she said – but she wouldn’t have it any other way.

Empire is also an outdoorsman’s paradise

The area around Empire is recognized as one of the darkest skies in the contiguous US due to lack of light pollution, according to the International Dark-Sky Association.

Wilber, who enjoys camping with her family on weekends, says “the night sky is like one you’ll never see.”

There are hundreds of thousands of ATV trails nearby, Hornsby told Insider.

“Most people up there have four-wheelers or side-by-sides,” he said.

Hornsby often packs a picnic and takes his side-by-side out for 24km rides with colleagues.

“This is freedom really,” he said, speaking of the wide-open space in the town.

“There aren’t a lot of rules, there’s not a lot of everything,” he said. “You’re just kind of on your own.”