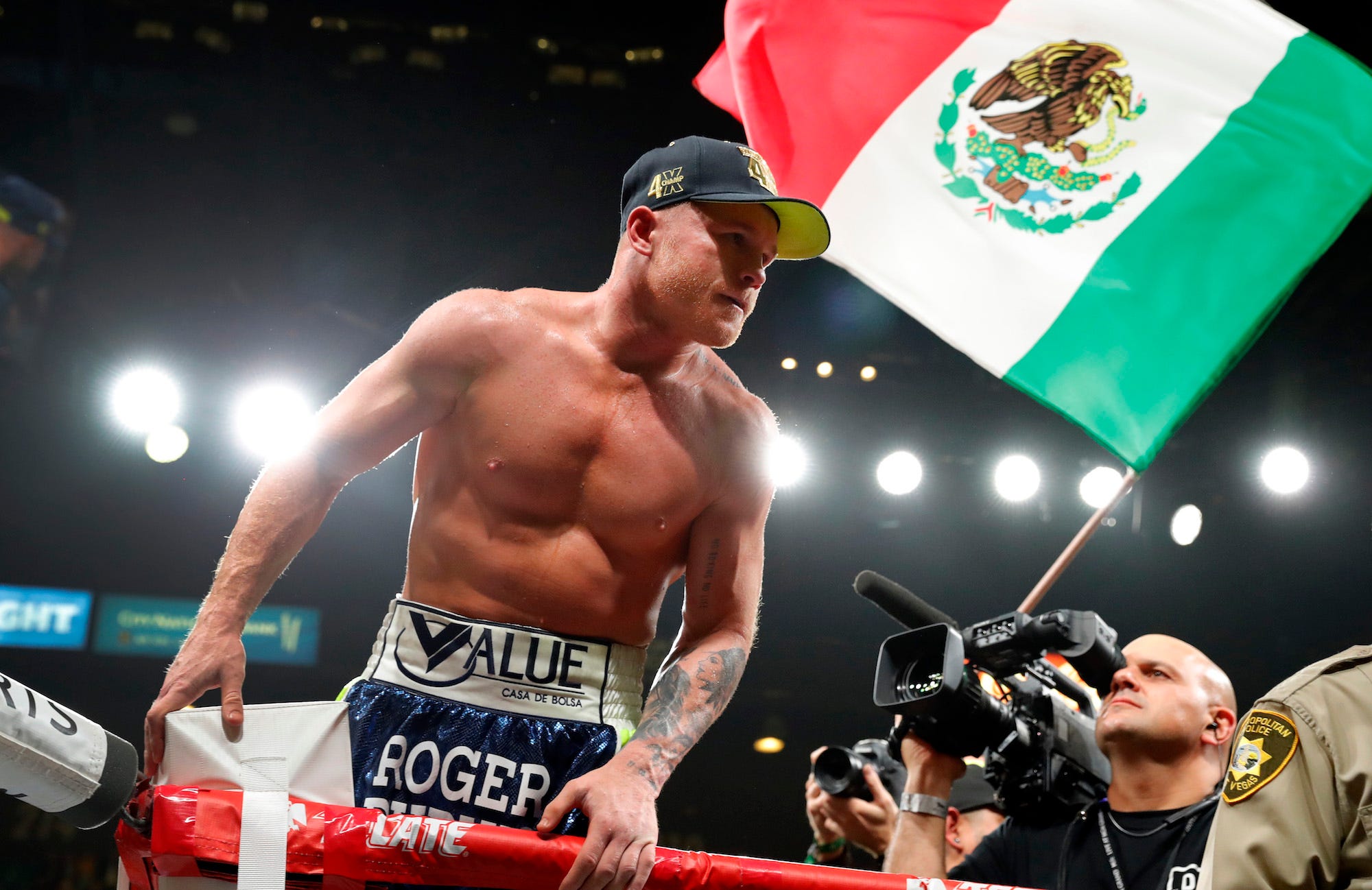 Alvarez is set to return to boxing at the T-Mobile Arena in Las Vegas on Saturday May 2, following his emphatic destruction of the experienced light heavyweight champion Sergey Kovalev in November last year.

Alvarez won the Russian’s world title then vacated it weeks later to focus on fighting at the 168-pound super middleweight limit.

Alvarez, who is Business Insider’s pound-for-pound No.1 boxer, is trying to find super middleweight opponents ahead of his summer showdown on the weekend closest to the Mexican holiday of Cinco de Mayo – a lucrative combat sports date in the boxing calendar.

He has sent fight contracts to Saunders and fellow Brit Callum Smith. IBF super middleweight champion Caleb Plant has also hinted that he may have received an offer from Alvarez.

However, Sky Sports reported on February 14 that Matchroom Sport Managing Director Eddie Hearn, who represents Saunders and Smith, rejected the deals as they were not financially enticing enough for his clients.

Plant, meanwhile, did not like the timeframe as he had only just fought on February 15, and Alvarez wanted to fight in 10 weeks’ time, according to Fight Hub TV.

The former four-weight world champion Garcia, who competes for the first time on a Hearn-promoted DAZN show on February 29 in Texas, told Business Insider that Saunders is a great match-up for Alvarez.

“I have seen Saunders and he’s a terrific fighter,” Garcia said. “His boxing ability, skills, and defence make him one to watch. He’s also got great reflexes. We want to see the best fight the best.” Responding to a recent rumour on Twitter that Alvarez and Saunders was already an agreed bout and that there would be an announcement forthcoming, Hearn tweeted on February 17 that nothing is done “as of yet.”

Regardless, ‘Canelo’ is unbeatable at super middleweight, Garcia says

Even though Alvarez, at 29 years old, has 53 wins and 36 KOs in 56 fights, with only one loss and two draws, he continues to learn and improve all the time, Garcia said.

Alvarez was Business Insider’s second-best fighter of the year in combat sports in 2019, behind only Israel Adesanya, the “modern day Shinobi ninja” who is setting the UFC ablaze with highlight-reel kickboxing.

Garcia said that while super middleweight still has good names for Alvarez to claim as wins on his record, he won’t be at risk of losing until he fights at 175-pounds again.

He added that the light heavyweight division is the only place Alvarez will find someone with enough strength and body mass that could offset his own ability.

So, if the undefeated Saunders were to fight Alvarez, he would have the toughest night of his career as Garcia is “convinced he [Alvarez] is the best fighter in the world” right now.

English travellers like Tyson Fury and Billy Joe Saunders are taking over boxing, but fight nothing like Brad Pitt’s character in ‘Snatch’