FS/AdMedia/MediaPunch/IPXNoah Centineo’s breakout role was in Netflix’s ‘To All the Boys I’ve Loved Before.’

Noah Centineo’s role as Peter Kavinsky in “To All the Boys I’ve Loved Before” turned him into the internet’s new crush.

Even though the actor has gained a lot more attention and followers since the movie was released in 2018, he’s not a newcomer to Hollywood. You might have seen him on Freeform’s “The Fosters,” or Disney Channel shows like “Austin and Ally” and “Shake It Up.”

Centineo is also set to play He-Man in a live-action reboot of the iconic ’80s cartoon. In addition, he starred in Netflix’s “Sierra Burgess Is a Loser” and “The Perfect Date.” He reprised his role as Peter for the “TATB” sequel that was released in February.

Here are seven things to know about Centineo.

1. He started acting when he was 8 years old, after being dragged along to accompany his sister to an audition. 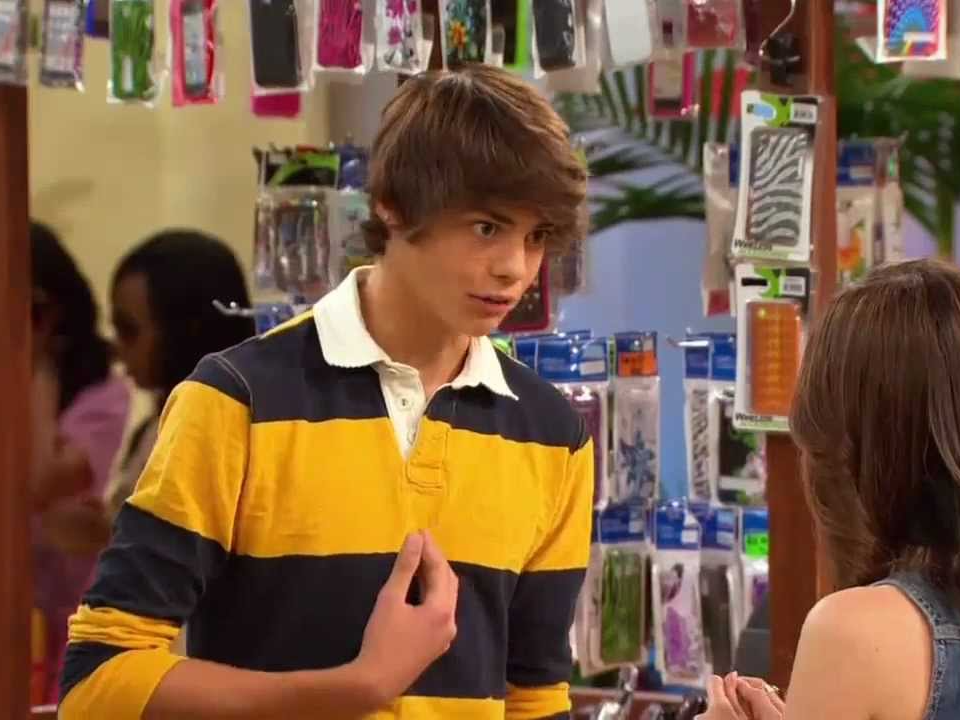 When Centineo was 8 years old and living in South Florida, his sister developed an interest in modelling. He then reluctantly accompanied her to an open agency audition.

‘Me, being 8 years old, I didn’t give a s—,” he told Pop-Culturalist. “I wanted to play professional soccer, I really liked playing drums, and I was into acrobatics, so I wasn’t into it, but they [his parents] forced me to go with her, because they said, ‘You have to be a supportive brother and that’s what we do as family – support each other.'”

After someone there approached Centineo about auditioning, he started taking classes, going out for roles, and getting signed to agencies. He later travelled to Los Angeles, went on approximately 40 auditions, and “booked three out of four jobs” (including a role as Dallas on Disney Channel’s “Austin and Ally“).

2. When he’s not working, he likes hiking, meditation, reading, and playing the guitar. 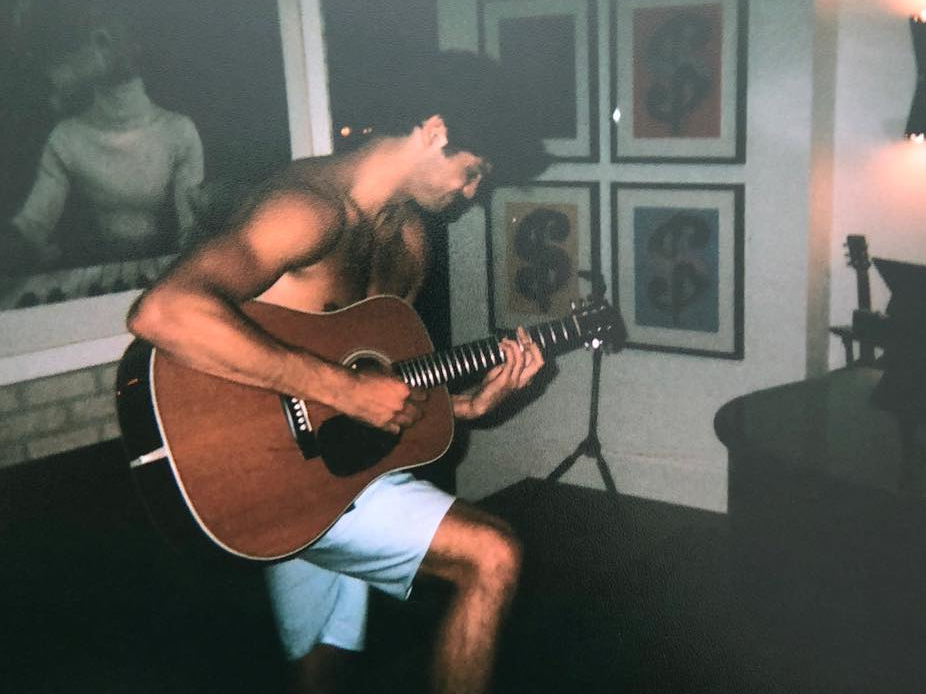 Even though he’s often on social media sharing photos, videos, or tweets, Centineo enjoys physical activities to avoid getting glued to technology.

3. He was Camila Cabello’s love interest in her music video for “Havana.” 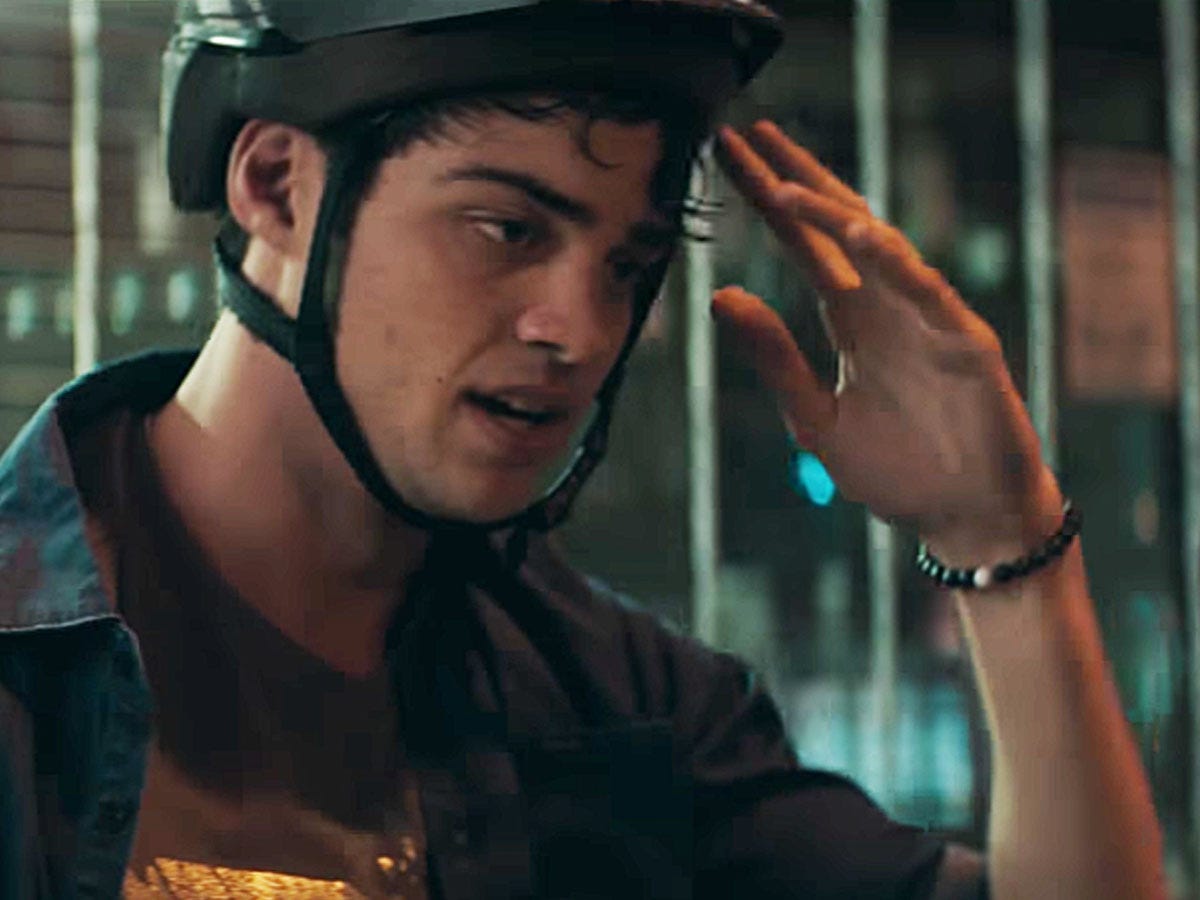 Centineo didn’t show up until nearly the end of the video. As Cabello’s character exited a movie theatre, Centineo fell over on his bike right in front of her. The pair then started dancing once she helped him get back on his feet.

During an appearance on MTV’s “TRL,” Centineo explained that his manager called him one day asking if he was interested in being part of the music video. He immediately agreed and called Cabello the “kindest, most vibrant” person.

4. He thinks that Mark Ruffalo is his doppelganger, and says “13 Going on 30” is his favourite rom-com. 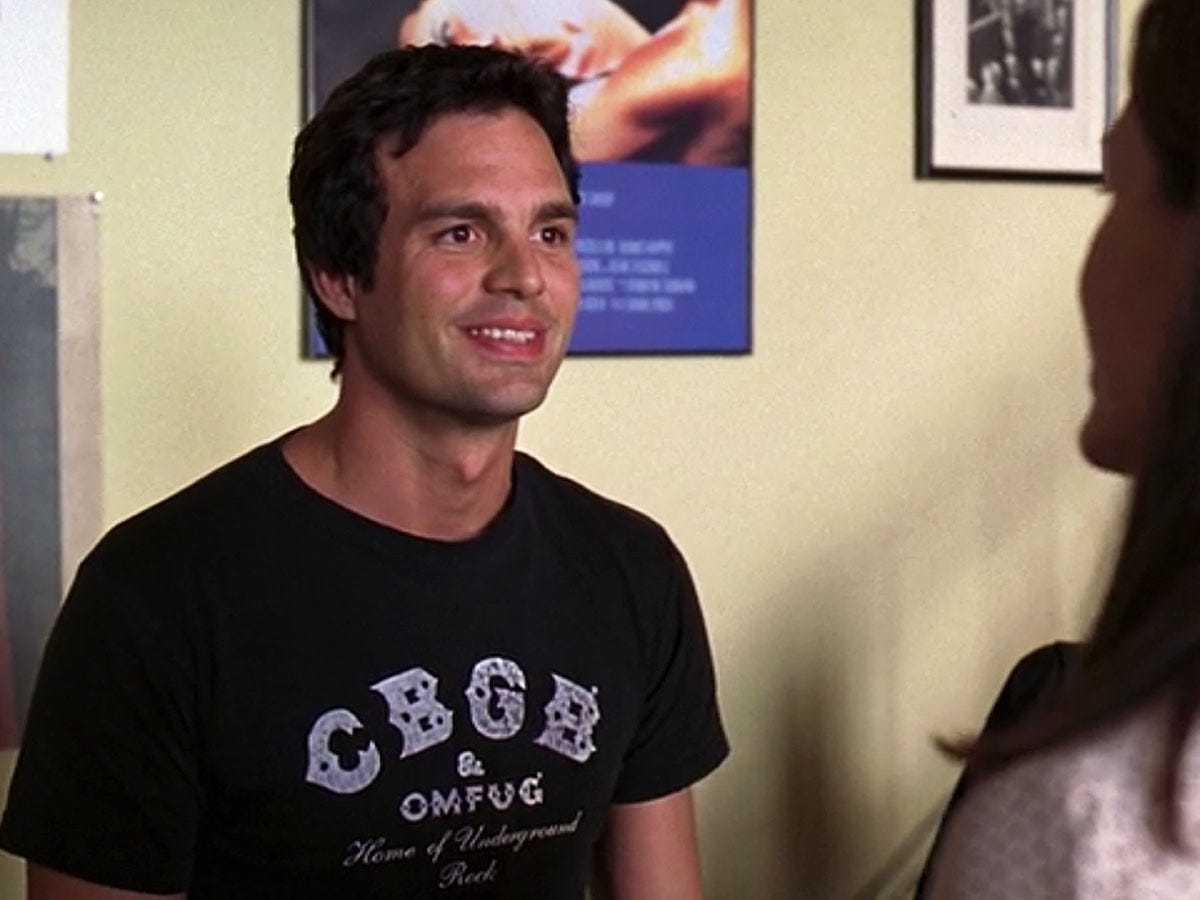 Speaking to BuzzFeed, Centineo declared the 2004 movie, which starred Jennifer Garner and the “Avengers” actor, the best classic romantic comedy.

Recently, Ruffalo responded to the comparison during an appearance on NBC’s “Tonight Show Starring Jimmy Fallon,” saying: “I wish I was that good looking.”

The actor added that he thinks Centineo is “way better looking” than he was at that age.

5. He was in a relationship with model and Internet personality Alexis Ren, but the couple reportedly split after one year together. 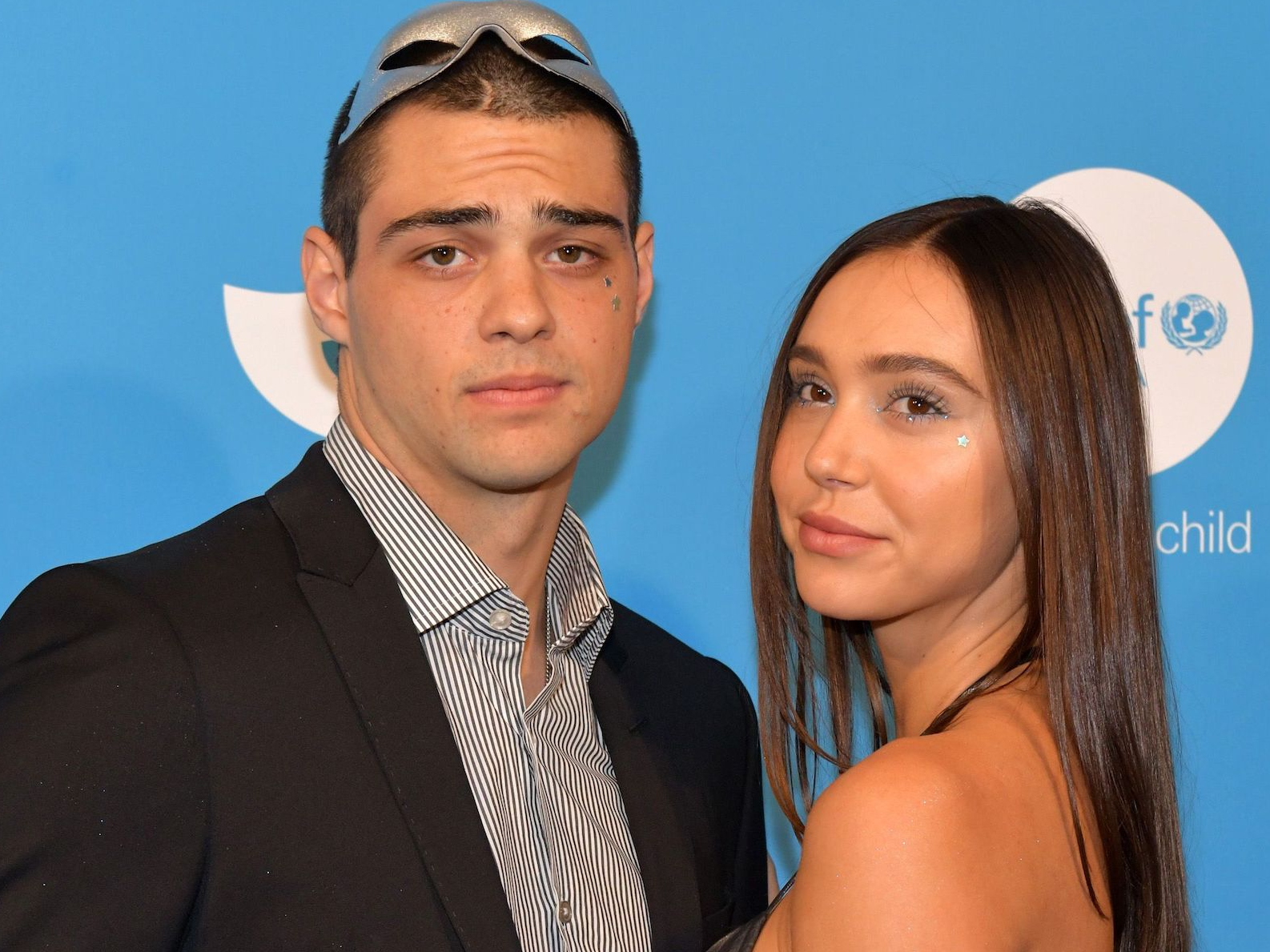 Fans suspected that they were no longer together after Centineo removed a photo from Instagram, which showed Ren licking his face. And Seventeen pointed out that they no longer follow each other on the app.

In April 2020, Us Weekly reported that Centineo and Ren split weeks prior.

Centineo previously dated actress Angeline Appel in 2016. She appeared on one episode of the “The Fosters,” in addition to roles on “Shameless” and “Lab Rats: Elite Force.” They also showed PDA at fellow actor Jack Griffo’s birthday party in 2016.

Prior to that, fans speculated that he dated Kelli Berglund, who starred with Centineo in the 2014 Disney Channel movie “How to Build a Better Boy.”

6. His best first date involved trading books with a girl and reading for three hours. Alberto E. Rodriguez/Getty ImagesNoah Centineo said that the most romantic thing a girl ever did for him was send him on a scavenger hunt.

When asked about his best first date, Centineo revealed that it took place when he lived at a W hotel.

“She had come over late afternoon, sometime close to sunset, or just before,” he told BuzzFeed. “And I said bring a book. And we traded. And I gave her ‘The Celestine Prophecy’ and she gave me ‘You Are the One’ by Kute Blackson. And we read for like, three hours.” 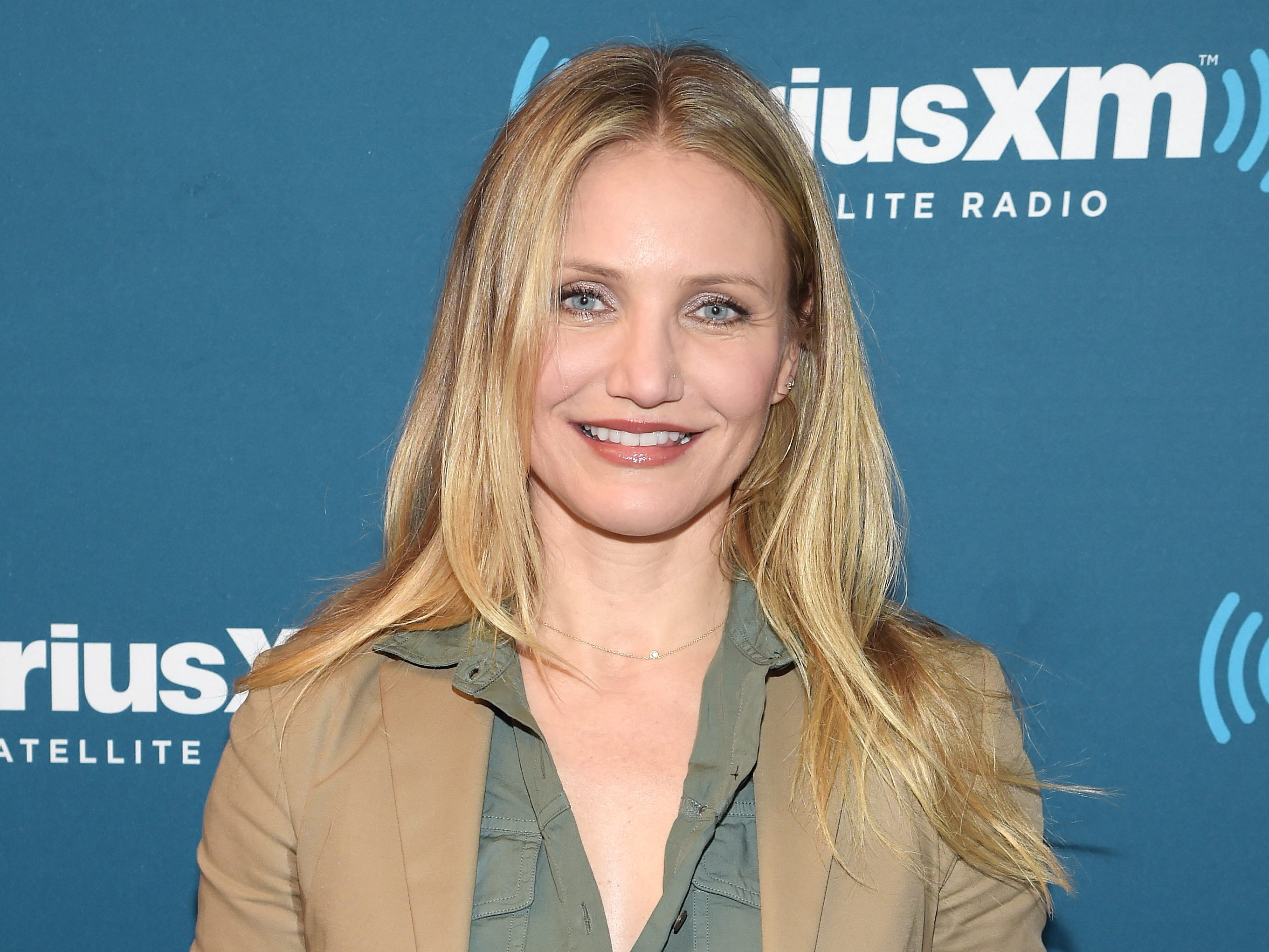 Diaz has starred in her fair share of rom-coms – like “The Holiday,” “The Other Woman,” and “Bad Teacher.”

It makes sense that the actor is a fan of Diaz, considering that he listed 2008 movie “What Happens in Vegas” as one of his favourite rom-coms.