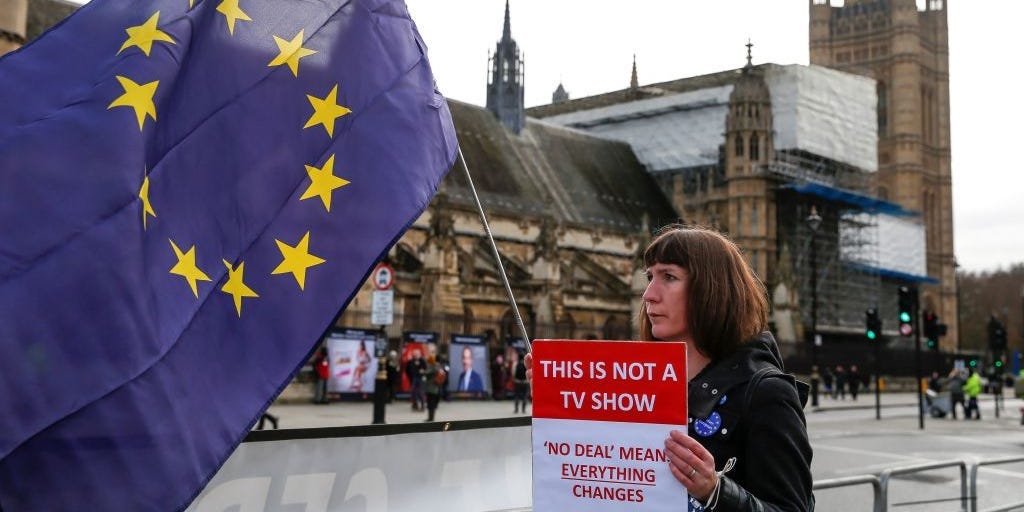 The UK and European Union have agreed to a deadline this Sunday to work out a trade deal or risk a messy Brexit and this will have immediate consequences for Britain’s financial markets, according to Morgan Stanley.

Investors can expect to see a 10% to 20% drop in UK bank stocks and a 6% to 10% downside for the FTSE 250 in the short term if Britain leaves the European Union with a trade deal in place, Morgan Stanley said in a note Friday.

“A no-deal Brexit outcome would represent an unexpected surprise to markets, however the negative impact would be cushioned by an otherwise positive global outlook,” strategists Graham Secker, Matthew Garman, Ross MacDonald, and Hassan Ashraf wrote.

Strategists expect little reaction for the FTSE 100, given the support from the pound’s depreciation.

Concern around negative rates were a factor in assessing a possible negative impact on UK bank stocks. That worry stems from the Bank of England having written to British banks in October, inquiring about their readiness for monetary policy that supports sub-zero rates.

Economists at Morgan Stanley still believe a free trade agreement is the most likely outcome of ongoing talks, but the lack of development in recent days points to a higher possibility of a no-deal scenario.

Investors weren’t expecting the lack of a deal the entire year, and so such an outcome would represent a “negative” surprise that markets are likely underprepared for, strategists said.

But the outlook isn’t all bad as market reactions would be controlled against a wider backdrop of strong global growth. “Those stocks most sensitive to Brexit also tend to be beneficiaries of the ‘re-opening trade’and the value rotation more broadly (neither of which are linked to Brexit), which should cushion the extent of any downside moves,” the note said.

“The other UK sectors most at risk would be insurers, real estate and housebuilders,” strategists said. “Healthcare and consumer staples stocks and companies with high overseas exposure would be relative beneficiaries.”

Additionally, a no-deal outcome could make it harder to attract global investors to Europe.

“If the good vaccine newsflow in early November effectively reduced the probability of a bear case scenario, we would view a no-deal Brexit as reducing the probability of the ‘bull case’ without necessarily having a major impact on our broader European base case narrative.”