I’m a gamer. I’m also a girl. There are stereotypes that go with being a girl gamer: We don’t know what we’re doing, or we only play cutesy games like “Animal Crossing” or simulators like “The Sims.”

Usually the message is that we don’t belong. Even in the business, female gamers are frequently subjected to sexual harassment.

With its focus on shopping and clothes, instead of gameplay and power-up tricks, it might be making games less popular with girls.

There are a bunch of women who want video games to succeed with women.

For instance, Jenny Haniver, an avid “Call of Duty” player, chronicles her experiences being a female gamer on her website Not In The Kitchen Anymore. Since 2010, she has been posting recordings of how other gamers, usually men, act upon meeting a female gamer. As you can imagine, it’s not good.

And Anita Sarkeesian runs Feminist Frequency, “a video webseries that explores the representations of women in pop culture narratives,” including video games. Her “Tropes vs. Women in Video Games” series explores the role female characters play in the games themselves.

She received a lot of backlash when she started a Kickstarter campaign to fund the project. “I knew that delving into video games might provoke a bit of a misogynist backlash … [but] this level of organised and sustained harassment, vitriol, threats of violence and sexual assault in response to a project that hasn’t even been made yet is very telling,” she told Wired at the time.

So Nintendo is onto something with wanting to create a safe space for female players. How did it go so terribly wrong?

I’m a girl gamer and I don’t like pink

The first video I watched was “Top 10 Things To Do In ‘Animal Crossing: A New Leaf,'” a community simulation game where you and your animal friends carry out various activities.

“Kicking things off with number 1 is an EPIC shopping spree,” Porter tells us. The more money you spend, she says, the more shops appear, including a “shoe shop and a beauty salon.”

She does offer some helpful tips, like pressing the two shoulder buttons to snap a picture of your screen, so if you can get past the overly pink bedroom she’s sitting in, as well as her dead, uninterested eyes, you might actually get something out of this video.

The next video is how to make the perfect dress in “Animal Crossing.”

Again, if you can get past her cooing about how cute the dress is, the video does actually offer some tips on how to make clothes in the game. But the tips are so buried under a mountain of pastel, you’d hardly know they were tips at all.

Hynes’ videos tend to be a little more technical, with unboxings and device comparisons.

Her section of the site seems a little more for everyone, focusing on the design of the devices themselves. But an expert she’s not. In one video, about the 3DS’ features, she doesn’t seem to know where the microphone on the 3DS is — she points to a little hole on the back of the clamshell, which is actually a light to let others know the camera is on.

But even Hynes’ videos veer off course, such as in this one, where she talks about why she loves the game “Pokemon X.” Among her favourite things in the game: you can go into shops and buy hats and clothes for your characters with money you earn by being amazing at fighting people.

If I’d never seen a Pokemon game, and this was the description I got, it’d probably be a safe bet that I still would never see a Pokemon game. Not once did she actually say what the point of the game is, or describe the gameplay.

So we’ve got one section of the channel seemingly geared toward the casual gamer, with some important information buried beneath a cloud of pink fluff, and another section that’s a little more technical — sort of.

Who is this channel aimed at? And why?

In 2013, 59% of Americans played video games, according to the Entertainment Software Association. And of those people, 48% were female.

Many of those women were 18 years old and up. Nintendo sees an opportunity targeting young teenage girls, who might not necessarily be gamers.

I get it. This channel isn’t for me: an experienced gamer who likes more intricate games like those in the “Assassin’s Creed” series.

But by targeting these young girls with pink bedrooms and “epic” shopping sprees, it seems that Nintendo is only enforcing stereotypes, not helping solve them.

Just having a Nintendo Girls Club is itself sexist: If a boy likes to go shopping in “Animal Crossing,” does that mean he’s a girl? If girls like to play “Mario Kart” or other sports-based games, do they not get to join the Nintendo Girls Club?

As Not In The Kitchen Anymore’s Haniver points out, it’s definitely a good thing to encourage girls to game, “but this video series feels more like pandering fluff than anything meaningful. They’re just enforcing tired biases,” she tells Business Insider.

“I think kids should be taught at a young age that they don’t need to be defined by their gender, and that there aren’t ‘girl’ activities and ‘boy’ activities,” she says. “I think the point of the club is to appeal to a young audience in the hopes that they will become customers later on, and therefore make money for the company.”

In an article in The Motley Fool, Leo Sun tries to calm everyone down. “Relax, girl gamers,” the headline shouts. “The Nintendo Girls Club isn’t meant for you.”

His point is “that these ads are intended to convert female non-gamers to the 3DS and Wii U.”

And that’s the problem: Nintendo is trying to integrate new female players into an already-established boys club, not by showing them all the games that are available and fun, but by perpetuating stereotypes that girls only want to play dress up. It gives viewers descriptions of games, but only focuses on the ways players can customise their characters. It doesn’t showcase actual gameplay, it only heralds what fun it is to go shopping and make dresses.

The gaming world is a boys club, not least of which because of vapid attempts at luring female gamers, such as the Nintendo Girls Club. In trying to integrate female gamers, Nintendo is just stereotyping them into a corner.

In fact, including the videos on the main channel, rather than relegating them to a pink corner of YouTube, would be a great first step.

“I honestly don’t even particularly care for the idea of a channel geared specifically towards girls,” Haniver says. “Does having a separate channel just for girls mean that the regular Nintendo channels isn’t for girls? Why not have the Nintendo Kids Club, and make it gender-neutral (which is what gaming should be)?”

The channel is only a couple months old and there’s definitely room for it to improve and be more inclusive. Hopefully in the future it will cover a little more ground in the gaming world — how about “Legend of Zelda: The Wind Waker” and “Super Mario 3D World” — and lay off the pink. 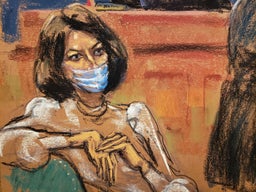