Federal inquiries, allegations of sexual assault, a resignation, and billions on the line: Here's everything you need to know about Nikola and its founder's controversial last 5 weeks 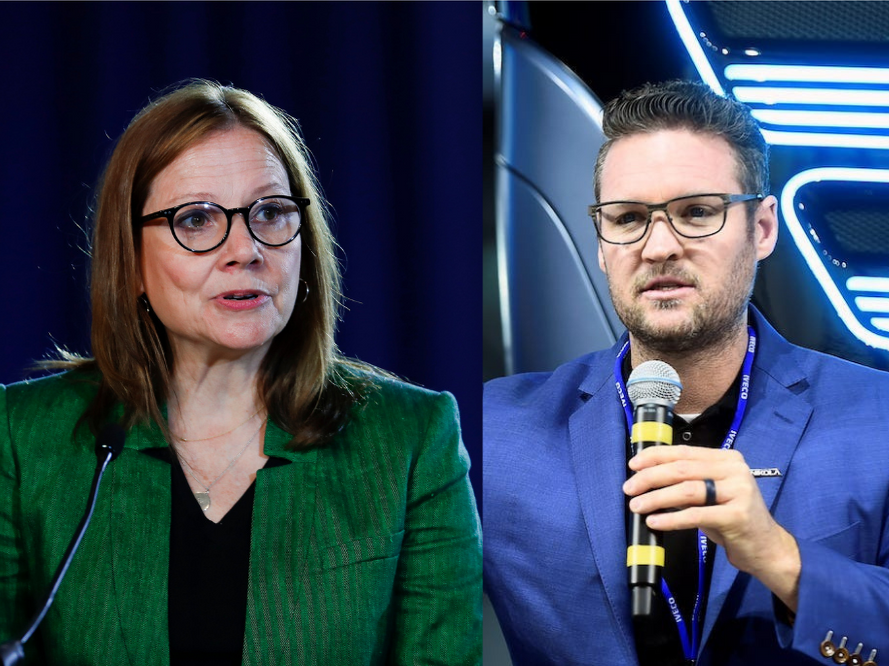 In early September, automotive giant General Motors announced a $US2 billion deal with electric-vehicle startup Nikola, with plans to produce the Nikola Badger, an electric pickup truck. But just two days after the deal was announced, a short seller released an explosive report claiming that Nikola faked its technological achievements, which spurred federal inquiries, a resignation, and speculation about the future of the deal.

Here’s everything you need to know about the last month’s controversy, and what it means for the future of GM, Nikola, and the electric truck they are looking to build.

The partnership begins: GM announces it’s taking an 11% stake in Nikola on Sept. 8

On September 8, GM announced that it would begin a strategic partnership with Nikola in a $US2 billion, all-stock deal. The terms of the agreement would see GM manufacture the startup’s first pickup, the Badger, producing both the electric-battery and fuel-cell versions.

Do you work at GM or Nikola? Business Insider wants to hear from you. Contact the author of this report at [email protected] from a non-work email, or via secure messaging app Signal at 917-727-6830. 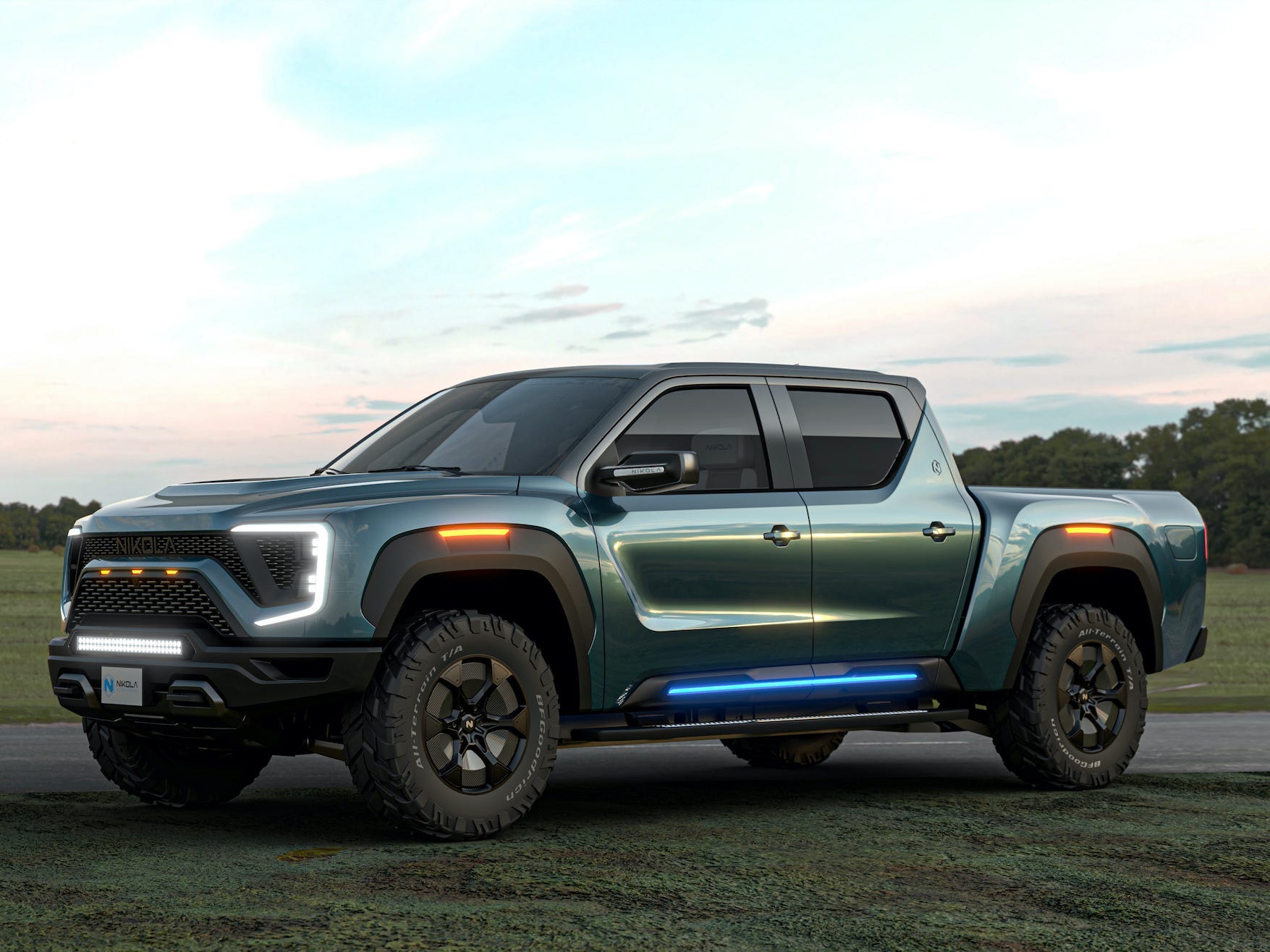 For GM, the deal was supposed to pay for itself. Nikola would pay GM $US700 million to engineer and manufacture the Badger, and in turn, GM could show off its Ultium battery in the new truck and collect 80% of the emissions credits for the vehicle. As part of the deal, GM would also be the exclusive provider of fuel cells for Nikola’s semi-trucks, excluding Europe.

2 days later, Hindenburg Research released the explosive report, “Nikola: How to Parlay An Ocean of Lies Into a Partnership With the Largest Auto OEM in America”

Hindenburg research announced that it gathered “extensive evidence” that it said indicated that “Nikola is an intricate fraud built on dozens of over the course of its Founder and Executive Chairman Trevor Milton’s career” on Sept. 10. The firm has a short position on Nikola, which means that it stands to profit if Nikola’s share price goes down.

The report said that Nikola made false or misleading claims about having proprietary battery technology, natural gas wells, solar panels, and hydrogen production capabilities. The report also said that while Milton claimed Nikola designed key components of its vehicles in house, the technology actually was licensed or bought from third parties.

In addition, Hindenburg Research said the Nikola’s presentations of its semi-truck, the Nikola One, were “a total farce.” During one event, the electric vehicle company claimed that the truck’s electrical systems worked, but Hindenburg’s report said that there was an electrical cable under the stage secretly powering the truck.

Nikola also promoted a video of the semi-truck cruising down a road, but Hindenburg’s report said that the truck was towed to the top of a hill, and then filmed as it rolled down to make it seem like it had a working motor.

On Sept. 10, Trevor Milton called the report a “hit job” on Twitter, and teased a swift rebuttal. “Give me a few hours to put together responses to their lies,” he wrote.

Four days after Milton’s tweet, Nikola came out with an official statement saying Hindenburg’s findings were “false and misleading,” while stating that they never claimed that the truck in its promotional video was “under its own propulsion”

In a statement published September 14, Nikola released a detailed response to Hindenburg’s report, saying that it “was designed to provide a false impression to investors and to negatively manipulate the market in order to financially benefit short sellers, including Hindenburg itself.”

In response to Hindenburg’s claims that Nikola misrepresented third-party technology, specifically inverters, as its own, Nikola said that it had been designing its own inverters, but it “does use third-party parts in prototype vehicles,” and that it’s “common practice among vehicle manufacturers.”

Responding to Hindenburg’s claims that it had faked the capabilities of its Nikola One semi-truck, Nikola didn’t dispute the claim that the truck had been rolled down a hill. Instead, Nikola said that they had never claimed that the vehicle was moving “under its own propulsion” or “powertrain driven.”

The next day, Hindenburg wrote that, “the company debunked nothing,” in a statement titled, “We View Nikola’s Response As a Tacit Admission of Securities Fraud.”

Regulators, including the SEC and the DOJ, began examining fraud allegations

On September 14, Bloomberg reported that the SEC was conducting a preliminary review to see if Nikola broke any securities laws. The next day, the Financial Times reported that the Department of Justice was looking into Hindenburg’s allegations as well.

“On September 11, Nikola’s legal counsel proactively contacted and briefed the U.S. Securities and Exchange Commission (SEC) regarding Nikola’s concerns pertaining to the Hindenburg report,” a company spokesperson told Business Insider on Friday. “Nikola welcomes the SEC’s involvement in this matter.”

Despite the controversy, GM projected confidence about its decision to strike a deal with Nikola on Sept. 15 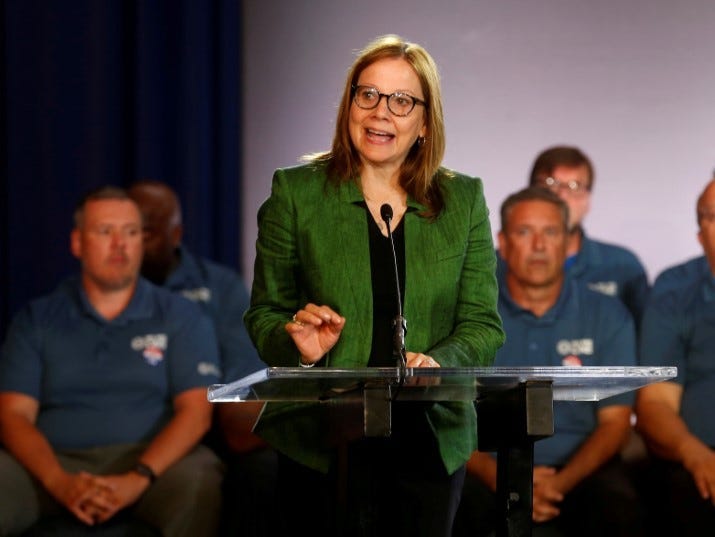 “We’re a very capable team that has done the appropriate diligence,” GM CEO Mary Barra said at an RBC event September 15, Business Insider’s Matthew DeBord reported. Barra told attendees to go to Nikola with specific questions, but doubled down in her defence of GM’s agreement with the startup, saying, “on the strength of the deal we put together, it validates our technology, it allows us to have more people using the technology, which gives us the advantage of scale, which will help us drive costs down.”

Following the controversy, Trevor Milton resigned from his position as executive chairman on Sept. 20

“Nikola is truly in my blood and always will be, and the focus should be on the Company and its world-changing mission, not me,” said Milton in a September 20 statement. “So I made the difficult decision to approach the Board and volunteer to step aside as Executive Chairman.”

Stephen Girsky, who previously served on GM’s Board of Directors, took over Milton’s role. 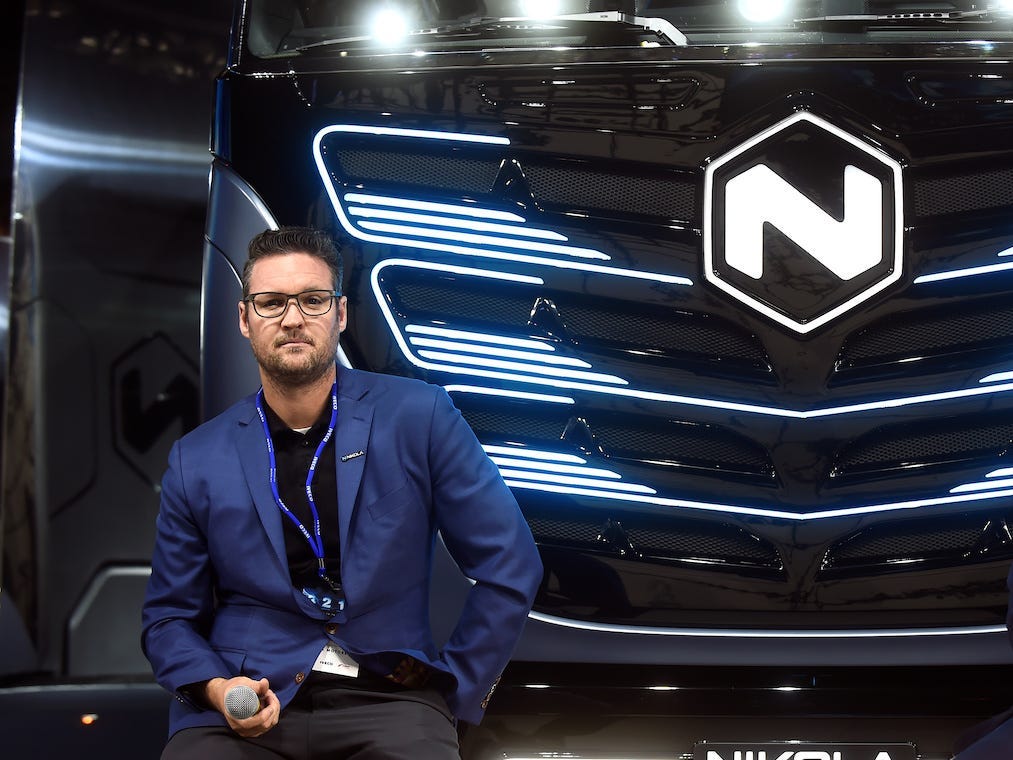 As part of his sudden departure from Nikola, Milton, who is the largest shareholder of Nikola, gave up company equity valued at $US166 million at the time, a $US20 million consulting contract with the company, while continuing to hold Nikola stock valued at $US3.1 billion at the time, CNBC reported. Nikola will also cover Milton’s legal fees, under certain stipulations.

Later that day, Milton’s cousin accused him of sexually assaulting her

Aubrey Smith told Business Insider that Milton assaulted her in 1999, after their grandfather’s funeral service. Smith was 15 and Milton was 17, according to prior Business Insider reporting. Under the guise of giving her a massage, Milton took off Smith’s bra without her consent and then groped her, Smith said.

In the weeks following Smith’s allegation, another woman came forward accusing Milton of sexual assault,CNBC reported. She alleged that Milton digitally penetrated her against her consent in 2004 when she was 15 and he was 22. She was an employee at his security company at the time, her lawyer told CNBC.

Milton denied both of the claims in a prior statement to Business Insider. “At no point in his life has Mr. Milton ever engaged in any inappropriate physical contact with anyone,” Milton’s representative wrote.

“The Nikola Board first learned of these allegations, regarding conduct from before Nikola was founded, from tweets and media reporting that occurred subsequent to the company’s announcement that Trevor Milton was stepping aside as Executive Chairman,” a Nikola representative told Business Insider. “Nikola has been and remains committed to creating a safe, respectful, and inclusive work environment for all employees and has established policies and procedures to instill these values throughout the company.”

A report surfaces Sept. 26 alleging Trevor Milton purchased the designs for the Nikola One semi-truck, rather than designing it himself “in his basement,” as previously claimed

The Financial Times reported that the founder purchased the design for the Nikola One from Adriano Mudri, a designer employed at the Croatian electric vehicle brand Rimac Automobili. Nikola had previously claimed that Milton had created the design for the truck himself in a 2018 lawsuit against Tesla.

“The Nikola One truck was designed and patented by Nikola. It is commonplace to licence third-party designs during vehicle development, and although early in the process, Nikola purchased a licence to Adriano Mudri’s designs,” a Nikola representative told Business Insider on Friday. “He was not part of the design team, and his designs are materially different from the design invented by Nikola for the Nikola One.”

Negotiations are still underway for the deal between GM and Nikola. The companies missed their Sept. 30 initial target date for finalising the agreement.

Nikola’s share price has been battered by the fraud allegations, with shares of Nikola down 53% since the partnership was announced, as of Thursday. CNBC’s Phil LeBeau reported Sept. 30 that GM might take a bigger stake in Nikola, given the fact that Nikola’s share price has dropped precipitously since the deal was announced. GM’s proposed 11% stake was worth about $US2 billion when the deal was penned. Now, it’s worth less than half that much.

“Our transaction with Nikola has not closed,” a GM rep said on September 29, according to Reuters. “We are continuing our discussions with Nikola and will provide further updates when appropriate or required.”

On Thursday, a Nikola executive “played down” the significance of the Badger project, the Financial Times reported. “The Badger was an interesting and exciting project to some shareholders, but our institutional shareholders are mostly focused on the business plan,” said Nikola’s CEO Mark Russell, according to the Financial Times. Russell also said Thursday that the Badger wouldn’t be built without an OEM partner like GM, according to Bloomberg. Russell also told Bloomberg that the company can carry on even if the GM deal falls apart.

GM did not immediately respond to a request for comment.

“Nikola continues to work with GM towards a closing and will provide further updates when appropriate or required,” a Nikola representative told Business Insider on Friday.

If the deal isn’t done by Dec. 3, either company could walk away.

Do you work at GM or Nikola? Business Insider wants to hear from you. Contact the author of this report at [email protected] using a non-work email, or via the secure messaging app Signal at (917) 727-6830.