Nikola is a 'story stock' that can jump 40% if CEO Trevor Milton executes, Wedbush says 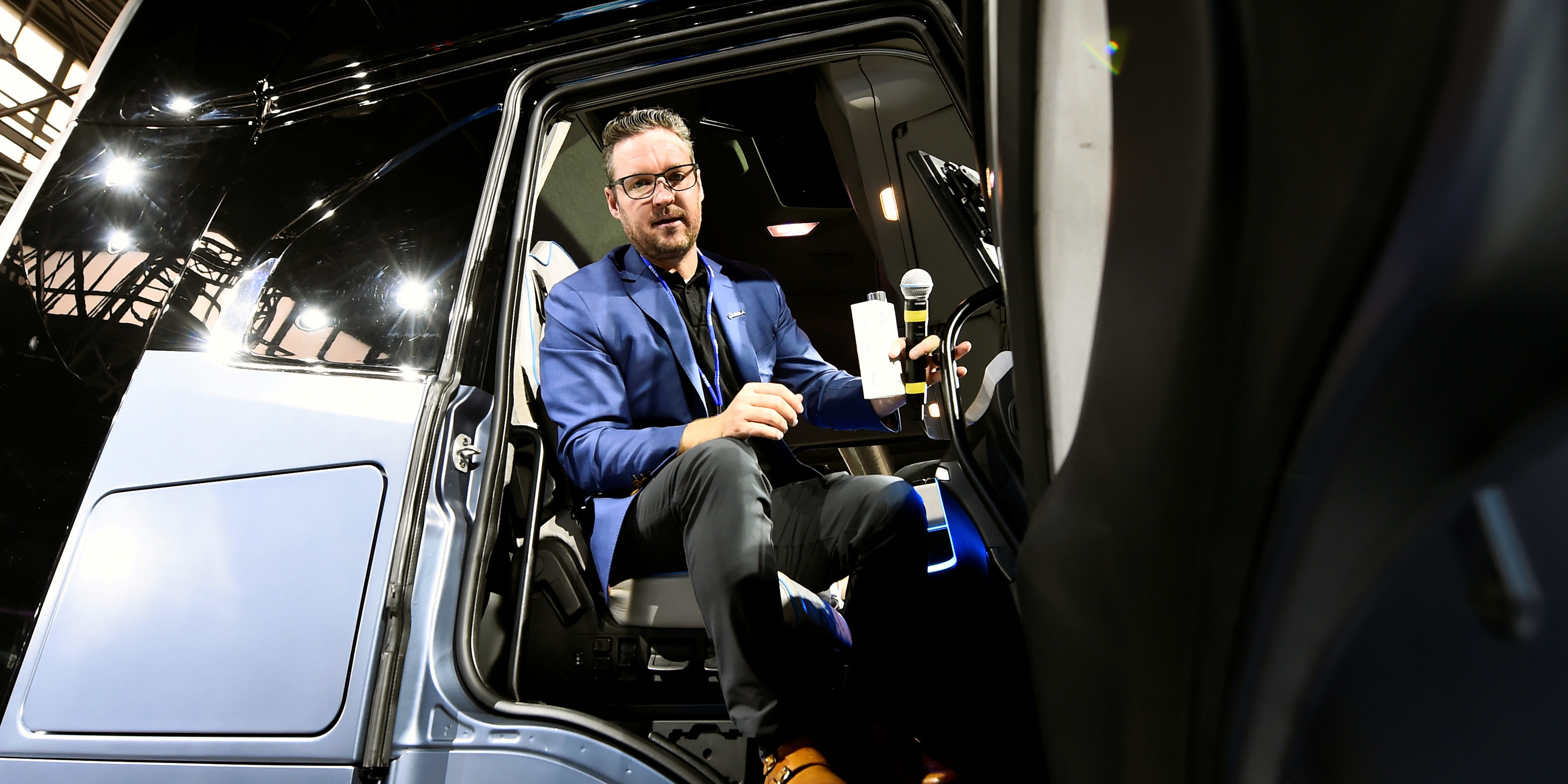 REUTERS/Massimo PincaCEO and founder of U.S. Nikola Trevor Milton attends a news conference held to presents its new full-electric and hydrogen fuel-cell battery trucks in partnership with U.S. Nikola, at an event in Turin, Italy, December 3, 2019.

Last week’s mixed headlines for Nikola prove that it is a “story stock” that will depend on execution going forward, according to a note from Wedbush.

After inking a $US2 billion partnership with General Motors last week, Nikola was accused of fraud in a report by short-seller Hindenburg Research.

For its part, Nikola released a second statement on Monday, rebutting the claims made by Hindenburg Research.

Both of last week’s headlines made for volatile trading in shares of Nikola. Following the General Motors deal, Nikola surged as much as 53% to $US54.56. But the gains didn’t last long. A three-day slump in Nikola, bolstered by the short-seller report, led to shares finishing last week down 41% from their high reached on Tuesday.

The back-and-forth between bulls and bears sets up Nikola to be a battleground stock dependent on CEO Trevor Milton and team’s ability to execute on the opportunity ahead, Wedbush said.

“While we look forward to management addressing some of these issues [mentioned in short-seller report], we continue to believe seeing the forest through the trees that Nikola is a story stock now and its all about execution looking ahead through 2023,” Wedbush said.

Specifically, Nikola has four key tasks to execute over the next few years, according to Wedbush:


Read More:
‘The psychology is even more dangerous than 20 years ago’: A Wall Street investment chief says stock valuations are giving him dot-com bubble flashbacks – and warns of a major meltdown in the next year

1. Successfully build out its Arizona factory.

2. Morph prototypes into models (both on Badger and trucking front).

3. Lay the groundwork for its charging network.

Wedbush views the General Motors partnership as a “huge shot in the arm” for Nikola that adds credibility to the EV startup, can accelerate production of its Badger pickup truck, and validated Nikola’s fuel cell strategy.

Until Nikola executes, it “remains an execution story over the coming years and will be a noisy stock until the EV/hydrogen fuel cell trucks hit the road and deliveries begin to ramp,” Wedbush concluded. 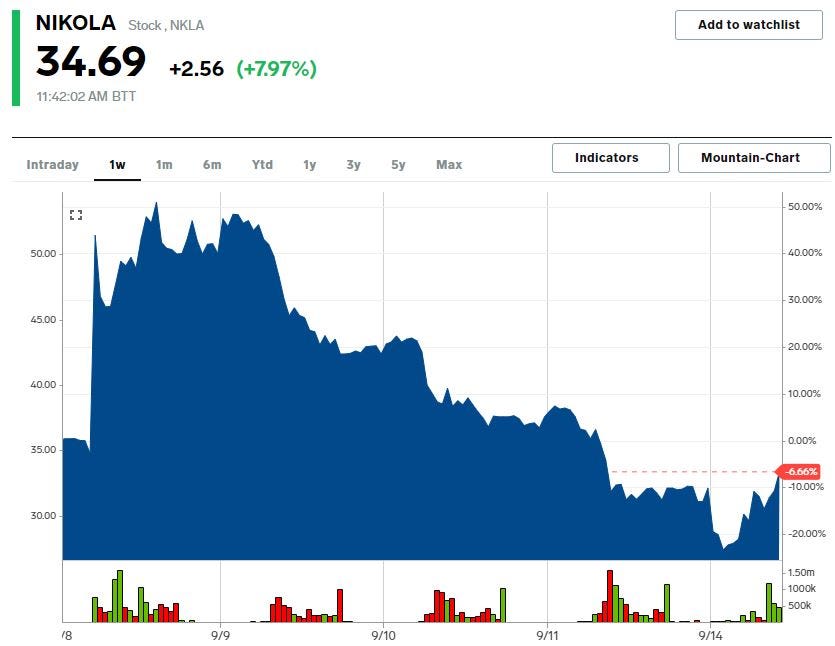