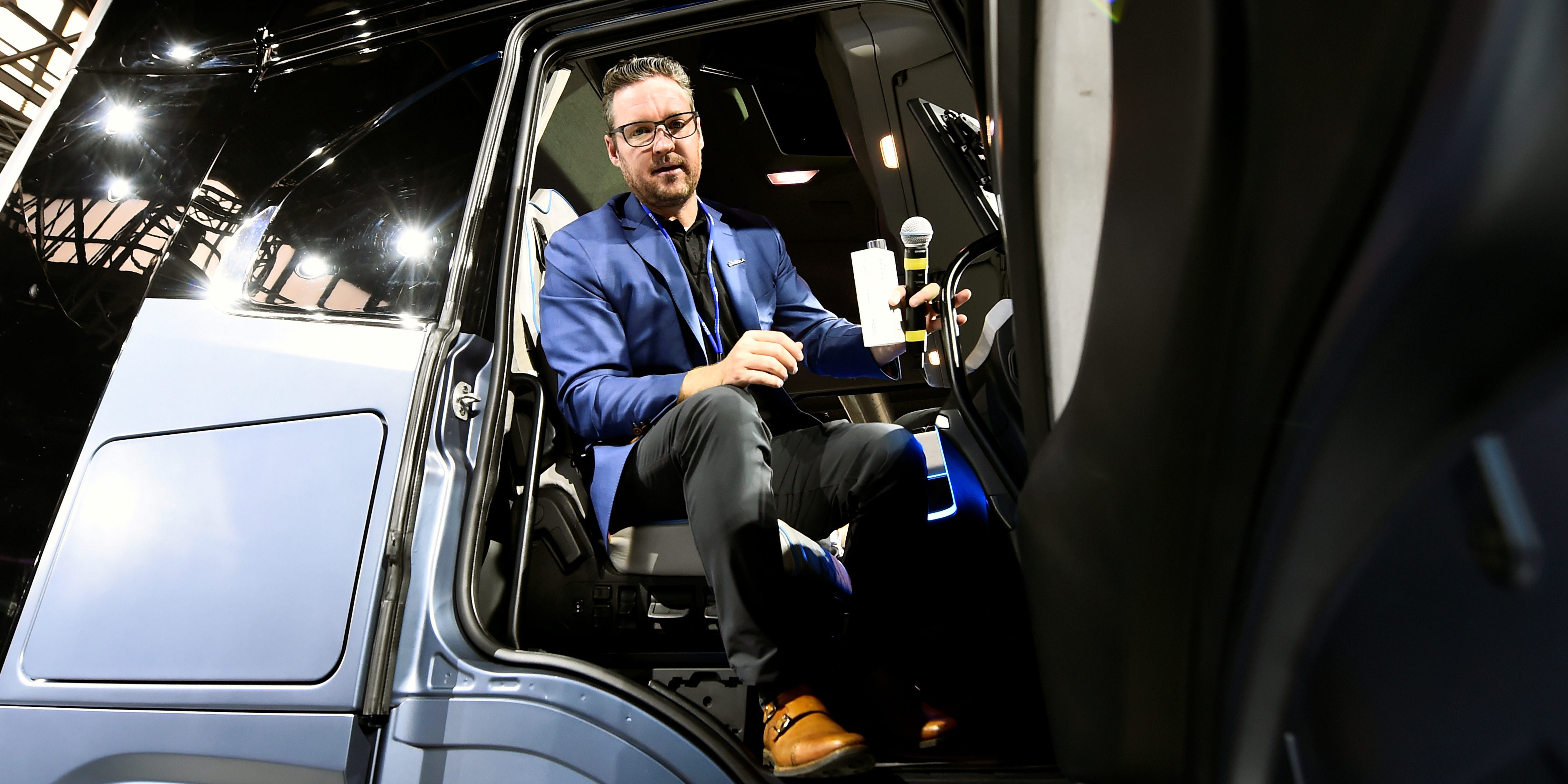 REUTERS/Massimo PincaCEO and founder of U.S. Nikola Trevor Milton attends a news conference held to presents its new full-electric and hydrogen fuel-cell battery trucks in partnership with U.S. Nikola, at an event in Turin, Italy, December 3, 2019.

As JPMorgan put it last week about Nikola: “there’s never a dull moment with this stock.”

First, it was a $US2 billion partnership announcement with General Motors that sent the stock soaring more than 50% in a day.

Then, it was a short-seller report from Hindenburg Research that alleged Nikola was deceptive and misled investors.

Then, it was reports of the Securities and Exchange Commission and Department of Justice opening an investigation into Nikola to see if the company deceived investors.

Then, it was the founder of Nikola Corp., Trevor Milton, stepping down from the company as its executive chairman.


Read more:
Legendary trader Randy McKay turned $US2,000 into $US70,000 in just 7 months. Here are the 7 trading rules that contributed to his multi-year run of million dollar-plus returns.

Now, there is a stall in talks between Nikola and potential partners amid the swirling controversy.

According to a report from The Wall Street Journal published Wednesday, talks regarding potential partnerships with energy companies like BP recently “stalled” out.

Nikola was in discussions with energy companies about forming a partnership to build out a network of hydrogen re-fuelling stations that would help support the eventual rollout of Nikola’s hydrogen-powered trucks.

Executives at the start-up car company “felt they were making progress” toward a potential deal until the short-seller report from Hindenburg “cast doubt on the company and its statements about the readiness of its technology,” according to The Journal.

Now, the talks have been put on hold, but a deal is still possible, The Journal reported, citing people familiar with the matter.

Nikola has said that a partnership to build out a network of hydrogen-refuelling stations would be key to its launch of a fleet of hydrogen-powered trucks.

Nikola Chief Financial Officer Kim Brady told investors on a call on Tuesday that it has discussed hydrogen-station plans with energy companies, industrial gas companies, and truck stop operators, according to the report.

Shares of Nikola fell as much as 22% to $US22.25 in Wednesday trades. Nikola is down as much as 46% since the Hindenburg short report was released.


Read more:
Buy these 15 stocks right now before they rally higher, says the Morgan Stanley equity chief who nailed his call for a short-term market meltdown 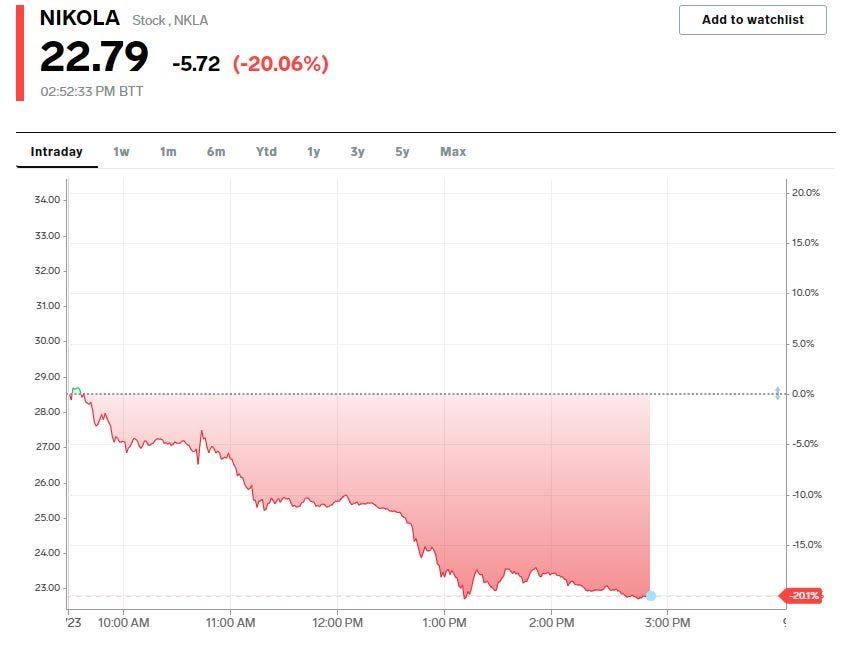