Nikola soared as much as 16% on Monday after JPMorgan said it sees 2021 being a “less drama-filled” year that will “turn generally positive” for the EV company.

In a note on Monday, JPMorgan reiterated its Overweight rating on Nikola and lowered its price target to $US35 from $US40, representing potential upside of 155% from Thursday’s close.

JPMorgan said Nikola “cleaned house” before year-end given its exit from two partnerships that “were hastily thrown together by the founder, and committed NKLA resources to non-strategic initiatives,” according to the note.


Read more:
Wall Street’s biggest firms are warning that these 8 things could crash the stock market’s party in 2021

“We believe Nikola was prudent to exit these arrangements, preserving cash for execution of the Class 8 truck initiative,” JPMorgan said, adding that General Motors could still play an important role as a supplier of fuel cells.

Nikola is currently testing two of those Class 8 trucks, called the Tre, and the vehicles are “meeting expectations,” JPMorgan said. Nikola expects to have at least nine Tre trucks for testing by the end of the first quarter of 2021, the note said.

Going forward, positive headlines are likely in the coming weeks and months for Nikola, according to JPMorgan.

“We expect Nikola to post a video of a functioning Tre in January,” JPMorgan said, adding that it expects a steady flow of updates for the truck in 2021 as test milestones are met.

“We expect a lot less drama in 2021,” JPMorgan concluded. 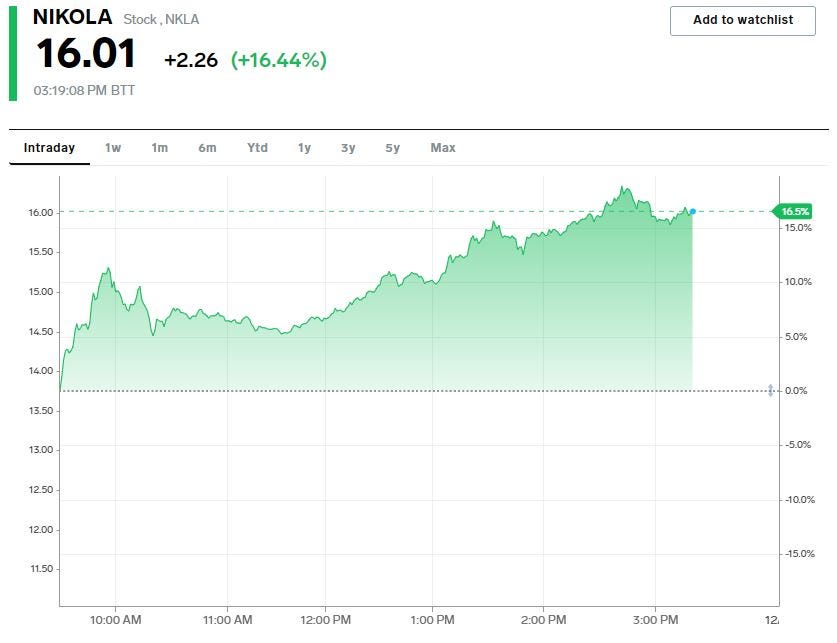