Investor hope of a potential partnership between General Motors and Nikola lives on.

GM chief executive Mary Barra said in an interview with Bloomberg TV on Thursday that talks between the two companies are ongoing, helping shares of Nikola up as much as 11% in trading.

An initial $US2 billion manufacturing and licensing deal between Nikola and GM was announced in September, but its closing was put on hold after a report from the short seller Hindenburg Research alleged that Nikola’s founder and former executive chairman Trevor Milton had committed fraud and deceived investors.

Founder Trevor Milton voluntarily stepped down from the company as chairman in late September, even as the company dismissed many of Hindenburg’s claims. Still, the stock remains down more than 60% from its highest price shortly after the partnership was first announced.

The deal, which was expected to close in late September, now has a deadline of December 3. Barra said that it will provide an update on a potential deal with Nikola at the “appropriate time” in an interview with Bloomberg TV.

“We are going to continue to look for ways to not only commercialize our fuel cells, but also the Ultium battery platform because I think that continues to advance our zero emission future,” Barra said.

If a deal doesn’t materialise with GM, Nikola CEO Mark Russell said last month, the company will move on and blaze its own path as it refocuses on developing and manufacturing of its semi-truck ambitions.

He also signalled that the company would abandon its Badger pick-up truck ambitions if the manufacturing partnership with GM falls apart. 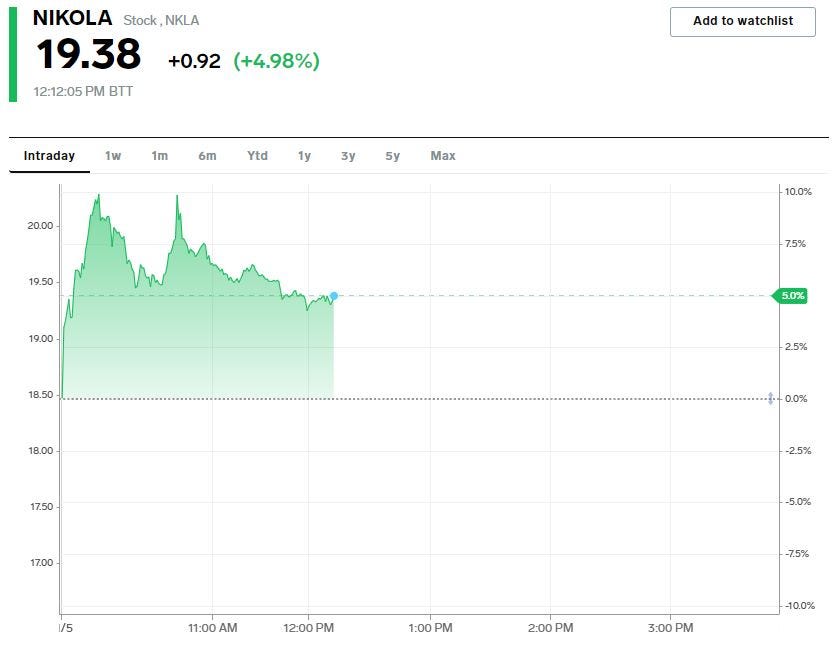