Nikola shares tanked as much as 28% in early Monday trading after founder Trevor Milton voluntarily stepped down as executive chairman and a member of the board.

“Nikola is truly in my blood and always will be, and the focus should be on the company and its world-changing mission, not me,” Milton said in a statement.


Read more:
GOLDMAN SACHS: Buy these 21 stocks on track for years of market-beating growth that could make them future giants â€” even rivals to the FAANGs

The company’s stock has traded with outsized volatility in recent weeks after short-selling firm Hindenburg Research accused Nikola of lying about its technology and order book. Nikola fired back soon after, claiming Hindenburg’s report was “not accurate” and “a hit job for short sale profit driven by greed.”

Milton slammed the short-sellers again in a Monday tweet, saying he plans to defend himself “against false allegations leveled against me by outsized detractors.”

Still, Nikola’s rebuttal hasn’t cleared up the short-seller dilemma. Bloomberg reported last week that the Securities and Exchange Commission is probing Nikola over Hindenburg’s claims and whether the automaker may have violated securities laws.

The company’s leadership shift arrives at a pivotal moment for the growing firm. GM took an 11% stake in Nikola earlier this month as the industry giant rushes to compete with other zero-emissions vehicle manufacturers. Though Hindenburg’s report sparked some concerns about the deal, GM CEO Mary Barra told investors last week that the company conducted “appropriate diligence” on the $US2 billion deal.

The GM partnership is a “linchpin” to Nikola’s success, Wedbush analyst Dan Ives said in a Monday note. While Wall Street will likely view Milton’s departure as “a major near-term gut punch” to Nikola’s valuation, the firm is still a “prove me” stock with time to execute on its key goals, he added.

Multiple market forces are aligning in favour of continued stock gains â€” and they all trace back to record-low bond yields, according to a top Wall Street strategist 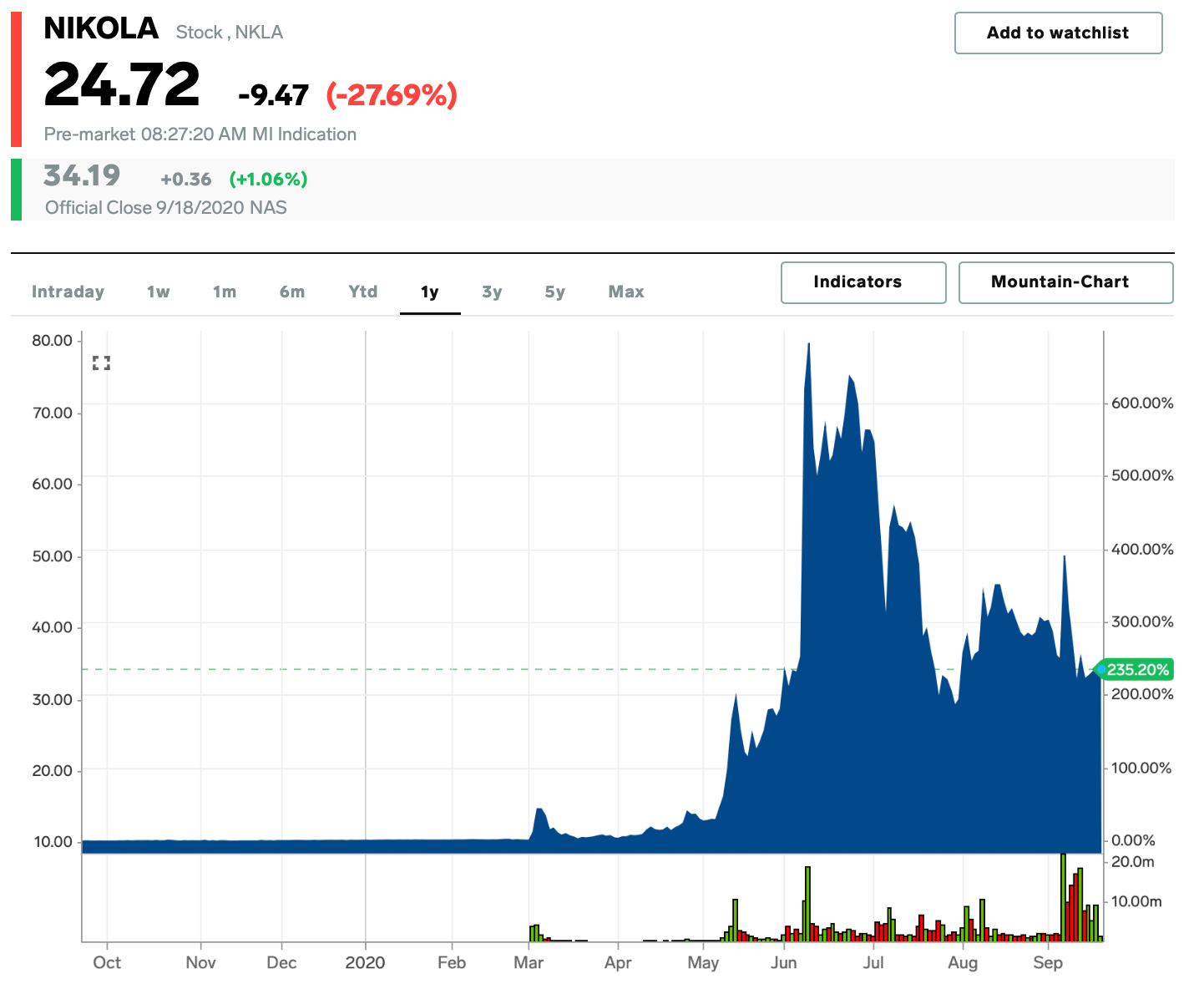