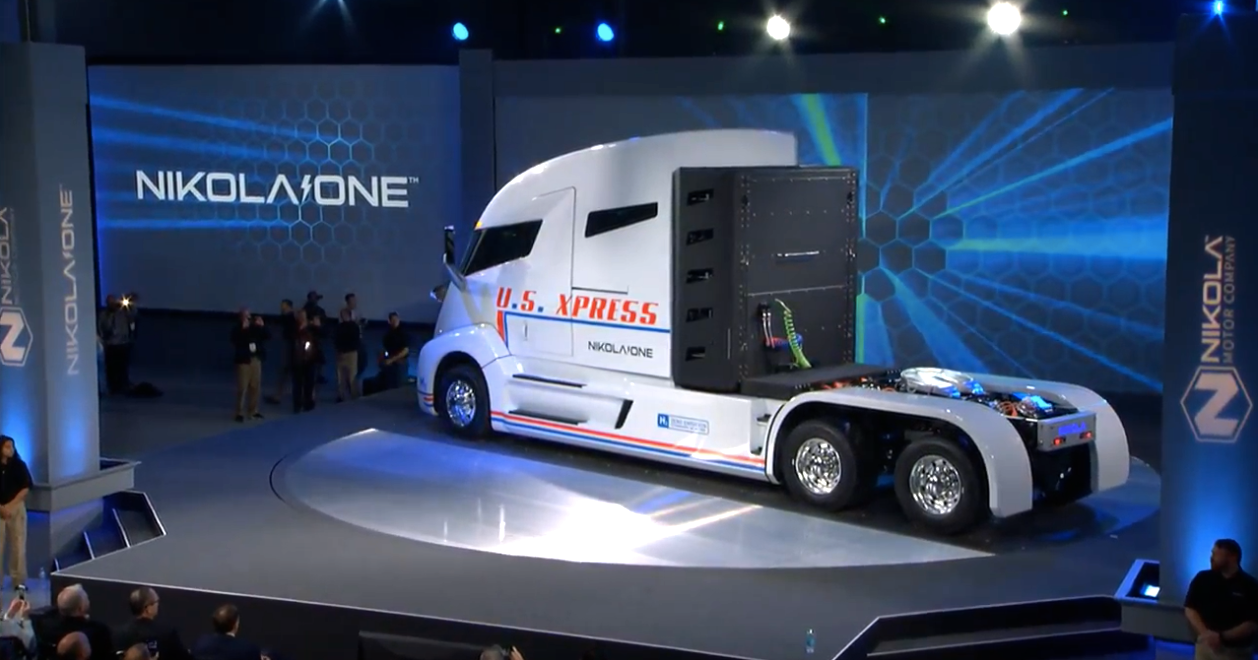 The founder and executive chairman of the electric-truck builder Nikola Motor Company, Trevor Milton, threatened legal action against a Bloomberg reporter this week after the outlet published an article with claims that Milton had misrepresented the capabilities of the company’s debut hydrogen-powered electric semitruck.

“Many of the statements in your article were inaccurate, misleading, taken out of context and hide behind alleged inside sources who conveniently ‘asked not to be identified discussing sensitive information,'” according to a letter from Nikola’s chief legal officer, Britton M. Worthen, posted in full by Milton on Twitter. Granting anonymity to sources on sensitive matters or topics that could threaten their jobs, so long as their identities are confirmed and stories backed up, is a common practice for many journalists.

“This was clearly done with the intent to wrongfully harm Nikola using knowingly false information to construct a blatant hit piece,” Worthen continued. “Nikola stands by its products and the statements of its founder, Mr. Milton, that he ‘never deceived anyone.'”

The letter added that Nikola “intends to take all steps to enforce its rights and protect its good name and the reputation of its founder” and that it expected to bring a libel lawsuit against both Bloomberg and the reporter of the story, Ed Ludlow, soon.

The Bloomberg story, titled “Nikola Founder Exaggerated the Capability of His Debut Truck,” said that during the December 2016 reveal event for the Nikola One, Milton implied the truck on display was fully drivable. But it wasn’t, the story said, citing sources who asked not to be named while discussing sensitive information.

“This thing fully functions and works,” Milton said at the event, according to Bloomberg, going so far as to tell the audience that Nikola put up a chain to “keep people from driving off.” Both of those facts are corroborated by a video of the event.

The Bloomberg story also said that later, Milton claimed the truck was not a “pusher,” meaning a rolling shell that needed to be pushed onto the stage.

“The statements alarmed people familiar with the truck’s capability, who told Bloomberg News recently that it was inoperable and missing key components to power itself,” the article said. Citing the unnamed people familiar with the truck, the Bloomberg story continued: “Gears and motors were missing, and while the words ‘H2 Zero Emission Hydrogen Electric’ were emblazoned on the vehicle, there was no fuel cell on board.” A subheadline with the article said, “The Nikola One revealed in 2016 was inoperable, missing parts.”

According to the article, Milton told Bloomberg in an interview this week that key components – like the motors and gears – were taken out of the Nikola One for safety reasons and that the truck never drove under its own power.

“There wasn’t a fuel cell in the truck,” Milton said, according to the story. “We never claimed there was.”

Following the story’s publication on Wednesday, Milton sent out a flurry of tweets denouncing the article and its author, Ludlow.

“This is when you get sued,” he wrote in one tweet, adding: “He never interviewed the crowd who came, the engineers who work here and he intentionally did not report the truth from my interview this morning. You can lie but you will be held accountable.”

“The best part is, the interview was recorded so it will be fun suing the s— out of them now,” Milton wrote in another tweet. “I can’t wait to subpoena him and his editor. I am going to set an example for anyone who is a hackjob like @EdLudlow . Make no mistake, this article was intentional and pre meditated.”

Milton, reported to be a multibillionaire, also said Ludlow should be “let go,” calling for the reporter to release the full interview so that “people will see you for the deceiver you are.”

“Everyone at the event knew we didn’t drive it because it wasn’t safe, although it could be driven if we wanted to with safety and time put into it without the fuel cell,” Milton said in one tweet.

In another set of tweets, Milton added: “He ruined Bloomberg good name. I dont back down and happy to take this fight on. The funny part is, he won’t hurt me. He hurt himself for this hack job of an article. There were ‘no gears and motors missing’ you jackjob. They were sitting on the tables to show the audience in person. Why would we have them in the truck if weren’t going to drive it? You blew any chance of any interview again.”

In the legal letter that Milton posted to Twitter on Wednesday night, Worthen had similar sentiments.

“You chose to hide truthful and detailed information from your article that explained the facts and provided important context for your readers not to be misled,” the letter said. “This type of reporting is dishonest and should be stopped.”

This story has been updated with comment from Bloomberg News.