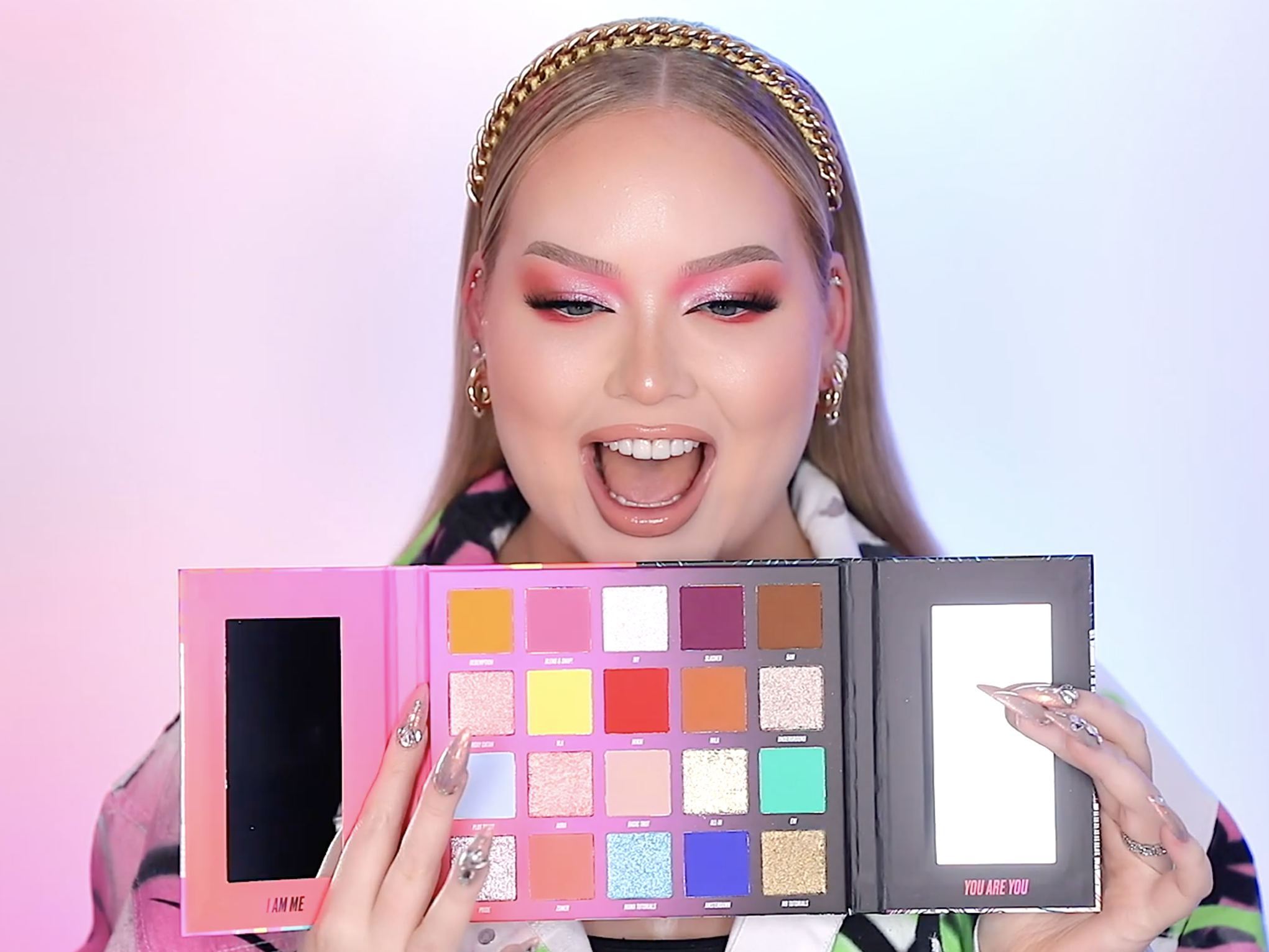 NikkieTutorials is launching a colourful eye-shadow palette in collaboration with retailer Beauty Bay on August 31.

According to the YouTuber, whose real name is Nikkie de Jager, the limited-edition product has been in development since last year. She said in a new YouTube video that she planned to release it at the start of 2020, but delayed the launch after she was blackmailed into coming out as transgender in January.

“When I came out, I got really panicked because I was like, ‘OK well we can’t launch now because people are going to think I’m using this as a PR stunt – people are going to misunderstand and see this as publicity,'” de Jager said in her video. “That is the last thing I want.”

De Jager’s collaboration palette is packaged in a half-pink, half-black box with an illustration, dubbed “Temple Tutorials,” that gives fans a glimpse into her “crazy world” on the front. 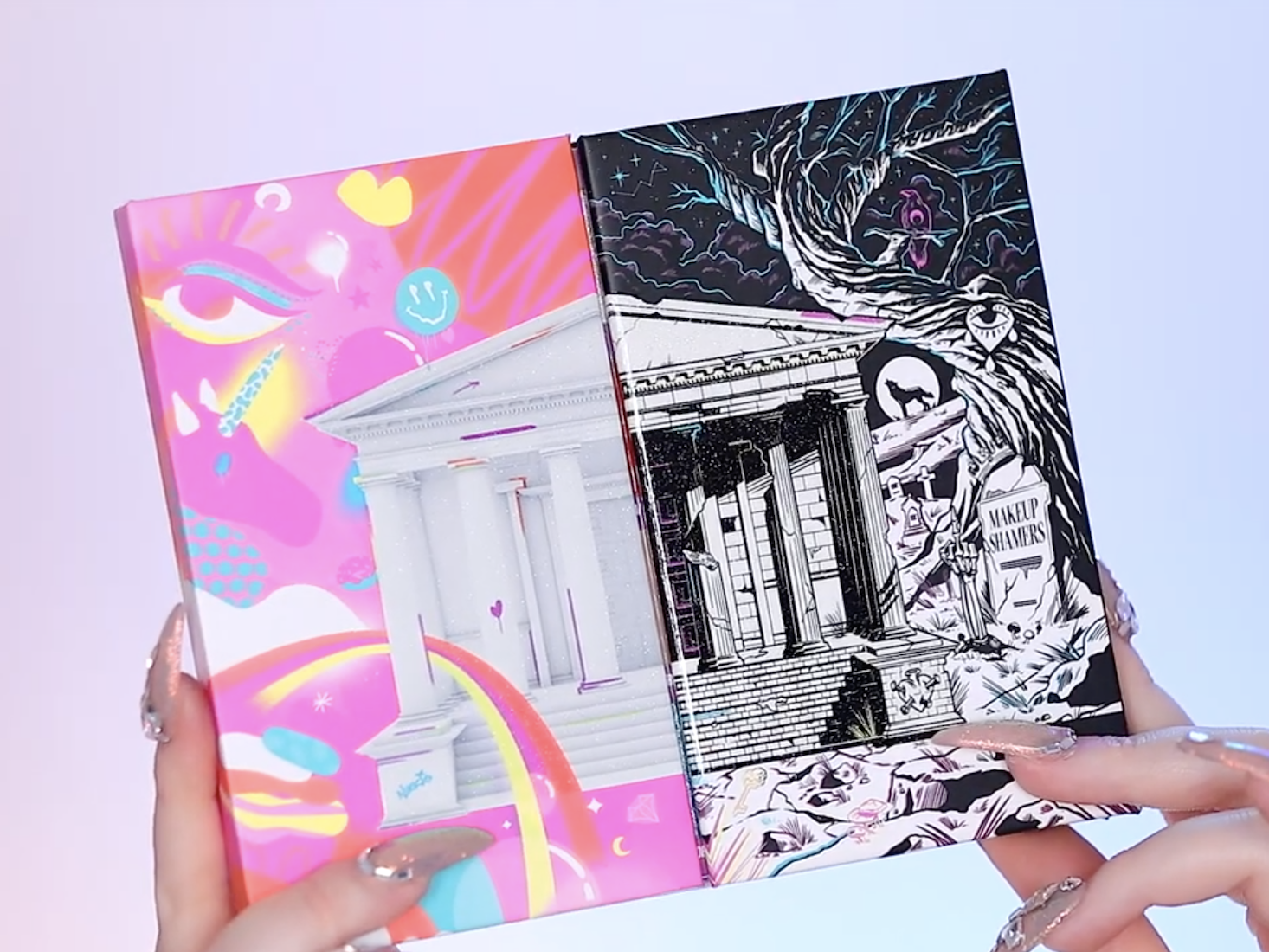 The two contrasting sides conceal two mirrors, one of which is magnifying. There are also 20 pressed-pigment shadows, each of which has a meaningful backstory, in matte, shimmer, and duo-chrome formulas.

Mikai, a vibrant red, for example, is described by de Jager as “the heart of the palette.” It’s placed directly in the middle, and was named after her younger brother who she said died a couple of years ago.

Pride, on the other hand, is a duo-chrome shadow that shifts between pink and blue depending on the light. De Jager said this particular shade was inspired by the transgender Pride flag.

There’s also a shimmering hazel shade called Mr. Tutorials, which was inspired by her fiancé Dylan’s eyes, and an orange pigment called Redemption, which honours her past and acknowledges that she now knows “how to negotiate and actually have a good deal.” 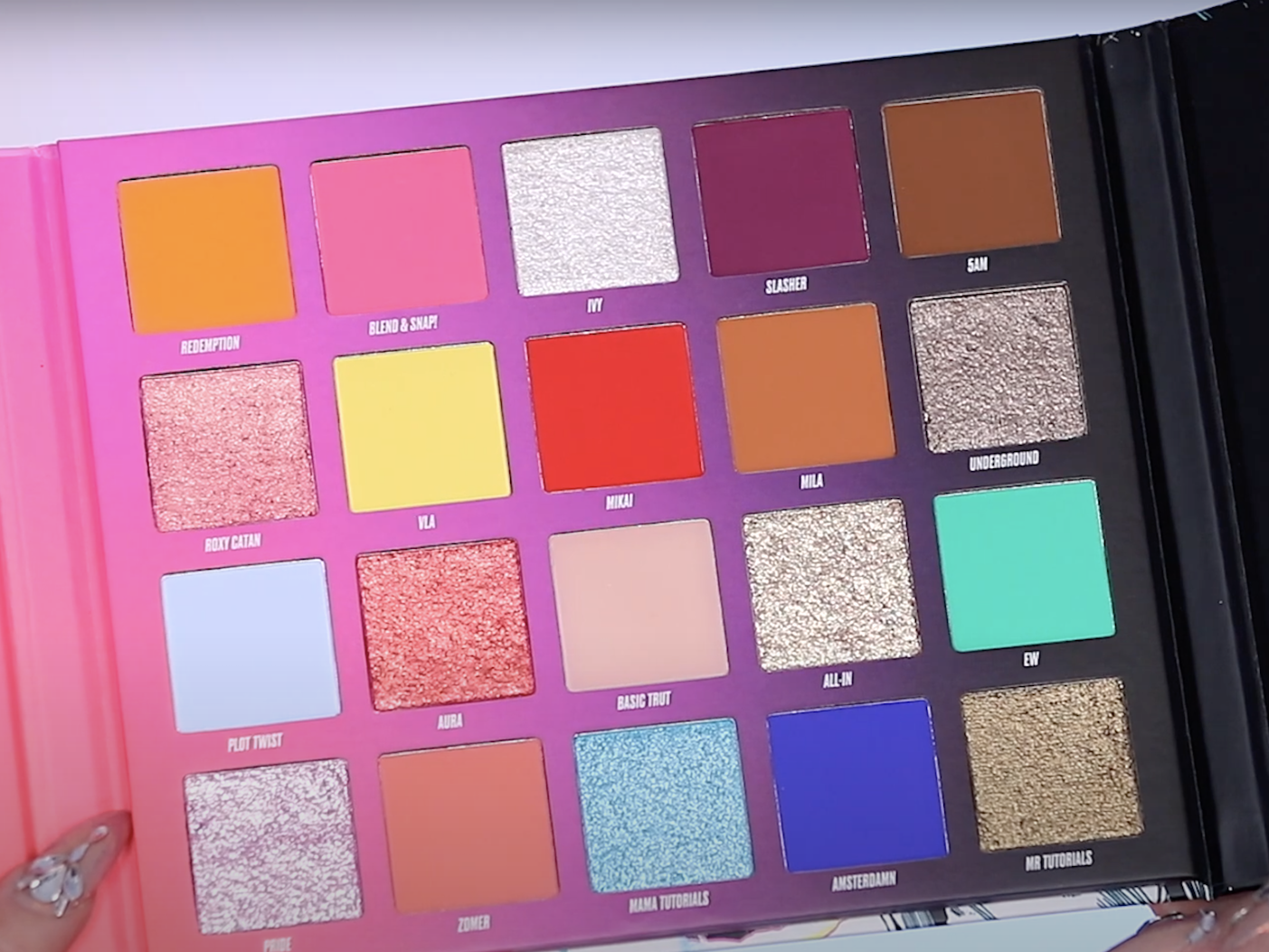 The NikkieTutorials x Beauty Bay eye-shadow palette retails for $US30, and will be sold online starting August 31 at 1 p.m. EST. Fifty random people who purchase the palette will also receive a ticket to a virtual, makeup masterclass hosted by de Jager.

On July 25, 2016, de Jager announced in a YouTube video that she’d collaborated with Too Faced Cosmetics on a limited-edition makeup line. One year later, however, the collaboration led to a bitter feud with the brand and makeup mogul Jeffree Star.

According to Here for the Tea, a YouTube drama channel, de Jager was paid a $US50,000 flat rate for a collaboration that sold over 150,000 $US56 products, equaling about $US8.4 million in revenue. And though she was supposed to be paid within six months – during which she wasn’t allowed to work with other brands – de Jager was reportedly paid by Too Faced after nine months.

In her new YouTube video, de Jager referenced the failed collaboration, and said it discouraged her from working with brands in recent years.

“Throughout the years, a lot of brands have contacted my team and they were like, ‘We really want to create something eye shadow-wise with Nikkie,” the YouTuber said. “The answer always was ‘No thank you, read what’s online.’ But the fact that I’m here with a palette already tells you more than enough. I have found trust again.”

“Let’s be honest – when this palette ordeal happened with the last brand, it almost cost me my career,” she later added. “People lost their faith in me, people didn’t want to believe a word I said anymore. It still is the most gross, foul thing to know, but we grow from here.”

Representatives for NikkieTutorials did not immediately respond to Insider’s request for comment.