Justin Sullivan/Getty ImagesNike shoes are displayed at a Macy’s store on September 22, 2020 in Corte Madera, California.

Nike soared as much as 16% in early Wednesday trading after beating expectations for fiscal first-quarter earnings and issuing optimistic guidance for the rest of the year.

The sportswear company continued to pivot toward online retail throughout the period. Digital sales rocketed 82% higher with double-digit gains in North America, China, Latin America, and the Asia Pacific region. The increase offset slowed sales at Nike’s physical retail locations, though the quarter did see nearly all stores reopen after months-long lockdowns.

Revenue: $US10.59 billion, versus the $US9.11 billion estimate from analysts surveyed by Bloomberg

Inventory: $US6.71 billion, versus the $US6 billion estimate


Read more:
Morgan Stanley’s US equities chief nailed his call for a short-term market meltdown. He now lays out the evidence that it may not end soon â€” and shares 15 stocks to buy ahead of the rebound.

“We’re getting stronger in the places that matter most. And even in the midst of disruption, we are on the offence,” CEO John Donahoe said in a Tuesday earnings call, according to a transcript provided by Sentieo.

“The consumer today is digitally grounded and simply will not revert back,” he added.

Matthew Friend, Nike’s chief financial officer, issued new fiscal 2021 guidance on the call. The company expects revenue to land in the high single-digits to low double-digits compared to fiscal 2020. The forecast arrives as most firms refrain from issuing such projections. Though Nike’s supply chain is still healing, “stronger-than-anticipated demand” will lift sales and drive “significantly” greater growth in the second half, Friend said.

The fiscal first-quarter metrics mark a sharp rebound from Nike’s previous earnings report. The company reported an unexpected quarterly loss of $US790 million after the pandemic roiled in-store sales and prompted an inventory glut from shuttered outlets.


Wondering whether to go long on growth or value stocks? JP Morgan’s take on EPS estimates could help answer the question. 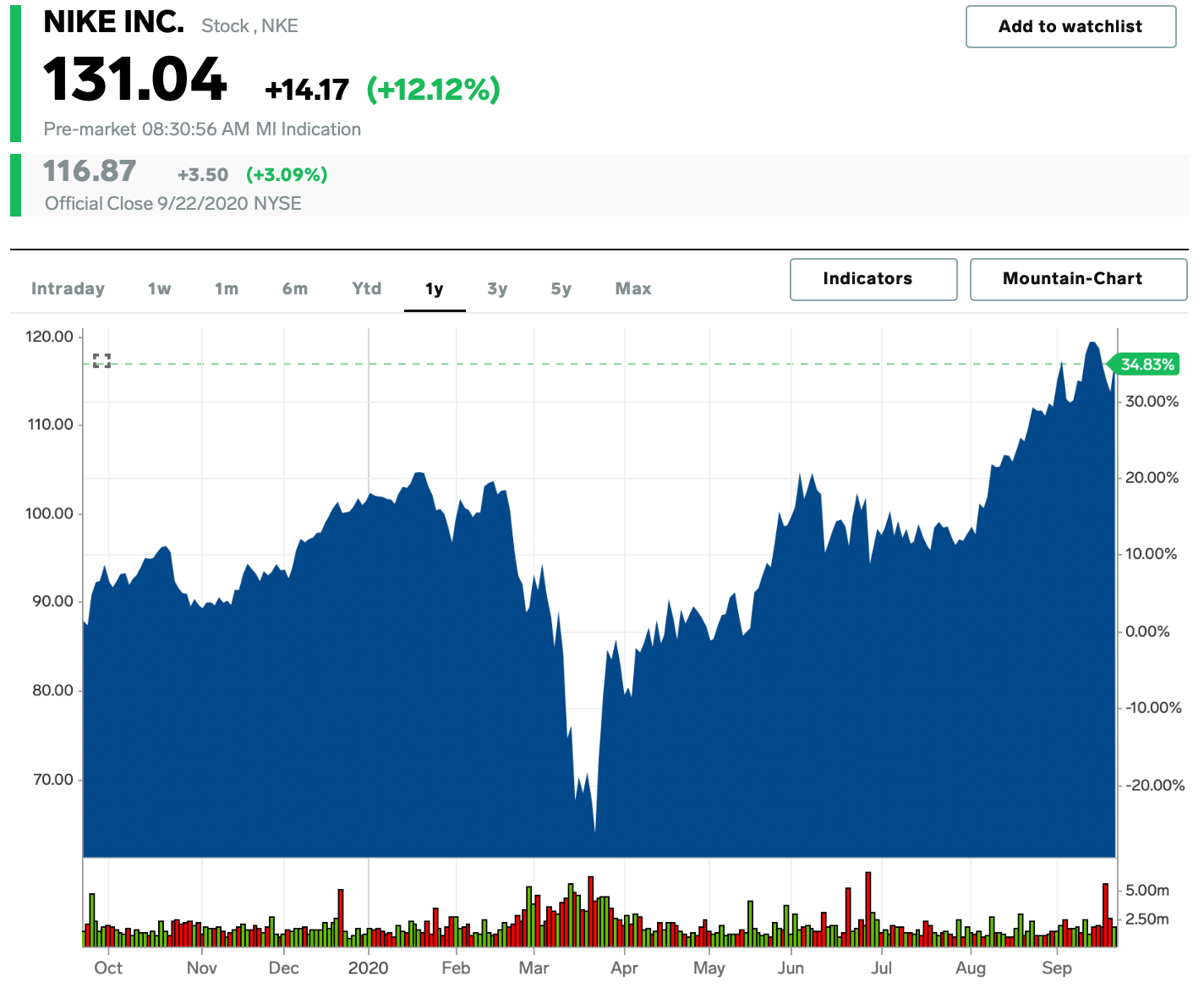