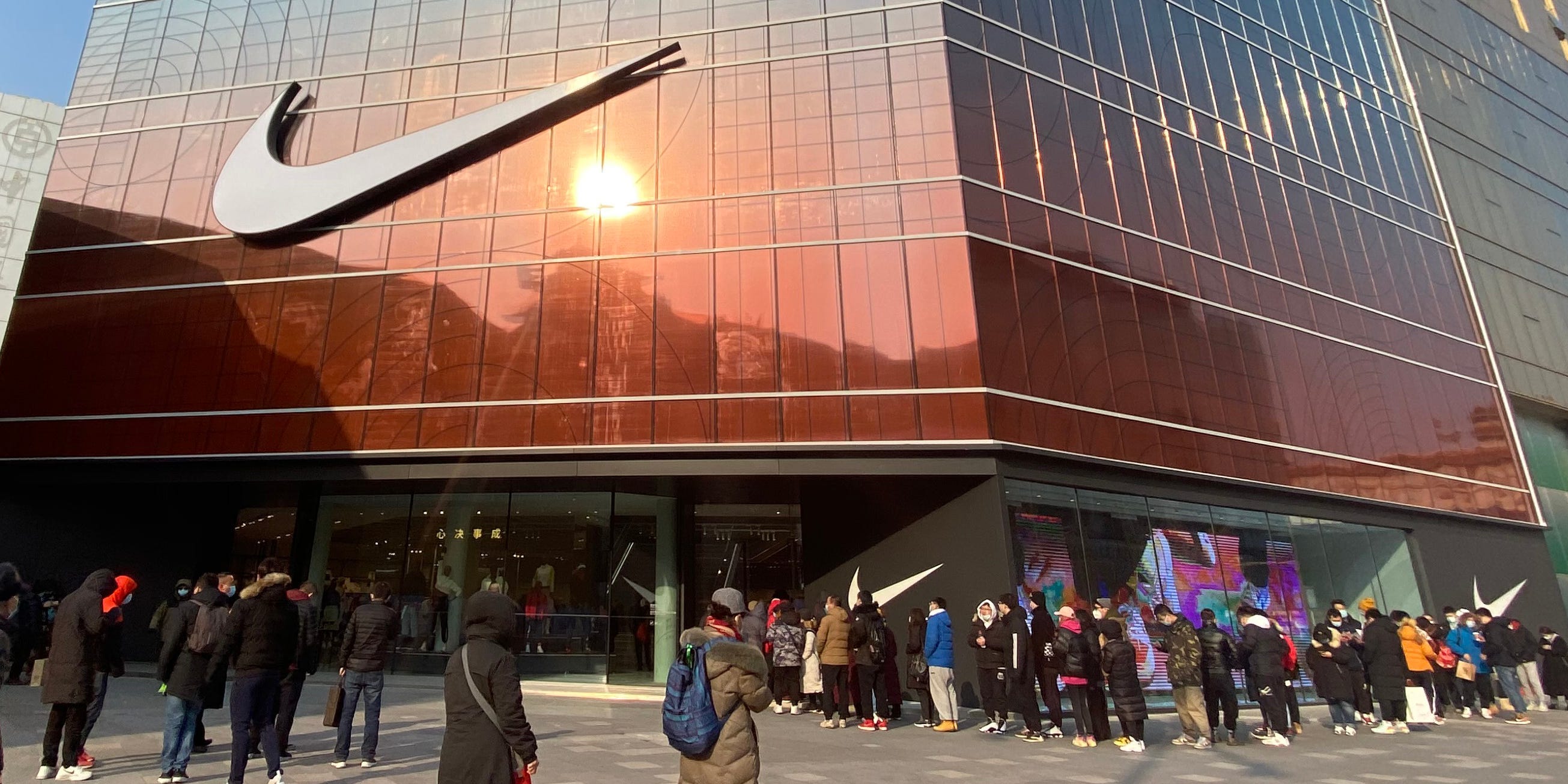 VCG/VCG via Getty ImagesCustomers lined up outside the Nike flagship store on the opening day at Wangfujing Street in January in Beijing, China.

Nike shares dropped Thursday as the company faced calls for boycotts and received backlash on social media sites in China over the company’s statement that it would not use cotton from a disputed region.

The sportswear company in a statement highlighted reports of forced labor of Uyghurs, a Muslim ethnic minority, in the Xinjiang Uyghur Autonomous Region. Nike said it does not source products from the region and that it has “confirmed with our contract suppliers that they are not using textiles or spun yarn from the region.”

Nike’s statement was not dated but was published after the US, the European Union, Britain, and Canada this week imposed sanctions on Chinese officials over human rights violations in Xinjiang. China responded with sanctions on European institutions and lawmakers.