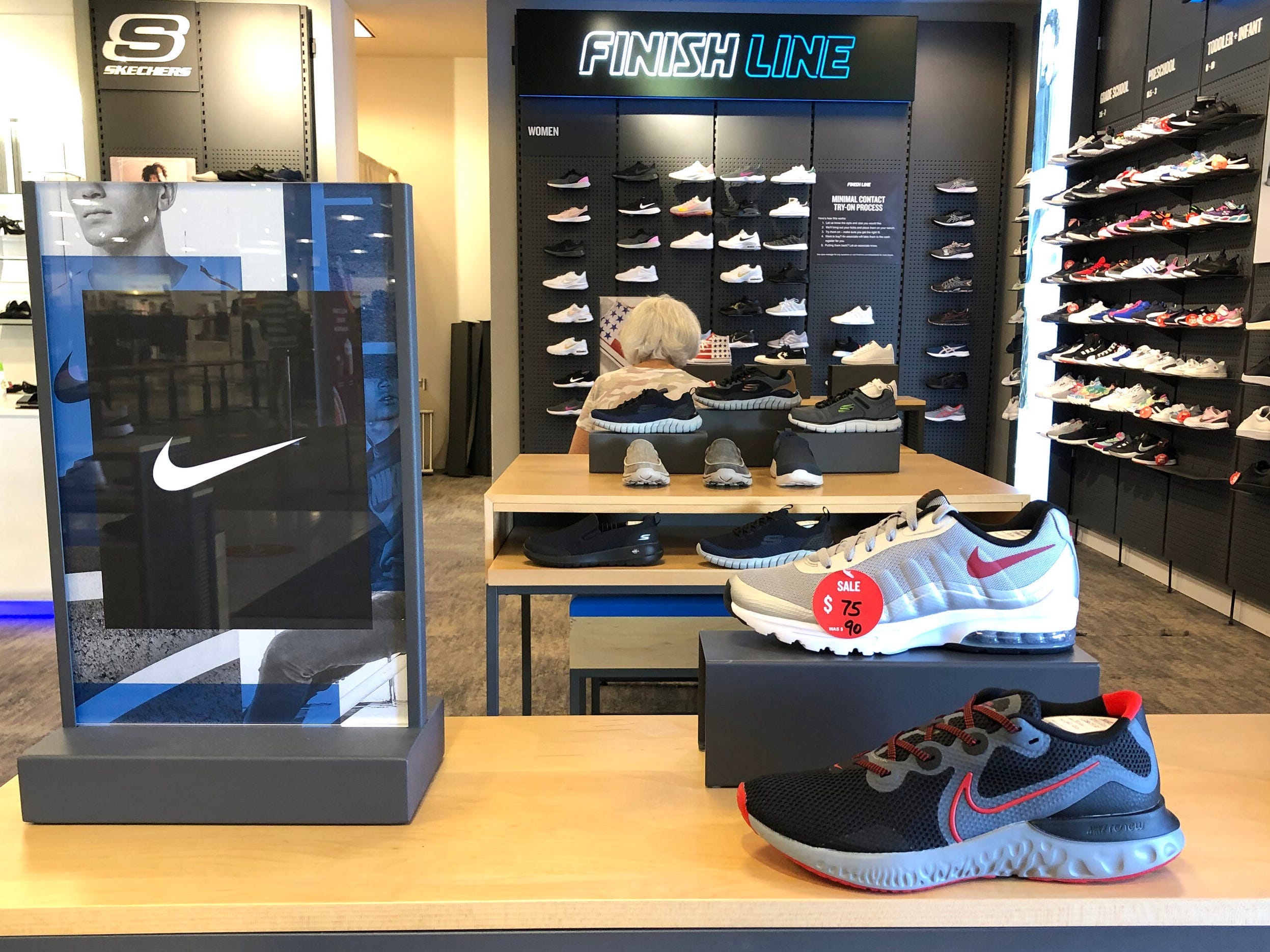 Nike’s CEO said online sales were the “new normal” after the brand’s digital sales skyrocketed 82% over the past quarter.

Online sales more than doubled in Europe, the Middle East, and Africa, the company said on Tuesday. Sales recovered to pre-pandemic levels in those regions, its financial statements showed.

“We know digital is the new normal,” CEO John Donahoe said during an earnings call. “The accelerated consumer shift toward digital is here to stay.”

Despite the rise in online sales, revenue for its wholesale business and Nike-owned stores fell during lockdowns. Nike, which sells clothing, footwear, and sports equipment, said fewer shoppers had visited stores during the pandemic, even though nearly all its stores were open during the last quarter.

Its total revenue for the three months to August 31 fell by 1% from last year, to $US10 billion, though that was up from $US6 billion in the previous quarter.

Nike’s total quarterly clothing sales fell 8% from last year, and its equipment sales dropped by 17%. The only product category to see an overall rise was footwear, with a 4% increase in revenue.

But these figures were all a significant improvement from the quarter that ended on May 31, when sales plummeted by 35% for footwear, 42% for clothing, and 53% for equipment compared with the same period in 2019.

The results exceeded analysts’ expectations, and Nike shares jumped 13% to a record high in late trading on Tuesday.

Nike’s sales in Europe, the Middle East, and Africa showed a strong rebound, more than doubling from the previous quarter. Sales in the quarter were 5% higher than in the same period in 2019.

Revenue hasn’t recovered in Asia Pacific and Latin America, falling 18% from the same period last year, driven by steep declines across all product categories. About 10% of Nike stores there remained closed, the company added.

Sales for its footwear brand Converse rose 1%, to $US563 million, because of strong demand in Europe and higher global digital sales, it said.

Nike’s net income rose by 11% from the previous year, to $US1.52 billion. Lower spending on selling and administration “more than offset lower gross margin and revenue,” it said.

Nike’s gross margin across its Nike and Converse brands fell by 0.9%. This is because it introduced bigger promotions to reduce excess inventory and incurred higher supply-chain costs, the company said.

“We continue to drive investment in capabilities that will fuel our consumer-led digital transformation, catalyzing long-term growth and profitability for Nike,” Friend said.