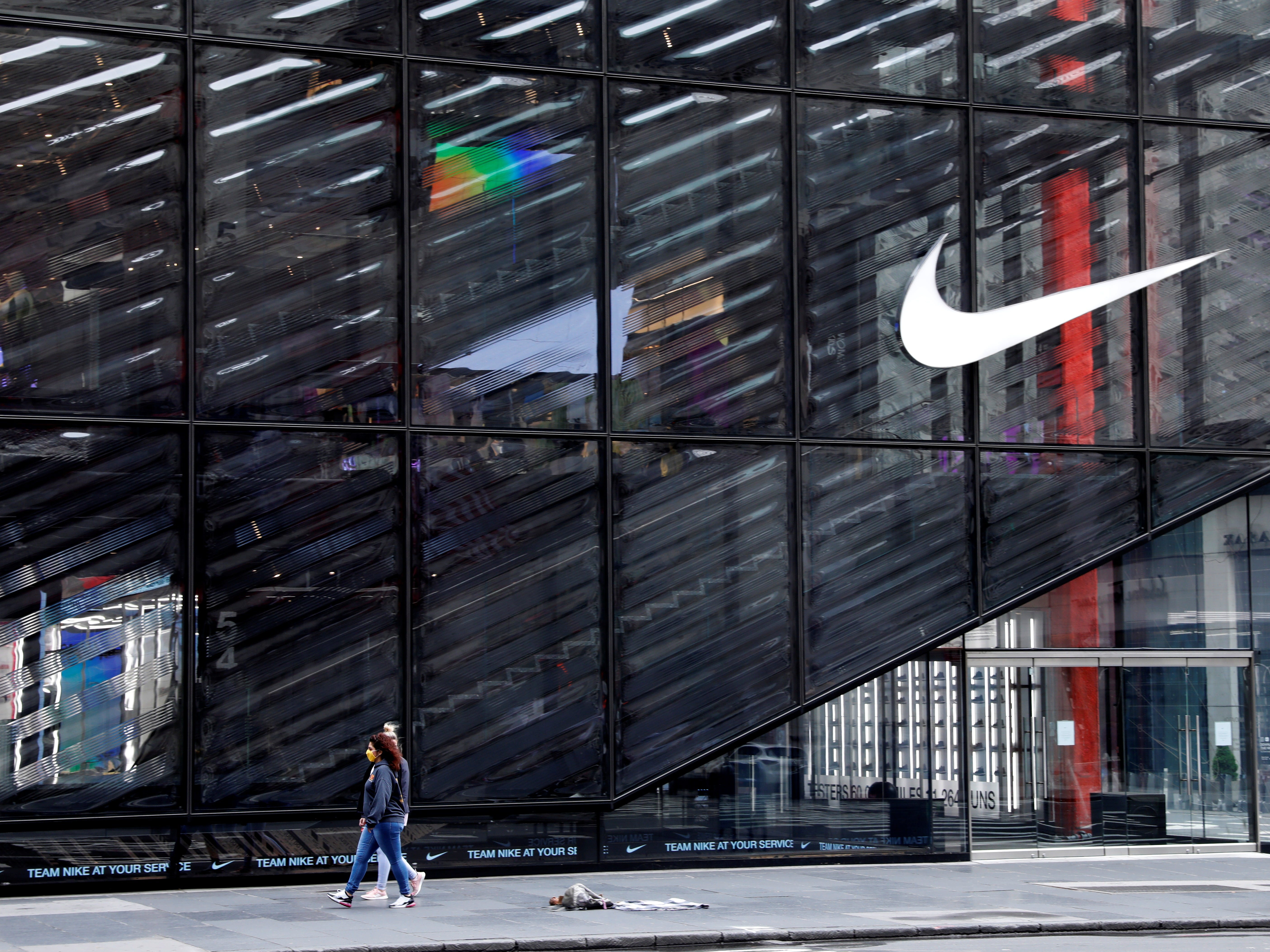 ReutersClosed luxury retail stores on Fifth Avenue in Manhattan during the coronavirus outbreak.

Nike is laying off some of its staff, the company confirmed to Business Insider.

CEO John Donahoe announced the layoffs – expected to occur in phases, starting in July – in a companywide email on Thursday. The email, which Complex saw, did not specify how many employees and which departments would be affected but mentioned that workers at Nike’s retail stores, distribution centres, and manufacturing facilities were not expected to be among those laid off.

Donahoe said the layoffs were not related to the pandemic or costs but described them as an effort to restructure the “overburdened matrix” of the company, according to Complex.

Nike told Business Insider that any money saved would be “reinvested” in the company.

“Consumer Direct Acceleration is the next digitally empowered phase of our strategy,” Nike said in a statement. “We are building a flatter, nimbler company and transforming Nike faster to define the marketplace of the future. We are shifting resources and creating capacity to reinvest in our highest potential areas, and we anticipate our realignment will likely result in a net loss of jobs.”

The announcement came shortly after Nike reported a net loss of $US790 million in the fourth quarter, partly the result of the COVID-19 pandemic’s impact on stores across North America.

“These decisions are exceptionally difficult because they impact friends and colleagues at Nike,” Donahoe wrote in the email, according to Complex. “You have my personal commitment that we will put people at the centre throughout this entire process. We will support everyone impacted by this transition.”

In its statement to Business Insider, Nike said, “We are committed to showing compassion and respect for our transitioning employees through thoughtful and robust severance practices, consistent with our company values, our legal obligations, the competitive marketplace and individual employee situations.”


If you’re a Nike employee with a story to share, email [email protected] or message this reporter via the encrypted messaging app Signal at +1 (646) 376-6018 using a nonwork phone.